SALT LAKE CITY – Utah beat Arizona 70-64 on Saturday for its first-ever win over the Wildcats in Pac-12 history and, in doing so, all but wiped out UA's hopes of another conference title.

Brandon Taylor fired in a three-pointer with 41 seconds left as Gabe York fell over while defending him, to give the Utes a five-point edge. York missed an ensuing three and Taylor later hit one of two free throws for the six-point margin.

Having blown its 11-point halftime lead, Utah finished the game on a 7-0 run while UA missed eight of its final nine shots. The finish was a complete opposite of last year's matchup at the Huntsman Center, when Arizona kept the Utes scoreless for the final 1:57 of the Wildcats' 63-57 win.

The loss dropped Arizona to 22-7 overall and 10-6 in the Pac-12, where the Wildcats are now likely unable to win at least a share of a third straight conference title after winning it outright in the past two seasons.

Allonzo Trier led UA with 23 points. The Wildcats shot 42.6 percent but allowed the Utes to make 49.2 percent of their shots, including a 60-percent rate in the first half.

Utah came back to take a 66-64 lead with 1:55 left after Jakob Poeltl hit the second of two free throws and Trier missed a 15-foot stepback jumper before Taylor put the Utes ahead by five with his three-pointer.

Arizona went on a 17-5 run to start the second half and then completely erased Utah’s 11 point lead when York hit a 12-foot jumper with 14:23 left. That gave UA a 46-45 lead and, while it was quickly matched by a layup from Poeltl, the Wildcats later took leads of up to four points late in the half.

But Arizona missed a chance to go further ahead at the midway point of the second half when Parker Jackson-Cartwright’s three-pointer was ruled, after an officials’ review, to have been taken after the shot-clock buzzer.

The game then went into the final three minutes with just one possession separating the teams.

In the first half, Utah shot 60 percent from the floor to take a 40-29 halftime lead.

Lorenzo Bonam and Poeltl each had nine points in the first half for the Utes, who also outrebounded UA 19-13 and dominated the Wildcats inside with 28 points in the paint.

It was the Wildcats' biggest halftime deficit of the season, though the Wildcats had twice been down by 10 at halftime (at Gonzaga and against UCLA at McKale Center) and won.

The Utes took their first double-digit lead, 36-25, with 3:26 left when Taylor stole the ball from York and drove down for a layup.

Earlier in the game, Utah opened an 18-13 lead when Kyle Kuzma hit a three-pointer with 12 minutes left and both teams went on mini-streaks through the middle of the first half.

UA scored five straight to pull within 10-18 but the Utahes rattled off seven straight from there, including a goaltending call against Kadeem Allen, to go ahead 27-13. At the same time, Poeltl drew a second foul by Kaleb Tarczewski with 9:52 left.

Arizona had won 12 straight games against Utah, including nine since the Utes joined the Pac-12 in 2011.

Get a recap of news from Arizona's game against Utah.

Utah beats Arizona for first time since joining the Pac-12.

Seen and heard at the Huntsman Center during Arizona's game against Utah. 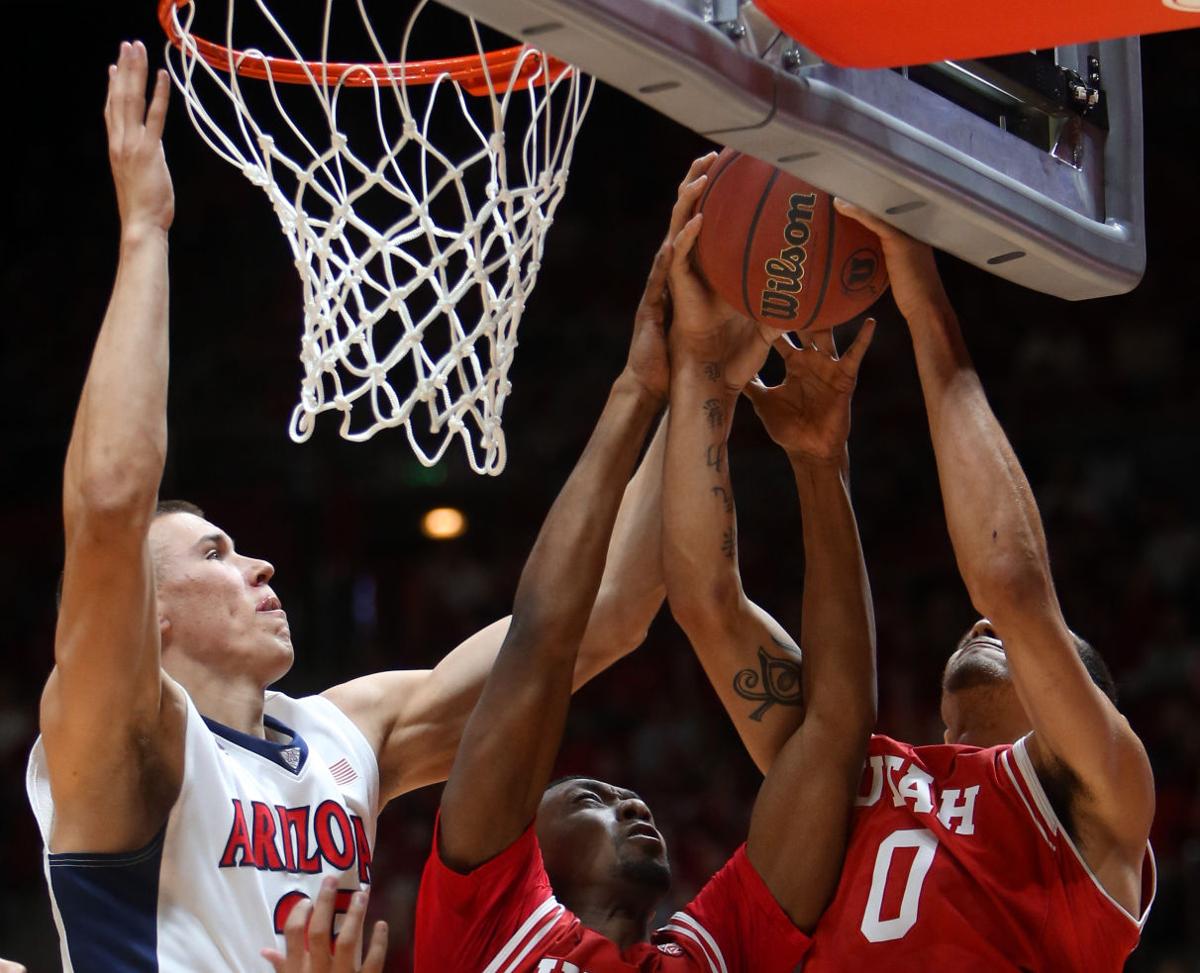