It was a “pinch-me” kind of performance for the Cardinals, who had considerable hype coming into the season but performed better than anyone could have dreamed in a stellar 38-13 win over the Tennessee Titans on Sunday.

Kyler Murray looked like an MVP candidate, throwing for 289 yards and four touchdowns while also running for 20 yards and a touchdown. He made multiple beautiful passes, including a rainbow 26-yarder to Christian Kirk that was a highlight.

“He had five touchdowns,” Hopkins said. “He prepared like he was going to have five touchdowns. He demanded everybody else to be on their `A’ game. When we messed up, Kyler was the first one on us. I expected that out of him the way he’s prepared this offseason.”

Said coach Kliff Kingsbury: “He’s just taken ownership of this team. He knows it’s his team and it’ll go as far as he takes us. He’s embraced that and worked hard at it and he’ll continue to do so.”

Veteran linebacker Chandler Jones had arguably the best game of his career with five sacks. The 31-year-old Jones is in the last year of his contract, wants a new deal and played like a man who deserves it, terrorizing Tennessee’s left tackle Taylor Lewan and quarterback Ryan Tannehill all afternoon.

Jones missed the final 11 games last season with a torn biceps and reminded the Cardinals of just how good he can be.

Now the trick is for the Cardinals to sustain success. Arizona started last season with a 6-3 record but stumbled to a 2-5 mark down the stretch and missed the playoffs.

“How do you sustain it?,” Murray said. “You’ve got to keep working hard. Keep that mindset, and that’s what we’ll do. I won’t let our offense get complacent. We know how good we can be. We know the sky’s the limit for us.”

The Cardinals still aren’t the most disciplined team in the world. That had four penalties on the opening drive, one reason they settled for a field goal instead of a touchdown. Arizona settled in after the mistake-riddled first quarter, finishing with eight penalties for 59 yards. But considering Arizona was the NFL’s most penalized team in 2020, it’s something worth watching.

Simmons. The second-year player is starting to look like the cornerstone the Cardinals envisioned when they selected him with the No. 8 overall pick in 2020. Simmons was all over the field against the Titans with a team-high nine tackles, two passes defended and an interception.

WR Andy Isabella. He was the only player who didn’t appear in the game besides backup quarterback Colt McCoy. Isabella was the team’s second-round pick in 2019 but nearly three years later, it’s clear the Cardinals don’t have a great idea where to use him. What’s more, rookie WR Moore looked good in his first game and is doing a lot of the things that Isabella was expected to do.

Kingsbury said right tackle Kelvin Beachum is “day to day” with a rib injury. The Cardinals are deep at the spot, inserting Justin Murray, who started at right tackle for the Cardinals in 2019.

As good as the Cardinals were on Sunday, we’ve seen a version of this movie before. Arizona was one of the NFL’s best offensive teams in 2020 through nine games before things fell apart down the stretch. It’s up to Kingsbury, Murray and everyone else to keep things fresh and sustain success, starting with a home game against the Vikings on Sunday.

Who: Vikings at Cardinals 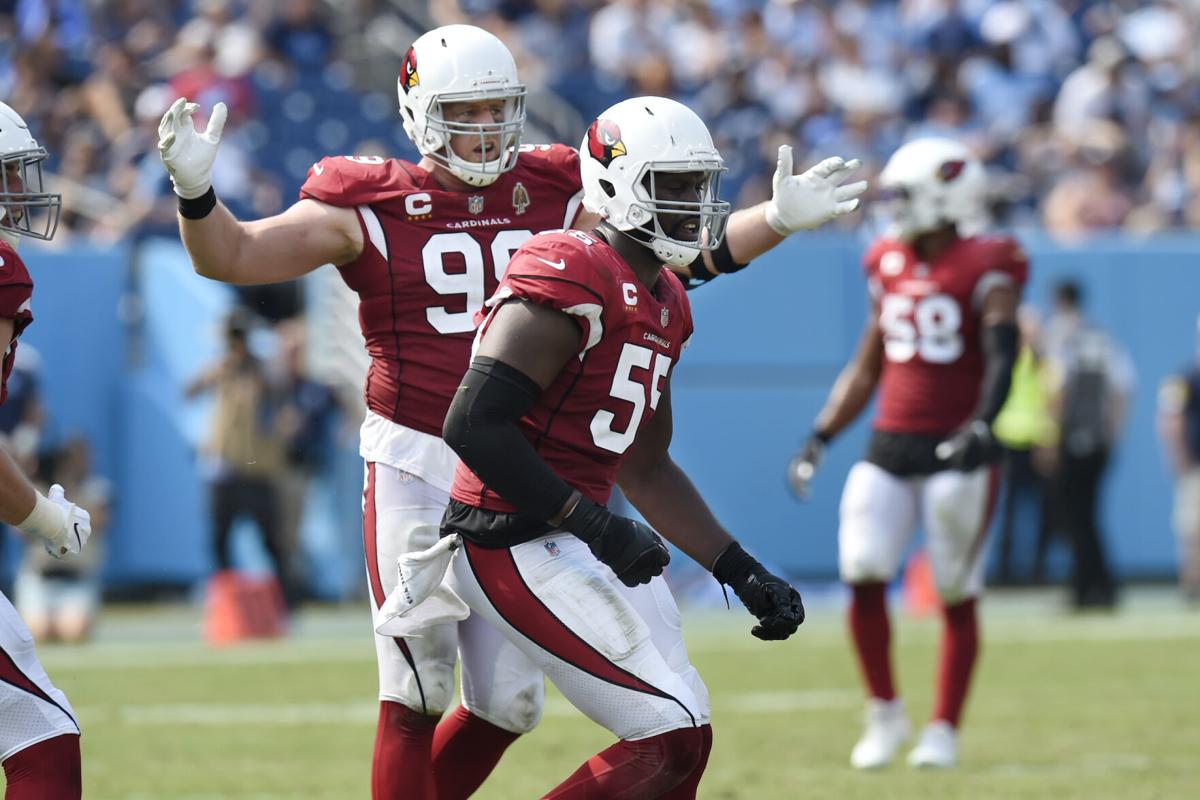 Cardinals linebacker Chandler Jones (55) is cheered by defensive end J.J. Watt (99) after one of Jones’ five sacks Sunday in Arizona’s 38-13 win at Tennessee. 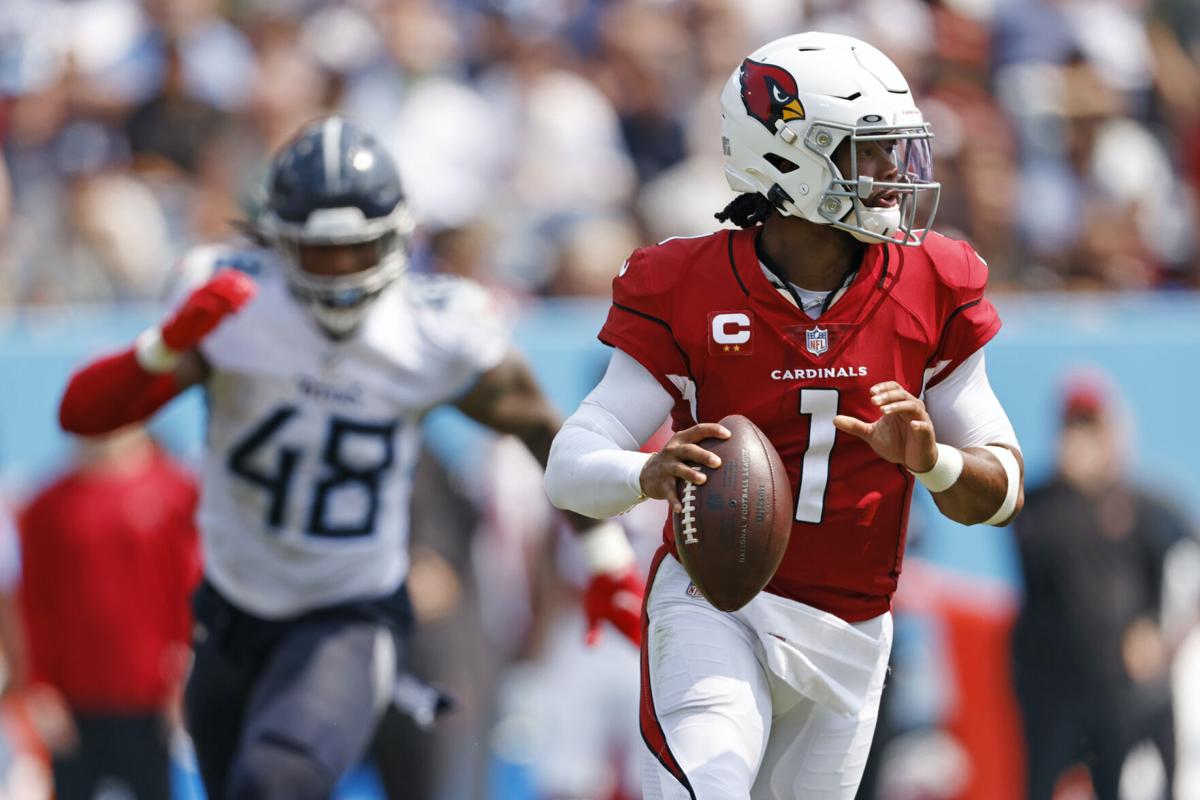 Cardinals quarterback Kyler Murray, right, threw for 289 yards and four touchdowns and ran for another score in the blowout win at Tennessee.