Read Today's E-Edition
Share This
Chase Budinger talks about Lute Olson's influence, his transition to volleyball — and what's in store this weekend
Share this
Justin Spears

Chase Budinger stepped inside Footprint Center in Phoenix on Friday for the AVP Phoenix Championships, marking his first time in the arena since April 13, 2016.

Back then, the arena was known as Talking Stick Resort Arena. And Budinger was, well, playing a different sport. The former UA basketball star scored six points and had five rebounds, two assists and two steals in the Phoenix Suns’ 114-105 win over the Clippers. He signed with the Brooklyn Nets for the following season, but did not appear in a regular-season game. Budinger’s NBA career ended after seven season spent with the Rockets, Timberwolves, Pacers, Suns and Nets.

“Being back inside an NBA arena is going to bring back a lot of memories for me, and I think it might be the first I’ve been in an NBA arena since I kind of retired from basketball, so I’m definitely going to get the feels and chills when I walk into the arena yet again,” Budinger said. “But I think it’ll be such a cool atmosphere for anyone. They have a cool vibe and it’s all decked out, so I really encourage people to come out and watch.

“It’s going to be high-level volleyball and it’s going to be entertaining, and they made it real fun for the fans. It’s cool, because it’s the first time they’re having it inside an arena.”

Budinger talked with ESPN Tucson’s “Spears and Ali” about his volleyball experience, shared memories of Arizona and discussed playing in the upcoming Olympics, among other things. Here’s what he said:

How do you reflect on your time at Arizona?

A: “I had an unbelievable time at Arizona for my college experience. I made some of my best friends that I still have today, some great teammates, and it’s something that I’ll never want to pass up on. The only downfall is that I didn’t have Lute Olson for my whole career (before he retired). I only got him for my first full year, and I really do believe that if I had him for all three years, I probably could’ve been a better NBA player than what I was. That’s how much I loved and appreciated how good Lute Olson was as a coach.”

What was the relationship like between you and Olson?

A: “He was a coach that always gave you confidence. He didn’t speak a ton, but when he did speak, he was very direct and to the point. Mostly what he had was good knowledge with whatever he was saying. He was all about the basics and teaching you how to play the right way. But it was always that confidence he gave you. He always instilled that in me as a player.”

How did life steer to playing professional beach volleyball?

A: “This was kind of always the plan to continue to play beach volleyball when I was done with basketball, as long as my body was still healthy and take the grind of it. This was the plan, and one of those things that helped me make the decision was seeing these guys who have been playing for so long. They’re playing at their highest when they’re 40 years old or in their high 30s. I wanted to continue this career and I know I can play beach volleyball for another eight years and not take that grind I was taking on my body.”

Was it difficult to make the transition as a pro beach volleyball player?

A: “Yes, it was. The first year, I definitely struggled a lot and had ups and downs. I was trying to play the elements, which I hadn’t really thought about. Every tournament is different because sometimes you have to play when it’s really windy out or you play in a city where it’s so hot and humid out, so you’re drenched in sweat the whole time. Sometimes it’ll be super cold out and rainy, and you have to play through those elements. That was something I had to adjust to my first year, and just being the most consistent player I can be playing with those elements.”

Are you hoping to represent Team USA in the 2024 Summer Olympics in Paris?

A: “It’s always been one of my top goals. One of my goals that I set when I first started playing beach volleyball was making the Olympics, so I’ve gone through a two-year period of international tournaments, where you travel and get points if you do well.”

You and your wife Jessica recently welcomed a baby into the world. What’s fatherhood like?

A: “Yes, we did. He’s my first son. He’s 11 weeks old and his name is Beckham — Beckham Budinger. It’s been a great transition. Fatherhood is tough, it’s a grind and there’s a lot of sleepless nights, but it’s a great journey and it’s been great so far. He’s starting to laugh, smile at us and kind of recognize us, so every time we get that it just warms the heart. Nothing is better than those smiles.”

Basketball season is almost here. What are your thoughts on the current era of UA hoops?

A: “I think they’re in great shape with Tommy Lloyd at the forefront leading the squad. He’s come in and done a great job in the first year, and you can see that he got guys ready for the NBA. You can see how high they were drafted when they were never thought of to go that high, so he’s a great coach. The players respect him, he knows how to get them better and he obviously knows how to recruit, too, so we definitely are in great hands.”

For subscribers: The Star's longtime columnists asks — and answers — the big questions ahead of Saturday afternoon's game.

Arizona-Cal storylines: On the Plummer brothers, Jayden de Laura’s confidence and the end of Pac-12 divisions

For subscribers: A look at five storylines surrounding the Wildcats’ game against the Golden Bears on Saturday in Berkeley.

Final scores from around Southern Arizona.

The Wildcats will open the traditional part of Pac-12 play on New Year's Eve at ASU.

Kylan Boswell decided to enroll at the UA early. "I felt like I made the smartest move for sure," he says.

It appears retirement will wait one more year for Andre Iguodala.

News and notes from around Southern Arizona. 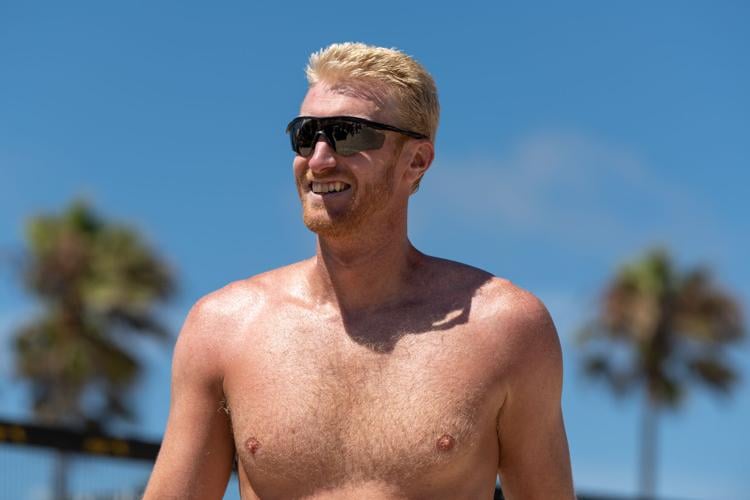 Former Arizona Wildcat Chase Budinger took up professional beach volleyball after retiring from the NBA. This weekend, he’s playing a tournament at Footprint Center in Phoenix. 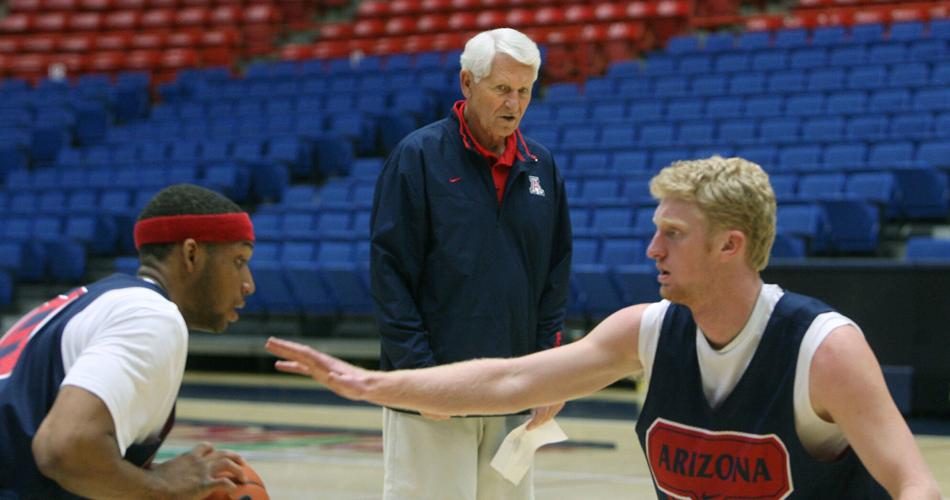 Chase Budinger, right, says he wishes he would have played for Lute Olson for his entire college career. “I probably could’ve been a better NBA player than what I was,” he said. “That’s how much I loved and appreciated how good Lute Olson was as a coach.” 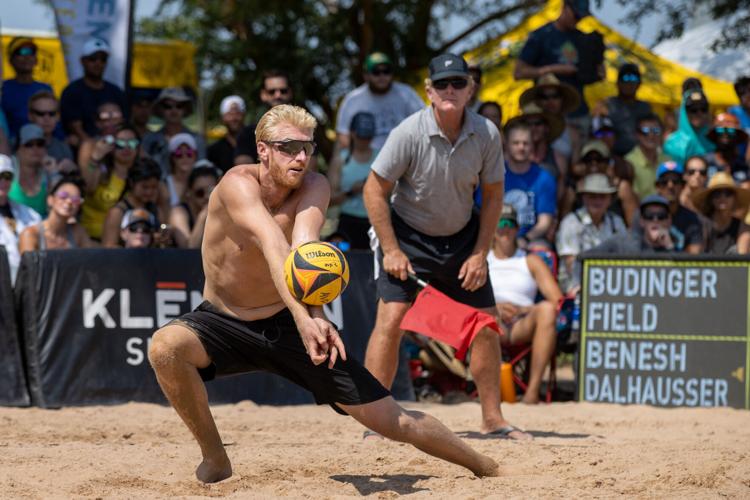 Chase Budinger, 34, says he can play beach volleyball “for another eight years and not take that grind I was taking on my body.” 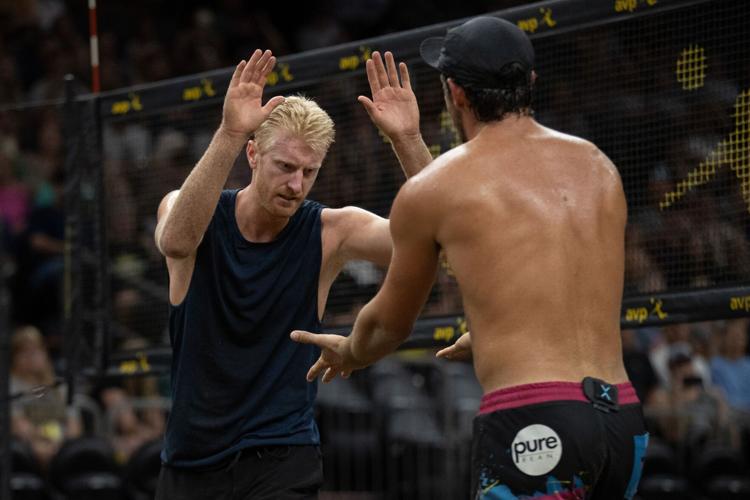