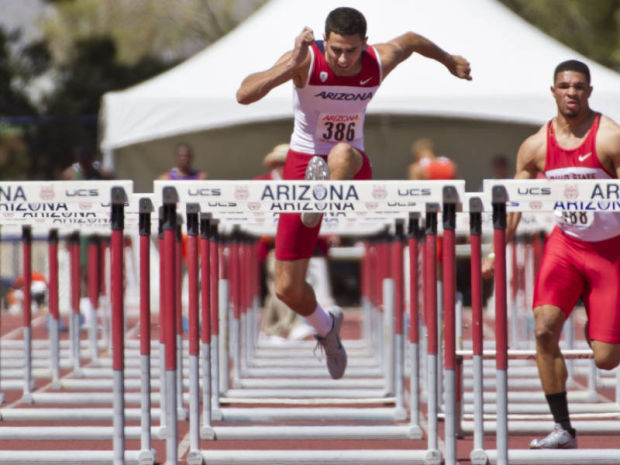 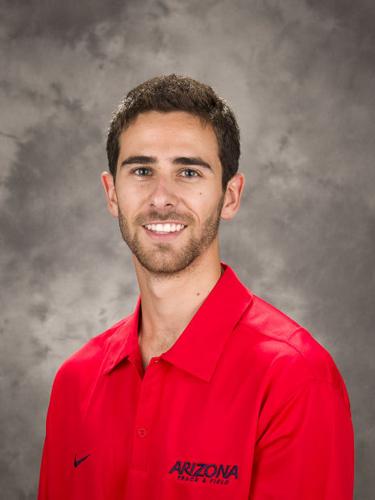 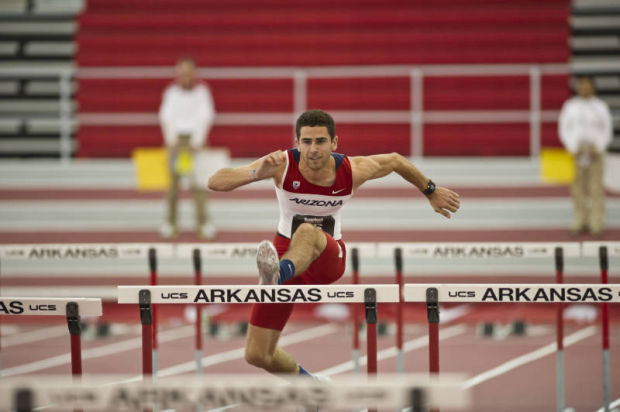 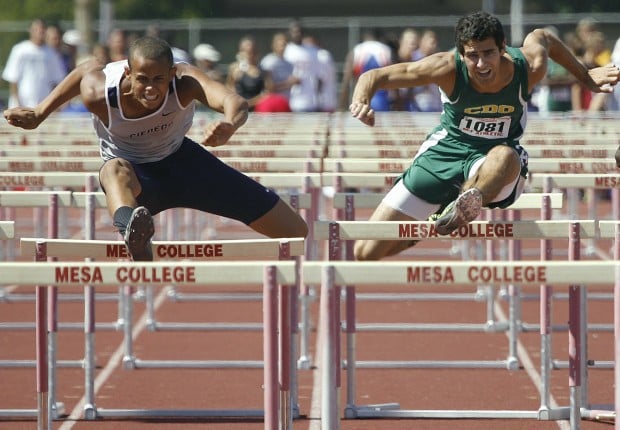 It comes down to the wire as Cienega's Edgar Poe, left, is narrowly defeated by CDO's Lezo Urreiztieta in the 110 meter hurdles for Division II during the final day of the 2011 Arizona State Track and Field Championship held at Mesa Community College.

“We are deeply saddened by the passing of Lezo Urreiztieta,” UA coach Fred Harvey said. “He was an important part of our Wildcat family and his passion for life and our sport will be truly missed. We extend our support and condolences to his family and friends for their loss. Lezo was proud to be a Wildcat.”

Urreiztieta checked into University of Arizona Medical Center Thursday for surgery to fix a pre-existing brain condition, friends said. His brain swelled, causing a series of strokes. The sophomore was put on life support Friday.

Athletic director Greg Byrne said in a statement that “the unfortunate passing of someone so young and full of life affects us all. He was an excellent student, in addition to being a valued member of our track team and the Arizona Athletics community.”

Longtime CDO track coach Rick Glider said today that Urreiztieta was one of the best 110 hurdlers the Dorados had in his 20-plus years of coaching. Glider said was a thrill to watch Urreiztieta run track for the UA. Gilder said he didn’t know Urreiztieta was going in for surgery. He was shocked when his co-coach, Michelle Gerard, told him the news yesterday.

“I remember him winning the state title, just a couple years ago in the hurdles,” Glider said. “His efforts were one of the reasons we finished second at state. He was a team leader and a fantastic kid all around. He was willing to help out whenever possible, willing to work hard and was a coach’s dream.

“It really hurts, it really does. You’d be proud to call him your son.”

As a senior in 2011, Urreiztieta helped the Dorados to a second-place finish in in Division II. He narrowly won the individual title in the 110-meter hurdles in 14.70 seconds at the state meet. He also finished sixth in the 300 hurdles in 40.49.

Earlier that season, he won both the 110 and 300 hurdles at the Willie Williams Classic, which is held at the UA's Roy P. Drachman Stadium and considered one of the biggest high school meets of the season.

Urreiztieta is survived by his parents, Izaro and Melissa, and a brother, Gaizka, who is also a UA student. Services are pending.

It comes down to the wire as Cienega's Edgar Poe, left, is narrowly defeated by CDO's Lezo Urreiztieta in the 110 meter hurdles for Division II during the final day of the 2011 Arizona State Track and Field Championship held at Mesa Community College.