Bryce Harper, Jean Segura and Marchand each had two hits for the Phillies, who have won three in a row and remained 4 1/2 games behind NL East-leading Atlanta.

“We know what we have to do,” Galvis said. “We’re going to win some games and lose some games, but we’ve got to have short memories and turn the page to the next game.”

After the Diamondbacks closed to 5-4 in the eighth, Marchand and Jankowski tripled to give Philadelphia some needed insurance in the bottom half.

“Adding on in the eighth was really important and great to see,” Phillies manager Joe Girardi said.

Ranger Suarez (6-4) allowed only one run in 5 1/3 innings. In six starts since leaving the closer’s role to solidify the back of the rotation, he is 1-1 with a 2.03 ERA in 26 2/3 innings. He was effective with a slider that kept the Diamondbacks hitters off balance during his five-strikeout performance.

“I’ve been practicing that pitch in the bullpen and my flat ground,” Suarez said. “I felt comfortable with it and I used it more today.”

Ian Kennedy pitched a perfect ninth for his 21st save of the season and fifth since the Phillies got him from Texas at the trade deadline.

“I had no feel and no idea where the ball was going,” Bumgarner said. “The slider was backing up. It was really bad — as bad as I’ve thrown in a long time and it could have been a lot worse, honestly. I was throwing fastballs in the dirt warming up (on the game mound) and that’s something I never do.”

Nick Ahmed had three RBIs, including a two-run single in the eighth for the Diamondbacks.

Philadelphia scored twice in the first on an RBI single by Andrew McCutchen and a sacrifice fly by Galvis.

Arizona catcher Jake McCarthy recorded his first major league hit when he doubled home a run in the second.

“It was nice to get that first one out of the way, but we came up short,” McCarthy said. “But it’s sort of a bittersweet moment.”

Galvis had a two-run single as the Phillies took a 5-1 lead in the fifth.

“I tried to stay short to the ball and tried to drive that run,” Galvis said. “I’m glad that it happened.”

Ahmed hit an RBI double in the seventh, then singled in the eighth to get Arizona within a run.

Philadelphia released pitcher Chase Anderson, who had been designated for assignment earlier in the week. Philadelphia also placed shortstop Didi Gregorius on the paternity leave list, calling up infielder Nick Maton in his place.

New NIL rules allow players to cash in — but first, they have to win

Stanley Berryhill III doesn’t yet have his own berry flavor at Eegees, running back Stevie Rocker isn’t promoting a gravel company, and offensive lineman Jordan Morgan isn’t sponsored by Raising Cane’s — yet — even though he credits the chicken joint for the weight he's gained since entering college.

Who is poised to break out for Arizona in 2021? Try these five Wildcats

Jalen Harris, Christian Roland-Wallace and Michael Wiley are among the UA players in line for career years.

The talented sophomore earned a scholarship offer from the University of Arizona in April. 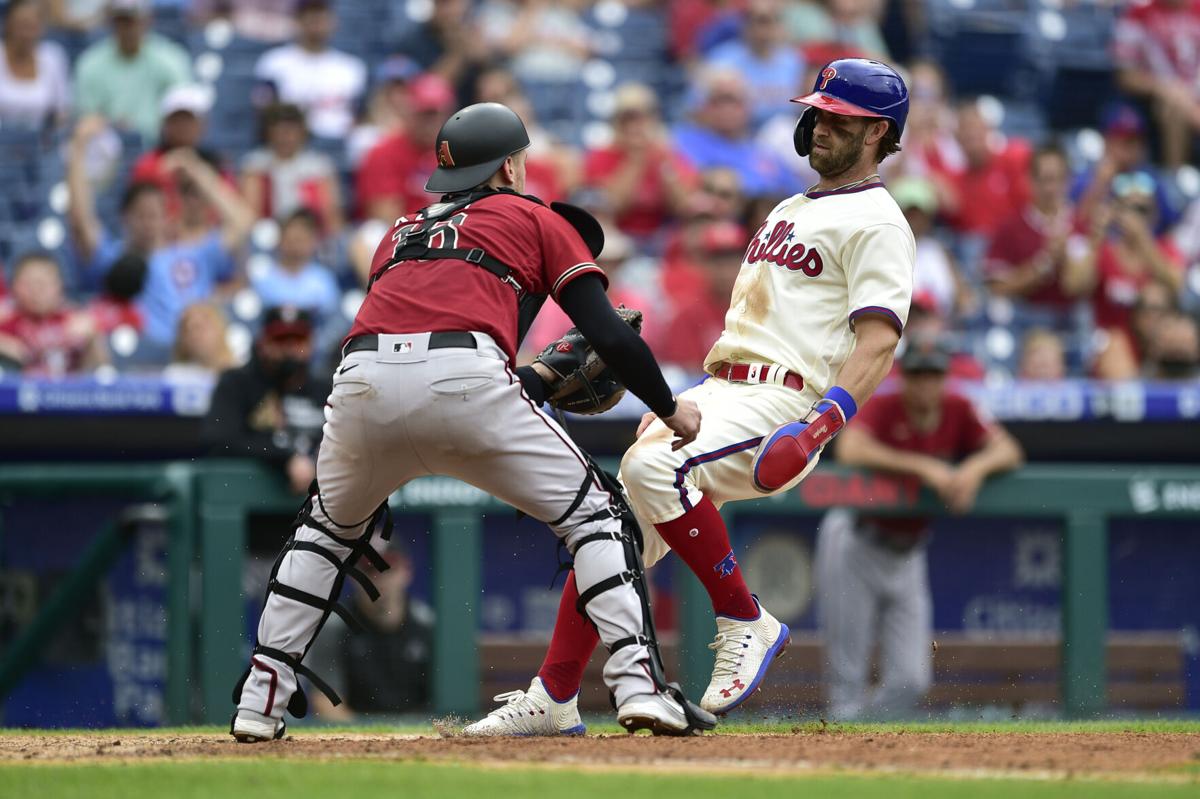 Bryce Harper, right, is tagged out at home by Arizona’s Carson Kelly in the seventh inning Sunday. The D-backs lost 7-4 and now have twice as many losses as wins this year. 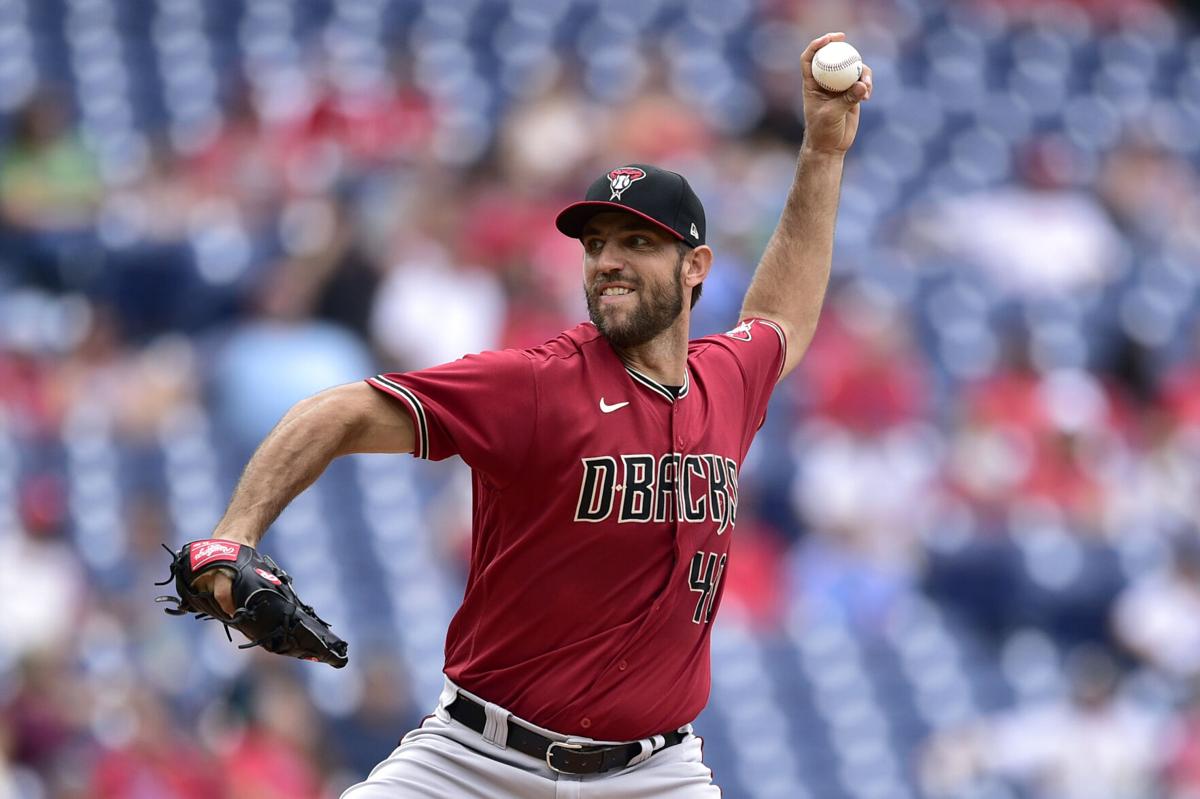 “I had no feel and no idea where the ball was going,” said Arizona's Madison Bumgarner, who fell to 7-9. “The slider was backing up. It was really bad — as bad as I’ve thrown in a long time."