The win was a long time coming for Arizona, which has plunged to the bottom of the standings in the NL West and has the worst record in the majors at 21-53. It was the first win for the Diamondbacks since they beat the Mets 6-5 in 10 innings on June 1.

The 17-game skid was two shy of the longest during the wild-card era, by the Kansas City Royals in 2005.

Kelly (3-7) — the only Diamondbacks starting pitcher who has stayed reasonably healthy all season — had one of his best outings of the year. The right-hander needed just 94 pitches to navigate his seven innings, giving up one run, five hits and a walk with five strikeouts.

The night didn't start well for the D-backs, who fell behind in the first inning after Milwaukee's Avisail Garcia lined a two-out RBI single through the infield.

Arizona with three runs in the second, when seven straight batters reached base on six singles and one walk. The D-backs pushed ahead 5-1 in the fourth after Josh Rojas sliced an opposite-field RBI double to left and Marte scored on a groundout.

Joakim Soria worked the ninth to end three weeks of misery for the Diamondbacks. When the last out was recorded, catcher Stephen Vogt did a little dance and a relieved group of D-backs shared smiles and handshakes.

The Diamondbacks started the season with a 15-13 record but have had a rough time for nearly two months. Even with Monday's win, they're just 6-40 since May 2. They've also got one more dubious losing streak to end: They've dropped 23 straight games on the road, the longest skid in modern-day MLB history.

Arizona's next chance to end that streak is on Friday in San Diego.

Milwaukee starting pitcher Brett Anderson (2-5) left in the second inning because of right knee discomfort. Anderson had given up five straight hits before the injury. He gave up three earned runs over 1 1/3 innings.

Diamondbacks: INF Eduardo Escobar has a strain in his right quadriceps and didn't start on Monday. Manager Torey Lovullo said he was available off the bench. ... C Carson Kelly (fractured right wrist) will head to the team's training site in Scottsdale to begin treatment. Lovullo said there was no timetable for his return. ... LHP Madison Bumgarner (shoulder inflammation) threw a 20-pitch bullpen on Monday. ... RHP J.B. Bukaskas (elbow strain) and RHP Taylor Widener (groin strain) will throw batting practice on Tuesday.

The Diamondbacks will send RHP Zac Gallen (1-2, 3.99 ERA) to the mound to face Brewers RHP Freddy Peralta (6-2, 2.28) on Tuesday night. It is Gallen's second start since returning from the injured list with a strained elbow.

Who: Brewers at D-backs

What was the craziest story in sports yesterday?

College World Series notebook: On Williams’ contributions to the program, giving (almost) everyone a chance and not feeling comfortable with a 10-0 lead.

Embrace the silence: Suns push for another win without Chris Paul

Phoenix took Game 1 against the Clippers as Devin Booker posted his first career triple-double in the 120-114 home victory.

Potential changes are months if not years away, but they include the elimination of divisions and the reduction in conference games from nine to eight.

The Star's Greg Hansen is counting down the 100 top sports figures in Tucson history. Up next: No. 70, Bill Cheesbourg. 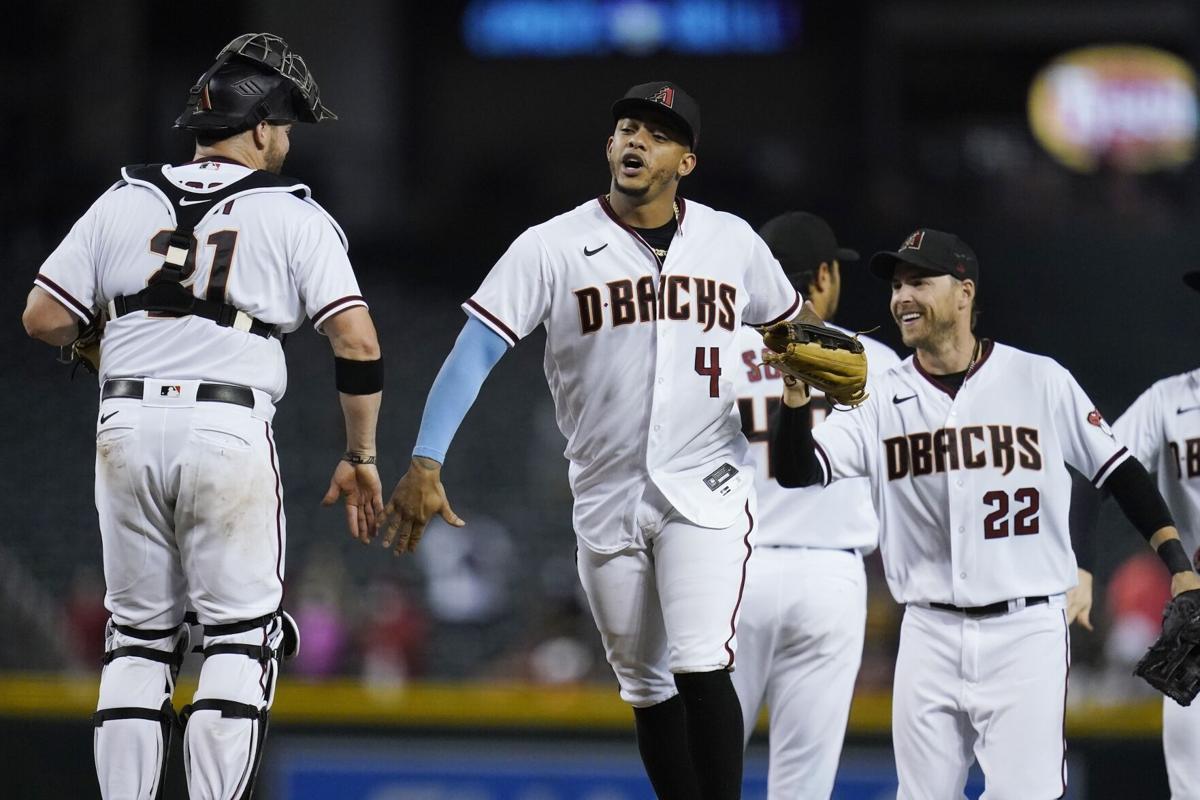 Arizona Diamondbacks' Stephen Vogt, left, celebrates a win against the Milwaukee Brewers with Diamondbacks' Ketel Marte (4) and Josh Reddick (22) after the final out of the ninth inning of a baseball game Monday, June 21, 2021, in Phoenix. The Diamondbacks defeated the Brewers 5-1. (AP Photo/Ross D. Franklin) 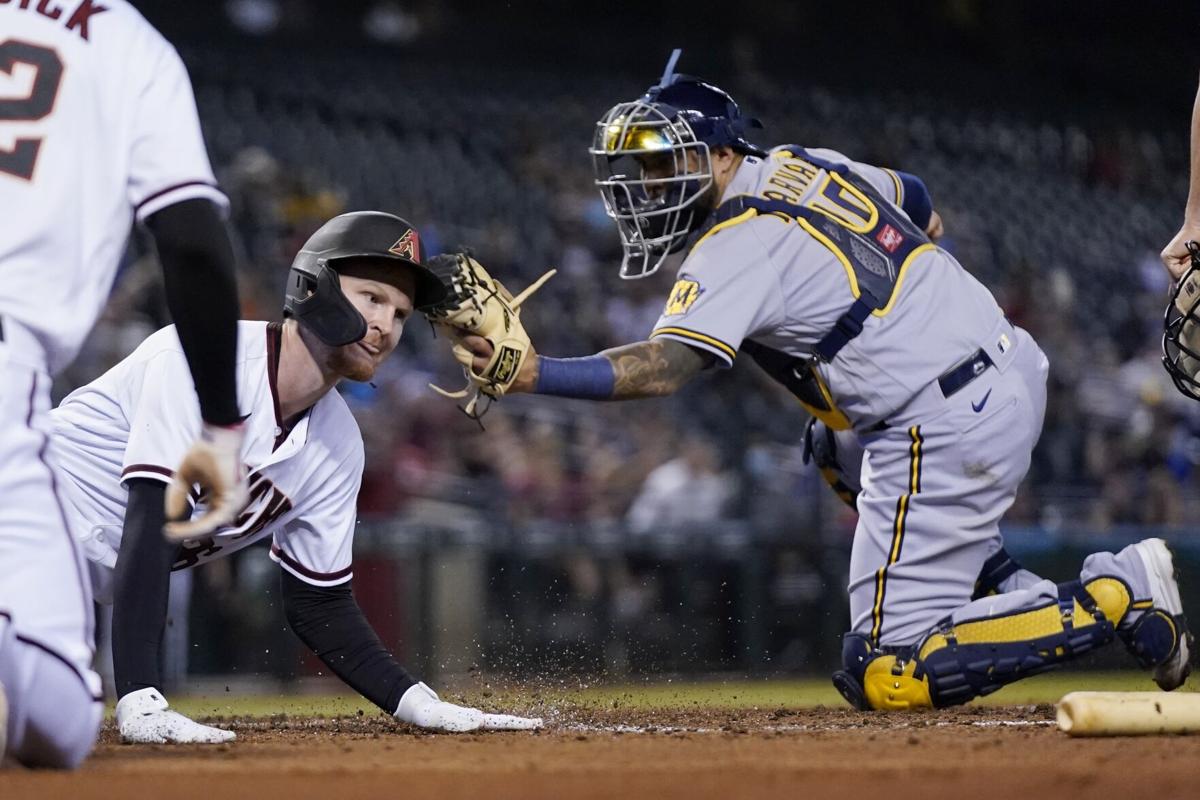