An aspiring electrician, the Diamondbacks left-hander delivered a shocker for the history books Saturday night.

Gilbert became the fourth pitcher — and first in 68 years — to throw a no-hitter in his first big league start, lifting Arizona over the San Diego Padres 7-0 with the record-tying eighth no-hitter in the majors this season.

The last to accomplish the feat in his first start was Bobo Holloman of the St. Louis Browns on May 6, 1953. Bumpus Jones also did it in his major league debut with the Cincinnati Reds on Oct. 15, 1892, and Theodore Breitenstein threw one in his first start for the Browns on Oct. 4, 1891.

The eight no-hitters matched the mark set in 1884, the first year overhand pitching was allowed.

Gilbert struck out Trent Grisham and Ha-Seong Kim in the ninth before Tommy Pham lined out to center fielder Ketel Marte. Joyous Diamondbacks players threw their gloves in the air and rushed the mound, mobbing the surprising hero who spent six seasons in the minors and was selected in the Triple-A portion of the Rule 5 draft last winter.

“Crazy,” Gilbert said. “It's not going to hit me for probably another day. I don't know what just happened.”

The 27-year-old Gilbert threw 102 pitches, including 64 strikes, against a San Diego lineup missing injured star Fernando Tatis Jr. He rarely delivered his fastball above 90 mph, but he effectively peppered the Padres with breaking pitches and leaned on his defense, which bailed him out on several hard-hit balls.

Pavin Smith caught a liner from Adam Frazier and then stepped on first to double off Tommy Pham in the fourth. There was a line drive snagged by Gilbert off Eric Hosmer to end the fifth. Third baseman Drew Ellis made a diving catch in the seventh. David Peralta made a leaping grab at the wall on Austin Nola’s long fly ball in the eighth.

Gilbert needed just three pitches to get through the eighth, setting up a dramatic ninth. Marte caught the sinking line drive for the final out while running in from center field.

“I tried to tune out as much as I could,” Gilbert said. “But that last inning, I heard everything.”

Among those celebrating the first Diamondbacks no-hitter at home was Gilbert's family. They were also on hand for his debut in relief on Aug. 3.

Gilbert didn't play baseball in 2020 after the minor league season was wiped out by the pandemic. He spent the summer learning to be an electrician from his dad, making some extra money while occasionally crawling around attics and in between walls.

“I’d rather be doing this than pulling wires," Gilbert said with a grin. “No offense, Dad.”

It was a stunning performance for the Diamondbacks, who have the worst record in the big leagues this season. It’s the third no-hitter in franchise history and first since Edwin Jackson on June 25, 2010. Second-year catcher Daulton Varsho caught Gilbert one night after hitting a game-winning homer.

“That was so fun to do that tonight,” Varsho said.

Gilbert (1-1) struck out five and walked two. The sixth-round pick out of Southern California in 2015 had spent his entire career in the minor leagues until being called up a few weeks ago. He was making his fourth appearance.

“It was weird, I wasn't nervous at all,” Gilbert said. “I felt like I should have been. I don't know why. I just kept going out there and doing my thing. I was really nervous before the game, leading up to the game. But after the three-pitch eighth inning, I was like, ‘This is possibly going to happen.’”

The Chicago Cubs threw the majors’ most recent no-hitter with a combined effort June 24. The other no-hitters this year were thrown by San Diego’s Joe Musgrove (April 9), Carlos Rodón of the Chicago White Sox (April 14), Baltimore’s John Means (May 5), Cincinnati’s Wade Miley (May 7), Detroit’s Spencer Turnbull (May 18) and the New York Yankees’ Corey Kluber (May 19).

In addition, Arizona’s Madison Bumgarner pitched a seven-inning hitless game in a doubleheader on April 25 that is not recognized as a no-hitter by Major League Baseball.

Most of those gems were thrown before MLB cracked down on the use of sticky foreign substances by pitchers in late June.

It’s been a brutal series for the Padres, who are struggling to keep up in the playoff race. San Diego still occupies the second NL wild-card spot but has fallen 10 games behind the NL West-leading San Francisco Giants.

“You’ve got to tip the cap to Gilbert. It was obviously a special night for him,” Padres manager Jayce Tingler said. “We’ve been a part of two of them this year, and it’s a lot funner being on the other side, that’s for sure. Frustrating night. The balls we did hit hard were right at guys or they made really good plays or fly balls were on the track.”

The Diamondbacks jumped out to a 5-0 lead in the first inning off Musgrove (8-8), who needed 39 pitches to slog through nine batters. Josh VanMeter doubled to leadoff the game and Marte brought him home with another double.

David Peralta had an RBI single and then the 25-year-old Ellis had the big blow when he smacked Musgrove’s hanging breaking ball into the left field seats.

Gilbert was the 15th different Diamondbacks starting pitcher this season, which extends a club record. The previous high was 12, which has happened four times. The last occurrence was 2019. 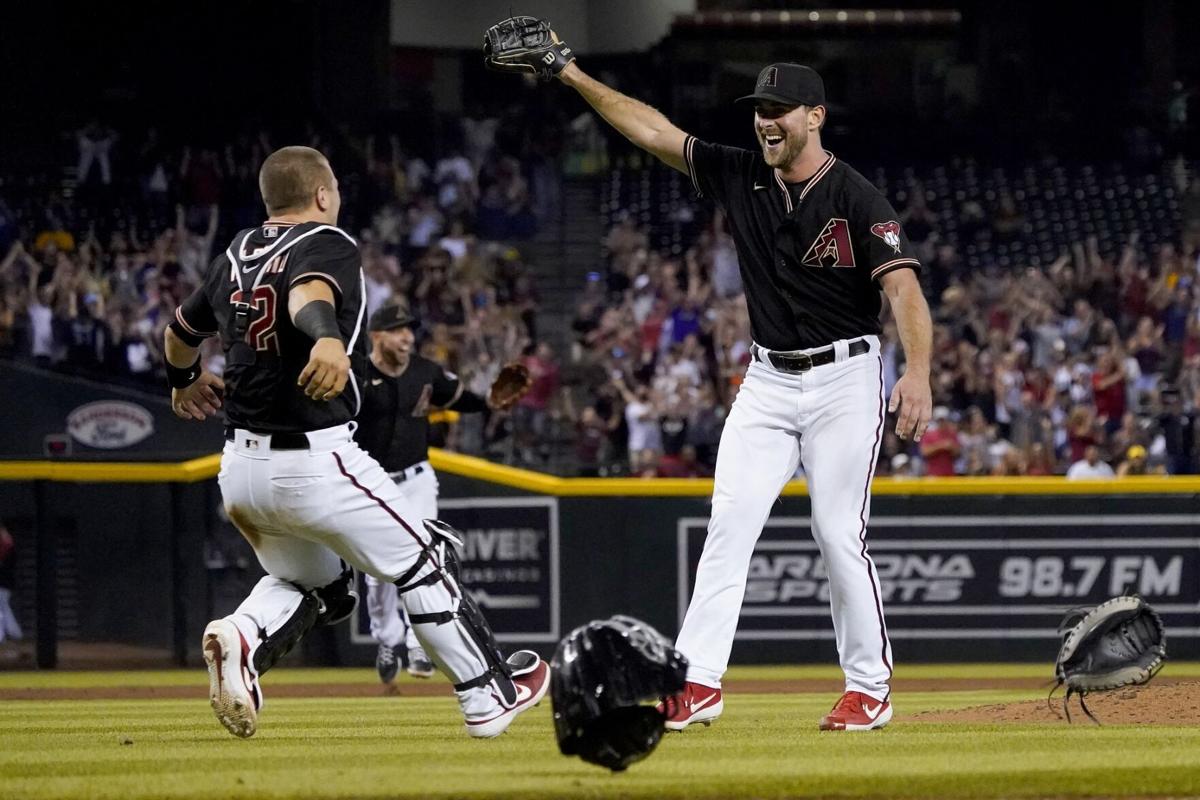 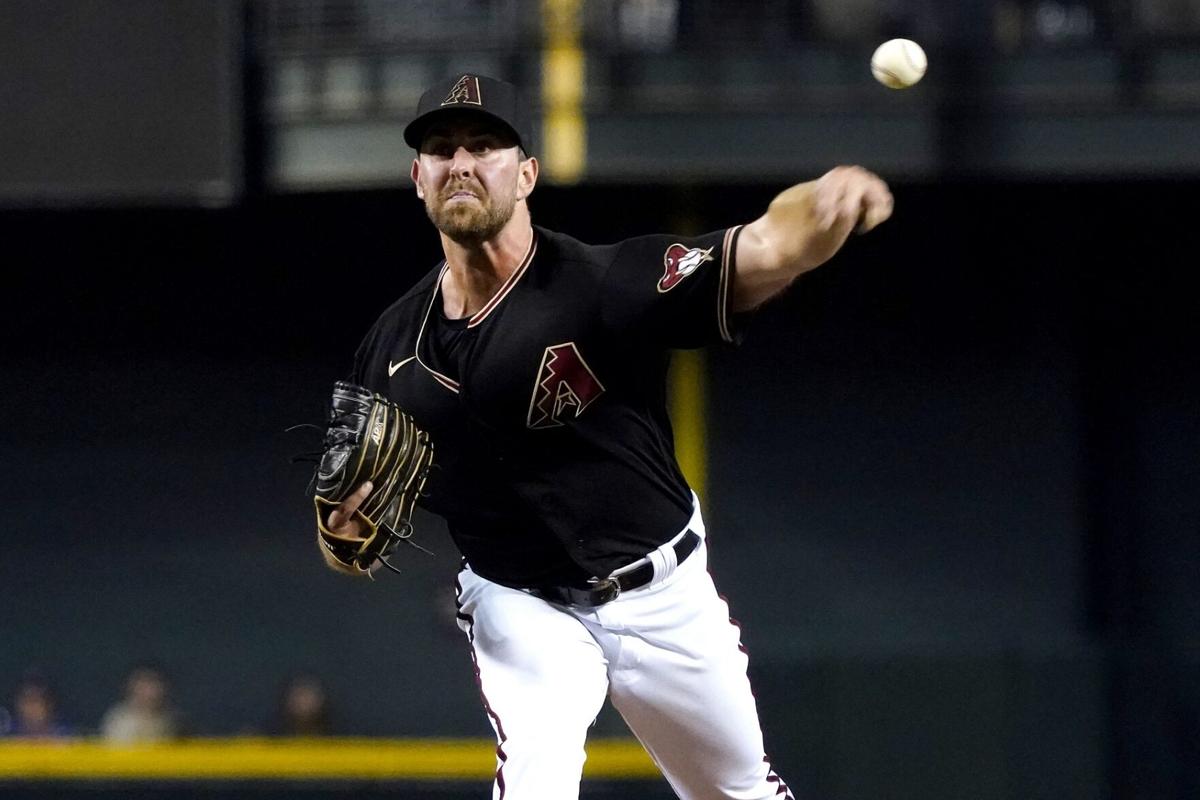 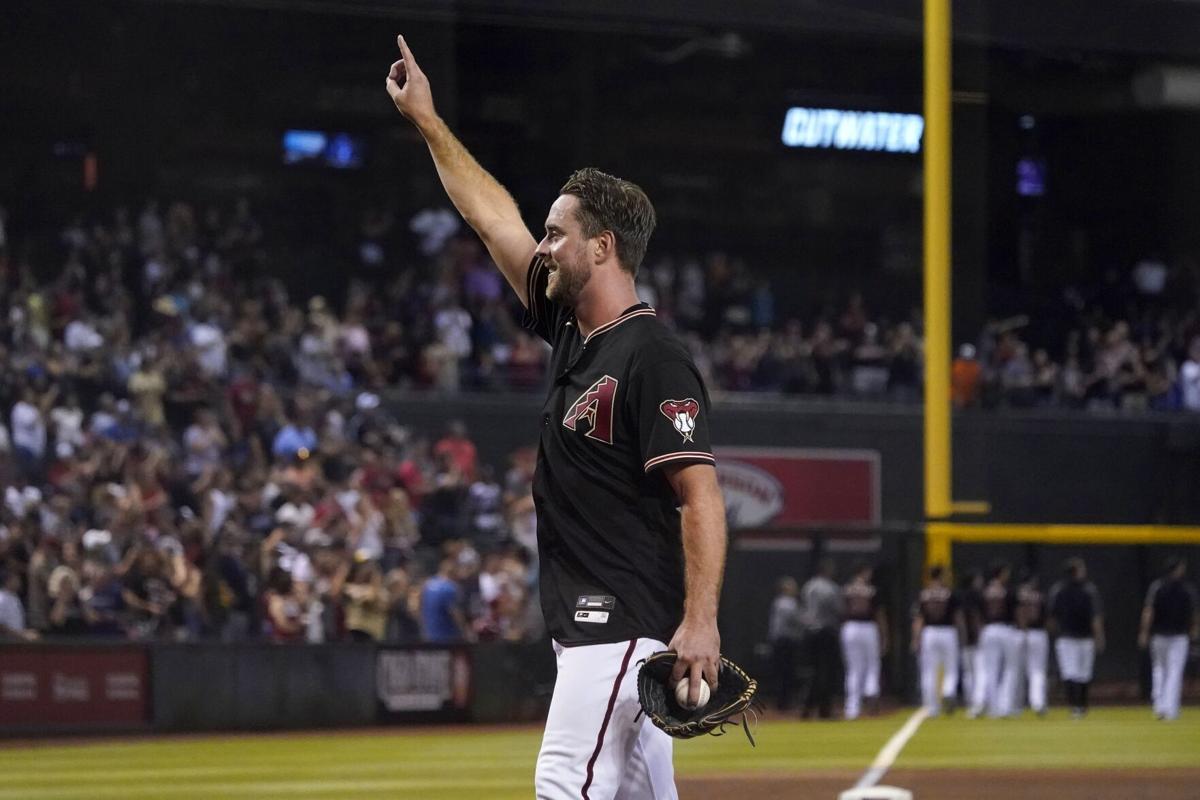