PHOENIX — Fernando Tatis Jr. took a few practice swings and stepped into the batter’s box with his usual swagger. He had one thought running through his head as he returned to San Diego’s lineup.

“Make them remember why they missed you,” he said grinning.

The 22-year-old All-Star certainly accomplished that goal with a stellar return from the injured list, slugging two homers, driving in four runs and leading the Padres to an 8-2 win over the Arizona Diamondbacks on Sunday.

Playing right field for the first time in his professional career and batting leadoff, Tatis ripped a double down the third-base line to start the game.

“Fernando being Fernando,” Padres first baseman Eric Hosmer said. “It never ceases to amaze any of us.”

It was Tatis’ fifth multihomer game this season and No. 8 for his career.Cronenworth’s two-run shot later in the fifth pushed San Diego ahead 4-1. It was his 17th of the season.

Tatis added a bases-loaded single in the eighth that brought home Victor Caratini and Trent Grisham. Tatis had been on the injured list since July 31 after partially dislocating his left shoulder for the third time this season.

The electrifying star usually plays shortstop, but the Padres decided to move him to the outfield for the time being. The hope is there’s less chance he’ll get hurt, allowing him to stay in the lineup for the rest of the season.

He wasn’t challenged much in the outfield on Sunday but made a few routine catches.

“It was pretty chill,” Tatis said.

The return of Tatis is a huge boost for the Padres, who have 15 players on the injured list and have taken a nosedive in the NL West standings. They still occupy the second NL wild-card spot in the playoff race, but are feeling pressure from the charging Reds, Phillies and Braves.

San Diego’s season arguably reached its nadir the day before on Saturday, when rookie pitcher Tyler Gilbert threw a no-hitter in his first career start against the Padres.

Hosmer said the team had a meeting after the embarrassing loss, hoping that a talk could help them refocus for the last part of the season. For one game, it appeared to work.

“Sometimes in the season, you get lost in what’s going on,” Hosmer said. “It’s such a long, grueling season, it can sometimes beat you down.”

Craig Stammen was the starting pitcher for the Padres in a bullpen game. He pitched two scoreless innings, giving up two hits. Reiss Knehr (1-0) got the win after giving up one run in two innings.

Zac Gallen (1-7) started for the Diamondbacks and surrendered four runs over five innings.

The right-hander was one of the better pitchers in the National League in 2020, finishing ninth in the league’s Cy Young Award voting, but the 26-year-old has struggled for much of this season. He has a 5.03 ERA.

“There have been some tough outings,” Diamondbacks manager Torey Lovullo said.

Arizona’s Josh Rojas hit a solo homer in the fifth. It was his 11th of the season.

To make room for Tatis on the roster, the Padres optioned outfielder Brian O’Grady to Triple-A.

The D-backs are off Monday before hosting a three-game series against the Phillies starting Tuesday. Righty Kyle Gibson (2-1, 3.18 ERA) starts for the Phillies. Arizona hasn’t announced a starter.

Who: Phillies at D-backs

Why are the Cowboys favored to win the divison?

High schools countdown: Marana's Elijah Joplin eager to show what he can do over a full season

The quarterback showed his potential at times during the shortened 2020 season.

“It was difficult, challenging, and there were barriers — yes. But that's what these players overcome every day as disabled athletes."

Savaughn Berryhill is the latest member of his football-playing family to rise to stardom in his hometown. 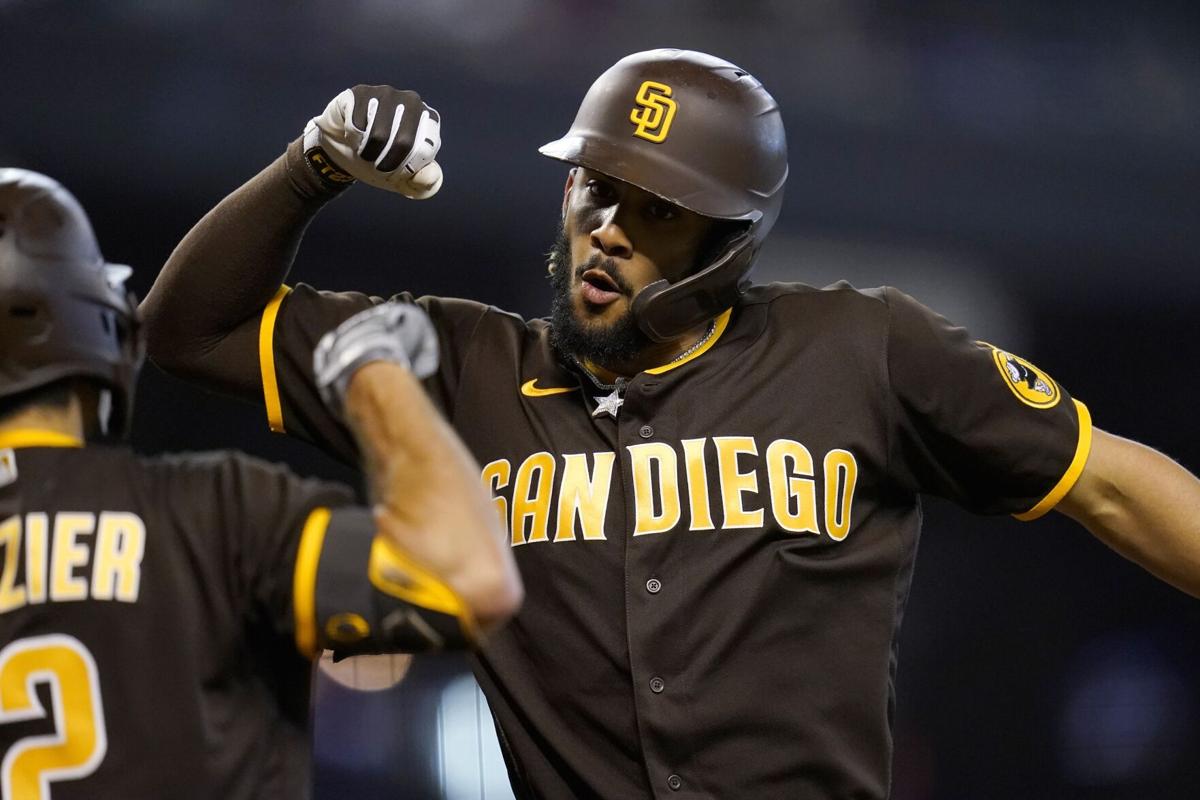 Fernando Tatis Jr., right, celebrates his fifth-inning homer in Sunday’s 8-2 win over the D-backs that helped the Padres avoid a four-game sweep. 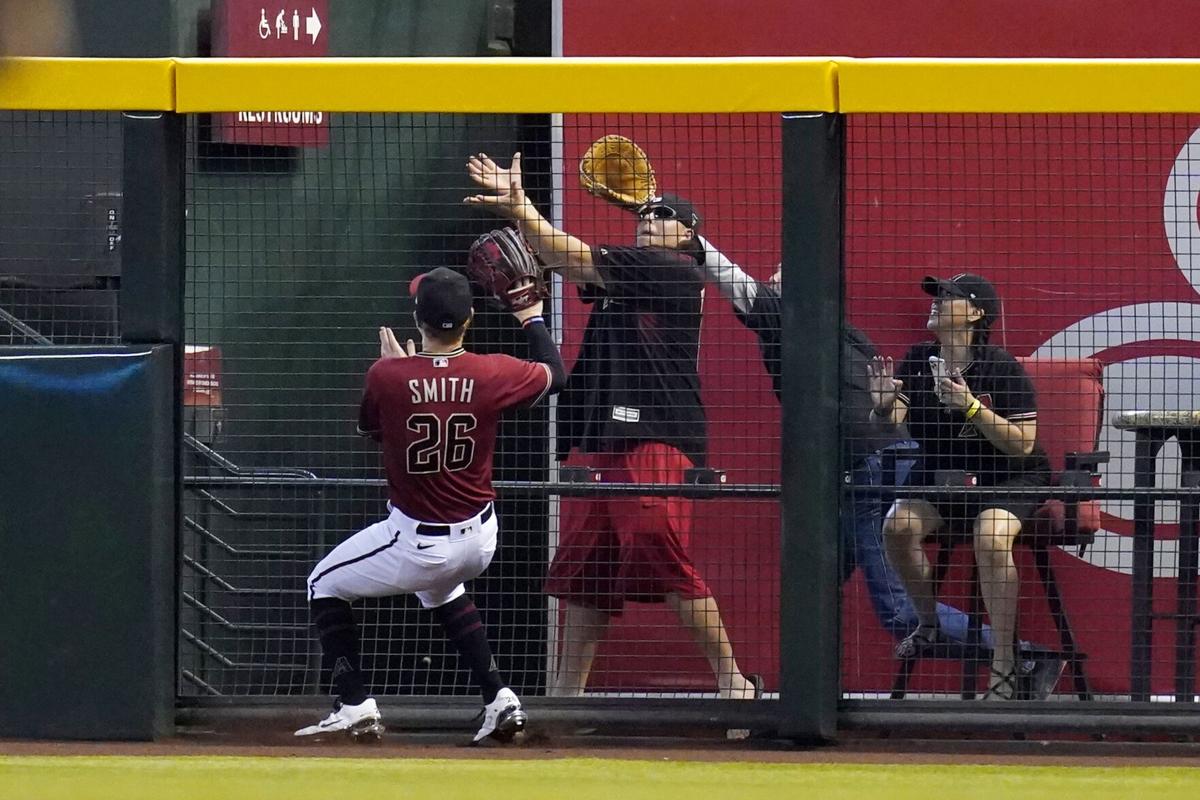 D-backs right fielder Pavin Smith runs out of room as fans reach for a two-run homer hit by San Diego's Jake Cronenworth during the fifth inning Sunday in Phoenix.