Bumgarner threw a seven-inning no-hitter, an achievement that won’t officially count but completed a dominant day of Arizona Diamondbacks pitching for a 7-0 win over the Atlanta Braves and a doubleheader sweep Sunday.

Could he have kept the magic going for a nine-inning game?

“I don’t know. There’s too many variables,” Bumgarner said. “If it worked for seven, it’s hard to imagine it not working for two more.”

After Zac Gallen tossed a one-hitter to win the opener 5-0, Bumgarner did even better.

Bumgarner struck out seven and the only Braves batter who reached base against him came on shortstop Nick Ahmed’s throwing error in the second inning.

Bumgarner casually shook hands with catcher Carson Kelly after Marcell Ozuna lined out to end it. Then the rest of the Diamondbacks joined in and the celebration livened up around the mound.

“I like to keep it pretty low-key,” the stoic lefty said. “They definitely didn’t, which that’s fine and I appreciate that, too. It’s pretty special for all of us and like I said, I’m just blessed and fortunate to be able to do that and be a part of this.”

Bumgarner’s gem won’t go into the official list of no-hitters. MLB’s eight-man committee on statistical accuracy decided in 1991 that a no-hitter was a game of nine or more innings that ended with no hits.

Other pitchers had come close since Commissioner Rob Manfred and MLB switched to seven-inning doubleheaders last year during the coronavirus pandemic.

“It feels good. I just want to say two things before I go celebrate with the guys,” Bumgarner said on a TV interview after the game. “I want to thank these shadows in Atlanta. They helped me out a good bit. That was awesome. And I want to thank Rob Manfred for making these seven-inning games.”

There have already been two official no-hitters this season.

Joe Musgrove pitched the first no-no in the history of the San Diego Padres when he topped Texas on April 9. Carlos Rodón of the Chicago White Sox no-hit Cleveland on April 14.

Atlanta’s only hit during the afternoon was by reigning NL MVP Freddie Freeman, who lined a clean single to right-center field off Gallen with one out in the sixth of the opener.

Bumgarner and Gallen, however, are officially credited with shutouts. This made Arizona the first team to throw a pair of complete-game shutouts in a doubleheader since Boston’s Reggie Cleveland and Don Aase at Toronto on Sept. 5, 1977.

Bumgarner (2-2) struck out Ronald Acuña Jr. to begin the seventh, then retired Freeman on a popup that Ahmed went a long way to get. Ozuna lined an easy fly to right fielder Josh Rojas for the final out.

The 2014 World Series MVP with San Francisco, the 31-year-old Bumgarner retired the last 17 batters after Ozzie Albies reached on Ahmed’s error leading off the second.

Making his 300th career start, Bumgarner has won his last two starts with a 0.75 ERA. He posted an 11.19 ERA in his first three starts this season.

Bumgarner likes to swing the bat, and he got to the plate before throwing a pitch as the Diamondbacks scored five runs in the first off Drew Smyly (0-1). Pavin Smith and David Peralta homered during the burst.

Eduardo Escobar added his seventh homer to make it 6-0 in the third.

In the first game, Gallen (1-0) struck out six, walked two and hit a batter.

Gallen found out after the game that he wouldn’t have qualified for an official no-hitter in a seven-inning game.

“It wouldn’t have counted, so that makes me feel better that it wasn’t actually a no-hitter anyway,” the 29-year-old righty said. “The complete-game shutout, I guess, works. That’s fine. We won. It really doesn’t matter. That’s the most important part.”

Arizona has won six of seven and seven of 10. The Diamondbacks went 7-3 on their road trip.

“What an unbelievable day,” Arizona manager Torey Lovullo said. “First of all Zac goes out and executes, throws a one-hitter and the Bum follows up with basically a perfect game. Outside of a defensive miscue, it was an unbelievable effort by him and facing the minimum amount of hitters — wow, what else can you say? It was a special day for him.”

After blasting five Friday night, the No. 10 Wildcats crushed five more in Saturday’s 14-0 victory over Utah

Pac-12 Hotline: History of diversity gives way to a lineup of all white coaches

For the third straight year, there will be no African-American coaches in a league once known for its commitment to diversity.

How former Arizona Wildcats fared in the NBA on Sunday

How former Arizona Wildcats fared in the NBA on Monday night

UA shot a 24 under over the first two rounds, one stroke behind ASU. 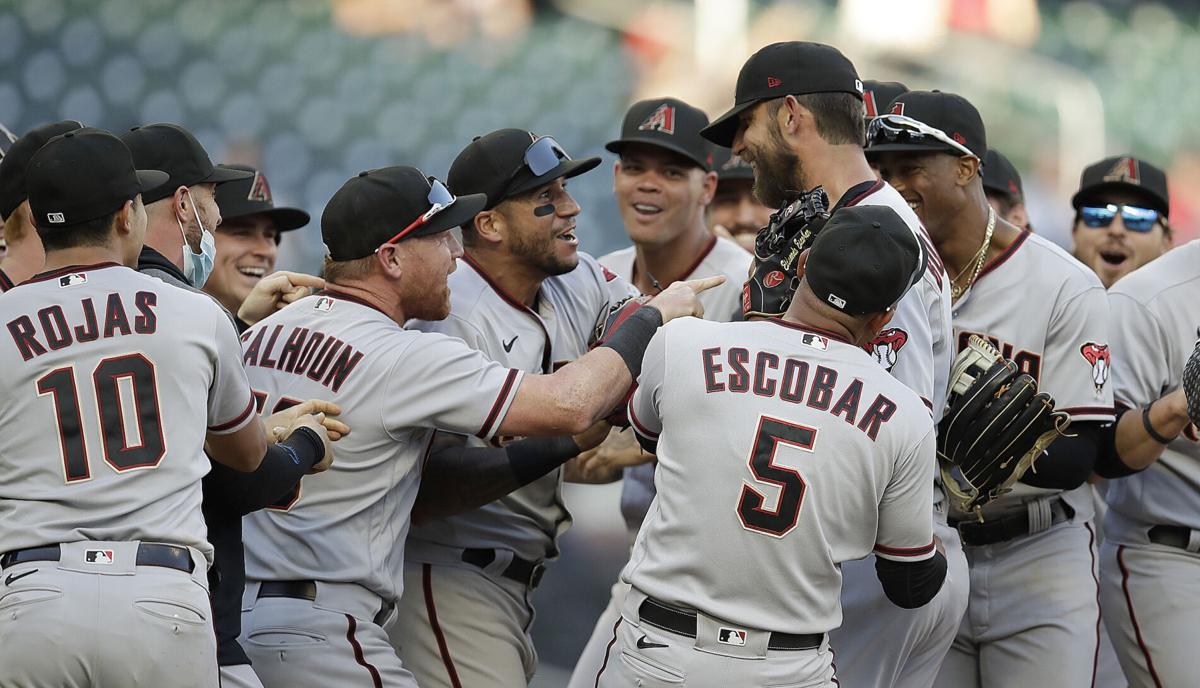 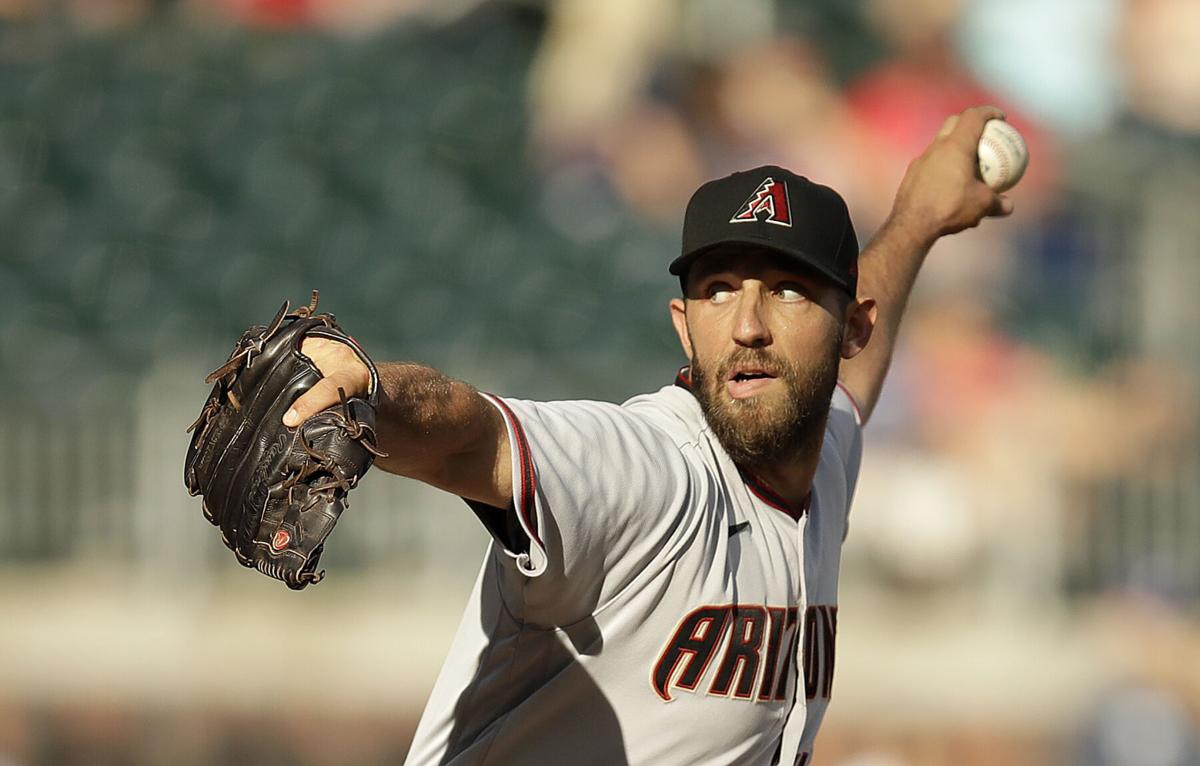 Madison Bumgarner won’t get credit for an official no-hitter, but feels he could’ve gone all nine innings without allowing an Atlanta hit. 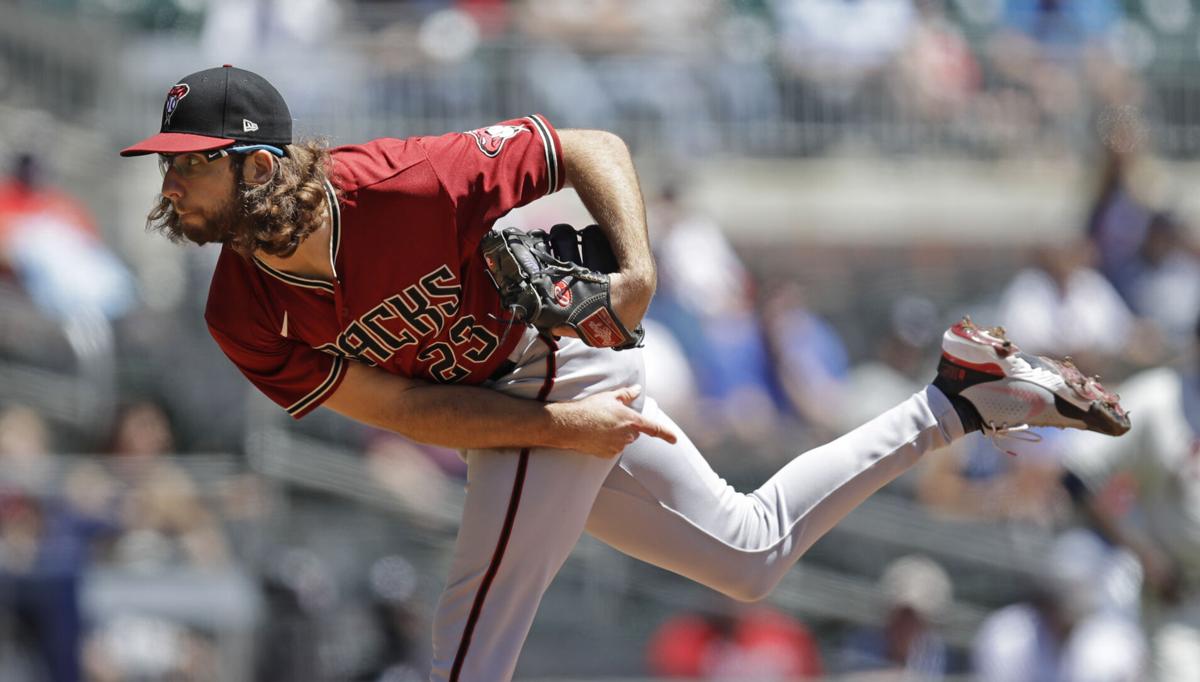 Zac Gallen was dominant in the first game Sunday, allowing only one Atlanta hit.