PHOENIX — Connor Joe drove in the go-ahead run with a two-out single off All-Star Joe Mantiply in the seventh inning, and the Colorado Rockies rallied to beat Arizona 3-2 on Sunday and take three of four from the Diamondbacks for a rare road series win.

The Rockies arrived in the desert with a major league-worst 12-26 road record, a contrast to their 23-21 mark at mile-high Coors Field in Denver. The Rockies won a road series for just the fourth time this year.

Ryan McMahon singled off Keynan Middleton (1-2) with one-out in the seventh, and Yonathon Daza hit a grounder to third. Rojas’ throw in the dirt bouced off the glove of Sergio Alcántara at second and skipped into right field, putting runners at the corners.

Keynan Middleton (1-2) struck out Brian Serven, then allowed Garrett Hampson’s two-run double off the base of the left-center wall.

Mantiply, told before the game he was picked as a first-time All-Star, entered and got ahead of Joe 0-2, then gave up a lined single to left on a inside fastball.

Germán Márquez (5-7) allowed three hits and two walks in seven innings with four strikeouts. He retired 12 straight between Ketel Marte’s two-out homer in the first and Alcantara’s two-out single in the fifth.

Arizona got another run in the sixth after José Herrera walked leading off and took third on Rojas’ single. Alek Thomas then hit a grounder to Joe at first. Rather than check the runner immediately, he turned to throw to second, looked to third, then threw to second for the forceout as Herrera scored.

Daniel Bard got three straight outs for his 18th save in 20 chances.

Colorado had a two-game sweep at Texas on April 11-12 and took two of three at Detroit on April 23-24 and at San Francisco from June 7-9. Colorado has lost eight road series and split one. The Rockies won a four-game series at Arizoa for the first time. They had lost five series at the Diamondbacks since a three-game sweep in 2020.

Each Arizona outfielder made an outstanding catch. Thomas made a leaping catch at the wall in center to take an extra-base hit away from Joe leading off the game. Later in the inning, with two on, Daulton Varsho made a sliding catch in the right-field corner to rob Brendan Rodgers. Left fielder David Peralta robbed MaMahon of a home run in the second.

Colorado’s Daza also made a fine running catch on Rojas’ drive to left-center leading off the home first.

Rockies first baseman C.J. Cron, another first-time All-Star, didn’t play for the second straight day after being hit by a pitch on his left wrist in Friday’s game. Cron is hitting .295 with 20 home runs and 66 RBIs. Cron had played in every game this season before the injury.

The Diamondbacks recalled RHP Edwin Uceta from Triple-A Reno. RHP Sean Poppen was optioned to to Reno after Saturday’s game.

Who: D-backs at Giants

'It's the greatest job': Ex-UA director of basketball operations Jesse Mermuys has Magic rolling in Vegas

I love Tucson," Mermuys said "I love ‘Eegee's,’ I love ‘Sausage Deli’ and I love ‘Baggin’s’ — there’s so many places. But I don’t think it’s the food. It’s probably like the desert after the monsoon, that was incredible. I miss the sunsets, sunrises — I love Tucson."

Hansen's Top Teams, No. 56: With trio of future college players, Santa Rita broke through in 1999

For Star subscribers: In a season with plenty of talent on the courts in Tucson, it was Jim Ferguson's Eagles who won it all.

The Arizona basketball player is also focusing entirely on hoops, despite entering UA with the thought of also playing volleyball.

A year after chips were stacked against him, ex-Wildcat Brandon Williams finding his place with Portland

The former UA guard finished last season with the Trail Blazers strong, and has been impressive for the team in Summer League play in Las Vegas. 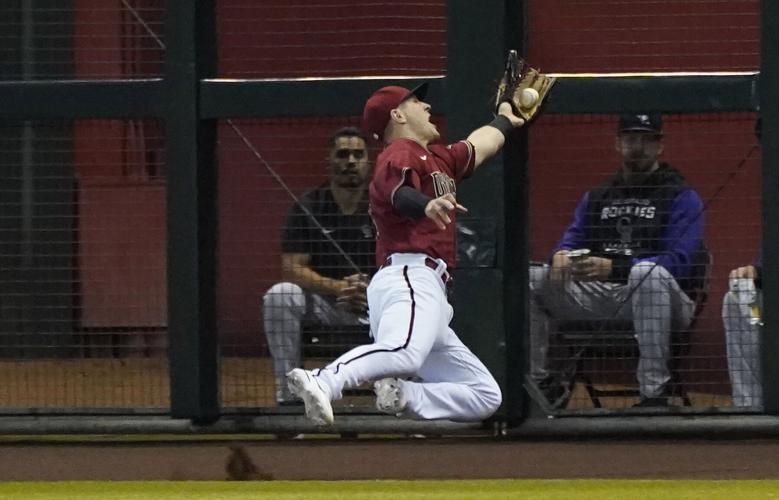 Arizona's Daulton Varsho makes a diving catch in right field against the Rockies during the first inning Sunday. Colorado won 3-2. 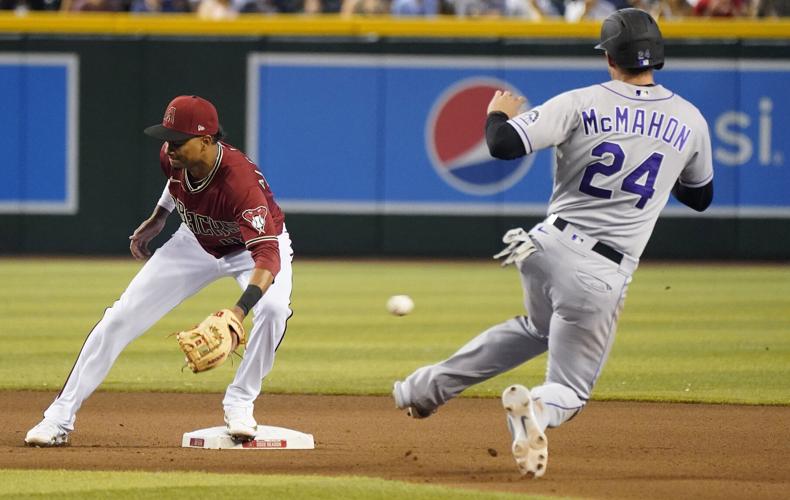 Arizona's Sergio Alcántara miss a throws as Colorado's Ryan McMahon slides safely into second base during the seventh inning Sunday.