There's no love lost between longtime rivals Tucson and Phoenix, but one Valley teen's efforts to make sports more accessible for families in need might just help to bridge the gap.

FC Tucson has teamed up with Visit Tucson and the Phoenix-based nonprofit Pass It On, and will be collecting donations of new and gently-used sports gear and clothing at all remaining home games.

Pass It On was founded three years ago by 13-year-old Wade Crum, and in the years since has donated equipment to a variety of organizations, including Boys and Girls Clubs, RSL-AZ's soccer closet, a refugee soccer club in Phoenix and most recently, Tucson's Los Niños Little League.

Crum, now 16, plays for Phoenix Rising Youth. He said he got the inspiration for Pass It On while looking into his bedroom closet one afternoon.

"I just saw all the soccer equipment and clothing that had piled up after the years, and I thought i thad to go to someone," Crum said.

While researching organizations that would take his donated soccer gear, Crum was dismayed to find only a few larger nonprofits, such as Goodwill. Even more disappointing to Crum was that those groups don't direct donations to the people who most needed it, like youth soccer players in Arizona.

"So I decided to do it myself," Crum said.

He set up some collection events with his soccer club and made his first donation to a local Boys and Girls Club.

"I just got it off the ground from there," Crum said. "I met some important people at the (donation) event and was able to start Pass It On."

Pass It On has collected donations at large tournaments across Phoenix, including the State Cup, Presidents Cup, RSL-AZ's Ostrich Festival Tournament and more.

"We initially linked up with Phoenix Rising, but not to the degree and not to the support that FC Tucson has done. I'm very glad that FC Tucson has allowed us to have this partnership," Crum said. "I really love coming down to Tucson, I love the people, and it's great to be able to have a professional team this supportive of my endeavor and my mission."

So how did a nonprofit from Phoenix end up partnering with a Tucson soccer team?

Visit Tucson's Luchie Javelosa and Arizona Soccer Association's Rick Kelsey were familiar with Pass It On and Crum's desire to grow the program throughout the state. And with FC Tucson President Amanda Powers' efforts to bring soccer to all parts of the community, the pairing seemed like a natural fit.

After an email chain and an initial call to set the goals, the group was off and running. The partnership allows Pass It On to expand its nonprofit mission, Visit Tucson gets to be a part of the growth of soccer in Tucson and FC Tucson is able to continue to show Tucson that it cares about the community.

"We intend to host some camps and clinics and work with communities in need everywhere from Douglas to Nogales to here in the inner city. If there's a a way we can gift the kids cleats and shorts from Pass It On, we want to be able to do that," Powers said. "So we're taking donations and then also we're using the Pass It On donations to give to other groups."

Powers said the team has a working list of organizations, institutions, schools and groups that they'd like to see their donation go towards, but that all the sorting and delivery is handled by Pass It On volunteers. Powers said the team is building a sort of gameday internship program with Pass It On's National Honor Society students, to ensure that they can get their volunteer credits.

The FC Tucson/Pass It On pairing had a soft launch earlier this month. Donation bins were set up at the Aug. 7 home game, and more were added for the Aug. 14 home game. FC Tucson is on the road Sunday, but returns home Aug. 28 to face Greenville Triumph SC. The team will also play home matches Sept. 11, Oct. 2, Oct. 13 and Oct. 16 before wrapping up its home schedule Oct. 30.

"Sara and Wade are such great promoters, they're at the gate of entry when you come down that gauntlet and they're saying 'Hi' to people, handing out flyers and getting the word out," Powers said. "I think it's allowed for them to really connect with some other soccer teams, teachers and educators. It's been good."

FC Tucson is getting ready to resume its Barrio 2 Barrio tours, and will be holding one next month on the Pascua Yaqui wellness center. Powers is hoping to bring Pass It On along to distribute some equipment.

“That's how I see us to really be able to do that full cycle of, we're introducing somebody to the game, and we've received from people that know and love the game equipment that they can pass it on so everyone can play," Powers said. "We need to grow the game and get more people who know about it, interested in it so that more kids can start to play it and demand it be in their schools."

Crum hopes to play soccer in college, but doesn't think a professional stint is in the cards for him. Asked whether he'll channel his experience with Pass It On into a career in business, Crum says he's still figuring that out.

Crum said he and other Pass It On representatives will be at as many FC Tucson games as possible, but the group will always have a presence in the form of two donation bins right outside the security gate.

"I'm very excited to come down here and help out down in Tucson," Crum said. "We'll happy to help Tucson families and aid them with the equipment we collect, and hopefully foster an environment of generosity throughout Tucson."

For more information about Pass It On, visit PassItOnSoccer.net

Tucson Youth Football and Spirit Federation is back for a 2021 season, but with fewer participants, after several associations and teams left last season to play with a Phoenix-based league.

Melissa Ponder took her first freediving class in 2018 and entered the competition circuit in 2019. She also holds three national records, in addition to her recently acquired world record.

The Star spoke with eight of the "Spring Stars" profiled during the spring of 2020, to see how the past year has treated them and what their lives look like these days.

These are strange times, and so times are changing — literally — for Sunday's 15th Annual TMC Meet Me Downtown 5K.

Brandon Sanchez, a 17-year-old Tucson native, is using his time in USL to weigh career options heading into his senior year at CDO.

Local racers, track community work together to clean up dumping site on Tucson's far east side

The group met shortly before 7 a.m. Saturday, cleaning up an area near the Tucson Dragway's original location.

Hispanic women are at higher risk for gender-based violence due to a variety of cultural and institutional factors, advocates say.

In addition to the new exam site at Banner-University Medical Center Tucson, a $500,000 federal grant will also pay to create a Sexual Assault Resource Team to meet survivors' needs.

For Star subscribers: Thousands of Arizonans fell victim to identity theft during the pandemic, resulting in delayed or denied unemployment payments and, for many, financial devastation.

A Pima County Justice for All ballot initiative would change the city code to allow indigent residents facing deportation or detention access to a public defender.

This year, the Aztecs are hoping to raise more than $100,000 in funding. The money raised goes toward each team's budget and covers uniforms, travel costs, entry fees and equipment.

'Believe': FC Tucson turns to 'Ted Lasso' for motivation as it tries to corral playoff win

Believe: It's a simple message, but one that FC Tucson president Amanda Powers hopes will spread beyond the clubhouse heading into Saturday's first-round USL League One playoff match.

Tuesday's event was the latest community event hosted by the Roadrunners since the start of the coronavirus pandemic. 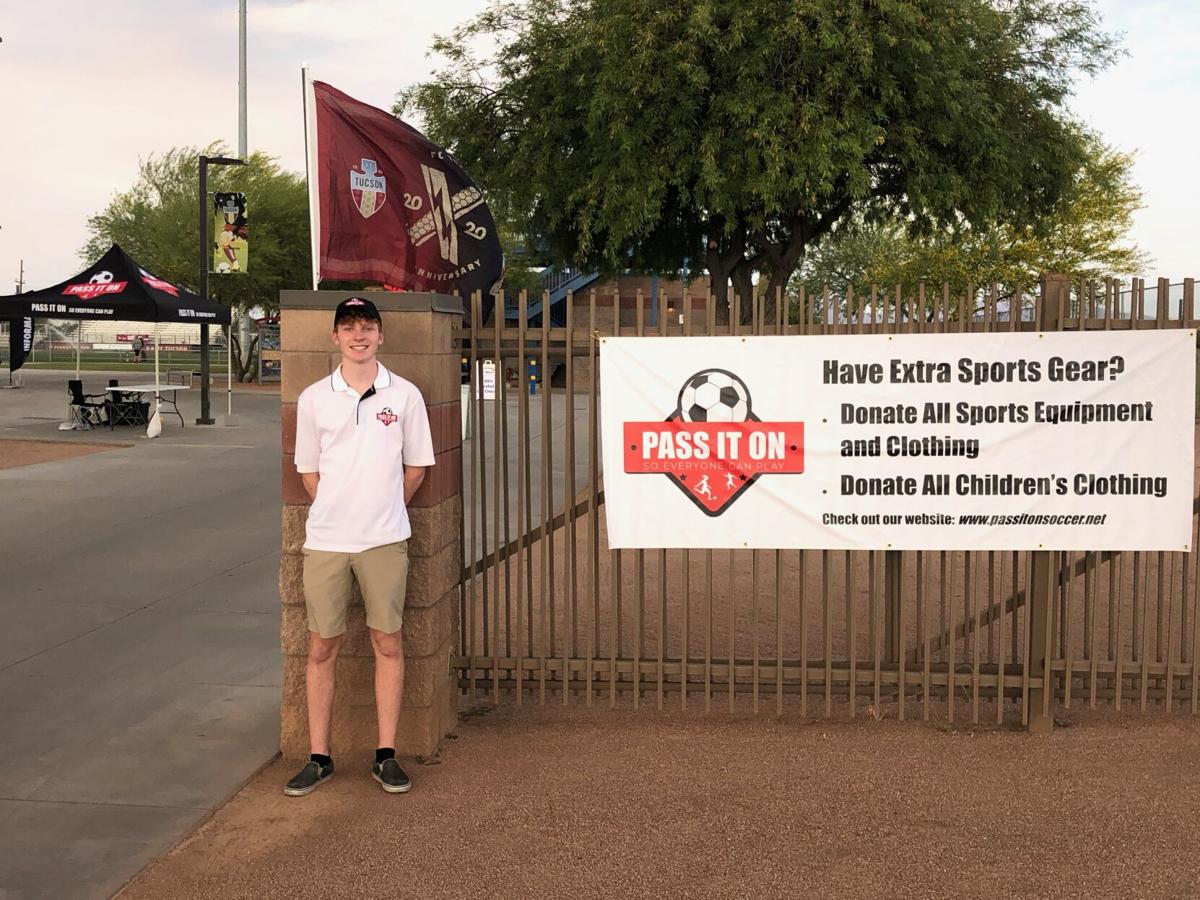 Wade Crum, 16, founded the nonprofit Pass It On three years ago. Pass It On, which has teamed up with FC Tucson to collect donations at all remaining 2021 home games, distributes new and gently-used sports gear and clothing to kids in need. 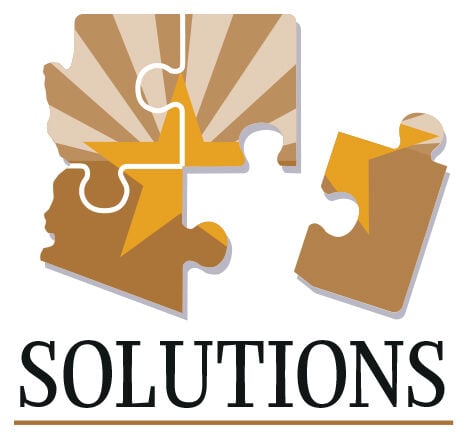