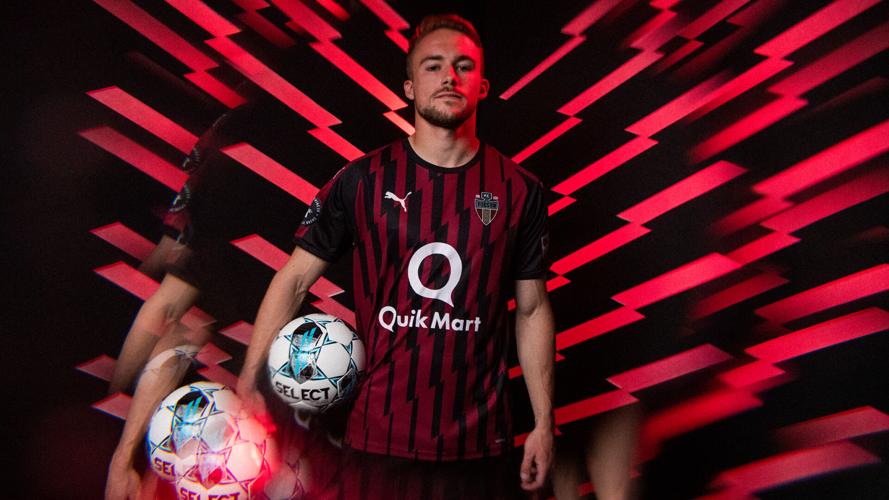 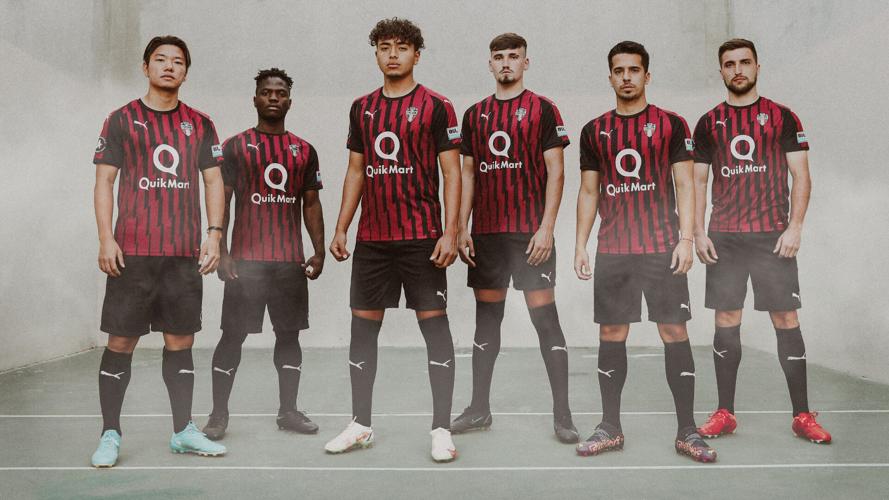 FC Tucson's new home jerseys will incorporate more red into what has traditionally been a black and white look.

The Men in Black have added a little red to their look. And a new jersey sponsor, too.

FC Tucson’s new home jersey, unveiled Tuesday, is comes with a very Tucson theme: Monsoon. The red and black jersey features a lightning bolt pattern that the club says “is a perfect illustration for the power and energy the club brings to the pitch.” Coming off a run through the USL League One playoffs, FC Tucson will open its 2022 season on Saturday at the Richmond Kickers. Tucson will host Las Vegas Lights FC on April 6 as part of the Lamar Hunt U.S. Open Cup, then play Forward Madison FC on April 16 in its USL League One home opener.

FC Tucson will take to the pitch with a new jersey sponsor, too: Quik Mart. The convenience store chain’s “Q” will be front and center on the jerseys, with a Quik Mart wordmark underneath it.

“This relationship is the result of a perfect storm,” FC Tucson President Amanda Powers said in a news release.

The sponsorship agreement between FC Tucson and Quik Mart comes with an only-in-Tucson backstory. FC Tucson officials were talking to Quik Mart executives about a sponsorship deal when the convenience-store chain noted that it was looking to do a rebrand of if its own.

FC Tucson connected Quick Mart with its in-house designer, William Olguin, who engineered the store’s rebrand while he was working to design the club’s new Puma jerseys. Olguin, a Tucson native and Sunnyside High School graduate, oversees all of FC Tucson’s design and graphic elements; he also owns a clothing line, Be Raw.

“I’ve long been a fan of FC Tucson and head coach Jon Pearlman,” said Brett Bishov, principal owner Quik Mart. “We are delighted to team with a professional club that produces not only on the pitch but in the front office to create a positive contribution to the Tucson community.”

The team’s back-of-jersey sponsors remain the same: RightSure’s logo will be on the back of the home jerseys, with CARF International on the away jerseys. Athletic Brewing, a nonalcoholic beer company, will stay on as the club’s sleeve sponsor.

FC Tucson’s latest World Cup qualifier watch party will take place Wednesday night at Hotel Congress. The United States-Costa Rica match will be streamed live at the hotel; FC Tucson says there will be giveaways, soccer demos and a DJ. The match starts at 6 p.m.; gates open at 5 p.m.

“It shows that honesty, integrity and supporting one another is important."

The match will be shown on multiple massive screens. There will also be food trucks, music, FC Tucson merchandise, a kids' zone and cash bars serving micheladas, margaritas and beer.

Ex-Wildcat Lorena Ochoa, 13 LPGA founders will soon be in the LPGA Hall of Fame after criteria change

Lorena Ochoa played at the UA from 2000-02, winning 12 of the 20 tournaments she played in before turning pro.

Advocates for transgender athletes say statements like those in the letter are “not doing anything to protect women’s sports, instead, they’re just creating more division in sports.”

FC Tucson's new home jerseys will incorporate more red into what has traditionally been a black and white look.