The 10th-seeded Seminoles will play top-seeded Oklahoma in a best-of-three series starting Tuesday. The Sooners beat Odicci Alexander and James Madison 7-1 in the other semifinal on Monday.

Oklahoma (54-3) is going for its fifth national title. Florida State (48-11-1) won its only championship in 2018. Both teams lost their World Series openers this year before winning four consecutive elimination games.

Alabama's Montana Fouts, who threw a perfect game against UCLA on Friday, got into trouble early on against Florida State.

Elizabeth Mason connected for a three-run homer in the first for the Seminoles. Mudge’s single knocked in Josie Muffley in the second. Kalei Harding tacked on a two-run single in the third, making it 6-0 and chasing Fouts.

Third-seeded Alabama (52-9) closed to 8-5 with three runs in the fifth, including Bailey Hemphill's two-run homer. But the Seminoles held on.

In the early game, Giselle Juarez struck out 11 in another stellar performance for Oklahoma.

Behind Alexander's pitching, unseeded James Madison surprised Oklahoma on the opening day of the tournament Thursday. The Sooners won two games on Saturday, and then beat James Madison on Sunday to force the winner-take-all game for a spot in the championship series.

Alexander, who pitched complete games in wins over Oklahoma and No. 5 seed Oklahoma State to reach the semifinals, lasted into the fifth inning Monday. The crowd of mostly Oklahoma fans gave a tearful Alexander a standing ovation as she left the field.

“It was amazing," she said. “I mean, it’s more than just a game. To see them all clapping for me and cheering me on, I mean, it was a great moment, and it warmed my heart."

Juarez was impressed with Alexander.

“Game recognizes game, and she is a baller," Juarez said. “I have mad respect for her, and she gave everything she had and I think it’s really awesome that they did give her that standing ovation. She earned it. She deserves it."

“I think singlehandedly James Madison made our sport better because they brought a lot of people in that wanted to watch them," Gasso said. “I think that’s the ultimate compliment I could give a coach and a program."

Juarez, or “G” as she often goes by, allowed four hits in the complete game. Kate Gordon drove the left-hander's first pitch over the wall in left, riling up the small group of loyal purple-clad fans behind the team’s dugout, but it was all Juarez from there.

Oklahoma went ahead to stay in the fourth. Nicole Mendes tripled and scored on a wild pitch. Jana Johns made it 2-1 when she singled in Lynnsie Elam.

The Sooners then broke it open with four runs in the fifth. Mackenzie Donihoo and Jayda Coleman each had a two-run double.

Jocelyn Alo hit her 32nd homer of the season — extending her school record — in the sixth to push Oklahoma's lead to 7-1.

At USA Softball Hall of Fame Stadium in Oklahoma City

FSU vs. Oklahoma, if necessary, TBD

Do the numbers matter for Candrea? Sure they do. One Olympic gold medal, eight NCAA championships, 109 All-Americans and more victories than any coach in Division I softball history. 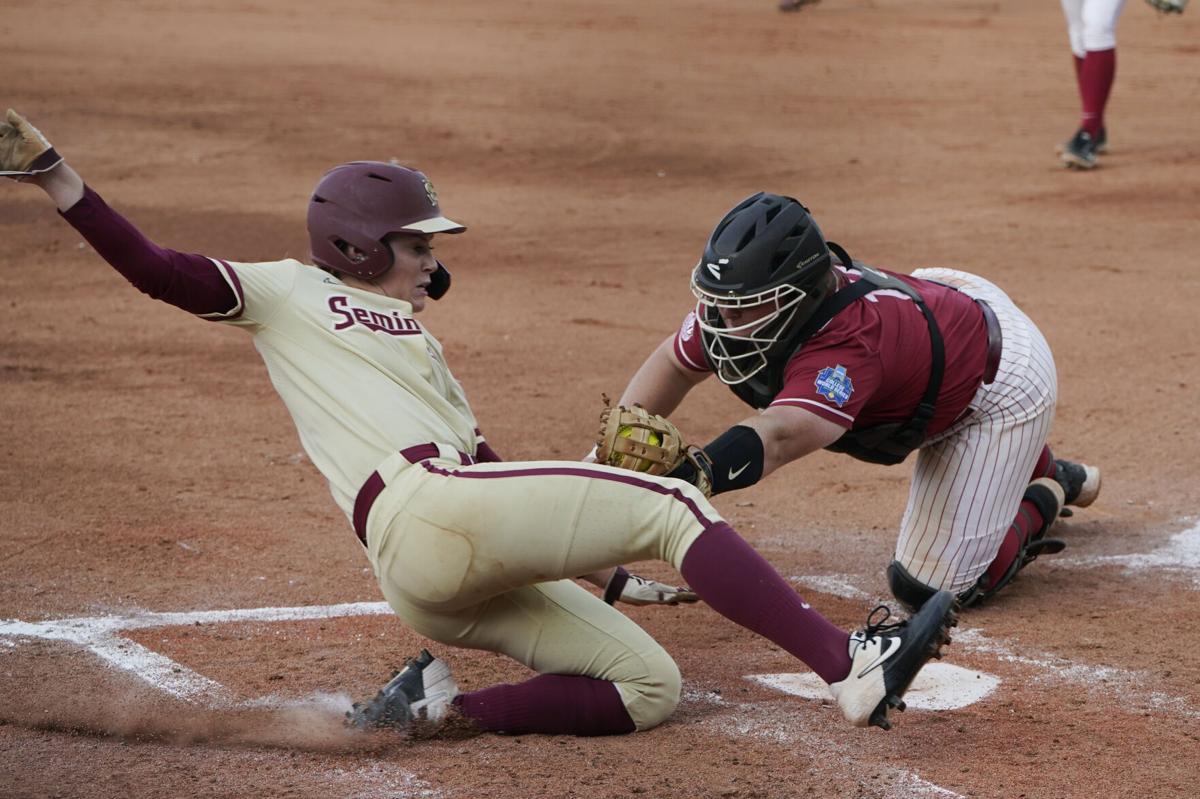 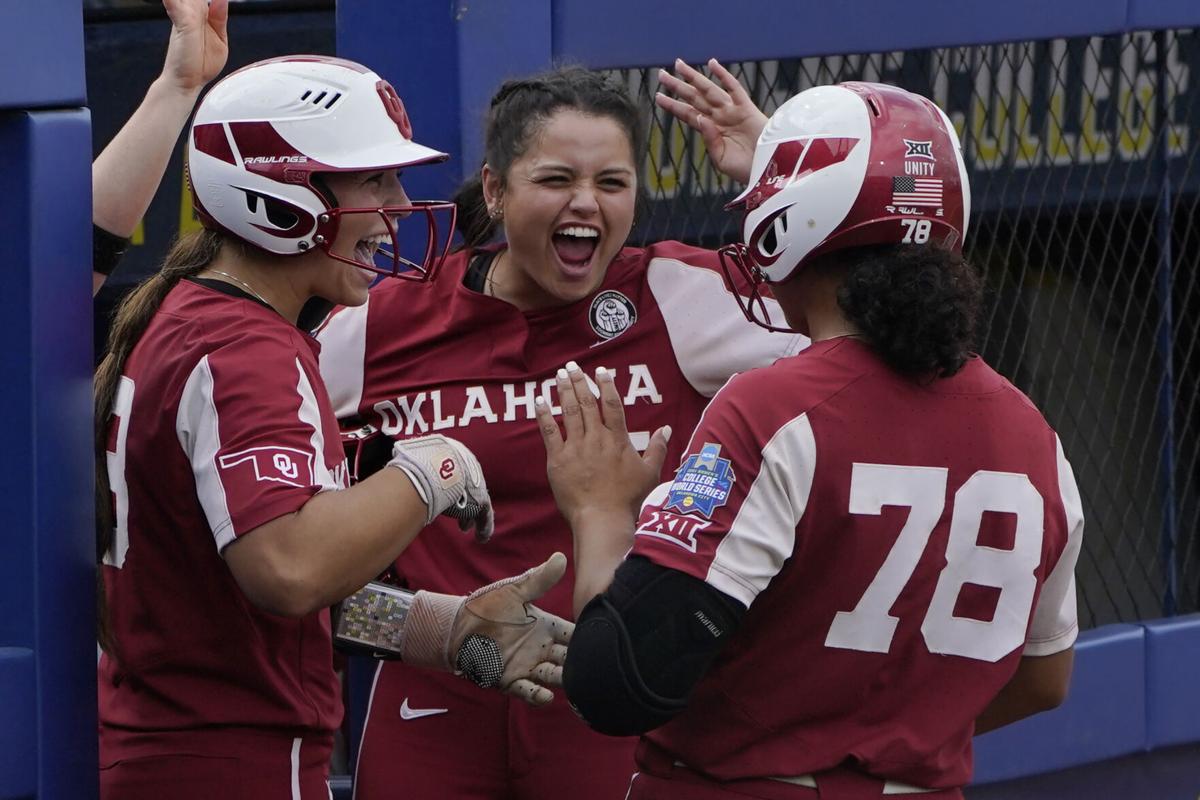