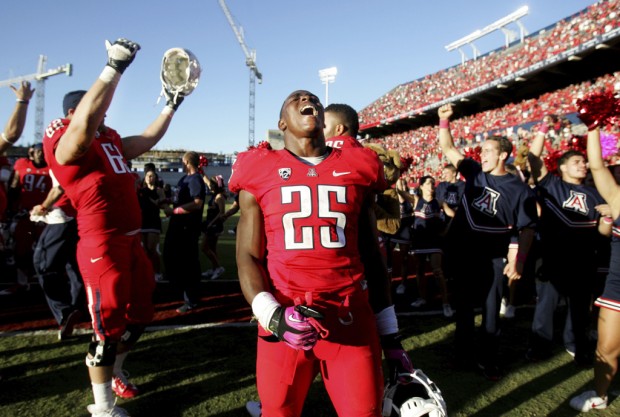 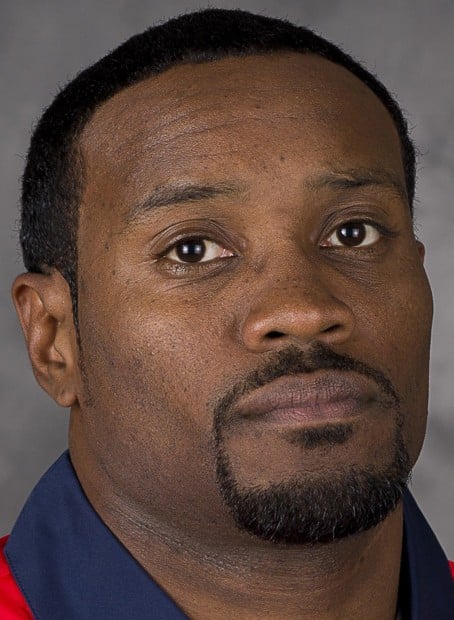 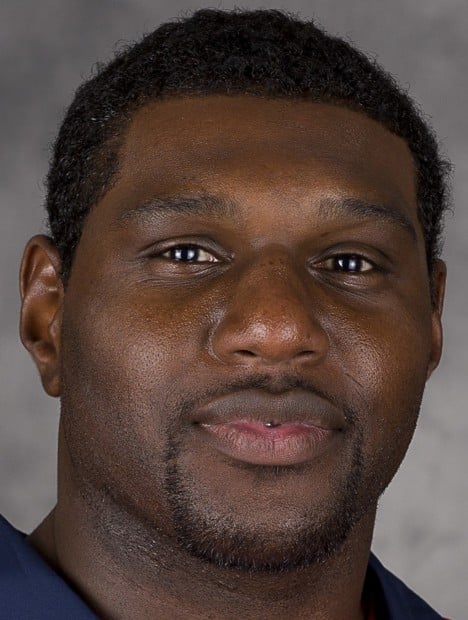 Nick Foles walks to the line of scrimmage with a calm, Texas saunter, but his mind is racing.

The Arizona Wildcats' quarterback identifies the defensive front. Then he glances at the opposing linebackers to get a hint, and sometimes its just a tiny flinch, of whether they'll blitz. He checks his receivers and the opposing defensive backs for matchups. Sometimes, he checks into a new play.

But the safeties are the keys. Foles never takes his eyes off them.

"If you watch the safeties, they'll rotate when the ball is snapped," he said. "That'll tell you where to go with the ball."

Foles' hot start to the 2011 season can be traced directly to his composure at the line of scrimmage. The game is slowing down for the UA senior in his second full season under center, with stellar results.

Though two games, Foles leads the nation in passing yards (810), completion percentage (76.34) and completions (71) and is third in the country with 401.5 yards of total offense per game. He has thrown for six touchdowns, hasn't turned the ball over, and has been sacked just twice.

Saturday night at Arizona Stadium, Foles will face No. 6-ranked Stanford - and its surefire NFL first-round pick, quarterback Andrew Luck, who is playing the best football of his college career.

"His name never gets brought up when they talk about some of the best quarterbacks in the nation," Shaw said. "But when you talk about numbers, he's up there."

With the exception of a few mechanical tweaks and an increased mobility in the pocket, Foles looks and plays much the same as he did when he took over the job almost two years ago.

The 6-foot-5-inch, 240-pound quarterback can still zip a short pass or hit wideout Juron Criner, when he's healthy, on a jump-ball fade route. But Foles is making fewer mistakes than ever, the byproduct of more experience on the field and countless hours in the film room.

He completed 34 of 42 passes for 412 yards and a career-high five touchdowns in Week 1 against Northern Arizona, a Div. 1-AA program from the Big Sky Conference.

UA quarterbacks coach Frank Scelfo said Foles is "a lot further along mentally than he was last year." His pre-snap reads are faster, and clearer, and his on-field performance is sharper.

Foles threw two interceptions in the Wildcats' first two games a year ago, and that was while attempting 34 fewer passes than the 93 he has tried so far this season. Foles' competition a year ago, Toledo and The Citadel, was downright soft compared to NAU and Oklahoma State.

The lack of picks "are something I take pride in," Foles said.

"You never want to throw an interception," he said. "To put yourself in the best situation, you have to know where the coverage is. If you know what to do with the the ball, you'll be able to deliver it to the right guy at the right spot."

Said Scelfo: "His best football is ahead of him. It's fun to watch him."

Things will get tougher for Foles in the next three weeks. While Stanford is allowing 257.5 passing yards per game, 86th in the country, the Cardinal are still the best defense the UA has seen so far this season. Oregon (78th nationally) and USC (63rd) promise to be better.

The challenging schedule, tough defenses and Arizona's increasing reliance on the pass means one thing for the Wildcats' star quarterback.

• What: Stanford at Arizona