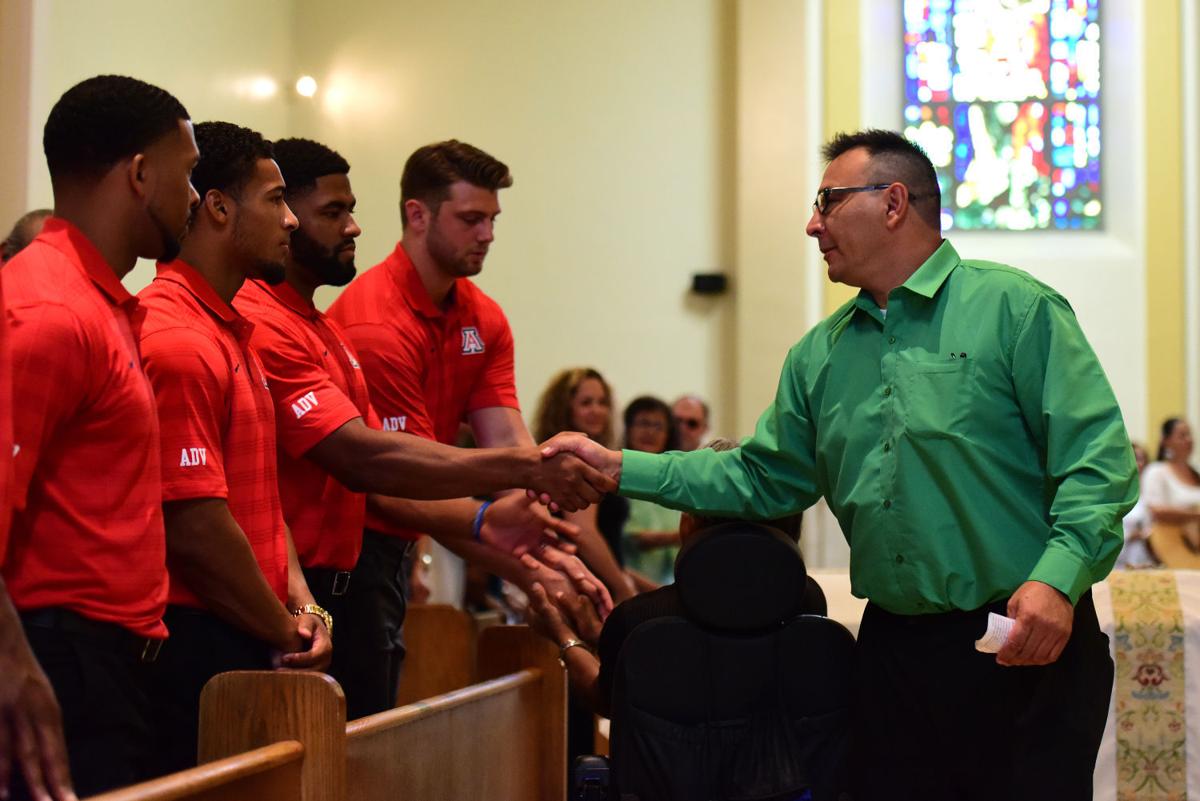 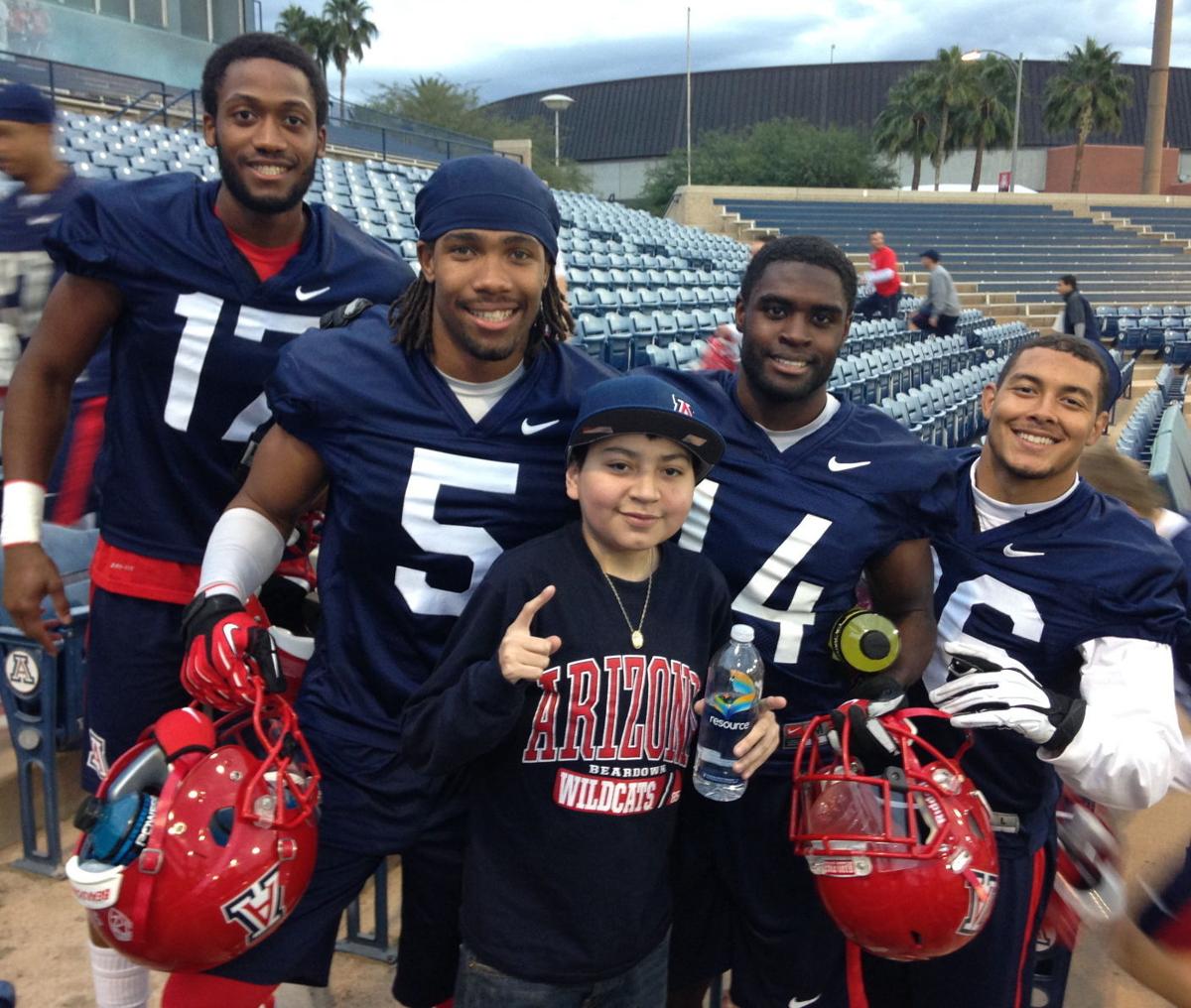 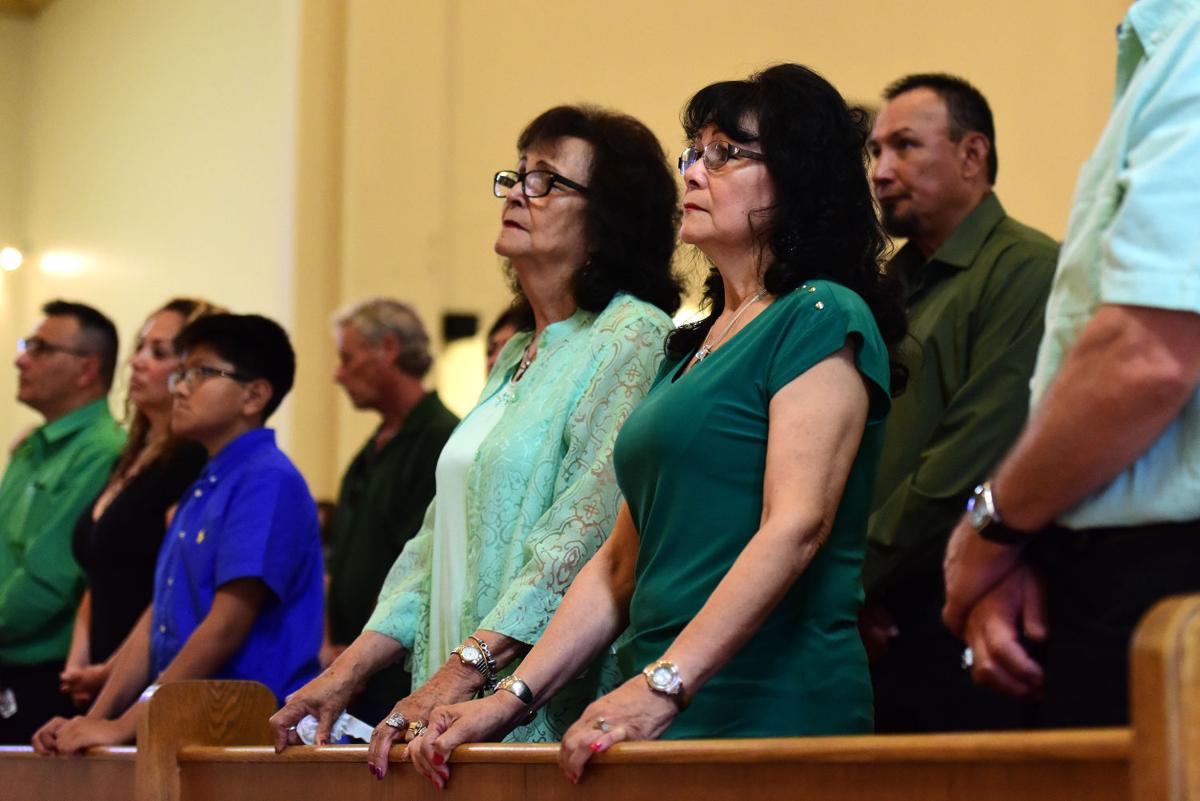 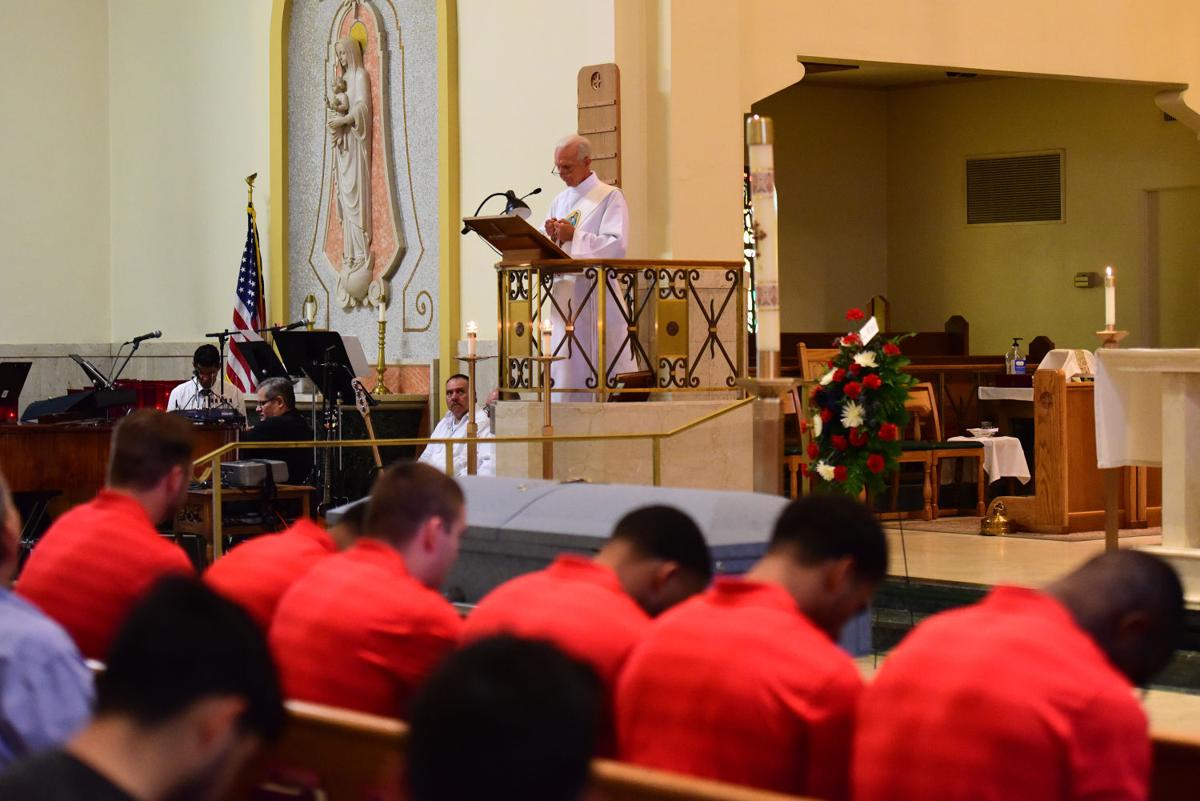 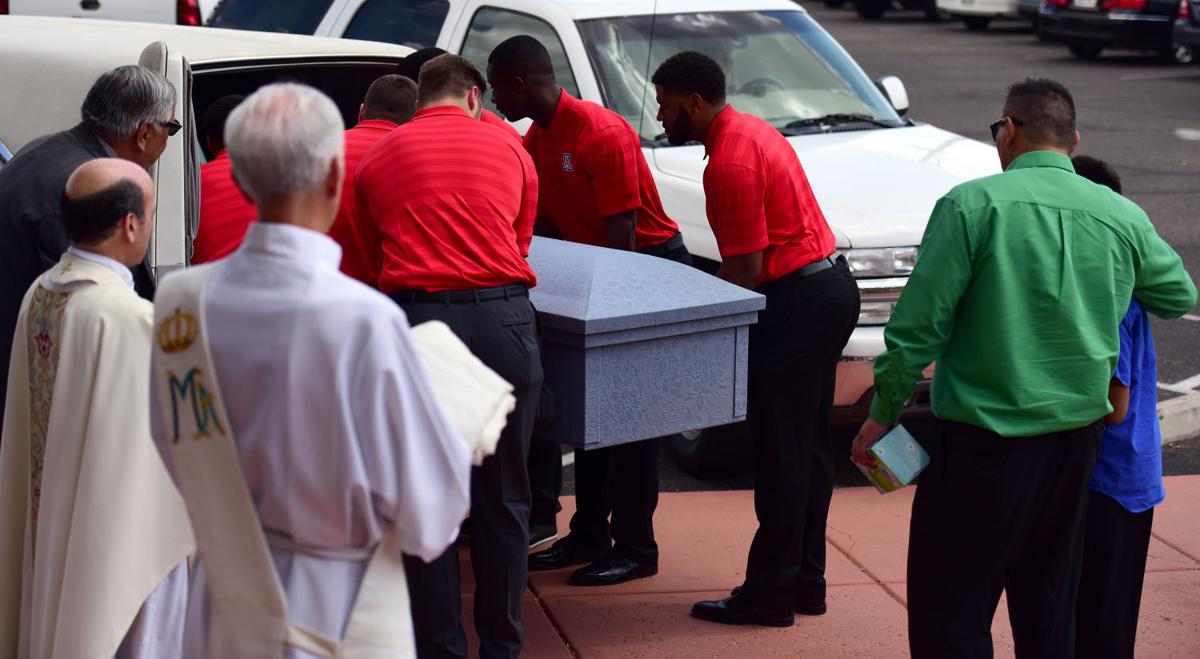 University of Arizona football players place Andrew Valdez’s casket into the hearse while his father, Art Valdez, puts an arm around his little brother, Arthur Valdez, outside of at Saints Peter and Paul Catholic Church on Saturday, June 27, 2015. Photo taken: June 27, 2015. Rebecca Noble / for the Arizona Daily Star

In a couple of months, the Arizona Wildcats will embark on a challenge that’s had coach Rich Rodriguez nervous for months now — 12 straight games.

Saturday after Saturday, the Wildcats will fight to replicate their success from a 10-win season last year. They’ll play at USC and Stanford, they’ll welcome UCLA and Utah to Arizona Stadium — and they’ll do it all without a bye-week break.

It will be difficult.

But here’s a promise: What lies ahead for the UA this fall will pale in comparison to what several members of the Wildcats went through Saturday afternoon at Saints Peter and Paul Catholic Church.

There, a handful of UA players and coaches assembled to celebrate the life of fan Andrew Daniel Valdez, 19, who died June 20 after suffering from cystic fibrosis.

The service was as inspirational as it was heartbreaking.

The quick summary of Valdez’s relationship with the Wildcats is this: Through their visits to Diamond Children’s Medical Center and their involvement in a charity event, several of the UA players got to know Andrew well.

They first visited him in his room and hung out, and quickly Andrew just sorta became one of the guys.

He was a frequent visitor to practice. He went to as many games as his health allowed. He got some face time on the Pac-12 Network during a contest and might as well have had a stall in the Wildcats locker room at Lowell-Stevens Football Facility.

Some say they bleed cardinal and navy; this kid never needed to be tested.

So when Andrew — small in stature, but large in life — died, it hit the UA football family hard.

On Saturday, still several weeks before they start that stressful fall journey, the Wildcats did their guy Andrew proud.

Kern, Murphy, Butler, Lopez, receiver Nate Phillips and safety Will Parks all served as pallbearers for their friend. Wearing red UA polo shirts with “ADV” on the arm, the six Wildcats slowly escorted Andrew’s casket up and down the aisle at Saints Peter and Paul.

The only sound preventing silence inside the church was the quiet sobbing among the couple hundred or so people assembled for Andrew. Kern, who delivered one of two eulogies at the service, led the way for his teammates with eyes that were so red and puffy, they were hard to see.

He, along with Lopez, read a prayer to the crowd and sat closely with their teammates.

After more than an hour celebrating and reflecting on Andrew’s life, Kern delivered an emotional speech. There were the light parts — when Kern talked about Andrew’s three complaints in life; hospital food, Arizona State and LeBron James — and sad parts when the tight end’s voice cracked, talking about his “brother and second family.”

Kern finished by telling everyone: “We will always remember Andrew by his strength and spirit.”

It was the perfect way to end his remarks, because Kern was showing a tremendous amount of strength and spirit himself.

The Wildcats have shown zero fear making friends and relationships with the patients they visit at the UA- and Banner Health-affiliated hospital.

Among the Wildcats at Andrew’s service Saturday was kicker Casey Skowron. He knew Andrew and was close with another patient, Kelsey Luria, a Catalina Foothills High senior who died earlier this year.

People like Kern and Skowron, and others in attendance on Saturday, refuse to let the sadness and grief that can come along with these relationships prevent them from being made.

In a perfect world, no college junior should ever have to deliver a eulogy.

But Kern did. He spoke with love and passion about his friend, Andrew. He relied on his teammates for support. He hugged Andrew’s dad, Art, as hard as you’d hug your own dad.

And here’s the light at the end of this sadness tunnel: Kern and the Wildcats made the final 16 months of Andrew’s life a tad happier and easier.

The picture on the front of the program from Saturday’s service shows Andrew in a UA hat and shirt, surrounded by Wildcat football players.

Kern’s Saturday was hard. His Sunday will be harder. But here’s hoping — and believing — that there’s another patient inside the hospital whose life will benefit from the Wildcats.

If Saturday was any indication, Kern and his UA teammates will be up for it, no matter the sadness that awaits. Rodriguez doesn’t have as much to worry about as he thinks.

Grooming the turf at Arizona Stadium

Grooming the turf at Arizona Stadium

University of Arizona football players place Andrew Valdez’s casket into the hearse while his father, Art Valdez, puts an arm around his little brother, Arthur Valdez, outside of at Saints Peter and Paul Catholic Church on Saturday, June 27, 2015. Photo taken: June 27, 2015. Rebecca Noble / for the Arizona Daily Star