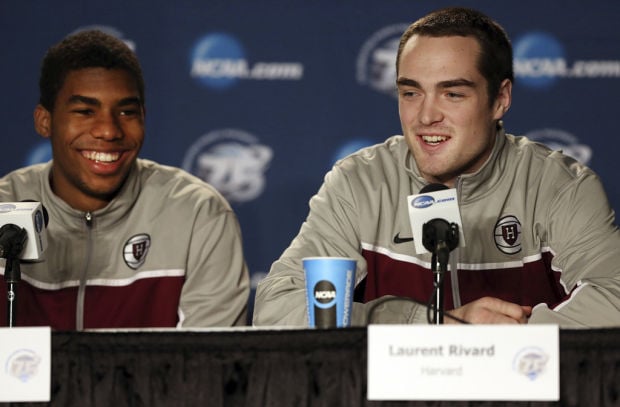 Charles Howell III rips a shot from the fairway to the 13th green during his match against Fernando Gonzalo-Castaño, who won 6 and 5.

On his first night in Tucson, rather than bunk at La Paloma or Hacienda del Sol or any of the $350-a-night resorts near Greg Byrne's home, Rich Rodriguez made himself at home.

Rich and Rita Rodriguez would sleep in the guest bedroom. Their teenage children, Raquel and Rhett would make do with an air mattress and sleep on the floor.

Rodriguez would not merely dip his toes in the Wildcats' pool; he was all in.

The man from Grant Town, W.Va., (population: 657) had awakened Monday in Naples, Fla., flew to Detroit to pick up his family and arrived at Byrne's home a few ticks before 11 p.m. Rita carried an armful from McDonald's late-night menu to the Byrne's kitchen, and Arizona's new football coach sat on the sofa, reading text messages from Wildcat recruits.

"Tired?" he asked. "My body doesn't know what time it is. In the last five days, I've been in New York, Texas, Florida, Michigan and now Arizona. I can't wait to get up and see what Tucson looks like."

It turned out to be a beautiful day.

Rodriguez listened, emotional, as the football team, his football team, sang "Bear Down, Arizona." He met many of the Wildcats who played in and won Territorial Cup games, from John Fina and Lamonte Hunley to Max Zendejas and John Kaiser.

He put his arms around the UA football community and embraced it like is hasn't been embraced since Dick Tomey was forced off the property 11 years ago.

Most importantly, for the first time in 321 days, Rodriguez awoke as a football coach. That's what put the country charm back in his voice.

"For 18 years I woke up as a head coach and all that comes with it and that's what I do best," he said late Monday night. "Every day there would be 120 players, a coaching staff, the managers, trainers and maybe 50 other people waiting for me to make a decision and to give them some direction. All of a sudden I didn't have that. I missed the camaraderie and the aspect of working toward a common goal.

"I wanted it back. I've got something to prove."

Byrne gave Rodriguez more than the keys to the office and a five-year contract. He gave the son of a coal miner the authority to encourage UA football fans to believe that 13 years of crummy football is neither a sentence nor a curse.

Football coaches say a lot of irretrievable things on the day they are hired, most of them wildly optimistic but obligatory nonetheless.

We would settle for half of that, wouldn't we?

In the history of UA athletics, only one man, Lute Olson, arrived on campus with a more impressive coaching background than Rodriguez. The expectations are a given. Rodriguez is expected to win. Now. Next year. And thereafter. This isn't a tryout.

A week ago, someone associated with former Florida coach Urban Meyer let it slip that he had spoken with Byrne about Arizona's coaching vacancy. Byrne insisted Monday night and again Tuesday afternoon that he did not ask Meyer to be Arizona's football coach.

But that meeting, and its attendant publicity, made it clear that Byrne was not planning to come home with a coach from somewhere in Louisiana or from Conference USA.

"It sent a good message to our fan base that we were serious about what we were doing," Byrne said. "We were talking to the best people. I offered the job to Rich Rodriguez. He was the only guy."

Arizona hasn't played in a Rose Bowl, but that doesn't mean it ever sold itself short in these coaching searches. In 1987, for example, director of athletics Cedric Dempsey persuaded the sitting Ohio State coach, Earle Bruce, to visit Tucson and interview for the job.

It sounded like a fantasy until, indeed, Bruce checked into a room at La Paloma and accepted the job.

Alas, Bruce changed his mind overnight and checked out the next morning.

This time, Rich Rodriguez, formerly head coach at Michigan, West Virginia and of the Glenville State Pioneers, agreed to be Arizona's football coach before he ever saw a Tucson sunrise.

I suspect he will let the sunshine in.

Rich Rodriguez was officially introduced at the new University of Arizona head football coach during a press conference at McKale Center on Tuesday.

Charles Howell III rips a shot from the fairway to the 13th green during his match against Fernando Gonzalo-Castaño, who won 6 and 5.