Before there was anything like ESPN or KenPom.com or the program-altering concept of one-and-done, athletic directors from Arizona State and Arizona came to a historic agreement that more UA-ASU basketball games would be better.

So in the summer of 1976, Arizona AD Dave Strack and ASU athletic director Fred Miller agreed on a four-year alternating home-and-home schedule in which the Sun Devils and Wildcats would open the season against one another.

The coaches, who would’ve preferred opening the season against Idaho or NAU, hated the idea, but the ADs, inventing ways to generate income, overruled. The four-game series drew crowds of 14,606 and 14,268 at McKale Center, and 11,533 and 9,643 at ASU’s sparkling new Activity Center.

The fans loved it, and why not?

Both teams were still breaking in their basketball arenas, two jewels in college basketball’s beginning stages of a facilities arms race. And both had blossomed to national relevance; the Sun Devils were coming off a 25-4 Elite Eight season and a final ranking of No. 8 in the 1975 AP poll.

Arizona had just completed a 24-win season, reaching the 1976 Elite Eight against UCLA.

The grand concept was to infuse the UA-ASU basketball rivalry into Big Game Weekend, staging the nonconference basketball game a day or two before the Territorial Cup football showdown.

In the Big Game Weekend in Tucson, Nov. 24-25, 1978, the Sun Devils bashed Arizona’s women’s basketball team 105-62 at McKale in a prelude to the men’s game. An hour later, Arizona State prevailed in one of the most controversial finishes in the long history between the two, winning 84-82 when Tucsonan Lafayette “Fat” Lever, playing his first game as a Sun Devil, scored the winning basket on a goaltending call.

UA coach Fred Snowden roared. “It was damn well not goaltending,” he said.

To make it worse — if that were possible — Arizona guard Joe Nehls’ last-second shot to send the game into overtime was batted away at the rim by Sun Devils 7-footer Alton Lister. There was no goaltending call.

UA fans grew hostile, booing Final Four officials Irv Brown and Charlie Range so vigorously that the officials required a policeman to escort them from the court.

For the Wildcats, Big Game Weekend couldn’t get worse, could it?

A day later, ASU’s football team beat the Wildcats 18-17 before a record-crowd of 58,090 at Arizona Stadium when UA kicker Bill Zivic missed a 45-yard field goal attempt on the final play.

The Big Game Weekend concept ended soon after the two schools joined the Pac-10; in 1979, the NCAA ruled that no college basketball game could be played before Dec. 1. That meant the Big Game Weekend was no more, although the contract between Arizona and ASU was not yet complete.

The final UA-ASU nonconference basketball game was squeezed into the schedule on Dec. 27, 1979, in Tempe. By that stage of the season, the Wildcats and Sun Devils already had rearranged their schedules to play Washington State and Washington in conference games before Christmas.

The Sun Devils won, 85-78, and then began what appeared to be a seismic shift in the trajectory of the rivals’ basketball programs.

The series has never had the same passion and oomph. The Snowden vs. Wulk years were as good as it has been.

Oh, it briefly registered on the heartstrings of UA fans during Bill Frieder’s brief run to a Sweet 16 in 1995, but that’s about it.

It wasn’t until the Sun Devils hired Duke All-American Bobby Hurley — loathed in a basketball sense — four years ago that the full spirit of those Big Game Weekend games of 40 years ago returned to the UA-ASU basketball series.

Hurley’s Sun Devils swept Arizona last year. And even though it was a historically bad season for the Wildcats, Hurley and his club are feared in Tucson as much as any ASU team since the Lever-Scott-Lister Sun Devils of 1979-80.

The gap between the two programs has said to be diminishing for decades. However, a look at the decade-by-decade records of Arizona and ASU makes one wonder if, indeed, much has changed except for the animated man from Duke who now sits on the visitor’s bench at McKale Center.

And even in the 1980s, a transition decade in which Lute Olson rescued Arizona and the Sun Devils bungled the firing of Wulk, the gap was significant in conference games: Arizona went 100-80 and ASU was 91-89.

Since the last Big Game Weekend, the UA-ASU basketball series has been the opposite of parity — 495-225 for Arizona, and 336-384 for the Sun Devils.

What will it take to make this decade any different than the last four? Having Hurley on the visitor’s bench for the next 10 years is the best suggestion I’ve got.

A Q&A with Arizona State's standout guard ahead of Saturday's Pac-12 opener against No. 25 Arizona in McKale Center.

The Wildcast, Episode 238: What to expect when No. 25 Arizona faces ASU at McKale Center 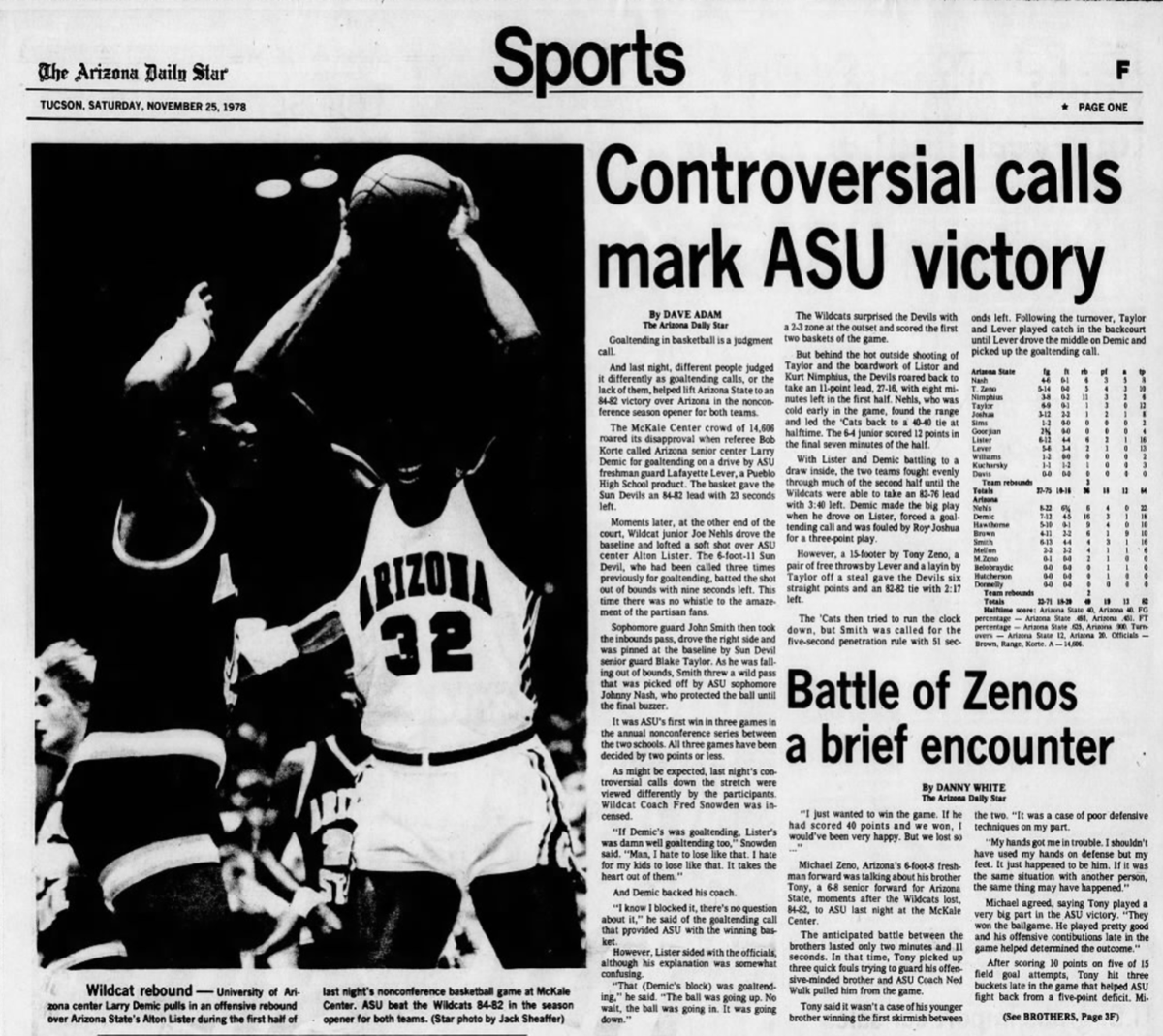 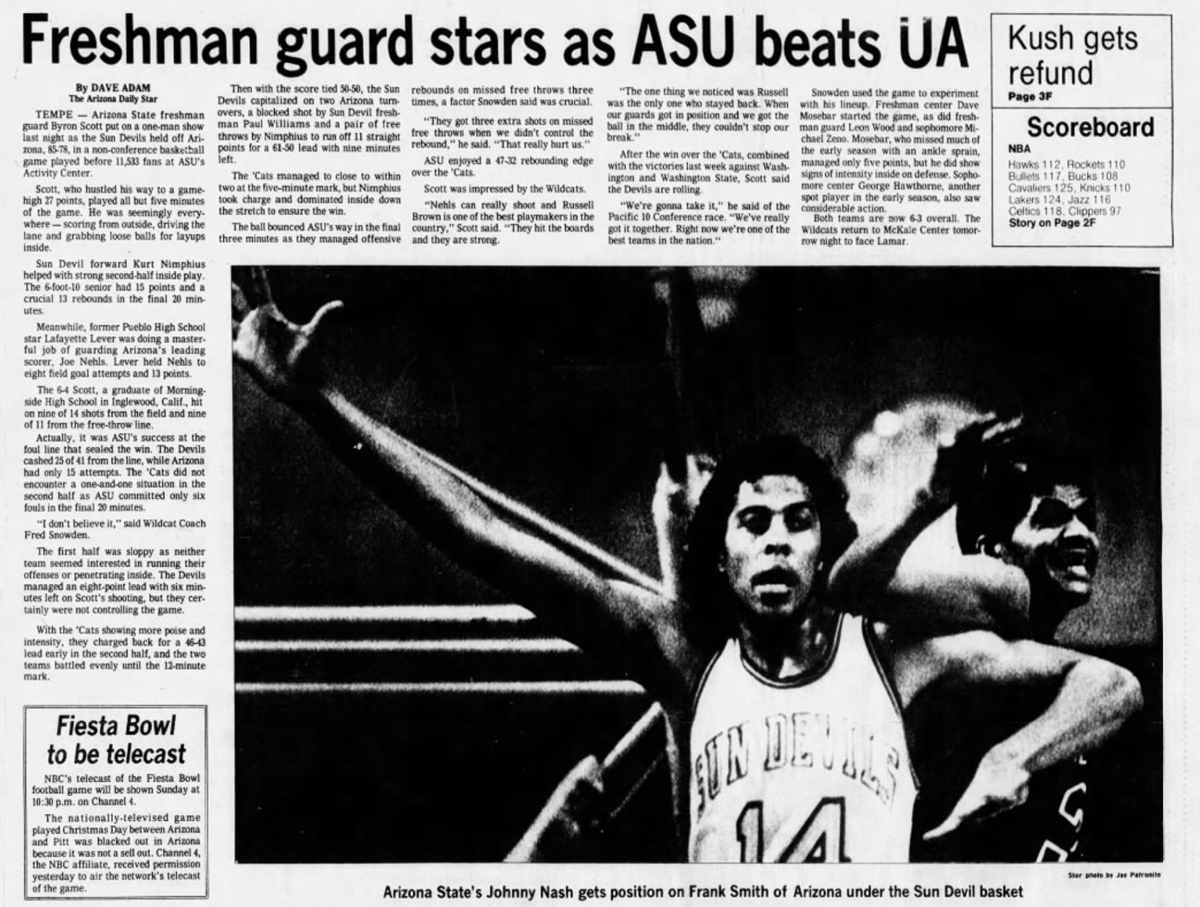 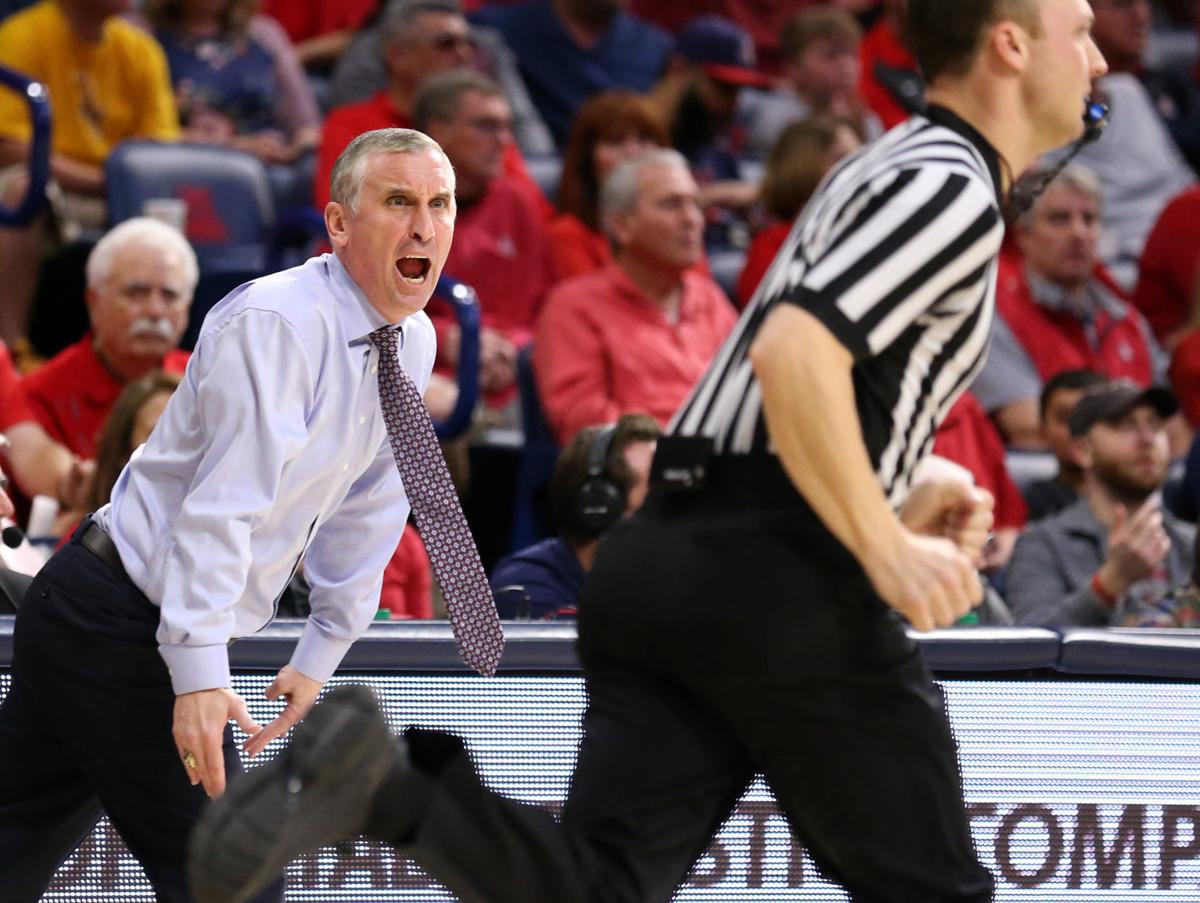