In 1989, I suggested that Tucson would never have a high school football player to match Amphi running back Michael Bates. It was silly to think anyone could be superior to Bates, who went on to play in five NFL Pro Bowls.

In 1993, I reconsidered. I could not recall a high school football player as dominant as Mountain View’s Kevin Schmidtke. Tough kid. Unsurpassed football instincts. He gained 5,155 career yards, which seemed super-human, and led Mountain View to a glorious 14-0 state championship.

I spent hours researching the topic. Who was the best high school running back in Tucson history? Bates? Schmidtke? Who was I missing? In the end, it was like trying to choose Robert Redford’s best movie.

Hayzel Daniels of Tucson High, 1925 and 1926, twice rushed for 300 yards in a game at a time when gaining 75 yards was considered prolific. It was man-vs.-boys stuff. But the timing was tragic; no major college recruited black athletes in 1926.

By 1980, Sunnyside’s Fred Sims broke all the local records, gaining 2,107 yards in a season and 3,580 in two seasons. Oklahoma coach Barry Switzer, then a ranking name in college football, flew to Tucson to make sure Sims signed with the Sooners.

Bates. Batiste. Schmidtke. Daniels. Sims. Carey. It is impossible to cut two from the list and declare a Mount Rushmore of Tucson prep running backs.

It has become even more difficult; now it’s a Super Seven.

Barring injury, Salpointe Catholic senior Bijan Robinson will become the first Tucsonan to crash the 6,000-yard barrier. He has 5,794. He has scored 91 touchdowns, zooming past the previous city record of 82 shared by Schmidtke and Bates.

I am not ready to say Robinson is No. 1; that would diminish the superb running backs of the last 100 years, but Salpointe has the possibility of playing nine more games. At this rate, Robinson would shoot past 7,000 yards.

After Robinson declared he would play for the Texas Longhorns, UT coach Tom Herman used a rare free weekend to fly to Tucson and watch him play at Tucson High.

Do you realize Robinson is averaging 25.5 yards per carry this season? Is that possible?

Such excellence leads to another level of speculation: Is Robinson having the best individual season of any athlete, any sport, in Tucson high school history? You shouldn’t ask that without understanding the competition. Here are what I consider the three most unassailable individual sports seasons in Tucson prep history:

• Vance Johnson, Cholla, track, 1981. Arizona’s future All-Pac-10 running back and Denver Broncos Super Bowl wide receiver long-jumped 25 feet 8 inches and 24-9 ½ in his senior year at Cholla. Those distances put you in contention for the Olympics. Johnson also ran the state’s fastest times in the 100 meters (10.8 seconds) and 200 meters (21.6 seconds).

By the time Salpointe’s season is complete, it’s not unreasonable to think Robinson’s football career will challenge Fowler’s softball career, which is, in my opinion, No. 1 in Tucson prep history. She went 105-8, won three state championships and was twice named Gatorade’s national softball player of the year, striking out 1,449 batters — which is more than two per inning.

If Robinson gains 7,000 yards and Salpointe wins the state title, he could jump to No. 1.

Across 100 years, Tucson has produced more pitching standouts than any other position in any other sport, although you can argue that running backs and Sunnyside’s wrestling excellence belong in the conversation.

But when you’re considering a One Man Show — or, in Fowler’s case, a One Woman Show — Bijan Robinson is on a path to the top.

Salpointe Catholic running back Bijan Robinson is on pace for one of the great high school seasons, regardless of sport, in Tucson prep history. Here's a look at this year's numbers;

Robinson needs just one half to write name in high school football history.

Falcons improve to 2-3 while dropping Warriors to 4-1.

What has possessed the Arizona Wildcats in the fourth quarter lately?

Cats Stats: The UA has outscored its past two opponents 22-0 in the final period thanks to better game management, conditioning and depth – and by playing keep-away.

Slowly but surely, Dixie Wooten is molding the Tucson Sugar Skulls’ roster into a blend of last year’s expansion team and the Iowa Barnstormer…

Class came just before team underwent military-style training in preparation for the 2019-20 season.

Matchup between undefeated teams is game of the week — maybe the game of the year — in Tucson.

Desert View and Rincon/University are playing a rare Thursday night game; here's who we like to win

This week's slate of high school football games starts a day early. Desert View will travel to Rincon/University on Thursday night for a showd…

Salpointe Catholic star Bijan Robinson: My big season has been a 'blessing'

The Lancers' Texas-bound running back in the Star's player of the week.

'He was unstoppable': An oral history of Khalil Tate's record-setting performance vs. Colorado in 2017

Players and coaches from both sidelines recall the night Khalil Tate took the college football world by storm.

'Mr. Football' on why UA freshmen don't talk, how coaches make history and what to watch for in Boulder

The Star's longtime columnist checks in with storylines and things to watch heading into Saturday's game at Colorado.

The Star's Michael Lev breaks down five storylines to watch when the UA travels to Colorado Saturday.

Three things to keep an eye on when the Cats battle the Buffaloes in Boulder. 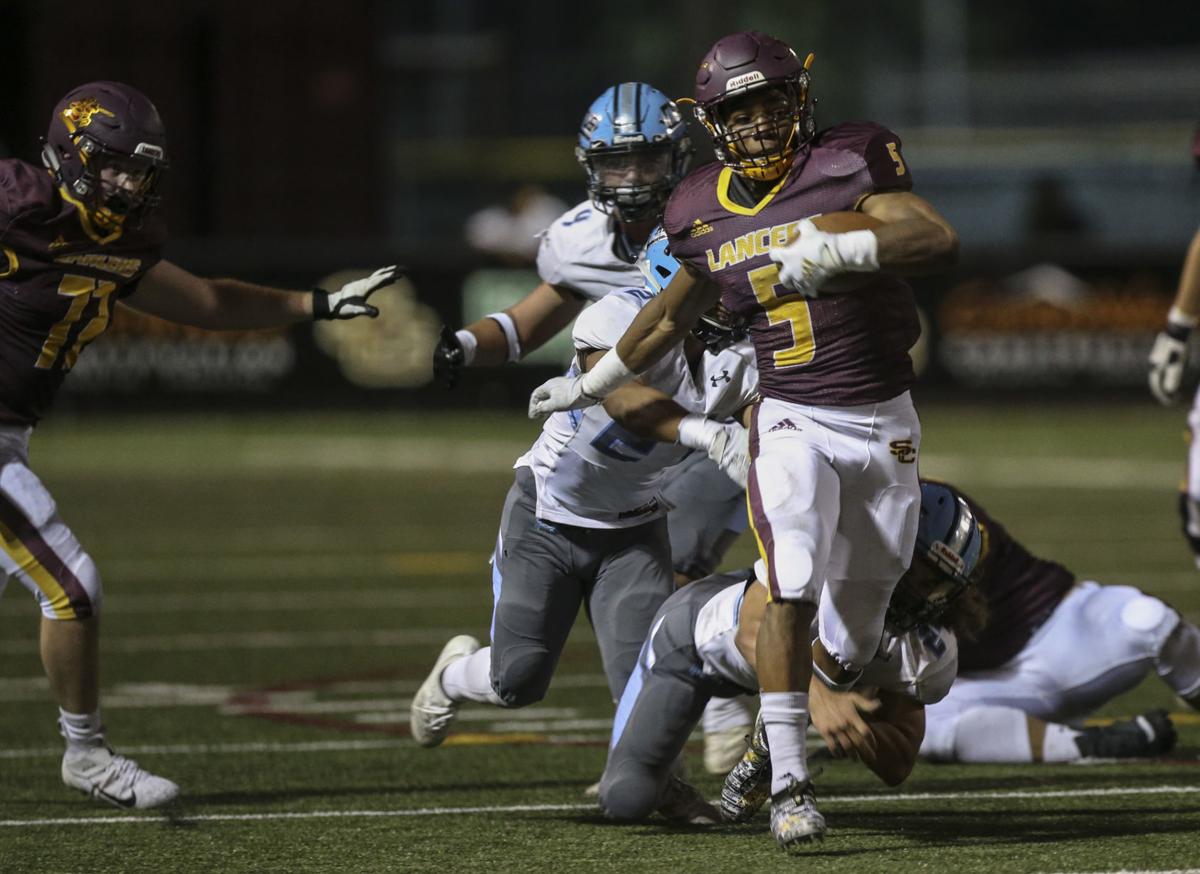 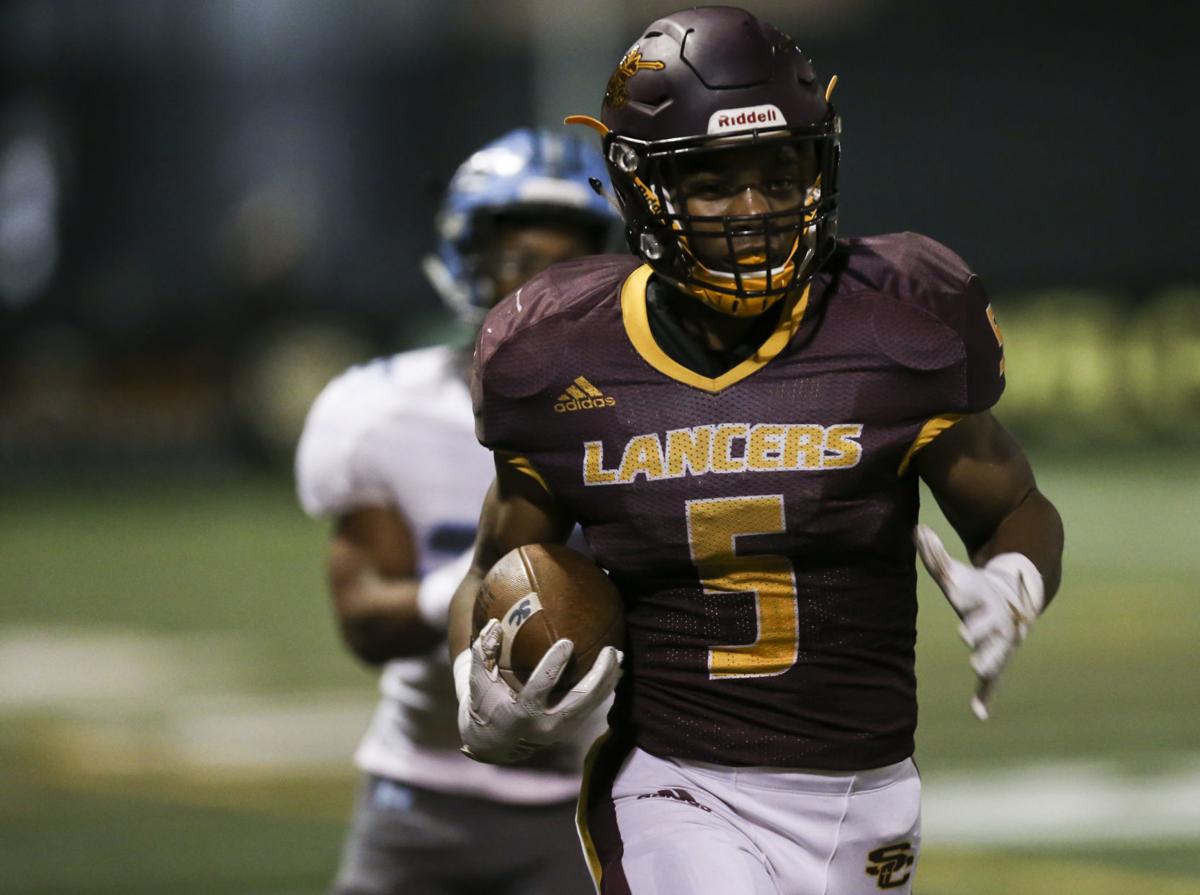 Bijan Robinson could shoot past 7,000 career rushing yards if he keeps averaging nearly 250 yards per game and if Salpointe makes a playoff run. 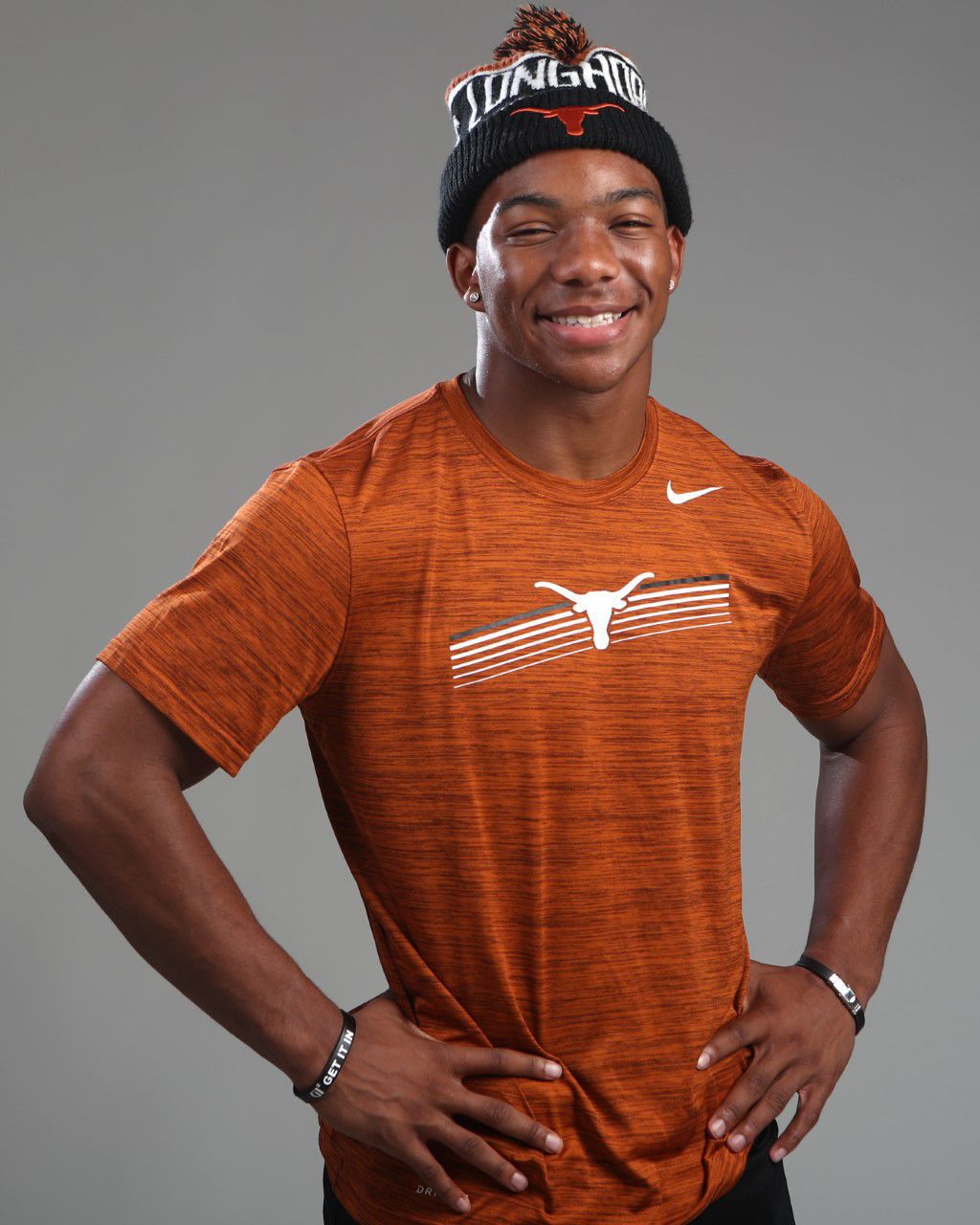 Salpointe High School running back Bijan Robinson, shown on July. 31, 2019, has committed to the University of Texas.