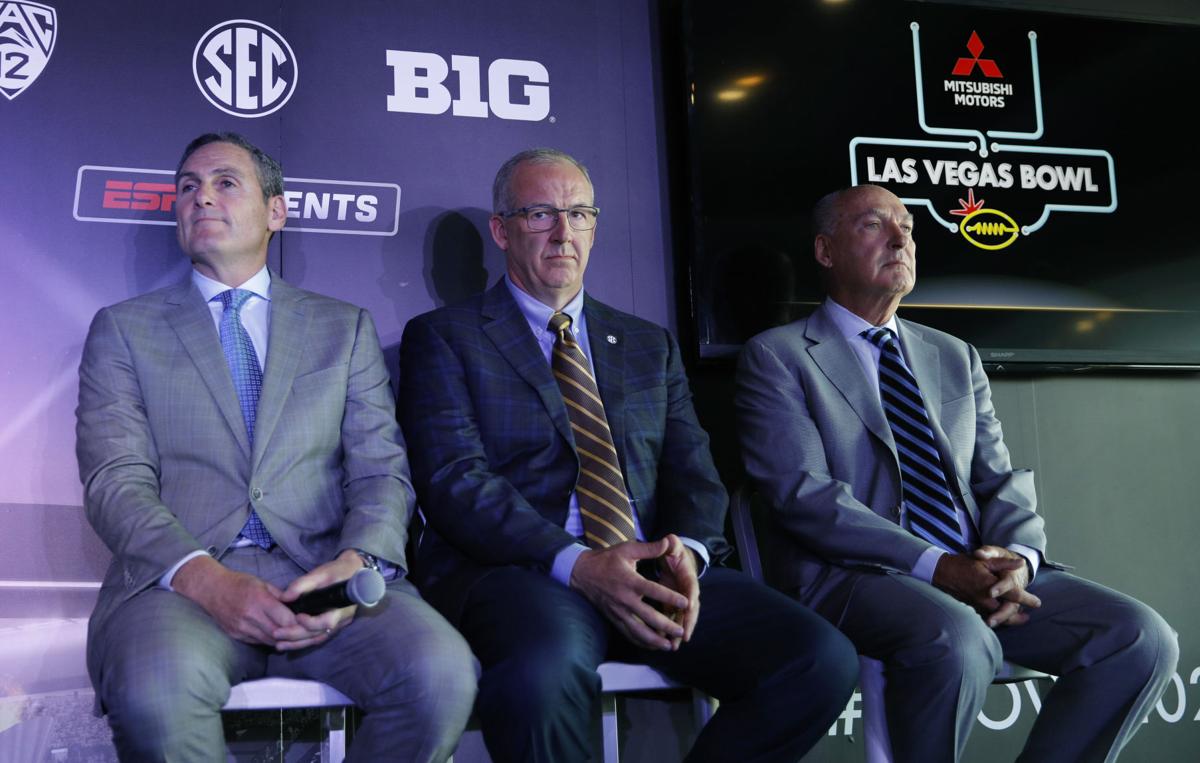 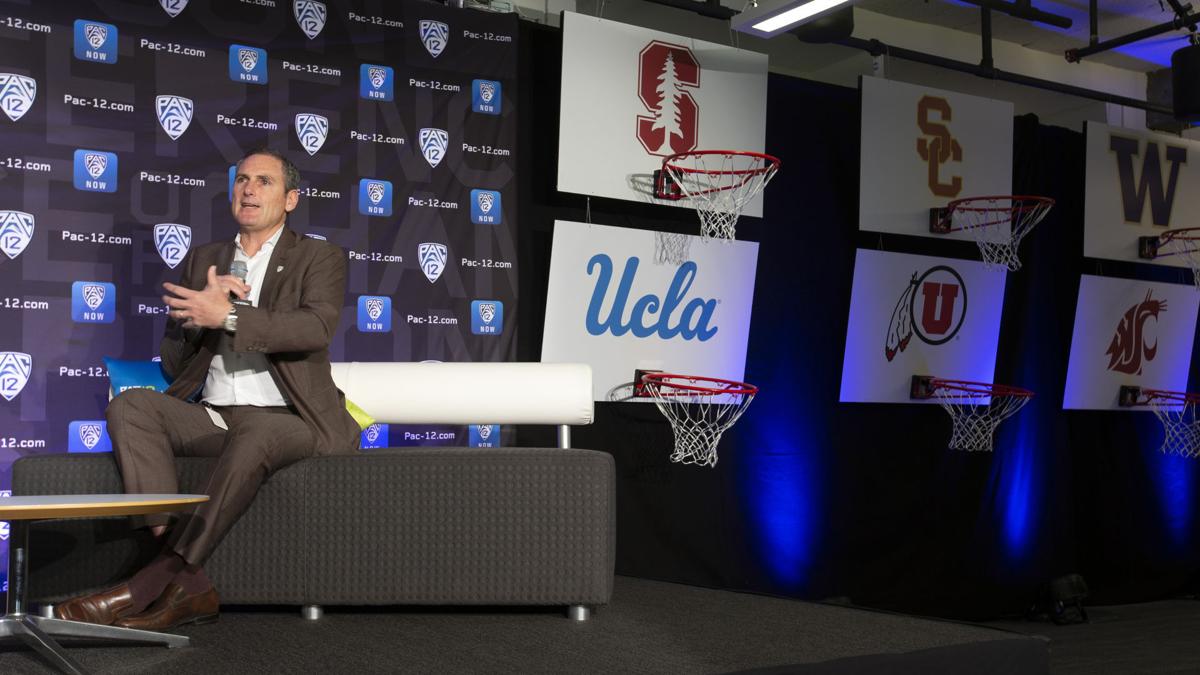 Hired to be Pac-12 commissioner in the early spring of 2009, Larry Scott told The New York Times: “I’ve picked up on the sense that the Pac-10 may not be boxing at their appropriate weight.”

That was irrefutable. The league was three years away from being eligible for a new media rights contract, which would almost triple the annual income for every league partner. That inevitable deal with ESPN and Fox — both desperate for West Coast late-night programming — could’ve been negotiated by Humpty Dumpty.

In retrospect, it’s now clear that the Pac-10 hired not a heavyweight, but a lightweight.

Larry Scott was the wrong man for the job, and the evidence has piled up with such clarity and in such volume that it can’t be ignored. He has been a step slow so often — especially during the COVID-19 shutdown — and taken so many punches that it’s amazing the league is still on its feet.

The latest toxic news from Scott’s compound, as reported by Jon Wilner of the San Jose Mercury News on Monday, is that the Pac-12 distributed performance bonuses to employees in its San Francisco headquarters, from Scott to midlevel managers, approximately one month before half the staff was laid off or furloughed.

On Tuesday, one Power 5 conference athletic director told me Scott’s bonus was “beyond wrong.”

It makes you wonder what the league was thinking when it hired Scott in the spring of 2009. Weren’t there better and more qualified prospects?

Former Stanford athletic director Bob Bowsby, who directed the search committee, said he was impressed by Scott’s “branding and sponsorship development” as president of the women’s pro tennis tour. The Women’s Tennis Association had aligned with Mercedes-Benz, Whirlpool and Dubai corporations.

But what Scott lacked was sorely overlooked. Pro tennis was all about money.

He had no understanding about working with college athletes and coaches or connecting to college communities. Bowlsby and his committee, wishing to distance itself from the provincial, old-school Pac-10 model of the 1990s, forgot about the collegiate environment and condensed its list of candidates to Scott, San Diego Padres CEO Sandy Alderson and USC grad Terry Marks, then president of Coca-Cola’s North American Business Unit and now CEO of Hooters.

It reportedly offered the commissionership first to Greg Shaheen, then senior vice president of the NCAA’s basketball and business operations. Shaheen is now a consultant for a strategic management firm dealing with college athletics in Indianapolis.

The Pac-12’s Final Four of 2009 was a baseball guy, a tennis guy, a soft-drink executive and a man from the NCAA.

Among the Pac-10 presidents who approved Scott’s hiring was Mark Emmert, then the president of Washington and now the embattled executive director of the NCAA. Gulp. Except for Oregon President David Frohnmeyer, every other president in the league in 2009 had shown little instinct toward the successful operation of college athletics — especially influential Michael Crow of ASU, a pro-Scott holdout whose school had underperformed athletically for 20 years.

Arizona President Robert Shelton was similarly not a man you’d want to establish a vision for the coming decade of Pac-10 athletes. Shelton was at the helm when Kevin O’Neill all but blew up the UA basketball program. Shelton’s contract was not renewed two years later.

Those presidents essentially gave Scott the freedom to set his own financial course.

At its highest levels, the Pac-12 of 2020 has been thoroughly reinvented. There are now four female presidents and chancellors. There were none in 2009. Every school has a different athletic director than it did in 2009.

Since 2009, the league his “hired up,” bringing in prominent ADs such as Arizona State’s Ray Anderson, Washington’s Jen Cohen, WSU’s Patrick Chun and Colorado’s Rick George. Arizona’s Dave Heeke has distinguished himself; he gets it. Utah’s Mark Harlan is a rising star in the industry.

Replacing Scott should not require a global search that includes anyone from pro tennis or Coca-Cola or from the NCAA front office. It should learn from its mistake of hiring someone foreign to college sports and target the opposite of Scott.

Two of the first people considered should be Texas athletic director Chris Del Conte — a UC Santa Barbara grad who has worked at Washington State and Arizona — and West Coast Conference Commissioner Gloria Nevarez, who worked in the athletic departments at Cal and Oklahoma before becoming the Pac-12’s senior women’s administrator.

She hopefully learned what not to do in her few years under Scott.

Del Conte? He’s a people-person, upfront, a critical thinker who changed the image of TCU before moving to the Texas Longhorns; he is by any measure one of the four or five leading ADs in college sports.

When Greg Byrne left Arizona to become AD at Alabama in 2017, he was asked if he had any recommendation for Scott and the Pac-12.

“Make sure the money gets back to the schools,” he said, candidly.

As was reported Monday, that’s still a problem. Even in a historic financial crisis, it’s still finding its way to Scott.

Sending players to the NFL isn't a conclusive indicator of success in college football — I mean, the Idaho Vandals have six active NFL players compared to Arizona's four — but if you know of a more revealing factor of success, let me know.

A helping Hand: Son of 'Desert Swarm'-era offensive lineman hopes to contribute to Wildcats in 2021

At Arizona, the 6-foot-3-inch, 285-pound JT Hand will play center — a position taught to him by his father, Bryan.

The delayed football season will run through the weekend of Dec. 18-19; schools that have local health approvals can begin practicing immediately.