Greg Hansen: It's time UA did right thing and put Ernie McCray into Ring of Honor
Share this
1 of 3 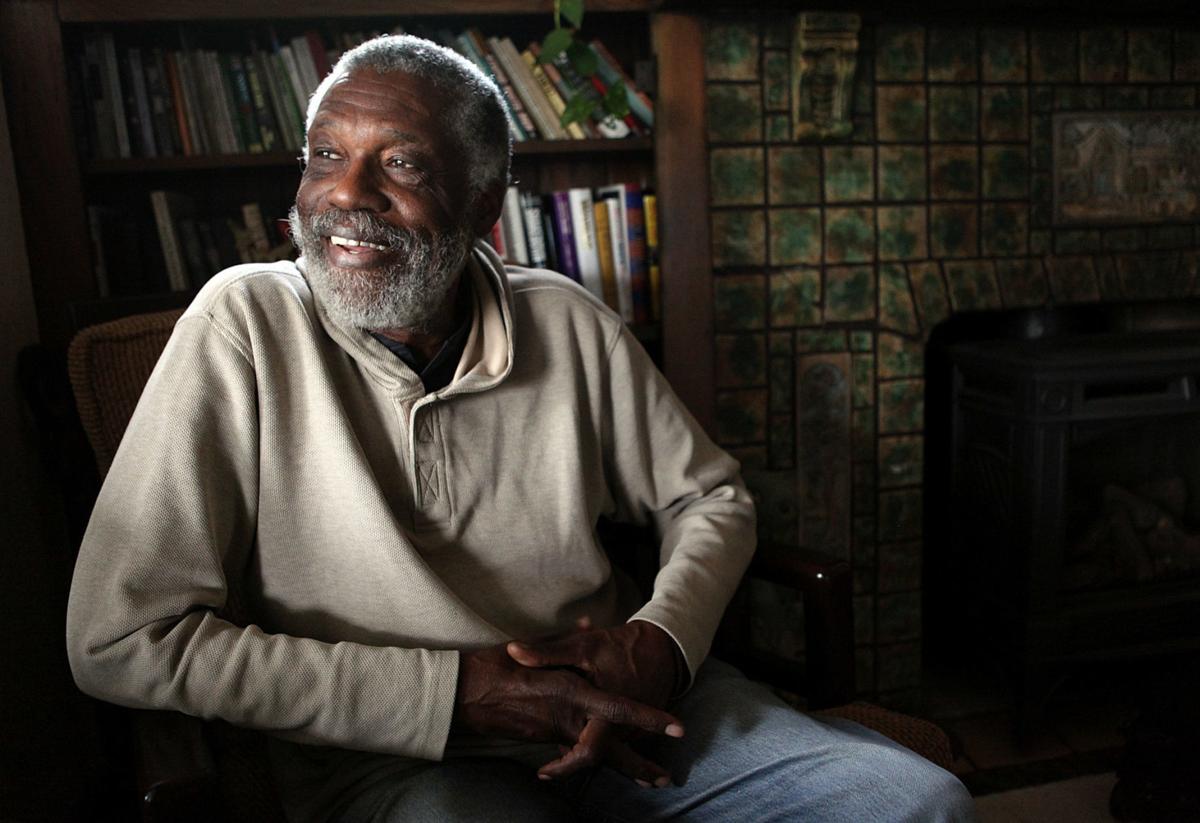 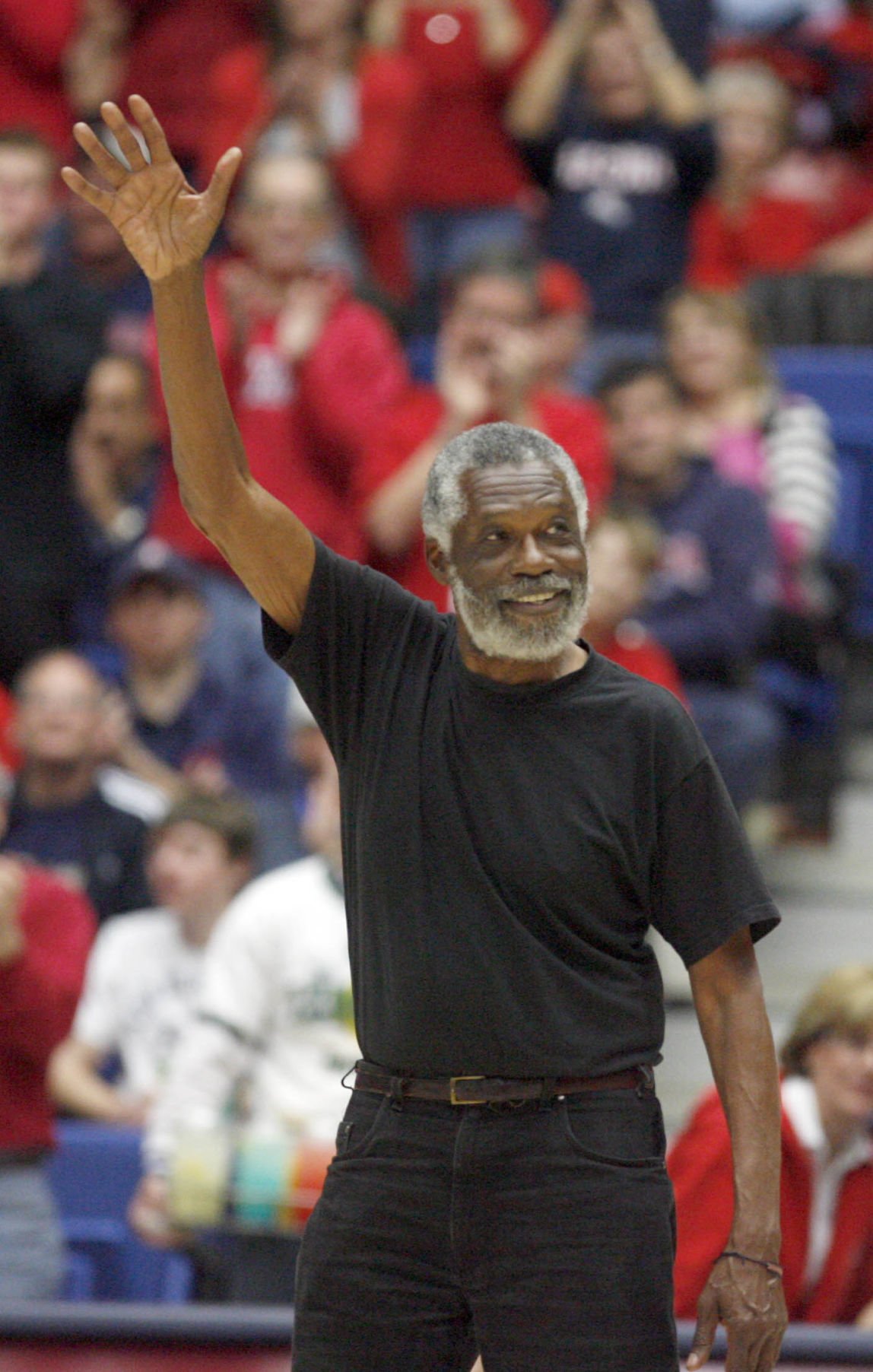 Ernie McCray, seen here at McKale 10 years ago, has a résumé worthy of the Ring of Honor. 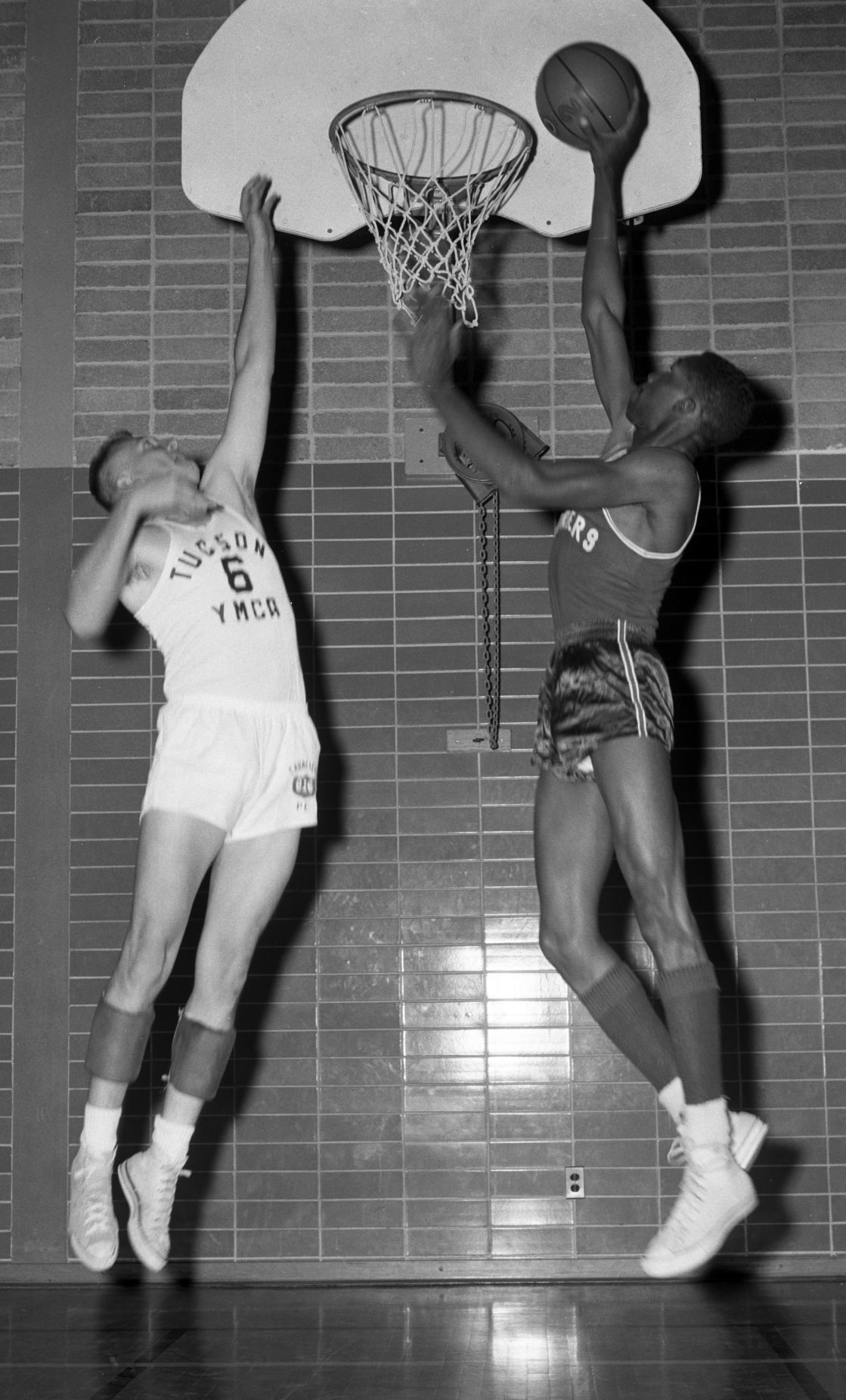 Ernie McCray is not in the Arizona basketball Ring of Honor, an oversight that has lasted more than a quarter-century.

Because McCray has chosen not to make an issue of it — “I’ve never had a conversation about the Ring of Honor (with the UA),” he says — the years roll by with no review and no action.

McCray is 82. He still ends his conversations by saying “Bear Down,” loyal to his school six decades after his final game in a Wildcat uniform, but it is far past time someone became his advocate.

It is time Arizona did the right thing and put McCray’s name in the Ring of Honor at McKale Center. It is time McCray returns to Tucson from his home in San Diego to be included with the other 27 Wildcats so honored.

Inclusion is a powerful word now in college athletics. Ernie McCray was the second black athlete to letter in basketball at Arizona, and became the first to earn his UA degree. Beyond that he is, by any standard, the second-best basketball player from a Tucson high school to play for the Wildcats.

The Ring of Honor is incomplete without him.

Sometime during the UA’s next basketball season, Zeke Nnaji’s name will be displayed for posterity in the Ring of Honor. He played 32 games at Arizona.

Nnaji qualifies because he was the Pac-12 Freshman of the Year, the same variable that put the names of Stanley Johnson, Aaron Gordon, Chase Budinger and Jerryd Bayless in the Ring of Honor.

McCray had a UA basketball career far beyond all of them.

Requirements for Ring of Honor induction are brief, as follows:

• Ten years in the NBA

It does not say one must have played at McKale Center rather than Bear Down Gym, as McCray did from 1956-60.

Pac-12 schools that have changed venues the last 50 years have consistently honored players from McCray’s era (and earlier) by putting their names or jersey numbers on display.

Arizona State honored Joe Caldwell, Class of 1964, who was a third-team All-American in his senior season.

Utah displays the jersey numbers and names of pre-Huntsman Center players such as Billy McGill, Class of 1961, and those from the 1940s like Arnie Ferrin and Wat Misaka.

McCray’s qualifications are off-the-charts strong. For whatever reason, the UA has chosen to interpret his records as not meeting Ring of Honor standards. That’s absurd. If anything, he’s overqualified.

He completed his career at Arizona in 1960 as the school’s career-leading scorer, an honor he held for 12 seasons.

He was the first Arizona player to average more than 20 points per game; his record, 23.9, stood for 13 seasons.

He set the UA record for career free throws made and attempted, records that lasted for 12 and 18 years, respectively.

In addition, McCray scored 46 points in a 1960 game at Bear Down Gym, a school record that has endured for 60 seasons.

In 2008, the UA hesitated to add the name of Mike Dawson to the Arizona Stadium Ring of Honor. Even though Dawson was an All-WAC linemen from Tucson High, a second-team All-American and a first-round NFL draft pick, Arizona waited until his family could prove that he was part of an NFL roster for a 10th season before he was added to the Ring of Honor.

It would be shameful if the UA or a future administration waits until McCray dies to honor him appropriately, either with his name in the Ring of Honor or with a separate display somewhere in McKale Center to celebrate both his basketball career and the way he nobly became one of the pioneer black athletes in school history, with football’s Frank Batiste and Marty Hurd, and basketball’s Hadie Redd.

“It would be very nice, for the very history of it,” McCray says.

Waiting too long should not be an option. Last week, the Washington Redskins announced they will retire the jersey of receiver Bobby Mitchell. Unfortunately, Mitchell died in April, at 84.

“There is no one more deserving of this honor than Bobby Mitchell,” the Redskins said. “He’s one of the most influential players not only in our team’s history, but in the NFL.”

The same could be said about McCray, who grew up without a father in his life in an economically-challenged area west of the UA campus. He earned two degrees, in education and in physical education, while the father of three young children, working as a janitor to support his family.

He went on to become an educator — a teacher and principal — in San Diego.

McCray’s life is one that his alma mater should cherish and celebrate while he is still alive. McCray helped to build a path for younger Tucsonans like Sean Elliott to follow.

Gonzales, the former New Mexico State infielder and Cienega High School baseball star, is certain to be taken in the first round of the MLB Draft. Most experts say he'll be taken with one of the first 10 picks.

Dozens of drivers pushed Wallace's car to the front of the field before Monday’s race as FBI agents tried to find out who left a noose in his garage stall over the weekend.

“It’s absolute death for this industry to keep acting as it has been. Both sides,” Cincinnati pitcher Trevor Bauer tweeted in a rare instance of a player criticizing the union.

The four-star defensive end is rated as one of the top 2021 prospects from California.

The positive tests led to the Suns temporarily shutting down voluntary workouts at Arizona Veterans Memorial Coliseum, per the Arizona Republic.

The two sides are still discussing what safety protocols will need to be in place before baseball can be played again.

Letter: Re: the June 23. article “Greg Hansen: It's time UA did right thing and put Ernie McCray into Ring of Honor”

Re: the June 23 article "Cats' Ring of Honor needs to include McCray."

Baseball is set to open in late July in what could be the strangest season in its history.

The former Arizona defensive lineman was known for his two interceptions that were returned for touchdowns against BYU in 1964.

The Texas tight end will play more than just football at the UA.

Ernie McCray, seen here at McKale 10 years ago, has a résumé worthy of the Ring of Honor.