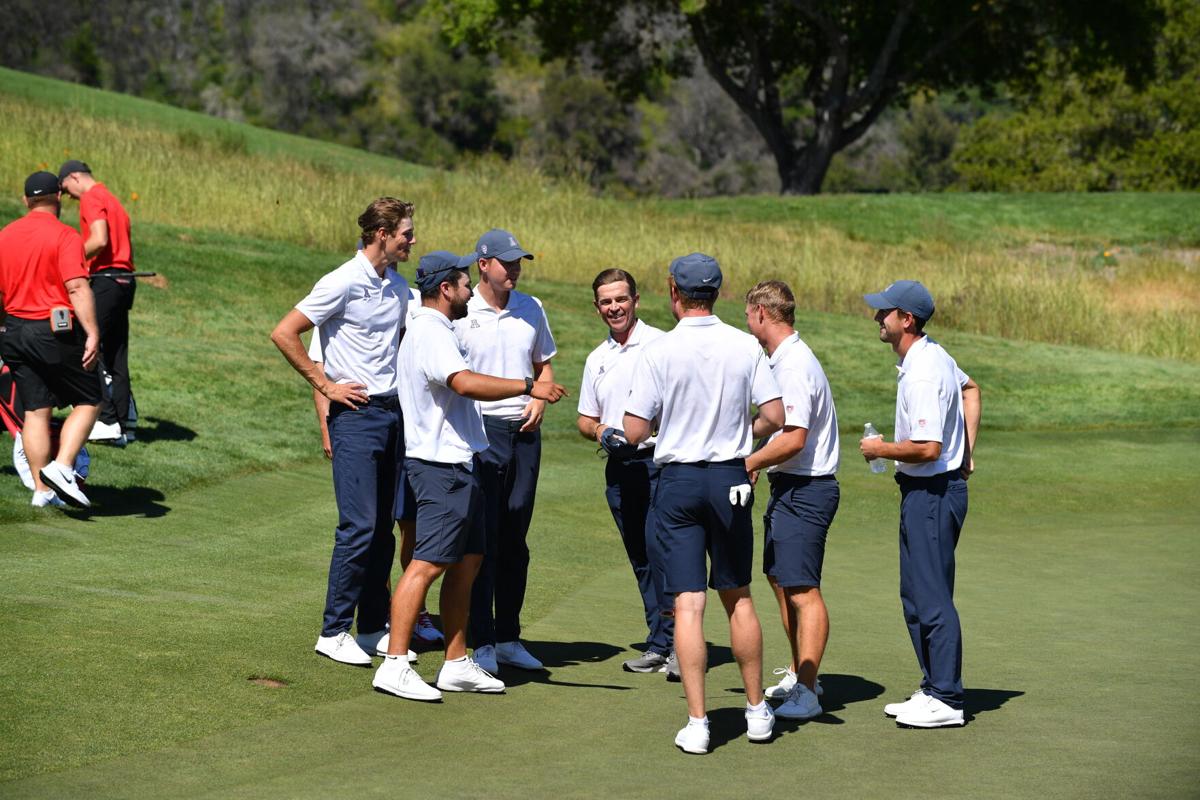 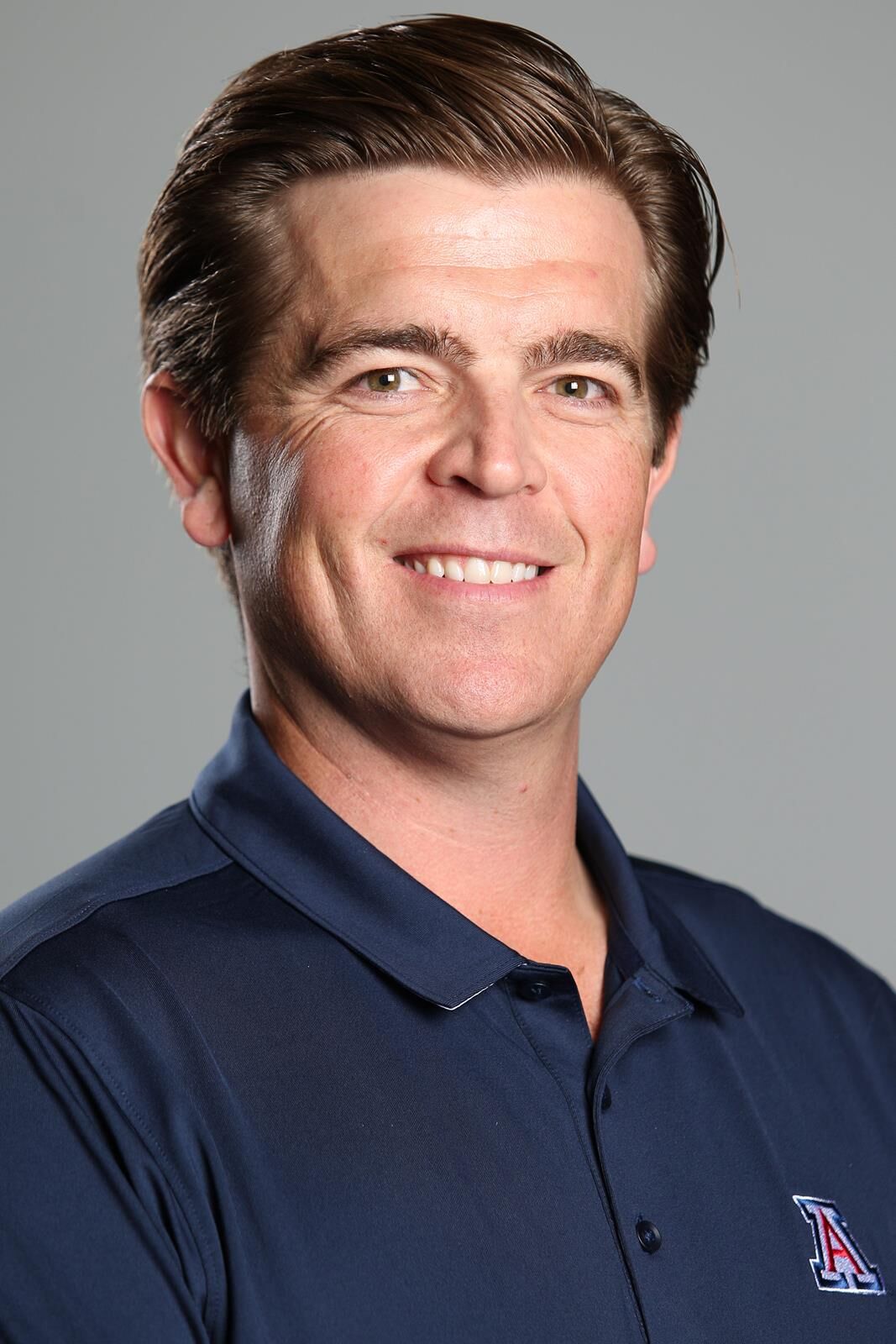 Southern Arizona’s golf industry was so shaken by the recession of 2008 that club pros were replaced by cashiers, profit-and-loss statements became loss-and-bigger-losses statements and once-grand facilities like Arizona National, Canoa Hills, Forty-Niner Country Club and the Golf Club of Vistoso were either shuttered or barely survived.

The struggle was so widespread that few noticed the demise of Arizona’s long-proud men’s golf program, a 25-year NCAA juggernaut that failed to finish higher than seventh in the Pac-12 from 2009-19.

The bottom? In 2016, the Wildcats finished 10th, an in-the-sticks 82 strokes behind league champ Stanford.

The man Arizona hired to overcome such feebleness was 31-year-old Jim Anderson, an assistant coach from Texas A&M, son of a South Dakota club pro who is universally known as “Jimbo,” and is (a) the nicest and most patient man you’ll ever meet and (b) a sports restoration artist who has a worst-to-first story that even Adia Barnes will admire.

Arizona, which was ranked No. 1 earlier this season, won the Pac-12 championship Wednesday in Santa Rosa, California. The Wildcats pushed back rallies by favored Arizona State and Stanford, the school of Tiger Woods, which had won four of the last six Pac-12 titles.

To give you an idea of how difficult that is, ASU and Stanford are to men’s college golf as Duke and North Carolina are to college hoops.

When the ready-to-celebrate Jimbo — oops, Coach Anderson — walked down the 18th fairway next to Oregon coach Casey Martin, the Ducks’ 2016 NCAA championship coach mentioned that it seemed like old times.

Arizona was back on top and ASU was in hot pursuit. From 1985-2005, Pac-12 men’s golf was ruled by Arizona and ASU, Jim Furyk vs. Phil Mickelson and Ricky Barnes vs. Paul Casey, and it was fitting that Barnes, the league’s 2000 individual champion, played a role in his alma mater’s 2021 title.

After Arizona senior Brad Reeves shot 16-under-par to win the individual championship, he was asked what prompted him to commit to playing for Jimbo’s Wildcats way back in 2016, when Arizona finished 82 strokes behind Stanford.

“In my bedroom at home I had a picture of Ricky Barnes, wearing a Hawaiian shirt while holding his (2002) U.S. Amateur trophy,” said Reeves, who grew up in Lodi, California, a short drive from Barnes’ home in Stockton. “I knew I wanted to go there.”

Talk about peaking at the right time. ASU shot 37-under; Stanford 35-under.

As they prepared for a Zoom conference, Reeves and Jimbo put on white golf hats with “CHAMPS” across the front and pulled on navy blue t-shirts that read “2021 Pac-12 Champions.”

“I’m still grinning from ear to ear,” the coach said.

Nallen is something of a golf whisperer to the Wildcats, a trusted voice who has been there and done that.

“Chris was walking with me, he was there on every shot,” said Reeves. It’s that kind of expertise and link to the school’s glory days that Anderson has been wise enough to employ while fully rebuilding the school’s golf program.

“Our guys are deeply rooted in the tradition of the program,” said Anderson. “It’s important our future players understand what has been done here.”

Jimbo Anderson will surely be named the Pac-12 Coach of the Year next month, capping a long climb for the former New Mexico Lobos walk-on who similarly persevered in his college days, becoming one of the Lobos’ leading golfers.

Much attention this Tucson sports year has been focused on UA women’s basketball coach Adia Barnes and her remarkable journey to the NCAA championship game while raising two children, seven-month old Capri and six-year-old Matteo.

Anderson’s path to the Pac-12 championship had similar challenges and rewards. He and his wife, Nita, became the parents to Kennon last summer, who joined a happy family that includes Jolee, 8, and Ellie, 3.

This week no one was happier than Papa Jimbo.

“Team golf is so crazy; it’s a wild ride,” said Anderson. “For us to come out on the good side of the ride is one of those milestone moments.”

The Wildcats’ Friday-night starter has a competitive streak that dates to his youth, when he always strived to play with and one-up his older brother.

New Wildcat Oumar Ballo: 'I have no doubt' Tommy Lloyd can lead Cats

“Trust me. Trust me. I play with him, and I've known him for so long. Not having a experience of being a head coach is just something that was not in his control but he's more than ready to make those decisions, and be the guy to lead the program."

From Rillito Downs to owning horses that have made $321 million in career winnings, the Nogales native has long been the face of horse racing.

'They're not done': Wildcats believe they'll have advantage at NCAA Regionals

The Wildcats gathered at Trident Grill II Tuesday morning, eating wings and relishing the moment as they were selected to be the No. 4 seed in the Cle Elum Region in Washington.

Anderson led the Wildcats to their first Pac-12 championship since 2004.