The first time I requested an interview with Gary Williams, I was told he was with a stock contractor near the roughstock chute.

“He’s got a black cowboy hat and a big white mustache,” I was told. “Can’t miss him.”

No, you could not miss Gary Williams at La Fiesta de los Vaqueros. He was a bigger-than-life personality in a tidy, 5-foot-and-change frame, a cowboy for life — the kind of character you’d expect to see in a John Wayne movie at Old Tucson.

“Gary looks the part, doesn’t he?” says Dr. Eddie Taylor, a UA grad who was the 2019 Pro Rodeo Cowboys Association Veterinarian of the Year. “He’s got such a presence. He’s known and respected around the country not only by the stock contractors and announcers but by the bull riders and cowboys.”

About 35 years ago, Taylor and Williams were volunteers, newbies, at the Tucson Rodeo. They rose to national prominence together — “brothers from different mothers,” says Taylor — as the Tucson Rodeo evolved from a homespun winter festival to its status as one of the world’s 25 leading rodeos.

“That’s pretty darn prestigious,” says Taylor. “There are about 650 rodeos in this country, and now we’re ranked in the top 20. Why? A lot of it was Gary.”

Typical of so many things in sports, you don’t fully appreciate someone until he is gone. After 25 years as the only general manager in the 95-year history of the Tucson Rodeo, Williams quietly announced his retirement last week.

There will be no going-away party because February’s rodeo has been canceled. The rodeo people I’ve talked to use two words to describe the news of Williams’ retirement:

The Rincon High School and UA grad, the son of a Southern Pacific railroad man whose veins pumped rodeo blood, grew up to be a bull rider, a rodeo clown, an executive at the Arizona-Sonora Desert Museum and, in his last act, a bigger-than-life figure in the rodeo business.

Don’t expect him to take a bow. Williams’ modesty has never been bucked off a bronc.

“I came on the rodeo committee in 1987 during a time that first-year people were put on the parking committee. They called us ‘coneheads,’ ” he remembers, chuckling. “Well, they found that I couldn’t line the parking lot in straight lines so they said, ‘We need to find you something else to do.’ ”

Williams shifted to marketing, something at which the Tucson Rodeo had not done to the best of success. At the time, La Fiesta de los Vaqueros did not sell sponsorships. It didn’t even sell beer.

“You could bring your own six-pack,” says Williams. Paying bills was a yearly struggle. Prize money was minimal, The only signage on the walls at Tucson Rodeo Grounds was “Welcome to the Tucson Rodeo.”

“It was the craziest thing,” says Williams. “But one day I got a call out of the blue from a guy I had known from my days as a rodeo cowboy — a guy from the Justin boot company — and he said they were about to end their sponsorship of the Phoenix rodeo. Would we be interested?”

Justin Boots have occupied a front-and-center space at the Tucson Rodeo since 1989, surrounded by dozens of other corporate sponsors. Two years later, Williams was appointed vice chairman. By 1995, he was named the first general manager in the rodeo’s long history, which dates to 1925.

He stayed a while.

“If you see Gary at the National Finals Rodeo in Las Vegas, everybody knows him,” says Taylor. “He’s been on the executive committee for the NFR. We’re going to miss him.”

Given his father Gene’s passion for rodeo, Williams seemed destined to be involved in the Tucson Rodeo. Gene, who also was a drummer in a Tucson rodeo band that the cowboys frequented, became friends with immortal rodeo champions Jim Shoulders and Casey Tibbs.

When young Gary Williams would wander into the chute area at the Tucson Rodeo Grounds, it wasn’t uncommon for Shoulders and Tibbs to stand watch and keep him out of harm’s way. It wasn’t unusual if they accompanied Gene Williams to the family home near Rincon High School.

“Those guys were 9 feet tall and bulletproof,” Williams says. “I was in awe. I would always say I wanted to be like them.”

Williams might have kept grinding for another few Tucson Rodeos, but the last year was especially difficult. His mother, Audrey — who was almost as well known at the rodeo grounds as her son — died last December. Two days later, his brother, Mike, had a stroke and died shortly thereafter.

“It’s been a tough year for everyone, not just me,” says Williams. “But after my mom and brother died, I decided I needed to take a little time away. I didn’t want to tie up the position and apply for a leave, so I just thought it was better for everyone if I retired.

“There were so many good times; I enjoyed it every step of the way. It was one helluva ride.”

The Wildcats’ starting quarterback has put his name in the NCAA transfer portal. Plus: All the latest developments on the UofA coaching search. 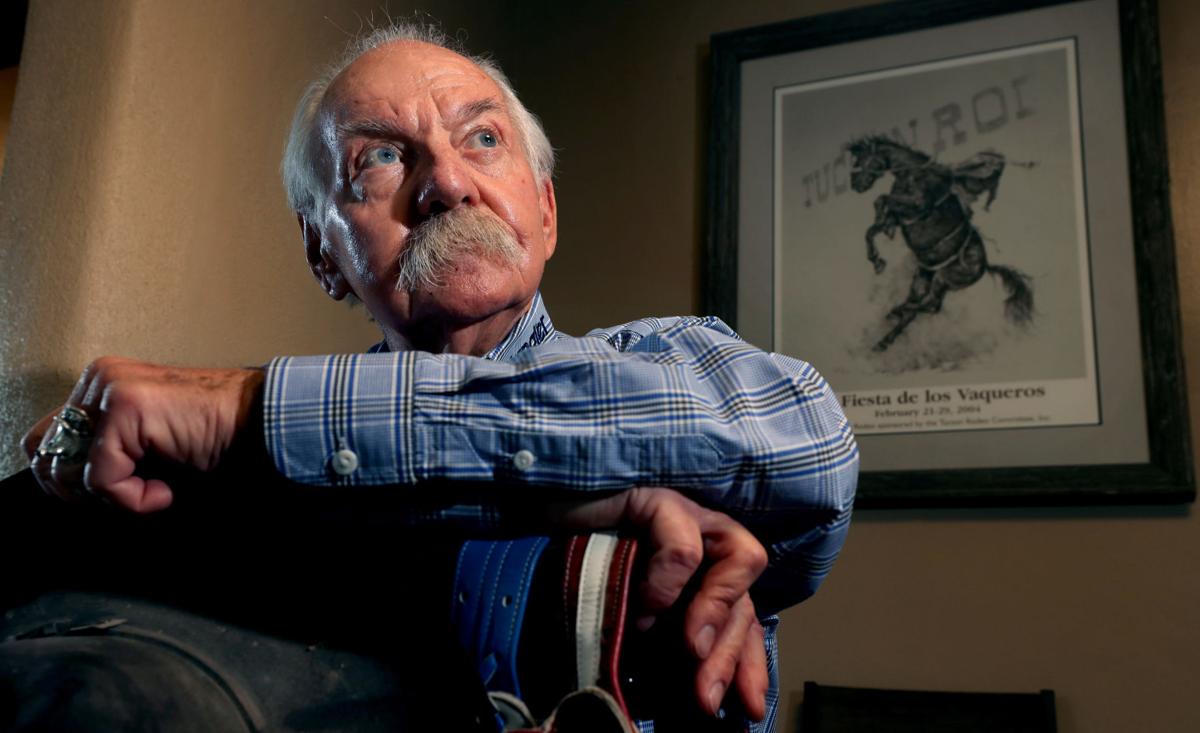 Gary Williams poses for a photo in his office Wednesday. The first general manager in the history of the Tucson Rodeo is retiring following a trying year that included the death of his mother and brother. 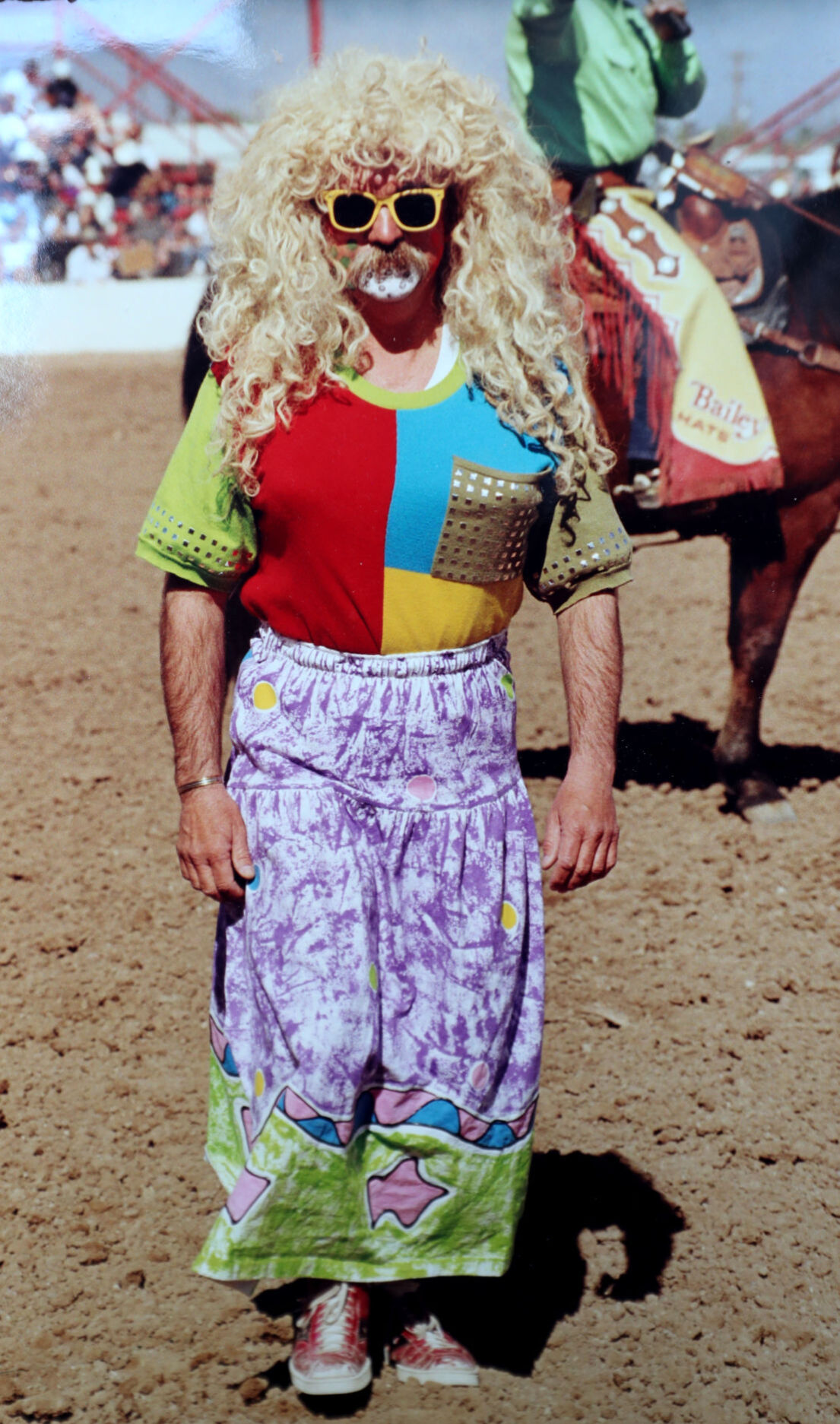 Gary Williams’ time as Tucson Rodeo’s GM included wild times — like when he dressed up to entertain in 2000. 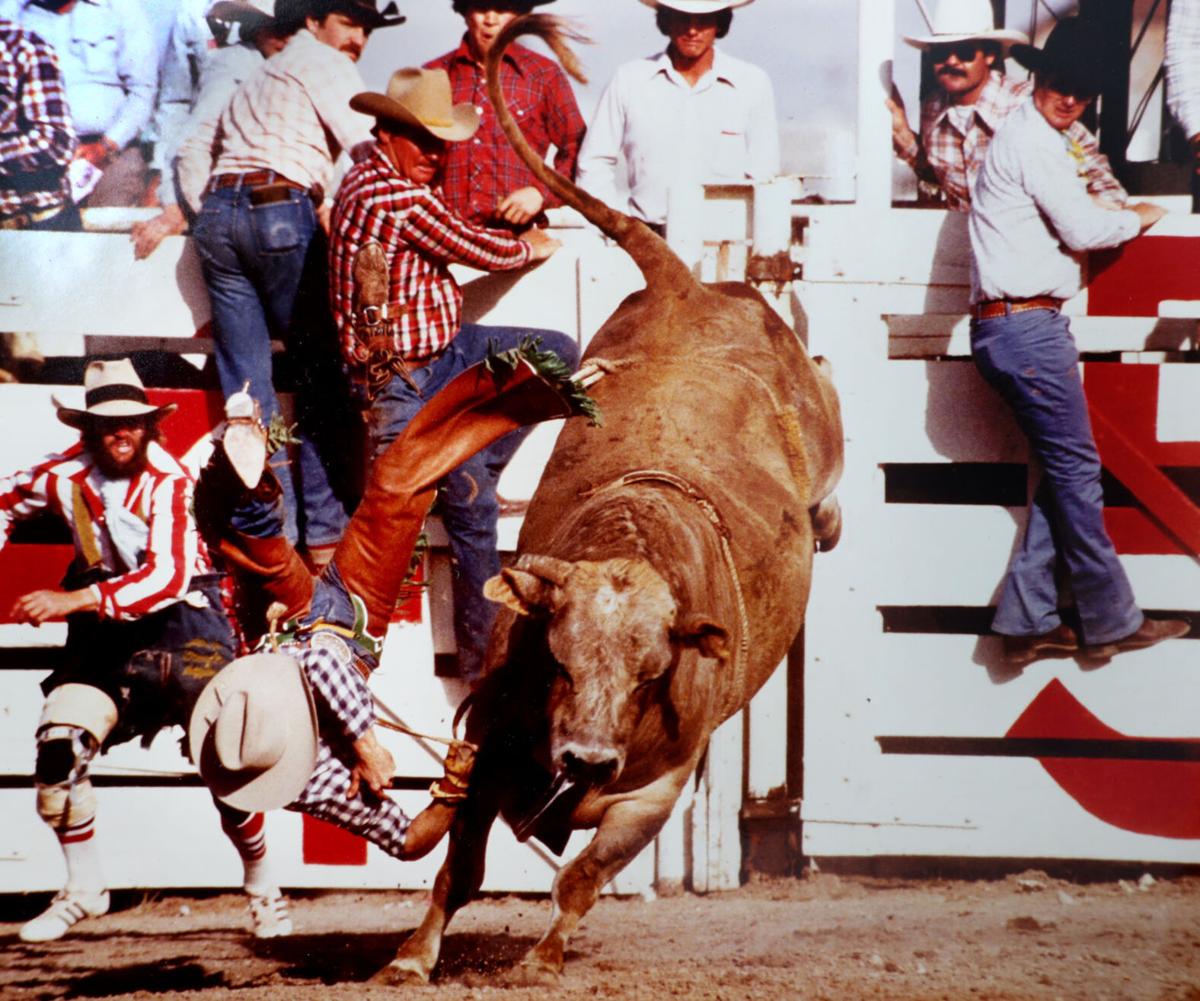 Gary Williams is thrown from Grandmama Alice after a successful ride at the 1982 Tucson Rodeo. Williams, a longtime cowboy, was named the first general manager in event history in 1995. He quietly retired last week.