Read Today's E-Edition
Share This
Greg Hansen: Lute Olson's journey through life was about much more than hoops
Share this
Greg Hansen

Sean Elliott couldn’t be in Tucson for Lute Olson’s memorial service Sunday, so he sat in his San Antonio office and sent a video. Elliott dressed for the occasion, wearing a blue Arizona shirt while sitting in front of a basketball depicting the 1989 afternoon he broke Arizona’s career scoring record.

Elliott spoke solemnly about Olson. “When he walked into practice, it was like God showed up,” he said. “His presence, his aura. It was a little intimidating.”

That was the theme at Sunday’s 90-minute service at McKale Center.

But none of the nine speakers, from Steve Kerr to Cedric Dempsey to Olson’s widow, Kelly, chose to make Olson’s memorial a weepy, mournful afternoon. Emcee Brian Jeffries opened the ceremony by reminding about 400 former players, coaches, fans and UA administrators that Olson was “the man who brought us perhaps the most important thing in life — joy.”

Olson, who died in August 2020 at age 85, would’ve preferred it that way. He lived a full and joyful life. His smile was straight out of Hollywood and he used it often.

Former UA associate athletic director Rocky LaRose, an up-close witness to Olson’s 11 Pac-10 championships and 23 consecutive NCAA Tournament appearances, said that when she thinks of Olson, she thinks not of the pressure of meeting those expectations but of his ability to “be calm and carry on.”

That’s how I prefer to remember Olson, too.

It wasn’t the drama of March Madness that defined his life. It was how he carried on and enjoyed the journey.

Every time I see Elliott and Kerr, I think back to a mid-summer afternoon in France, 1986, when they were part of Olson’s Team USA underdog entry in the FIBA World Championships. The USA Basketball administrators had unknowingly booked Olson’s team into a budget hotel in Jouy-en-Josas, a suburb of Paris.

No air conditioning. Cot-sized beds. The hotel bordered a cornfield and the humidity was stifling. Syracuse center Rony Seikaly said he had been bitten by so many mosquitoes he wasn’t sure he could play in an exhibition game against the French national team.

Rather than sit in that hotel, Olson gave the team Sunday off and arranged for a bus to take the players to Paris, stopping at Notre Dame, near all of the leading tourist attractions: the Louvre, the Eiffel Tower and the Champs Elysees.

But when Olson stepped on the bus that morning — he kindly allowed me and Jack Rickard of the Tucson Citizen to accompany the team — he wore an Indiana Hoosiers shirt. Olson’s luggage hadn’t survived the flight from Los Angeles through Amsterdam to Paris, but the team trainer, employed by Olson’s longtime nemesis Bobby Knight, had several extra Hoosiers game-day shirts.

“Should we start calling you Coach Knight?” he asked.

Once the bus stopped at the Notre Dame cathedral, Olson told the team they were on their own for several hours and to meet at the bus at 5 p.m. I accompanied Olson, Rickard and assistant coach Bobby Cremins of Georgia Tech for the day.

After seeing the sights, Olson suggested we get a table at an outdoor restaurant and have a beer on the Champs Elysees. The waiter took our order and returned with four large “yards” of beer. You had to use two hands to lift the container, as if drinking out of a saxophone. One yard of French beer felt like a six-pack.

About an hour later, the waiter asked if we wanted another round.

Olson, who was about 6 feet 4 inches tall with a tight end’s body, ordered another. The others were still trying to finish the first yard.

Finally, about an hour before the bus was to leave, Olson said he was hungry. We found a Burger King on the Champs Elysees. Olson ate his cheeseburger while walking to the bus. He did not notice that the ketchup and mustard dripped onto his Indiana Hoosiers basketball shirt.

We stepped back onto the bus following a long, hot afternoon, and Olson sat in the first row of seats. He was asleep in maybe two minutes.

With that, Olson awoke. He looked down at his shirt, shook his head, and delivered one of the best one-liners I’ve ever heard.

“Someone take a picture and send it to Bobby Knight,” he said. “I’ve always wanted him to know what I think of him.”

As Elliott said in his video, “my fondest memories of Coach Olson have nothing to do with basketball.”

The Star's longtime columnist weighs in ahead of Saturday night's showdown between Arizona and San Diego State at Arizona Stadium.

The Star's longtime columnist checks in with his thoughts on Arizona's latest basketball hire, why a Sahuaro High School grad might stick in the NBA and how Arizona is doing the right thing by inducting two long-ago baseball players into its hall of fame.

Greg Hansen: Long lines, listless play made for an experience to forget at Arizona Stadium

If this isn’t rock bottom, what is? Thousands of fans were not in their seats in time to watch celebrity game captain Steve Kerr participate in the coin flip, which turned out to be the highlight of Saturday's loss to SDSU.

Arizona Wildcats to honor Lute Olson before, during Thursday night's game vs. Washington

The school will hold a moment of silence for Olson just before the national anthem is played at 6:25 p.m., and will show a video tribute to him during halftime 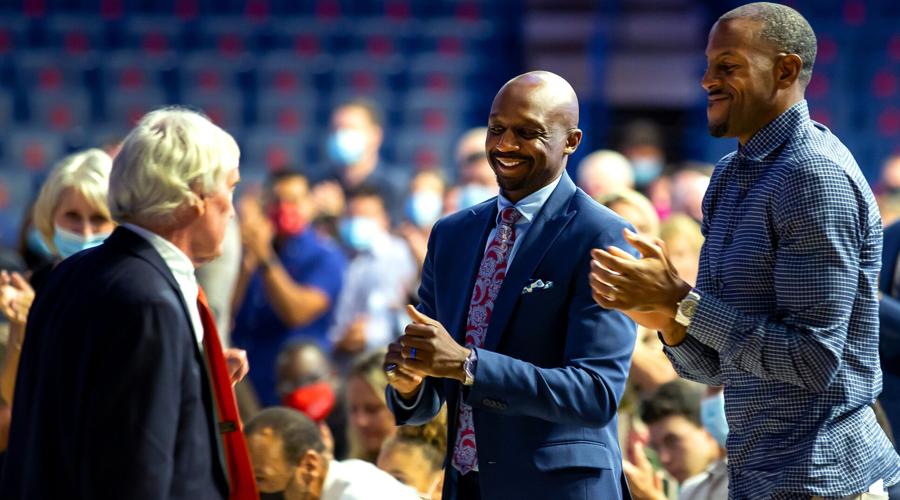 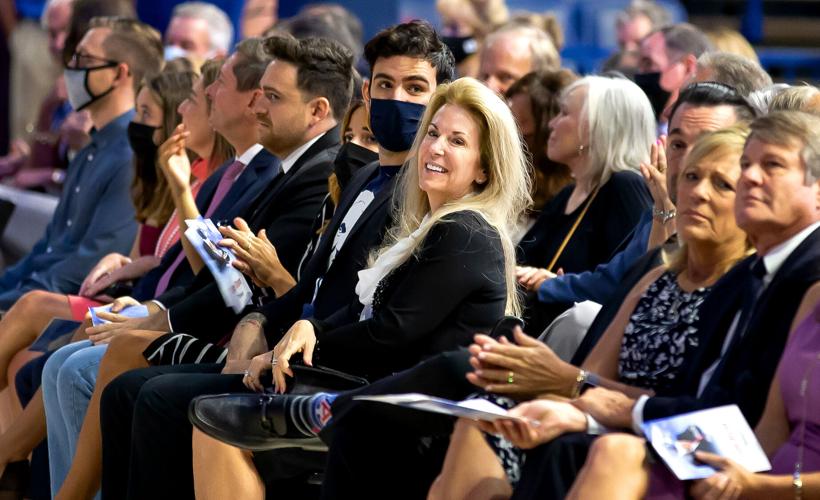