Dear Mr. Football: Can anyone talk Kevin Sumlin off the ledge?

A: When you’ve lost a school-record 11 consecutive games, not many people speak your language. But for better or worse, the UA football staff is stocked with survivors of grisly losing streaks.

Defensive coordinator Paul Rhoads was part of an Iowa State coaching staff that went 0-13 from 1996-97. The Cyclones defense yielded an average of 41.3 points in those losses.

Defensive line coach Stan Eggen is on a personal 0-13 streak, having been part of New Mexico’s 0-9 streak to end the 2019 season and the UA’s four losses this year. There’s more: Eggen was part of a UNLV staff that went 0-12 over the 1994-95 seasons.

Can you imagine the possible conversations when Sumlin spends time with his defensive staff? Maybe: “If you think this is bad, I’ve seen worse.”

Worse? Losing to ASU on Friday would be worse.

Dear Mr. Football: Who’s the most accomplished coach in the Territorial Cup?

Some coaches fear hiring someone smarter than they are — a possible replacement?— but Edwards, like Tomey, doesn’t have that insecurity gene.

Edwards is an engaging man, a connector, and that gives him an edge over the many high-salaried college coaches who don’t get involved in community affairs, or don’t do well in the “father figure” role.

A few weeks ago, The Athletic quoted Zimmer describing Lewis: “He’s terrific with the players. He’s terrific with the community. He’s very good with the personnel, tremendous as far as bringing guys in and being able to handle different personalities. He could be tough on them, but lenient as well, depending on what’s needed at the time.”

Dear Mr. Football: Did Lewis benefit from playing at one of those mega-powers like Alabama or Ohio State?

A: Lewis’ backstory is movie-worthy. After his 1979 walk-on freshman season at Purdue failed, he transferred to Idaho State, which is 2,000 miles from his hometown near Pittsburgh. Yes, Idaho State. The Bengals then won the NCAA Division II national championship.

After four years in Pocatello, Lewis followed Sheppard, who became the head coach at Long Beach State and New Mexico. That led to a job at Pitt, and then with the Pittsburgh Steelers under Bill Cowher. A few years later, Steve Spurrier hired Lewis to be defensive coordinator of the Washington Redskins.

Lewis developed a sharp eye for staffing; once he became head coach at Cincinnati, he hired the greatest linebacker in Arizona history, Ricky Hunley, to be the Bengals’ defensive line coach.

“It would be a mistake if Arizona didn’t hire Ricky,” Lewis told me. Instead, Arizona hired Mike Stoops.

On the day Sumlin was hired by Arizona in 2018, Hunley attended the press conference at the Lowell-Stevens Football Facility, introduced himself to Sumlin and expressed a desire to be part of Sumlin’s coaching staff.

Instead, Sumlin hired Iona Uiagalelei, a junior-college coach from Southern California. How did that work out? Uiagalelei was fired in the middle of the 2019 season. Talk about a big miss.

Dear Mr. Football: Did Arizona ever have a superior football program to that of ASU?

A: Here’s a look at the last 50 years and how the Territorial Cup rivals have been good, bad and all over the map. Their records:

What is most compelling about the decade-by-decade numbers is that the Sun Devils have never had a losing decade. Overall edge in victories: ASU 358, Arizona 306.

But over the last 40 seasons, the difference has subtly shifted. Arizona leads the Territorial Cup series 20-19-1 the last four decades.

Dear Mr. Football: When was the last time the Territorial Cup matched teams with zero victories?

A: The 1946 opener at Arizona Stadium, a return from World War II, was supposed to be the first game for both teams. But ASU squeezed in a scrimmage against the Williams Field Fliers, a military team, that ended in a 6-6 tie. ASU includes that tie in its historical records as an official game.

The Sun Devils’ starting tailback that night — attended by an overflow sellout crowd of 12,000 — was Tucson High grad Joe Batiste, possibly the greatest athlete in Tucson prep history. The former American low hurdles record holder, out of shape and just back from military duty, gained six yards rushing that night. Batiste, 24, was the second Black football player in ASU history.

Batiste’s former Tucson High colleague, quarterback Fred Enke, made his first start for Arizona that night. He was 23, having just returned from World War II. Enke went on to play QB in the NFL for seven years.

The Wildcats were in disarray after a confusing training camp Sept. 2. A total of 148 players showed up for training camp, but only 59 were retained on the varsity for the ASU game. Thirty-nine players quit and the others were funneled to the freshman/JV team.

Talk about opt-outs. It was a college football variable long before the COVID-19 season of 2020.

Dear Mr. Football: Is there any father-son connection in Friday’s game?

A: Antonio Pierce, who is ASU’s co-defensive coordinator, is coaching his son, DeAndre Pierce, a starting safety who transferred to ASU after starting 20 games at Boise State.

Antonio Pierce started the last 18 games of his Arizona career under Dick Tomey in 1999-2000. It seems hard to believe now, but in 2000, Arizona started two future NFL Pro Bowl linebackers in the Territorial Cup, Pierce and Lance Briggs.

Oh, how the Wildcats could use Pierce and Briggs now, even if they are 42 and 40, respectively.

No fans, no wins, no matter: The 2020 Territorial Cup still means ‘almost everything’

No one will be in the stands to watch Arizona and Arizona State, who are a combined 0-6. But there’s a lot on the line, especially for the Wildcats. 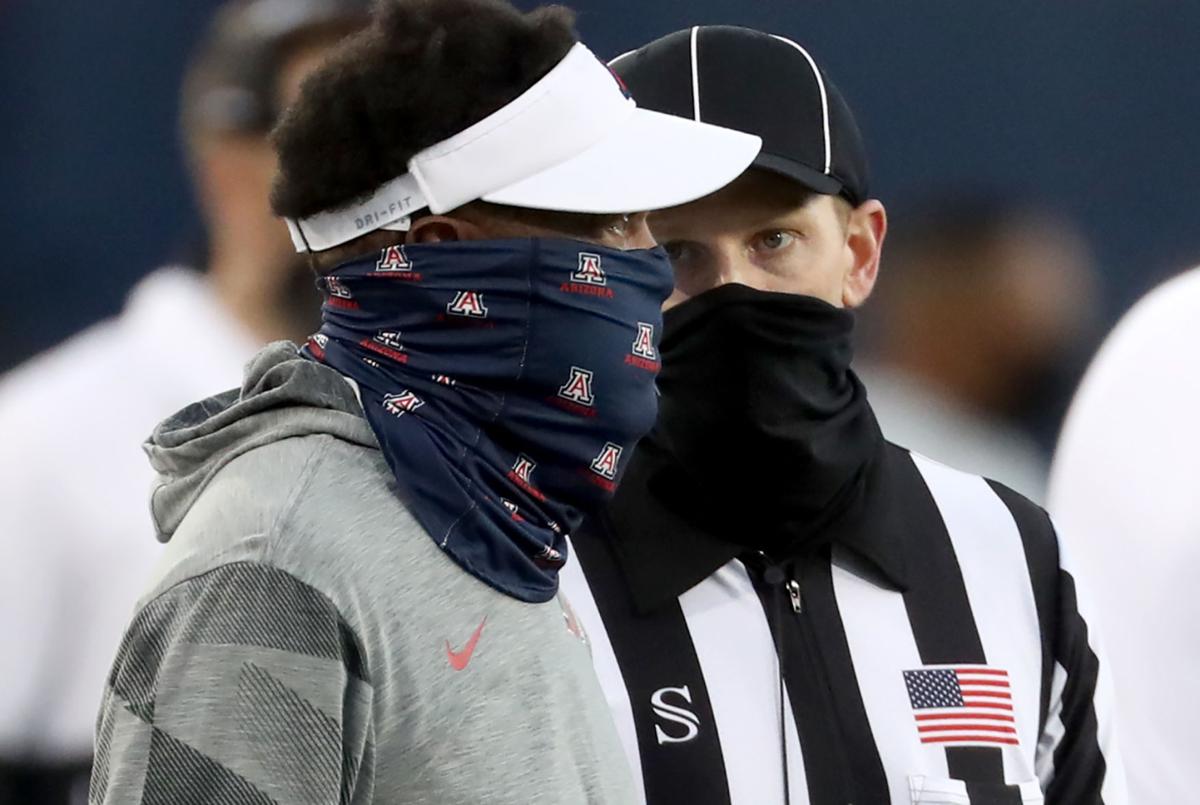 Coach Kevin Sumlin and the Wildcats haven’t won since Oct. 5, 2019. Could their luck change Friday? Don’t count on it, Greg Hansen says. 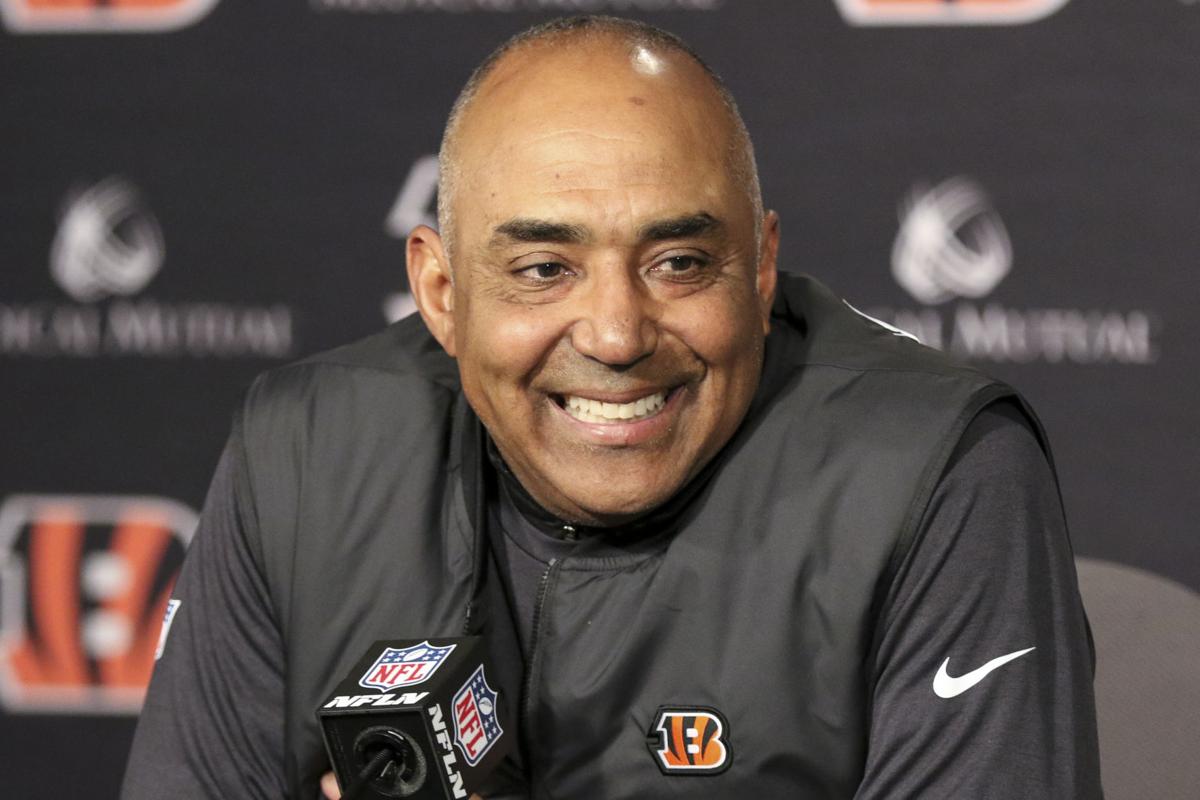 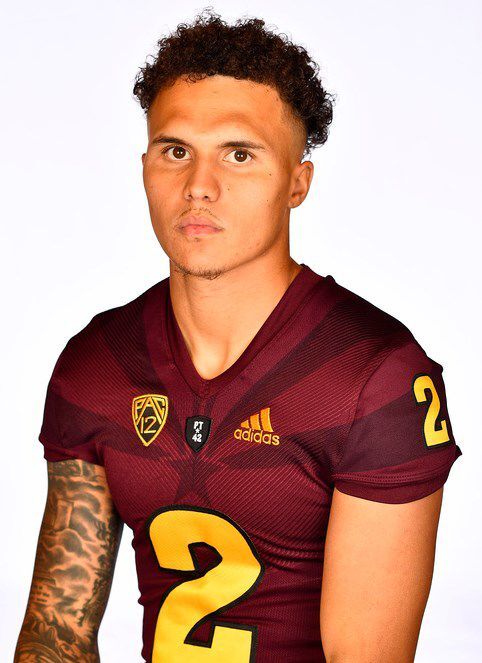 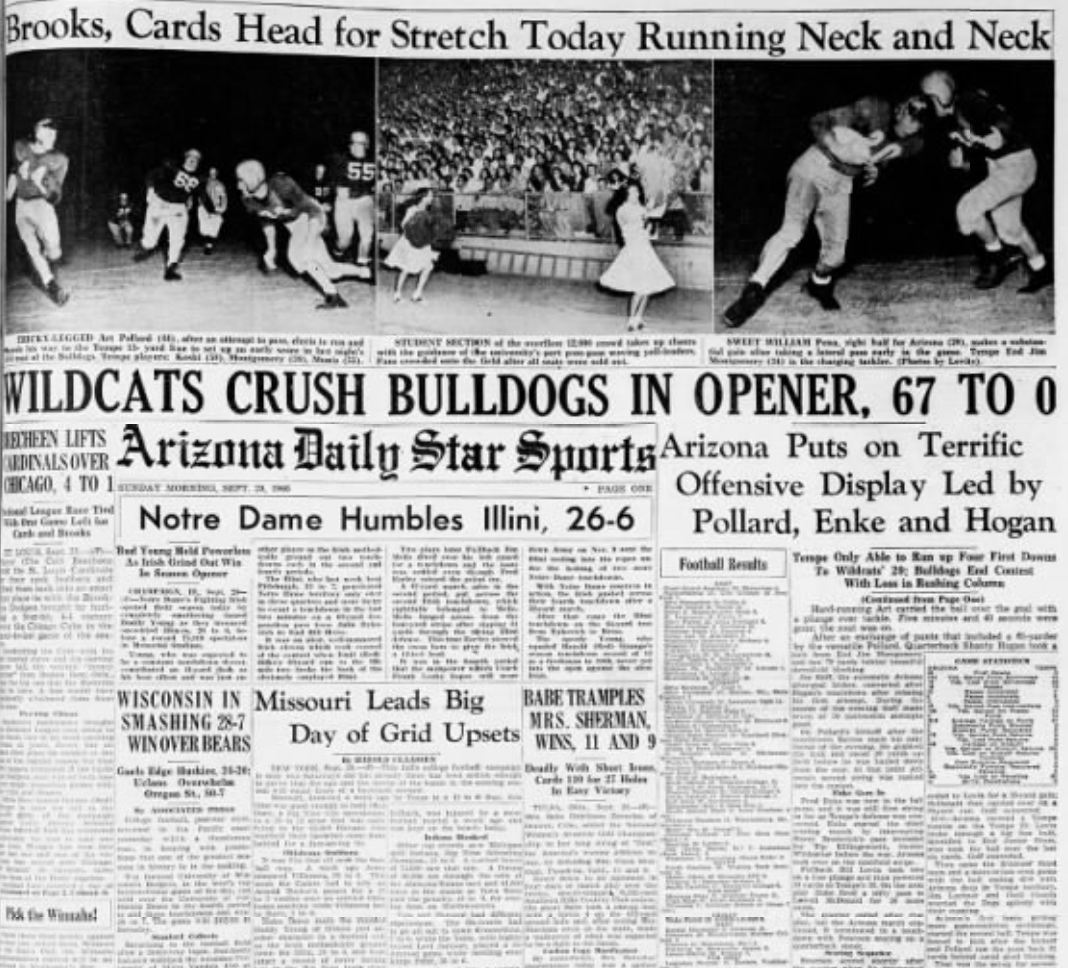