Dear Mr. Football: How do you know when you are a “basketball school?”

A: The Power 5 schools with the most losing football seasons from 2000-20 are mostly a lineup of basketball bluebloods.

Whatever the label, it’s not a good list to be on.

Dear Mr. Football: How rare is it for a college football team to fail to score at least 20 points in six consecutive games, as Arizona has?

A: In 1982-83, the Oregon Ducks went 10 games without hitting 20. The Ducks ended the ’83 season in a 0-0 tie against Oregon State, which a year earlier set the modern Pac-12 record by going 16 consecutive games without scoring 20 points.

What’s amazing about the end of the ’83 season and the infamous 0-0 Beavers-Ducks tie is that Oregon did not fire head coach Rich Brooks. It was the end of his seventh season at Oregon; his record was 24-49-4.

That’s a fireable offense in 21st century football. No one today gets seven years to get it right.

Dear Mr. Football: How did Oregon ever become a national power after that grim period?

A: Most would say it can be traced to the infusion of wealth Nike’s Phil Knight began showering on his alma mater in the mid-1990s. But I fully believe that Knight’s collaboration is only No. 2. Not firing Brooks is No. 1.

Oregon athletic director Bill Byrne, father of former Arizona AD Greg Byrne, was wise enough to realize that Oregon wasn’t going to be able to find a better coach than Brooks. In fact, on the day Oregon hired Brooks in December 1976 — the UO chose him over his fellow UCLA assistant coach Dick Tomey, as well as San Diego Chargers assistant coach Bill Walsh — then-Oregon athletic director John Caine said, “We would’ve liked to have gotten a big name but those people aren’t interested in a down program.”

Brooks was. The Ducks (and Beavers) had the worst football facilities in the Pac-10 and both were considered basketball schools.

Byrne stuck with Brooks because he saw something that outsiders didn’t: Brooks was a tough sonofagun, a defense-first talent-developer who had put the bricks in place to make Oregon a .500 team, or better. That was preferable to firing head coaches every few years like Oregon State did in the ’70s, ’80s and ’90s.

It continued to be a slow climb for Brooks, a likeable man with a winning personality whose teams were among the most physical, toughest outs in Pac-10 football. He was the epitome of a “make the most out of what you’ve got” coach. After the ’83 debacle, the Ducks went, in succession, 6-5, 5-6, 5-6, 6-5 and 6-6. Byrne saw progress where others saw “same-old, same-old,” the words Arizona used when it parted ways with Tomey in 2000.

Dear Mr. Football: When did sticking with Brooks finally pay off?

A: In 1994, the Ducks stunned No. 11 Arizona, 10-9, in what remains the most costly loss in Arizona football history. Oregon went to the Rose Bowl. Arizona’s all-too-brief “Desert Swarm” period would soon be at an end.

Brooks attracted so much attention for finally getting Oregon to a championship — he had gone 8-4 and 8-4 a few seasons earlier — that Knight became active in funding the future of Oregon football. Brooks? He was hired to be the head coach of the NFL’s St. Louis Rams.

It took 18 years of old-fashioned sweat, tears and sticking-to-it, but that’s what Oregon required to finally become relevant in football. I consider Brooks and Washington State’s Mike Price — he coached the Cougars to two Rose Bowls — the two most accomplished coaches in modern Pac-12 history. Do you think Pete Carroll could’ve coached Oregon and WSU 1990s-type talent to a Rose Bowl? Me neither.

A: After two years as the Rams head coach and four years as an assistant with the Atlanta Falcons, Brooks called me a few days after Tomey was fired in 2000. He asked if I thought Arizona would consider him as Tomey’s replacement.

I’m no athletic director, but I told him Arizona couldn’t hope to get a more qualified coach. Brooks was 59. He had 10 good years left. He knew exactly how to take Arizona back to prominence, but the UA viewed Brooks as too much like Tomey.

The Wildcats hired fired Texas coach John Mackovic. Thus began the 20 worst seasons (112-141) of Arizona football since the 1950s. In 2003, woebegone Kentucky hired Brooks, then 62. Kentucky had produced two winning seasons in 13 years, but Brooks knew exactly how to feed a football-starved school.

After building with toughness and energy for three seasons, Brooks’ Kentucky teams went 30-22 with four consecutive bowl games. Although Brooks is now 80, retired and living in Oregon, he could make a difference as a consultant to the head coaches at football-challenged schools like Arizona, Vanderbilt, Colorado and Illinois.

Dear Mr. Football: What was Jedd Fisch’s most spot-on pledge after Arizona lost to NAU?

A: Fisch said he hopes to emulate Adia Barnes’ reconstruction of the UA women’s basketball program. If you think losing to NAU is time to check out and jump off the Fisch bandwagon, it might be wise to remember that Barnes also lost to the Lumberjacks at the outset of her second season, 2017-18, by an 84-66 score in Flagstaff.

The NAU women’s basketball team of ’17-18 was awful, finishing 7-23 while losing to Cal Poly, Grand Canyon, Youngstown State and Cal State Northridge. Arizona finished 6-24. That’s as low as you can go in college sports, isn’t it?

But in Year 3, Barnes’ Wildcats won the WNIT, sold out McKale Center and began a path toward the 2021 national championship game in her fifth year. If Fisch can indeed emulate even 70% of Barnes’ success, he’ll be carried off the field someday soon.

Dear Mr. Football: In the everlasting search for a franchise-type quarterback, where should Arizona look?

A: How about Oregon? The NCAA transfer portal has been loaded with ex-Oregon quarterbacks who are productive this year. Virginia Tech’s Braxton Burmeister once verbally committed to Arizona, but now has the Hokies at 2-1 with an upset over No. 10 North Carolina.

A needy school like Arizona has got to be more productive in the transfer portal. Fresno State, for example, stunned UCLA last week with former Washington QB Jake Heaner, who looked like a Heisman Trophy contender. Heaner is a total game-changer.

If Arizona had jumped on Heaner during the Kevin Sumlin years, it’s not a stretch to think the Wildcats could be 3-0 now.

But that’s an old story. Dealing with the No.3 Ducks is Arizona’s in-your-face reality.

Dear Mr. Football: What are the chances Arizona wins at Autzen Stadium?

A: As of Friday, Oregon was listed as a 27½-point favorite. Only two UA teams of the last 40 years have been a more lopsided underdog.

That loss actually ignited the “Desert Swarm” period. This team does not have that type of talent ready to burst onto the scene.

Hansen's new book is 25% off for Star readers

Greg Hansen's summer-long countdown series, "Hansen's Hundred," is now a coffee-table book, and readers of the Star can get 25% off the purchase price.

Preorder "Hansen's Hundred," which counts down the top 100 sports figures in Tucson history as chosen by the Arizona Daily Star's longtime columnist, by visiting pediment.com and searching for "Hansen."

Learn more about University of Arizona legends like Lute Olson, "Pop" McKale, Steve Kerr and more, and acquaint yourself with some of the unheralded sports heroes, trailblazers and characters of years past.

The book is a must-read for fans of Tucson high school sports, the Arizona Wildcats and even the city's long-departed pro teams. Featuring profiles baseball players, football players, basketball players, golfers, pioneers, visionaries, all manner of coaches and even an equipment manager and columnist, "Hansen's Hundred" captures what makes Tucson a thriving sports city.

Books will be shipped in time for the holidays.

The Cats are 0-3 — and couldn’t even beat NAU — but that doesn’t change Fisch’s long-term plan or vision for what UA football can become.

The Star's longtime columnist checks in with a look at the highest-paid ex-Wildcats in professional sports, Manny Barreda's long path to the big leagues, and why Pac-12 commissioner George Kliavkoff's visit to Tucson is a welcome change.

Cats Stats: Why Arizona’s rushing attack — once the best in the Pac-12 — has run aground

The Wildcats have gone from first to worst in rushing, a product of ineffectiveness and impatience.

Burrola had made the UA two-deep after being suspended for the 2020 season.

The Star’s Michael Lev presents five storylines of interest as the Arizona Wildcats visit No. 3 Oregon on Saturday night at Autzen Stadium in Eugene.

Field Pass: Everything you need to know about Saturday's Arizona-Oregon football game

Check out Saturday's depth charts and matchups, and see who reporter Michael Lev thinks will win Saturday's game between Arizona and Oregon.

What to watch for when the Arizona Wildcats visit No. 3 Oregon in Pac-12 opener

Results from around Southern Arizona from Friday night's prep games

With ex-college coach, No. 1 QB, Cards show path for Jaguars

Live updates: Arizona Wildcats open up Pac-12 play against No. 3 Oregon in Eugene

Arizona opens up Pac-12 play as four-touchdown underdogs against the third-ranked Oregon Ducks Saturday night in Eugene. Follow all of the Sta…

The Star's longtime columnist checks in on where Treyson Bourguet fits among the best quarterback recruits in Tucson history, why Southern Arizona is well-represented at the Ryder Cup and how Byron Evans found himself back in town Friday night.

QB Jordan McCloud set to make first start for Arizona as Wildcats take on No. 3 Oregon

Greg Hansen: Despite uneven performance, Wildcats go from hopeless to hopeful in 60 minutes

Jordan McCloud throws five interceptions, but his overall play shows Arizona's season may not be a lost cause after all.

Pac-12 coaches that have started 0-4 in the past have crashed and burned. But, unlike any of them, Fisch has a clear direction of where he wants UA to go.

Wildcats' women's basketball rematch with Stanford set for Jan. 30, will air on ESPN2

It's the only regular-season matchup between the Cardinal and Wildcats, both of whom are coming off Final Four seasons. Stanford beat the UA 54-53 in the April 4 national title game in San Antonio. 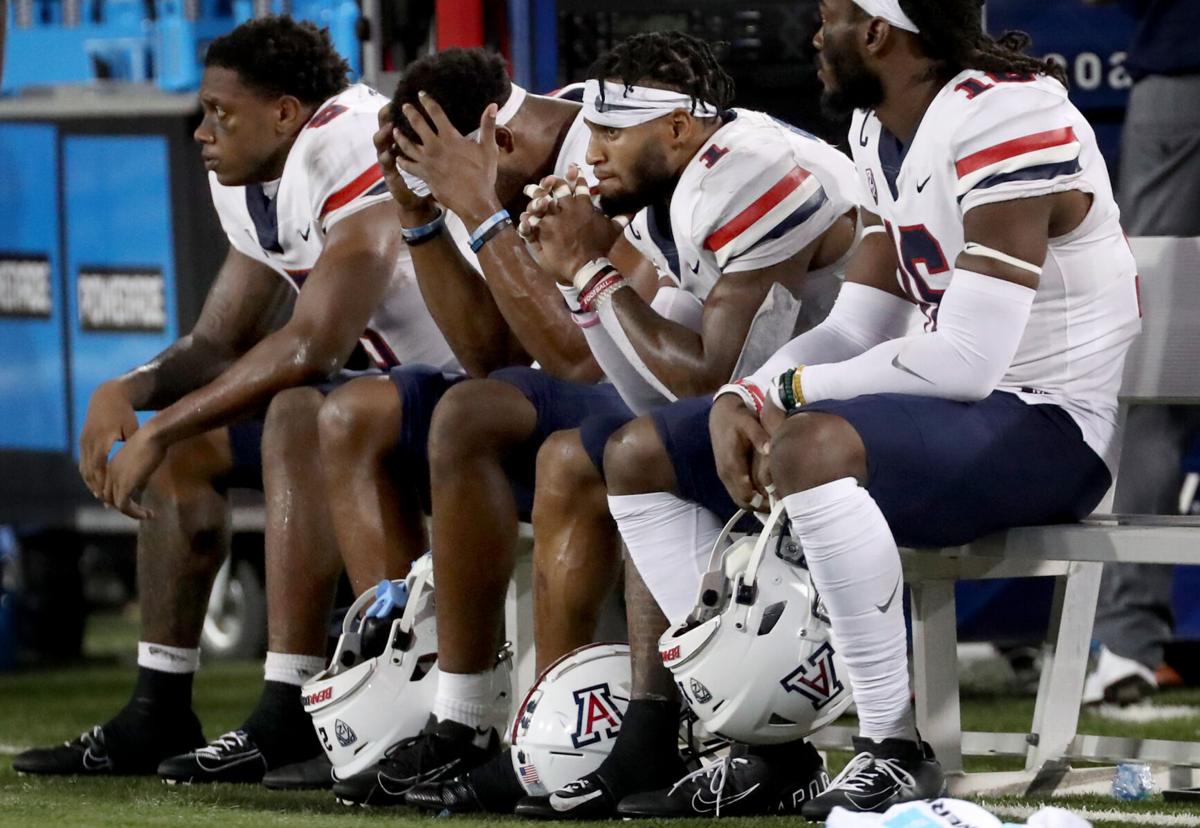 The Wildcats’ current losing streak is a sign of a larger problem. Consider: The UA has had 12 losing seasons since 2000. 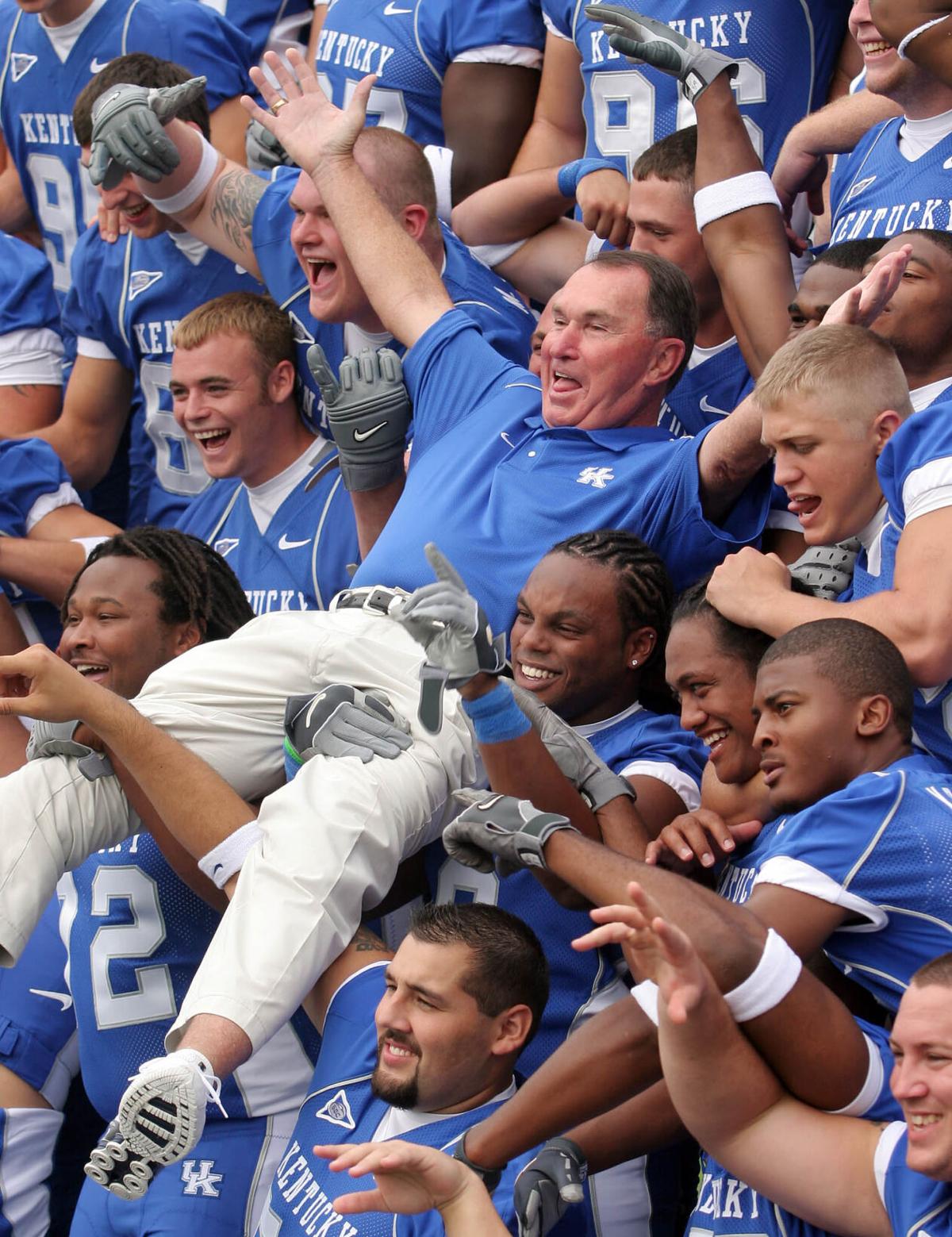 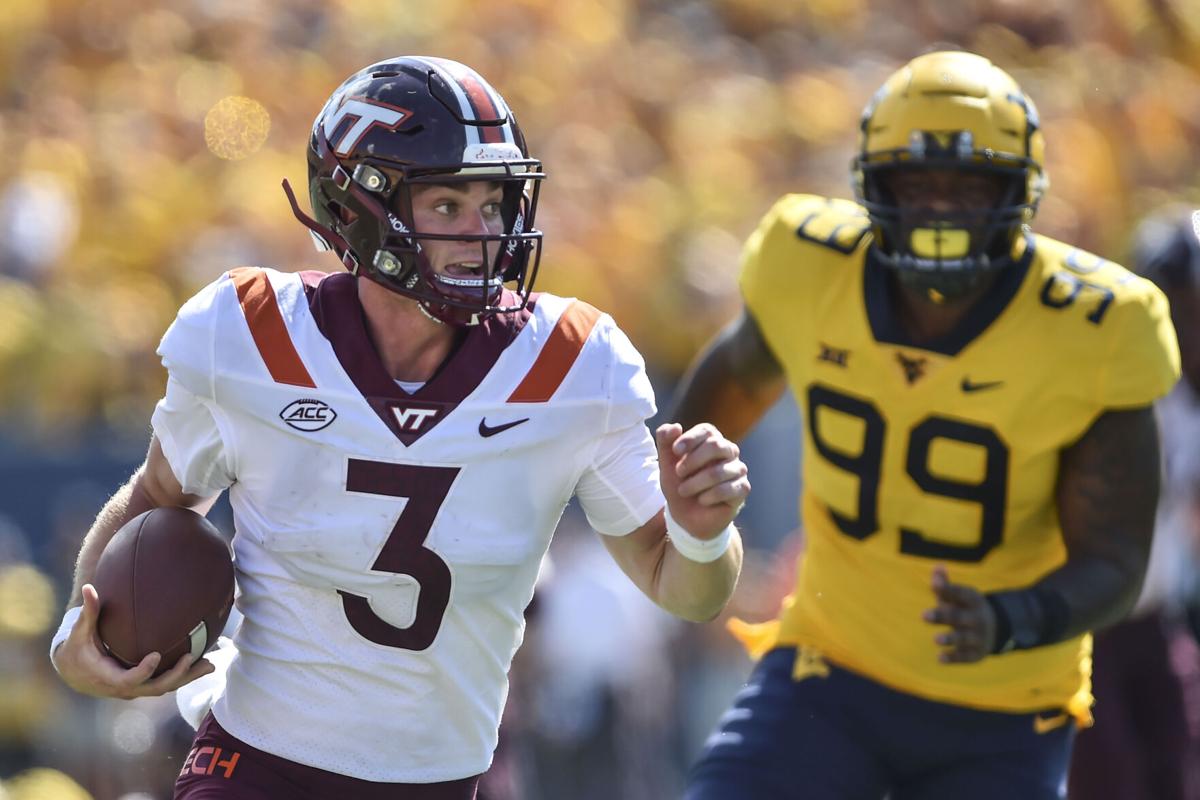 Former UA commit Braxton Burmeister played at Oregon before transferring to Virginia Tech, where he is the Hokies' starting quarterback.