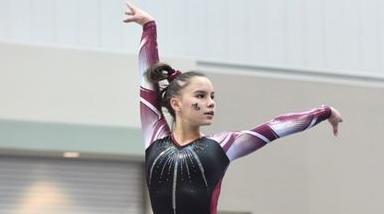 Gabby Bouza-Lazo may be Tucson's star of the summer

But Bouza-Lazo, who lives in Rio Rico and commuted to Tucson’s Arizona Dynamics gym five days a week, instead accepted a scholarship to Boise State, which finished the 2017 season ranked No. 13 in the NCAA.

The Arizona Dynamics gymnasium, coached by Gina Mueller-Martin, might be the hot bed of recruiting in Tucson, any sport. Of those currently training under Mueller-Martin, seven are considered to be Division I-level recruits. Michigan has already got a commitment from Madison Mariani, a senior at Sabino High School; before Yim left for Stanford, she got a commitment from Madison Courney, a sophomore at Mountain View.

But few have more compelling back-stories than Bouza-Lazo, who was so coachable that Mueller-Martin says “she’s a wonderful young lady; I miss her daily.”

“I chose Boise State because it offered a pre-dentistry major and the other schools who recruited me did not,” Bouza-Lazo says.

Bouza-Lazo was born in Cuba, the daughter of a neurosurgeon who fled Cuba when Gabby was 4. Gabby, her mother and younger brother were not allowed to leave Cuba for 3½ years.

“My dad took his case to the United Nations and at that time Cuba kicked us out of the country,” Bouza-Lazo remembers. “We were political refugees, but ultimately my mother became an American citizen. We lived in Southern California. Then we moved to the Rio Rico area so my father could visit us more conveniently. Because he got his medical degree in Cuba, he is only allowed to practice medicine in Spanish-speaking countries. He drives to be with us almost every weekend, eight or nine hours each way. In the summer we’ll be together for an entire month.”

Mueller-Martin was impressed not just by Bouza-Lazo’s gymnastics ability, but by her commitment to drive about 150 miles, round trip per day, to train at the Arizona Dynamics facility.

“I could barely speak English when I started training in Tucson,” Bouza-Lazo says. “I had to do it day by day, word by word. It took me about a year to become fluent. In eight months all I did was academics and gymnastics. With my drive to Tucson, I didn’t have time for much of a social life.”

Bouza-Lazo moved to Idaho last weekend to begin her fall semester at Boise State, a team that was ranked as high as No. 7 nationally last season. 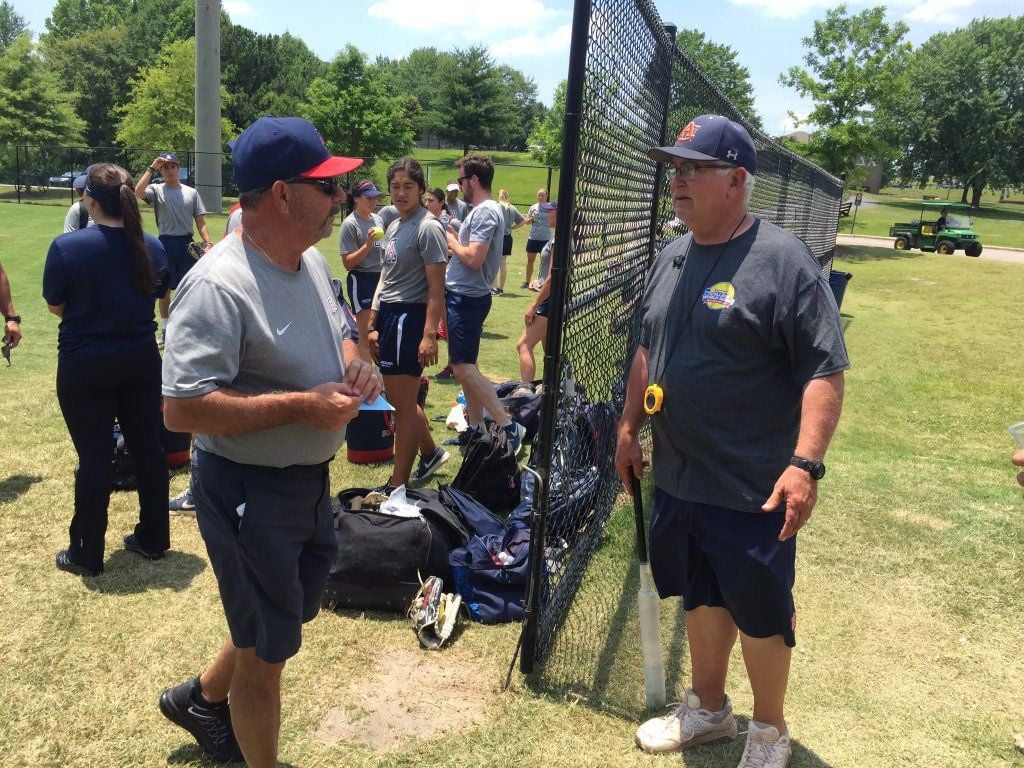 Clint Myers succeeded Mike Candrea as Central Arizona College’s softball coach in 1987. He went 429-102 at CAC and almost made them forget Candrea.

When Arizona State hired Myers, he immediately became one of the best in the game. He led the Sun Devils to 2008 and 2011 NCAA championships and was the first to establish the UA-ASU softball series as a “can’t miss” weekend.

But Myers left for Auburn four years ago and ASU went flat, finishing 42-50-1 in the Pac-12 under three head coaches. Myers, 65, last week announced he is retiring. Saturday, an ESPN report detailed a toxic culture centered around Myers and his son Corey, a former Tigers assistant.

Arizona has benefited from the chaos. Within 24 hours of Myers’ retirement, Chandler Hamilton High School outfielder Ali Ashner, who hit .455 for the two-time state champions last spring, backed off of her commitment to play at Auburn and committed to play at Arizona.

How good is Ashner? She went 4 for 4 with three doubles in the state playoffs against a 29-6 Tucson High team in May, and was one of the leaders of a team that has produced eight Division I recruits the last two seasons.

Recruiting is the most unpredictable variable in college sports. Brooke Hill, daughter of Arizona’s 1996 NCAA Player of the Year Jenny Dalton Hill, hit .483 for Louisville’s Dunbar High School last season. She has committed to play at BYU. Brooke’s father, Marc Hill, who formerly worked in the UA athletic department, is now the senior executive athletic director at Kentucky. 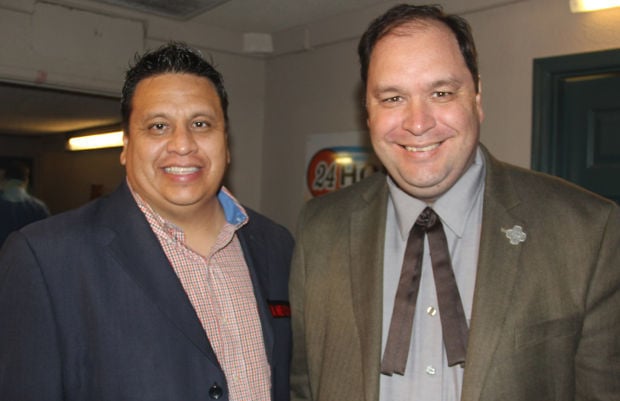 Astros, UA broadcaster Francisco Romero to be inducted into Pueblo's Hall of Fame

Few Tucsonans are enjoying the summer more than Pueblo High School and UA grad Francisco Romero, who is the Spanish-language play-by-play voice of the American League West-leading Houston Astros. Romero last week was selected to the Pueblo Warrior Foundation Hall of Fame, Class of 2017. The 1987 Pueblo grad, who has been the Spanish play-by-play man of Arizona football and basketball for 10 seasons, is in his ninth year with the Astros. He previously worked for the Diamondbacks, Brewers and Twins. Romero grew up in Nogales, Sonora, listening to the Dodgers’ Spanish radio broadcasts before moving to Tucson when he was 12. He will be honored Nov. 5. 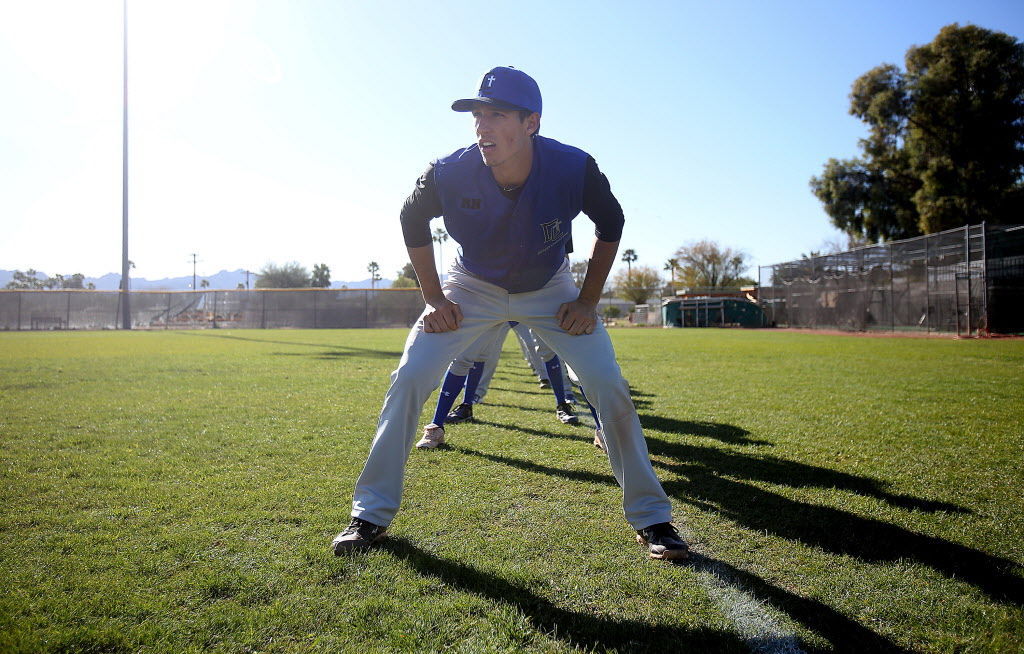 DCHS grad who led school to 3 titles has breakout summer 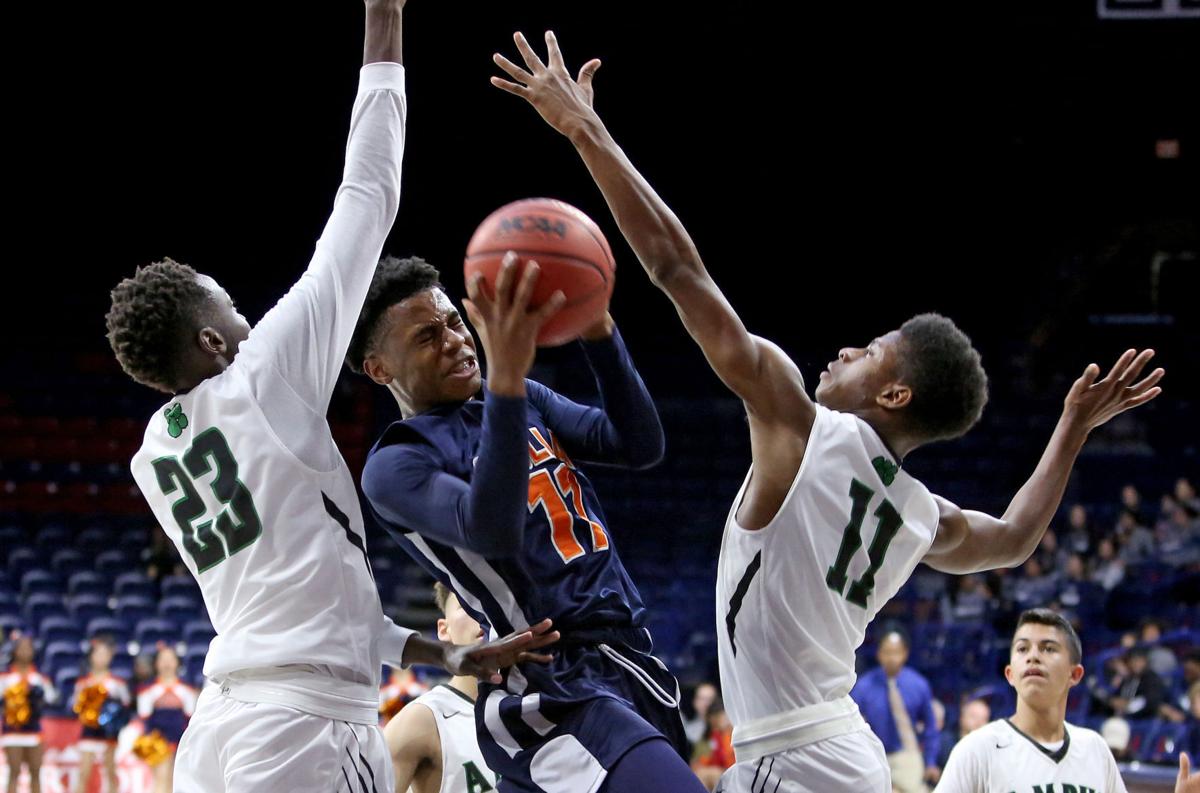 Salpointe sophomore, Amphitheater guard both offered scholarships, with more on the way 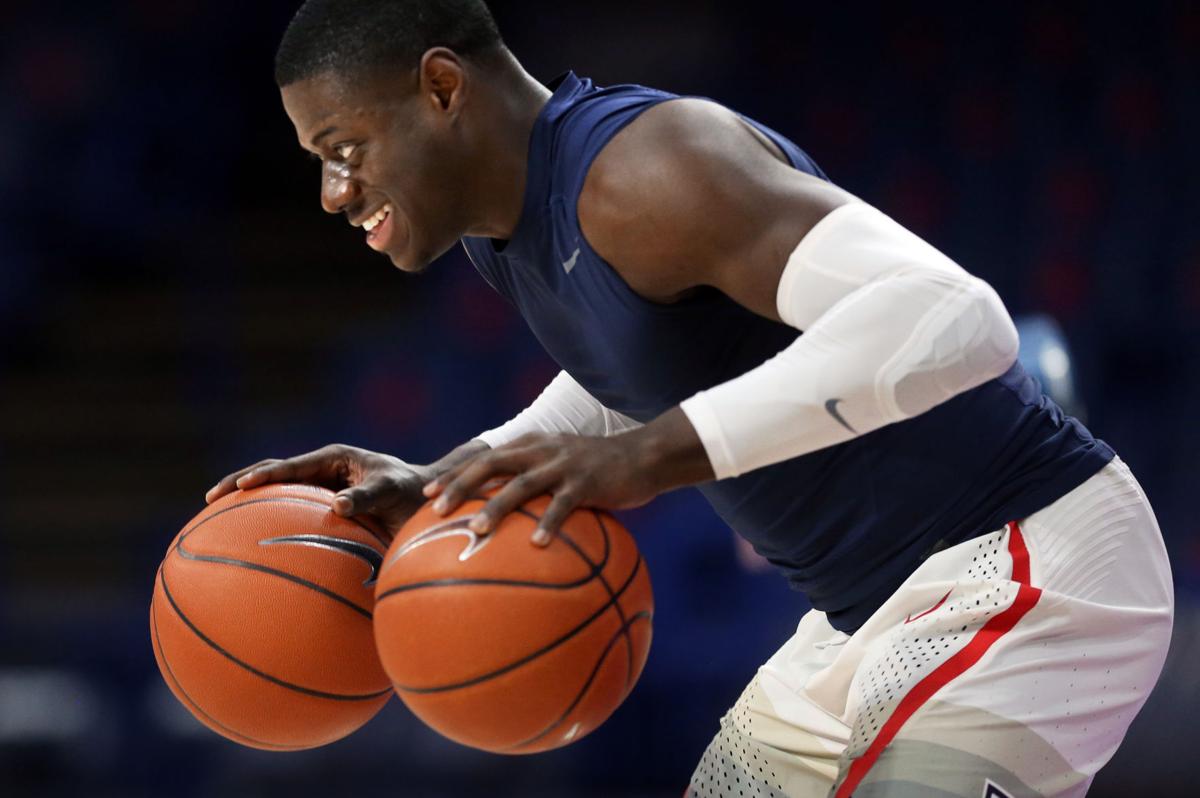 After watching both of Arizona’s basketball exhibition games in Spain I came away impressed with two things. One, freshman guard Alex Barcello is a gamer. If he stays at Arizona through 2021, everyone in the league will feel his impact. Two, Rawle Alkins withdrew from the NBA draft for several reasons, but one that spun his decision was the division of weights and measures. His body fat was too high; NBA personnel people suggested he change his body, much the same way Solomon Hill did four years earlier. I don’t know how much weight Alkins lost, but he looks like he spent the summer in yoga, or crossfit or tipping over those huge truck tires. Alkins comes off as a basketball missile headed for someone’s launching pad. 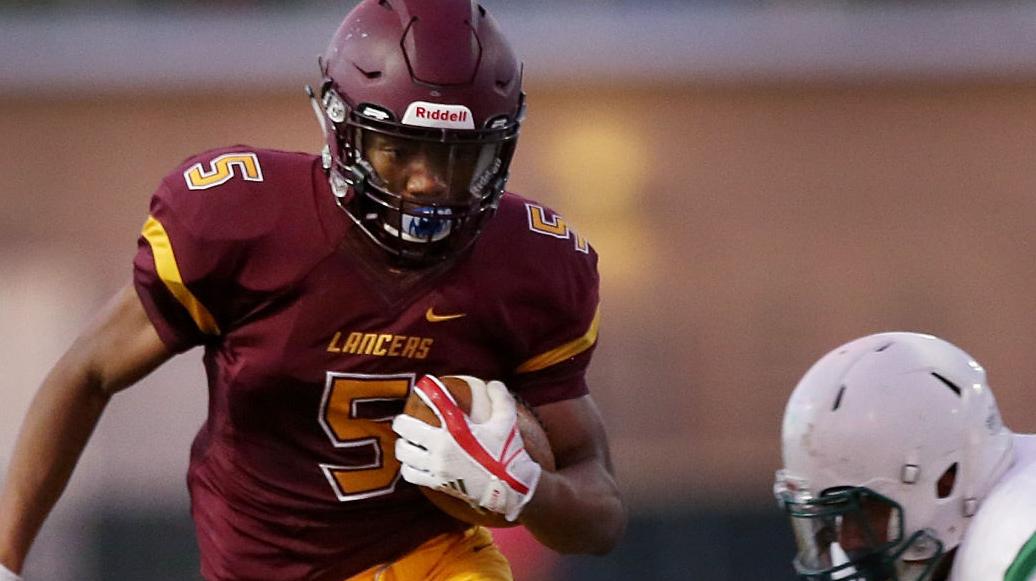 A standout safety at Salpointe Catholic High School from 2006-10, Chase Gallagher went on to be the 2015 male athlete of the year at Broaddus University in West Virginia. He then coached two seasons of football at the Massachusetts Maritime Academy and has been hired on the staff of Coastal Carolina. A week ago, Gallagher and Coastal Carolina offered a scholarship to Salpointe sophomore running back Bijan Robinson, who already has offers from Arizona, Washington and Arizona State, among others. But it’s worth a shot, right? And it shows that Gallagher has some big goals in his coaching career. 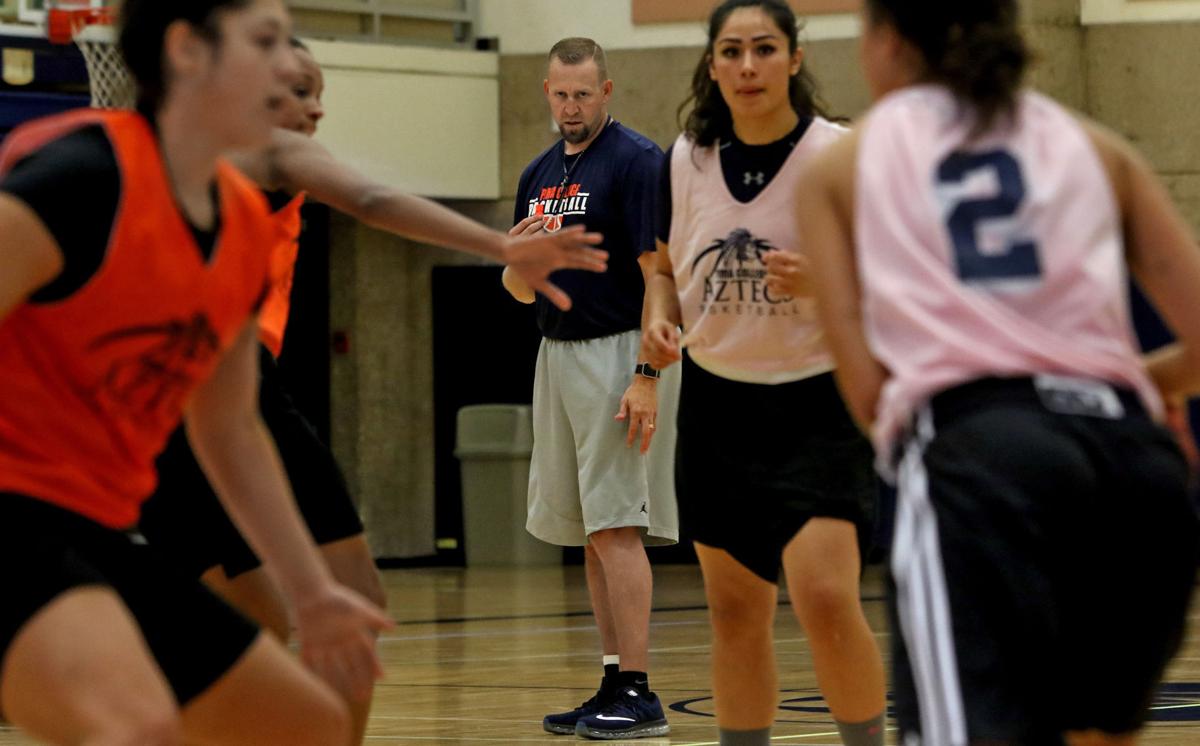 Pima women's basketball should be in fine shape with JJ Nakai 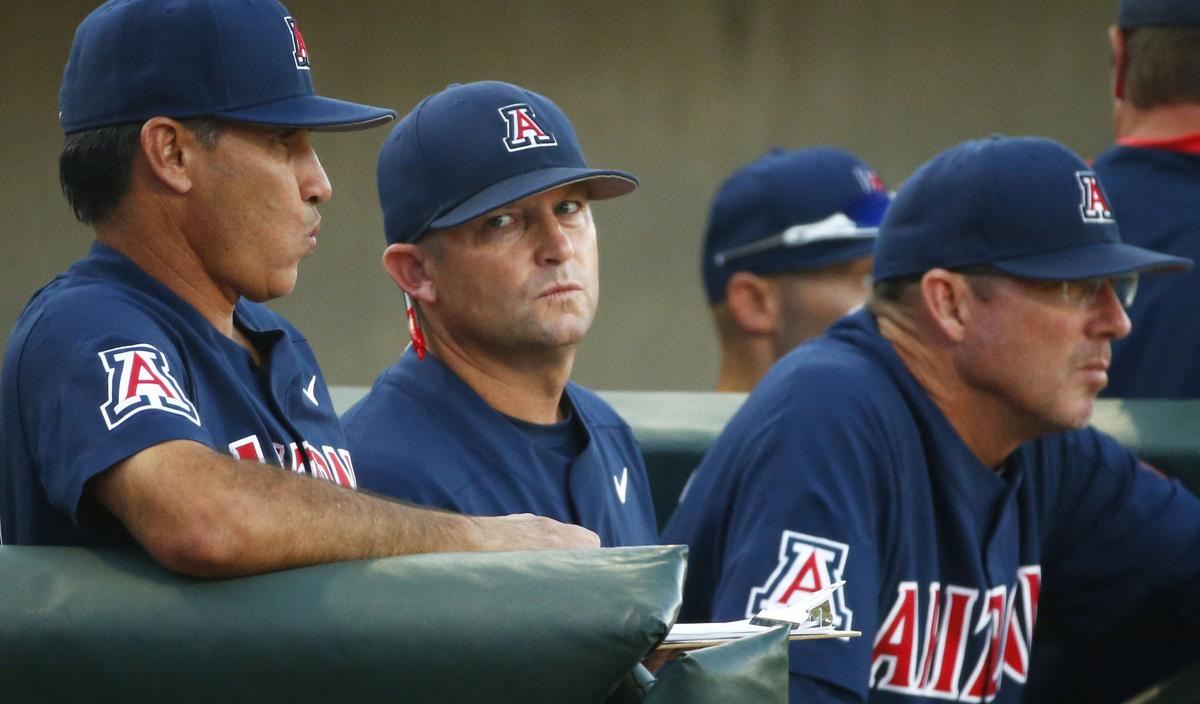 Jay Johnson, Wildcats close in on No. 1 recruiting class for 2018

UA baseball coach Jay Johnson appears to be in the process of putting together a 2018 recruiting class that will rank with the nation’s best. The latest commitment is Matt Dyer, a 6-foot-4-inch catcher who started 41 games for the Oregon Ducks as a freshman last season. Dyer, who was an all-state catcher at Glendale’s Mountain Ridge High School, will transfer to Arizona and be eligible in 2019. 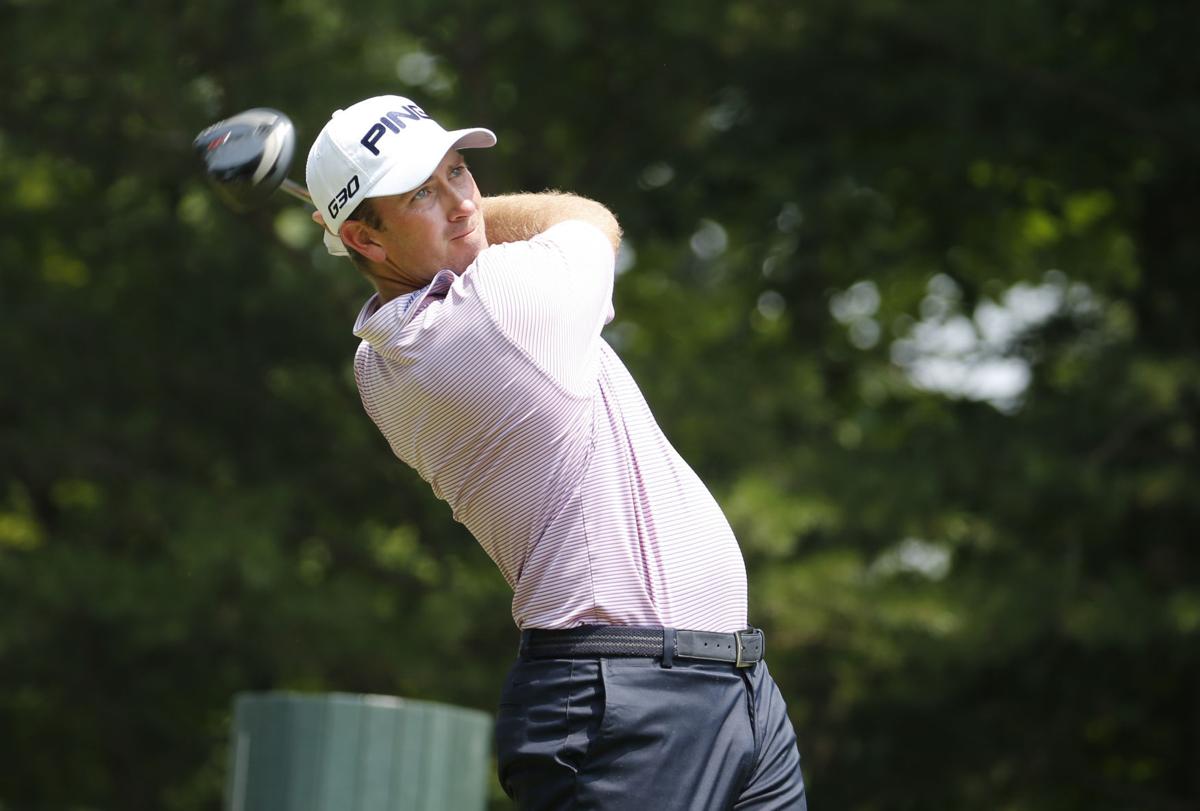 It wasn’t a banner year on the PGA Tour for UA and Tucson-connected pro golfers Michael Thompson and Ricky Barnes. Both challenged for the ongoing FedEx Cup playoffs but just missed. Barnes was 139th overall and Thompson No. 148; the top 125 qualified. Barnes earned $697,000 and Thompson $568,000 in official PGA Tour earnings. 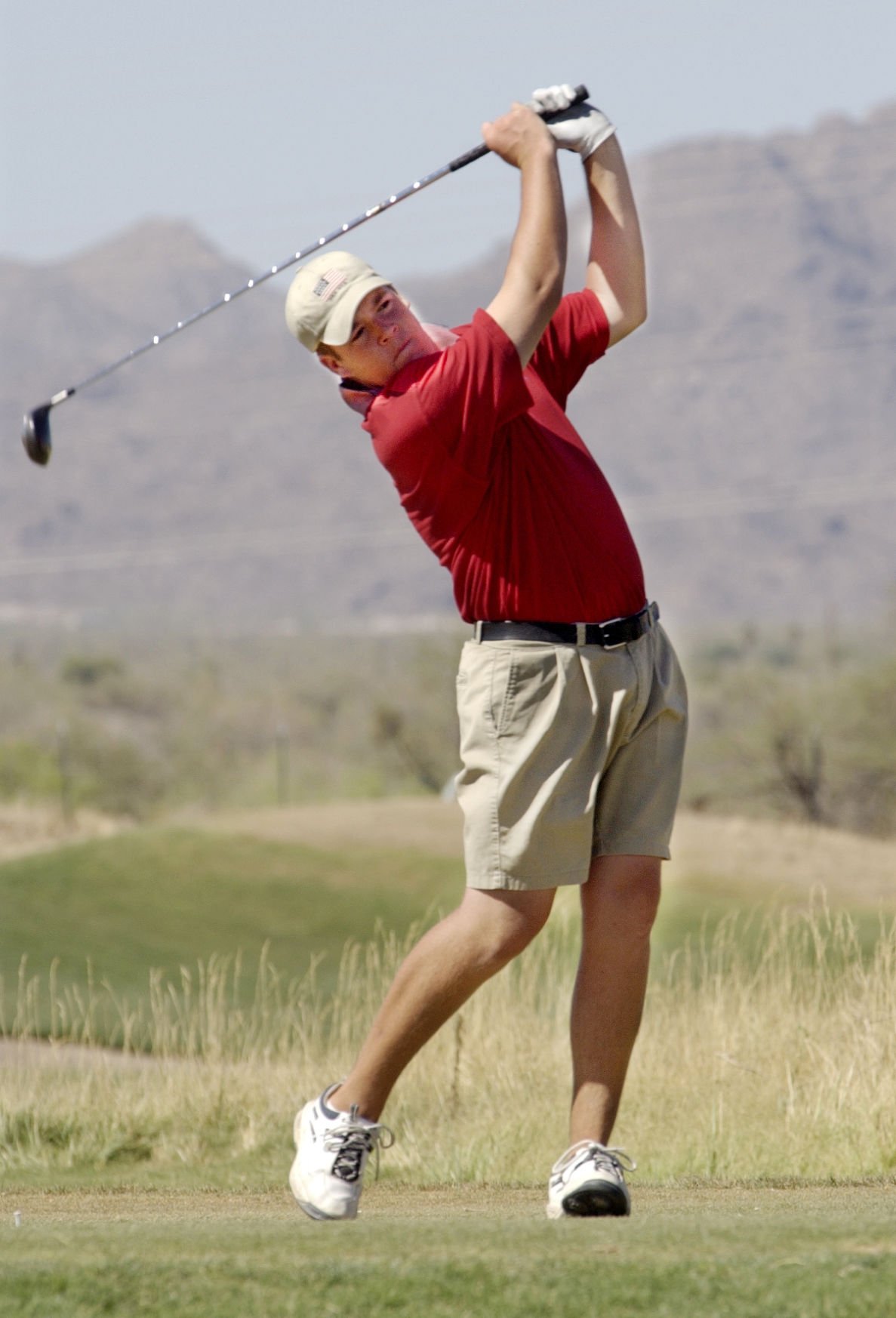 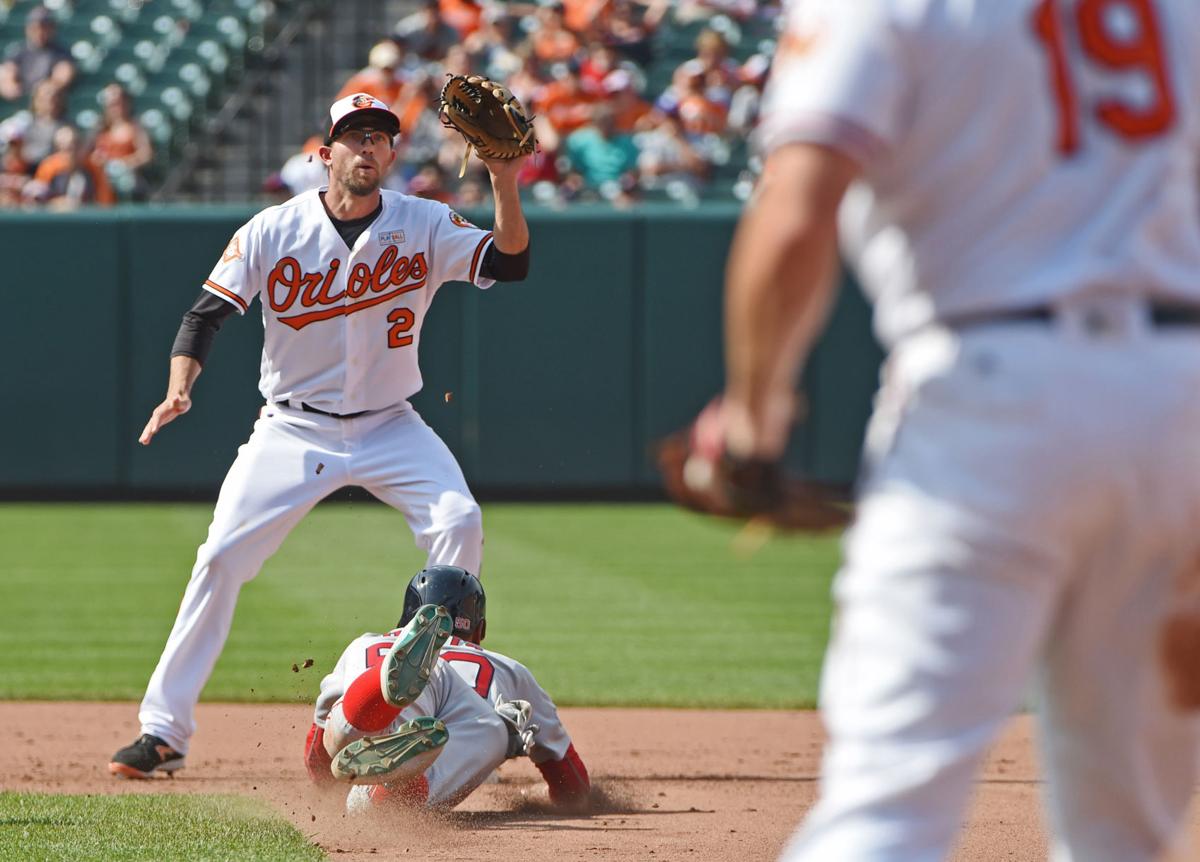 Sabino grad J.J. Hardy has missed two months of Baltimore Orioles action, sidelined with a wrist injury. He is now playing shortstop at Triple-A Norfolk in a rehab assignment. His September return to Baltimore will have significant bearing: the O’s must decide whether to pick up Hardy’s $18 million option for 2018, or pay him $2 million and let him walk. Hardy turned 35 on Aug. 19. 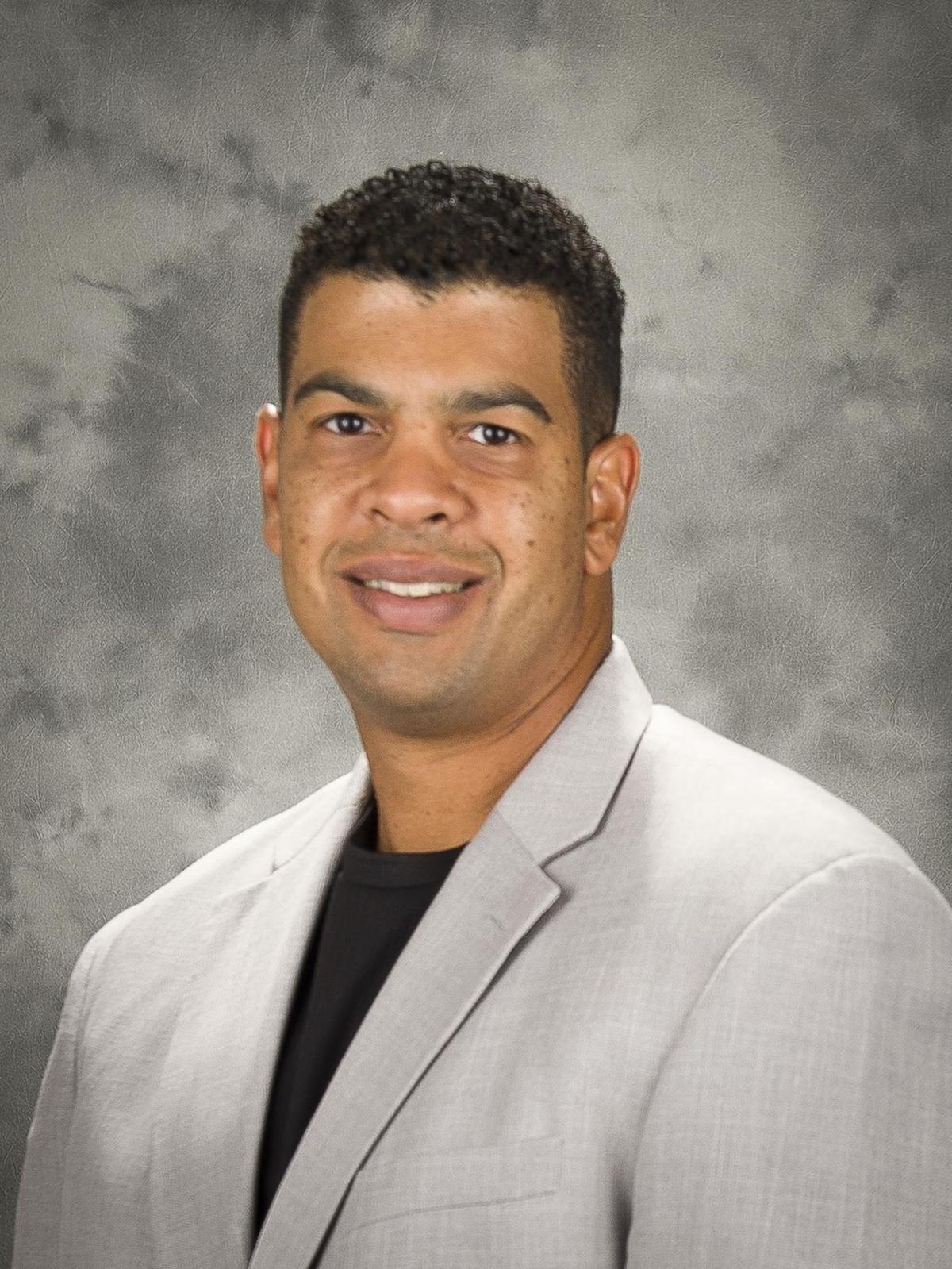 It would be a wonderful story if Arizona’s interim gymnastics coach John Court is hired full-time after the 2017-18 season. Court is the longest-serving assistant coach at McKale Center, with 20 seasons in the books. Only softball’s Mike Candrea, track’s Fred Harvey and volleyball’s Dave Rubio have been on the coaching payroll longer. Court has head coaching experience: He was the top coach at Vermont for three seasons in the early 1990s. 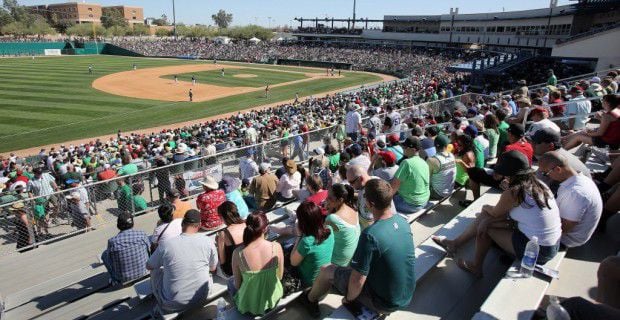 My two cents: Tucson must have drive to land Brewers

The Milwaukee Brewers are looking for someone to pay them zillions for a spring training home, and Pima County has made preliminary contact, offering the dated Kino Sports Complex, but I’ll be batting cleanup for the Yankees before that ever happens.

There will be no spring training baseball in Tucson unless a new facility is built to please at least two teams, and that would cost in excess of $100 million.

Beyond that, it might be more difficult to find two teams willing to move to Tucson than to come up with the money and facilities.

In contrast, the Nova Home Loans Arizona Bowl recently moved into a new headquarters downtown, and last week donated $200,000 to local charities. It has joined forces with CBS Sports Network for a Dec. 29 afternoon game. Talk about trending up.

The key to these sports enterprises is the force of personality and drive to get it done. That’s how Roy Drachman and Burt Kinerk and Greg Foster and the Tucson Conquistadores, among others, made it possible for spring training, the PGA Tour, FC Tucson and the Copper Bowl to make Tucson home.

The Arizona Bowl works because Tucson attorney Ali Farhang and mortgage kingpin Jon Volpe have put the time, money and vision required to get it done.

Anything short of that will keep spring training out of Tucson for decades.

Save 90% on your first 3 months when you subscribe today!

We're wherever you are. Subscribe now for 90% off your first 3 months!