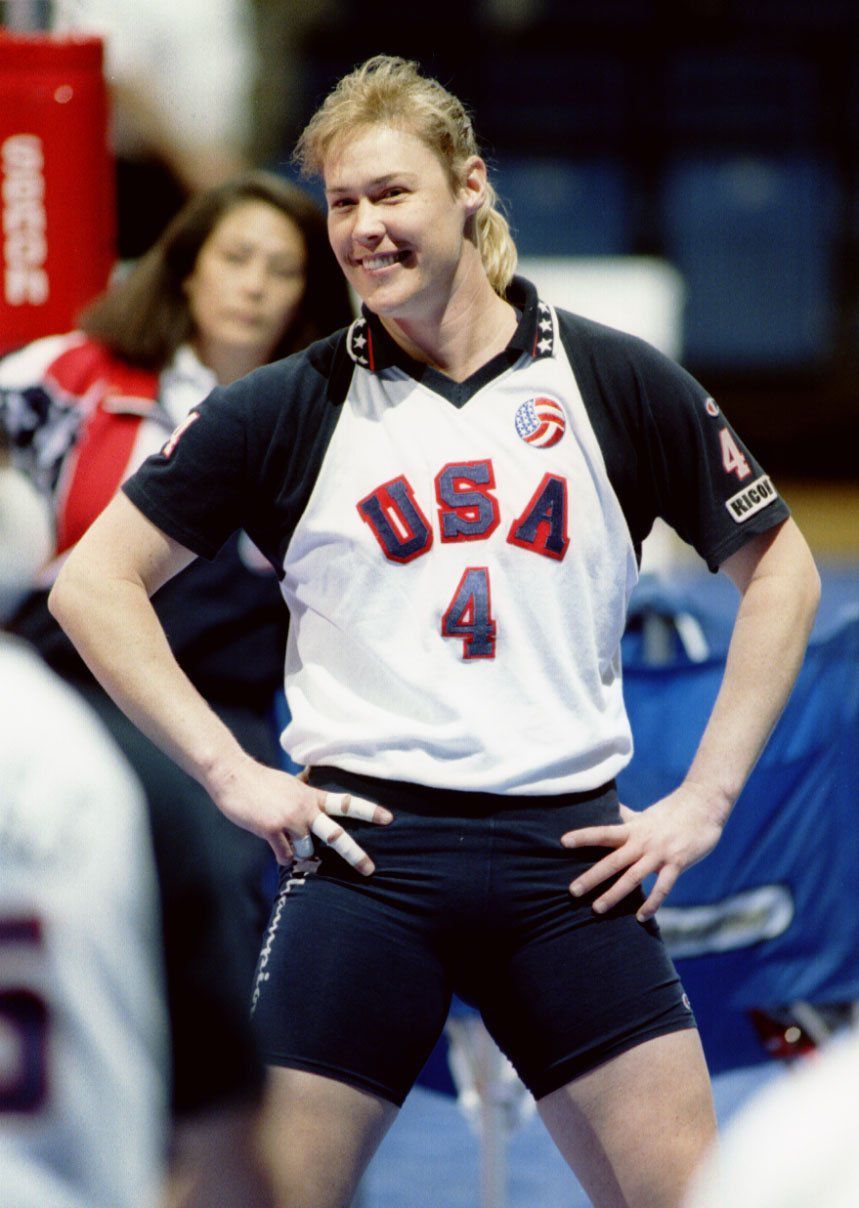 Editor's pick: This summer, Star columnist Greg Hansen is counting down the top of just about everything related to Tucson sports.

Looking back on Caren Kemner’s remarkable volleyball career, it’s amusing she chose Arizona over some of the nation’s top schools because she was uncertain she could make everyone’s lineup.

Kemner, who played high school volleyball in Quincy, Illinois, played just two seasons at Arizona before accepting an invitation to be part of the first USA Volleyball team that practiced year-round, in 1986.

She didn’t play at McKale Center again until April 1991, when Team USA played the Soviet Union as part of a national exhibition tour. Before the Americans beat the Soviets in five sets, U.S. coach Terry Liskevych put Kemner’s career in perspective.

“Caren is one of the top three players in the world," he said. “She’s our best serve receiver, best passer, best defensive player and she’s also our best attacker."

Part of the USA’s 1988, 1992 and 1996 Olympic teams, Kemner also played professionally in Japan, Brazil and Italy. At 6-feet, 2-inches, she is viewed as one of the 10 leading women’s volleyball players in American history.

Now 52, she has been the head coach at Culver-Stockton College in Canton, Missouri for seven years.

Here’s our list of the 10 leading volleyball players in UA history: 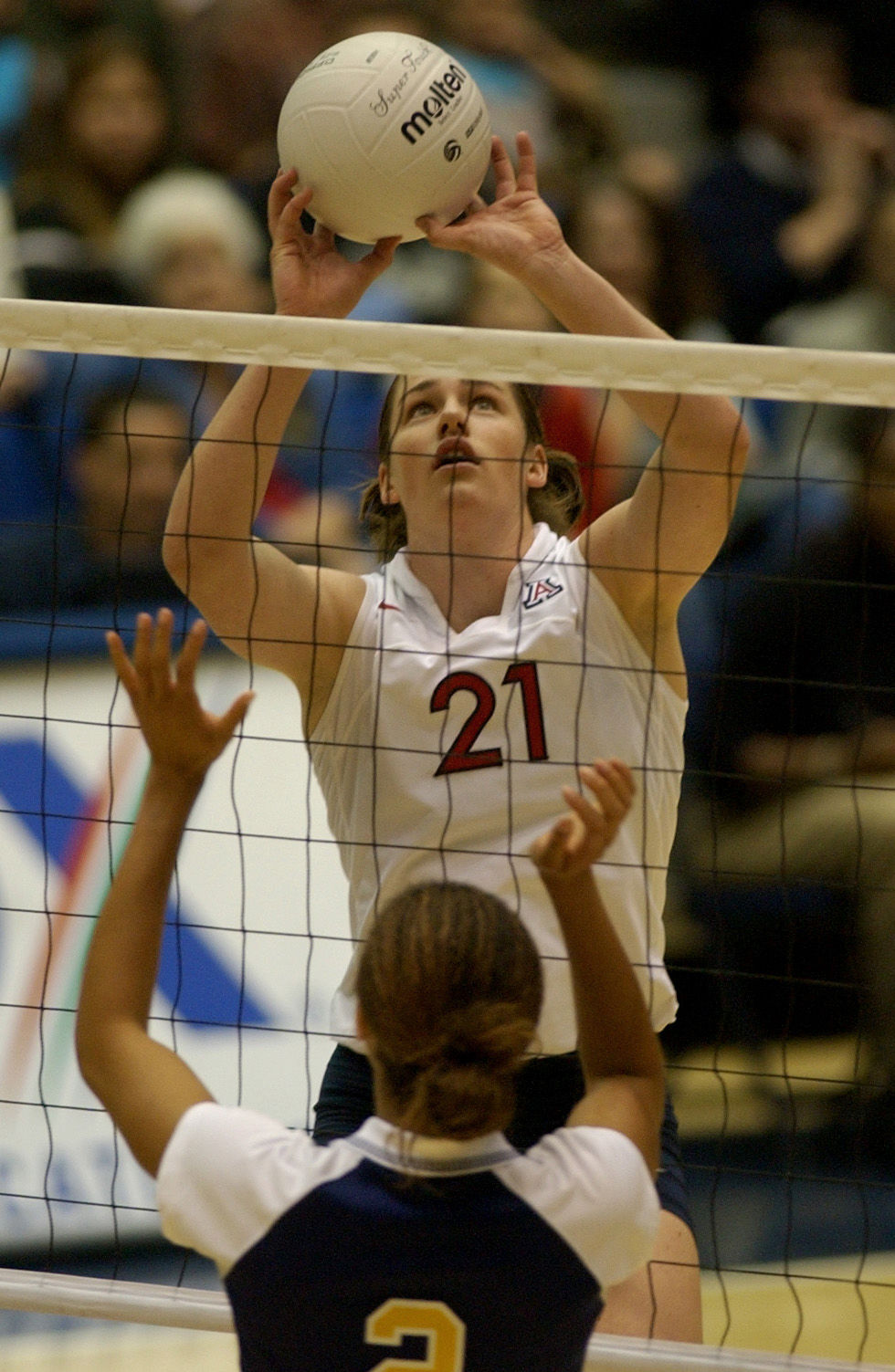 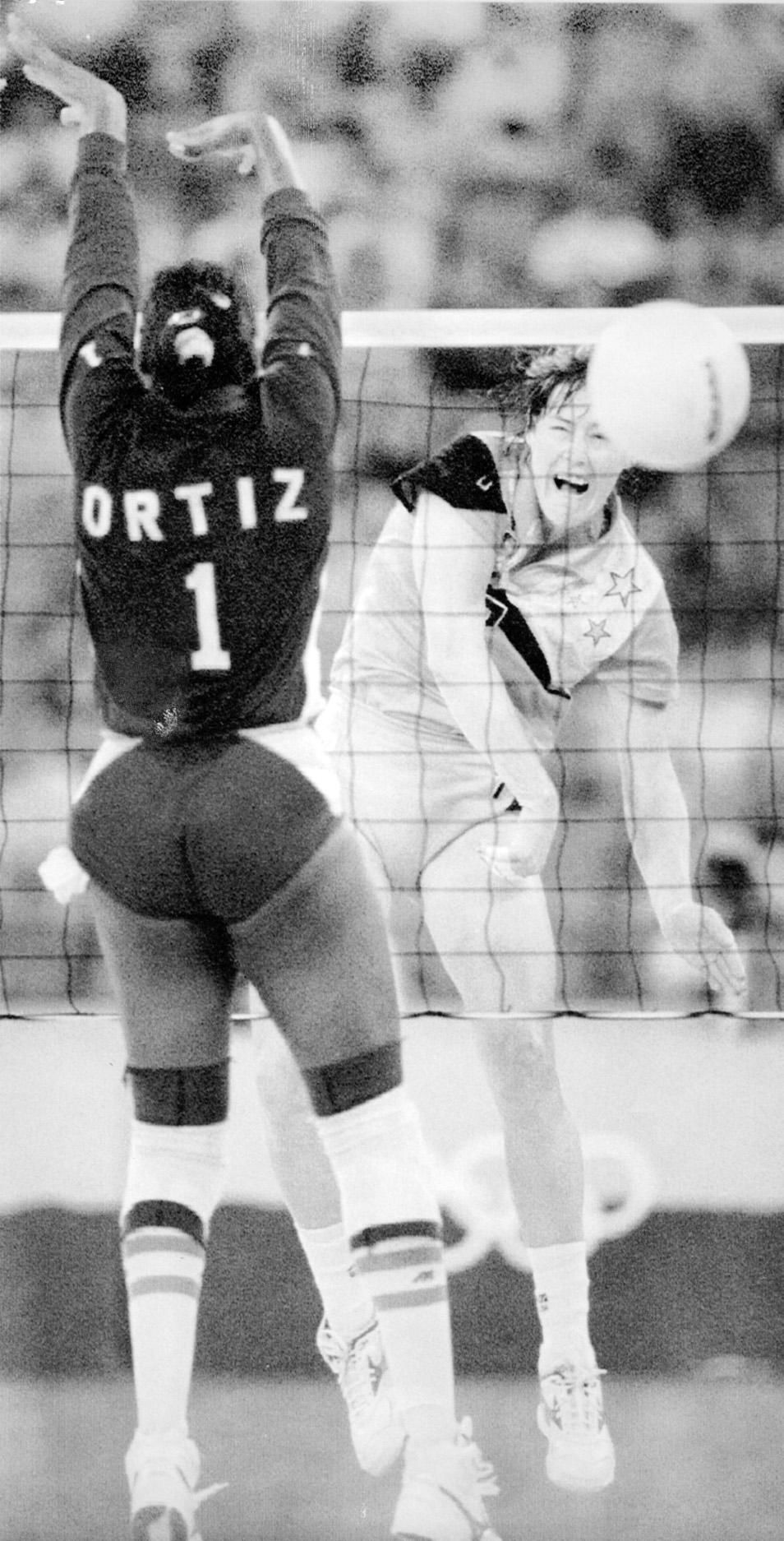 Because Kemner spent just two seasons at Arizona, we rank her a shade below a four-year player like Burkholder. 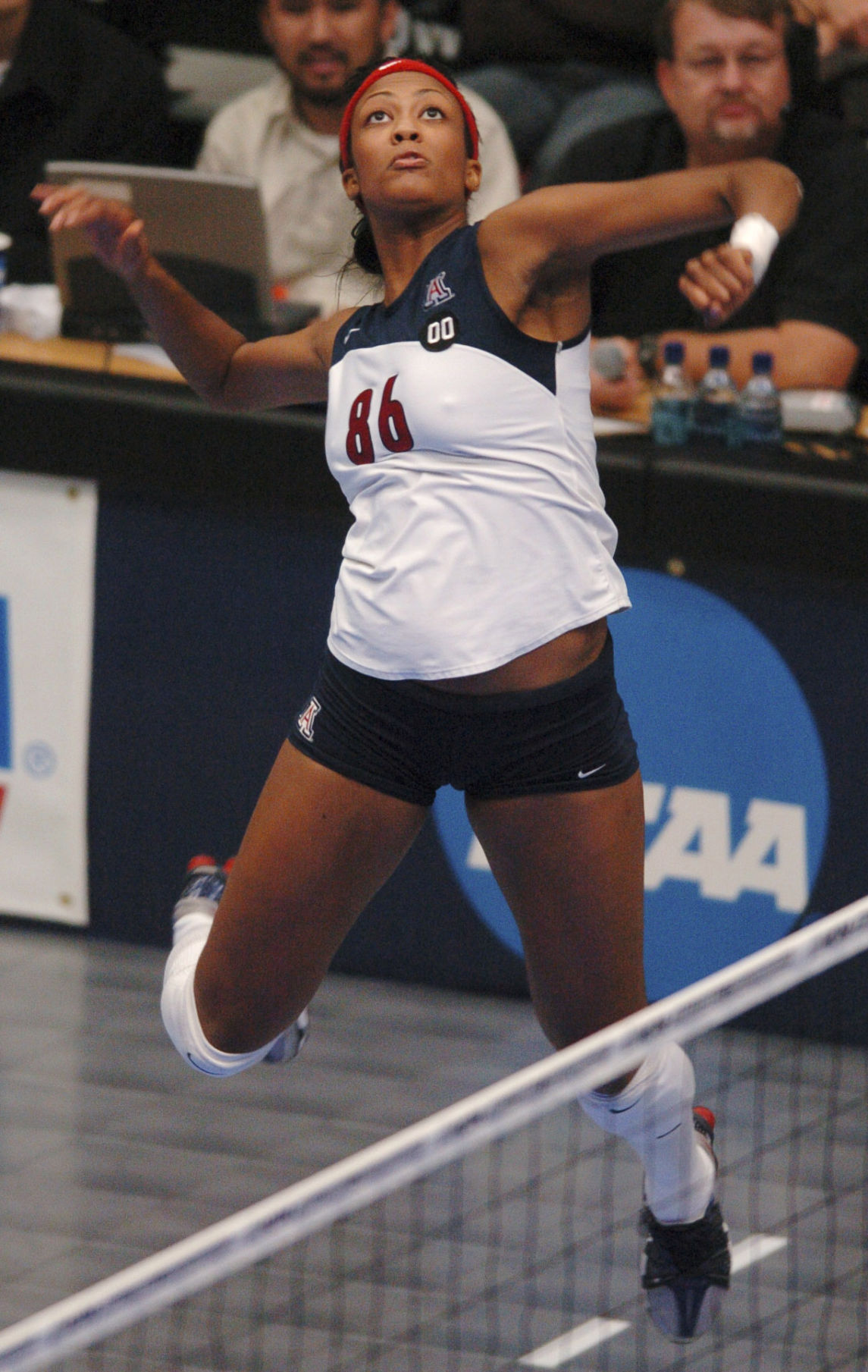 As a first-team All-American in 2005, Glass went on to be part of the USA’s 2008 Beijing Olympics team. She continues to hold the school record for kills in a season (650). 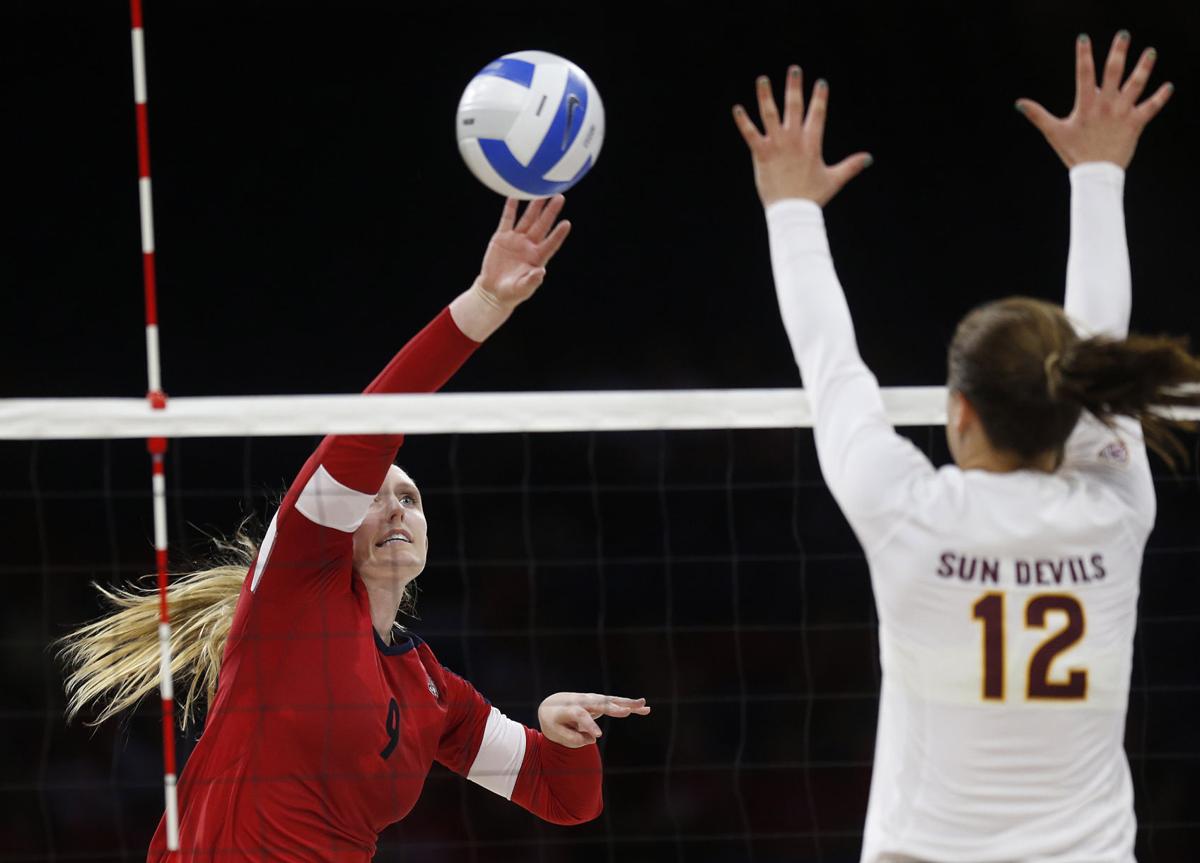 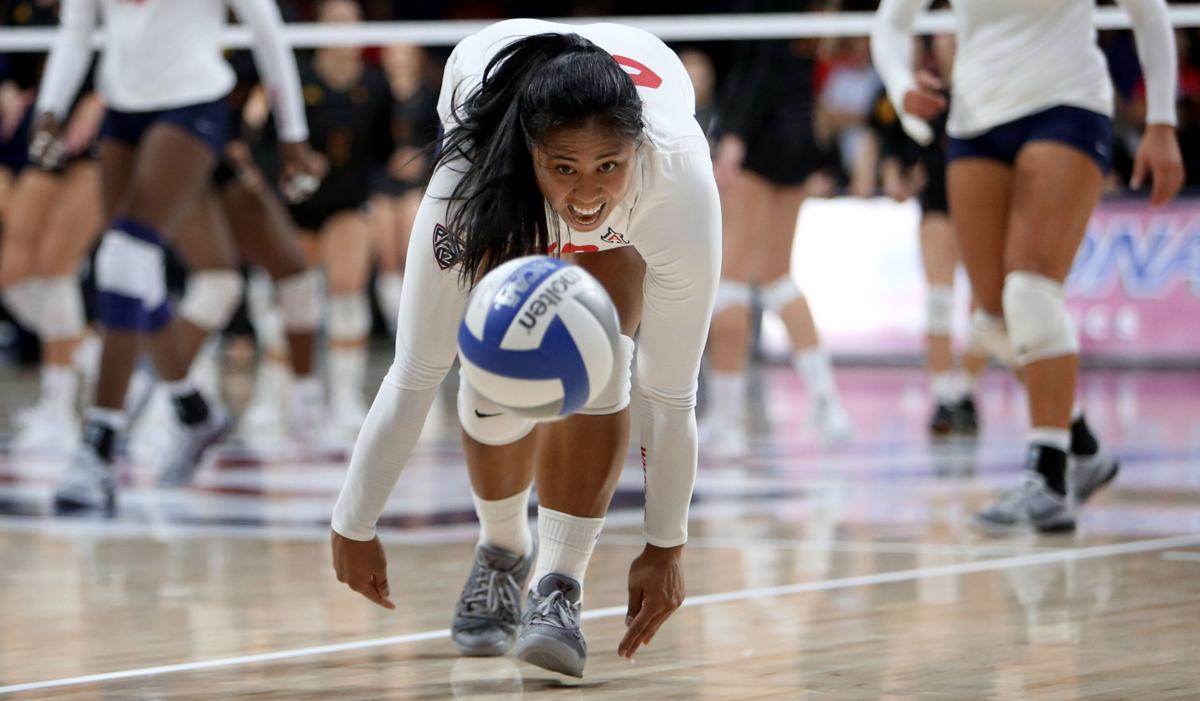 Second to Burkholder in career assists (5,212), Snuka was a third-team AVCA All-American in 2016 and a three-time first-team All-Pac-12 choice. 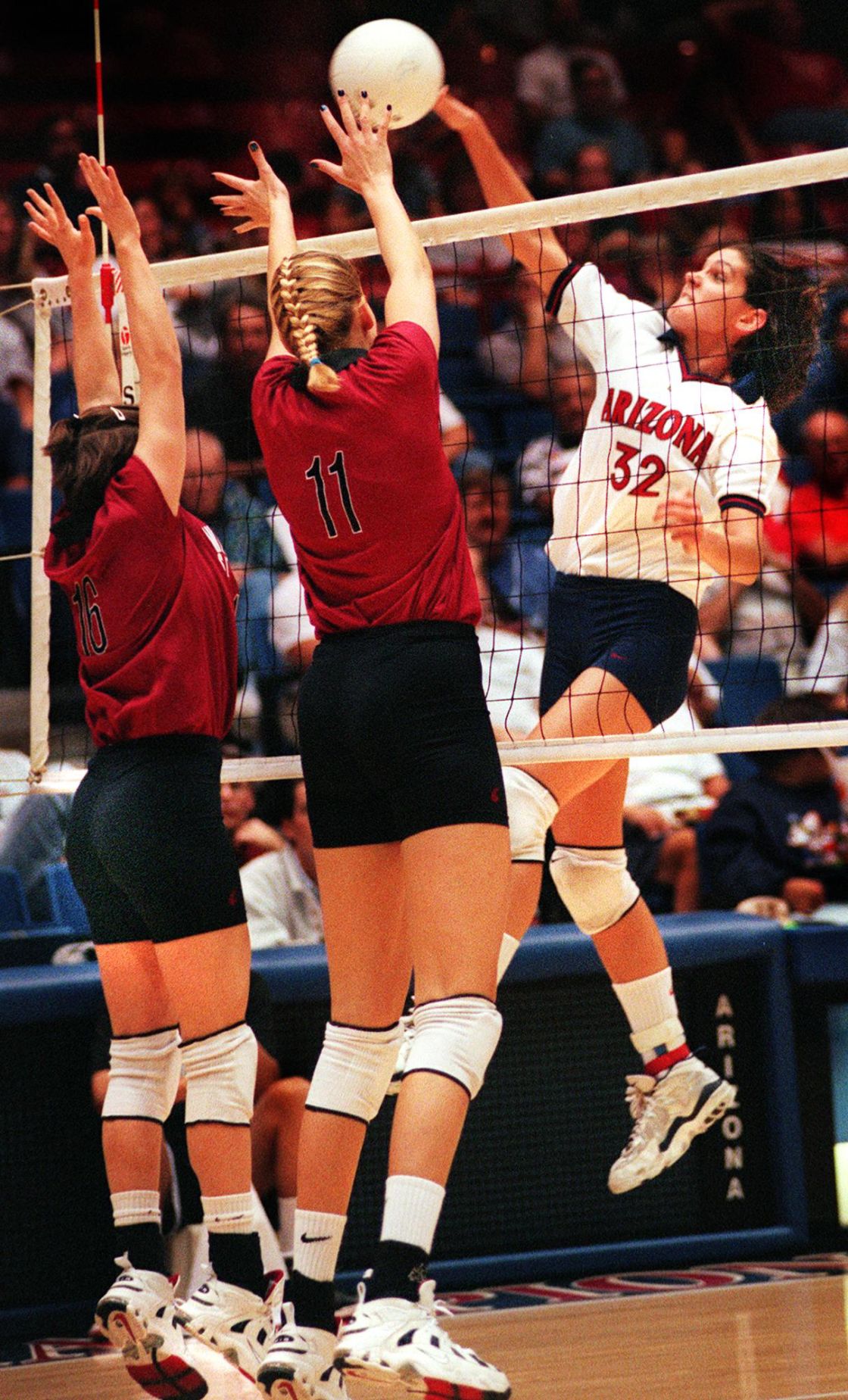 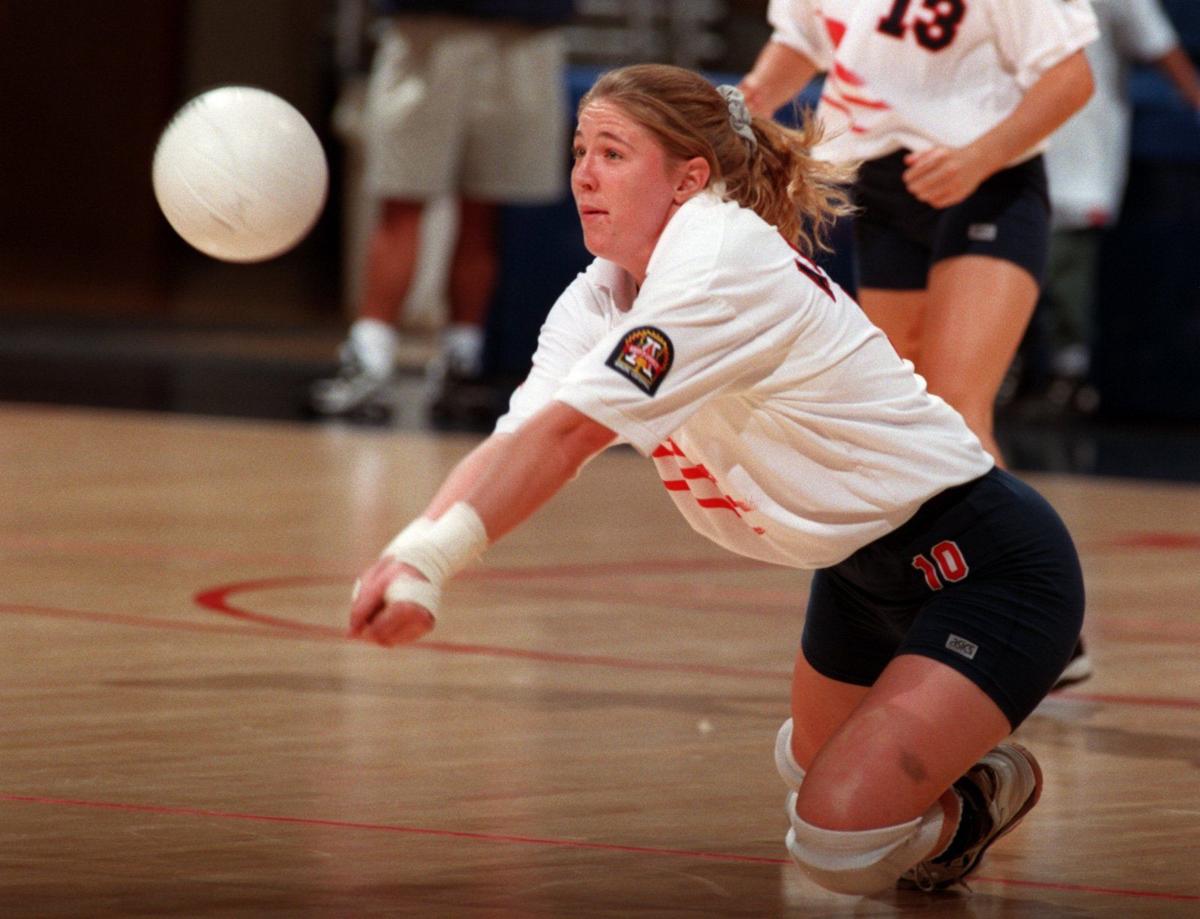 A Flowing Wells High School grad who set the national high school record for kills in a season, Bell a three-time All-Pac-10 outside hitter, 1995, 1996 and 1997, setting a then-UA record for kills (1,641) and helped the Wildcats to a pair of Sweet 16 seasons. 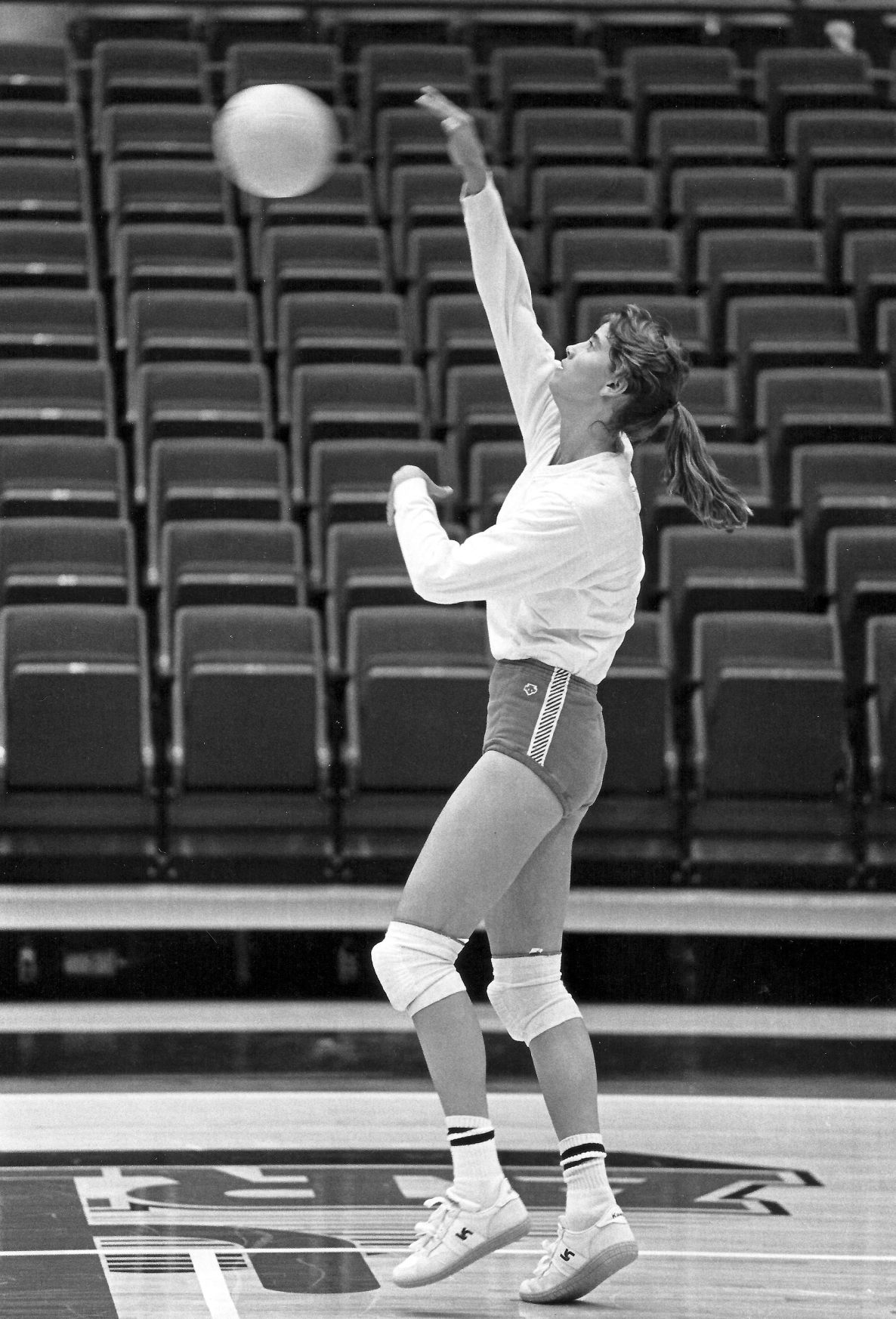 The Pennsylvanian set a UA record with 41 kills in a game in 1985 against BYU. She then was part of the 1988 USA Olympic team in Korea and a first-team All-American in 1985. 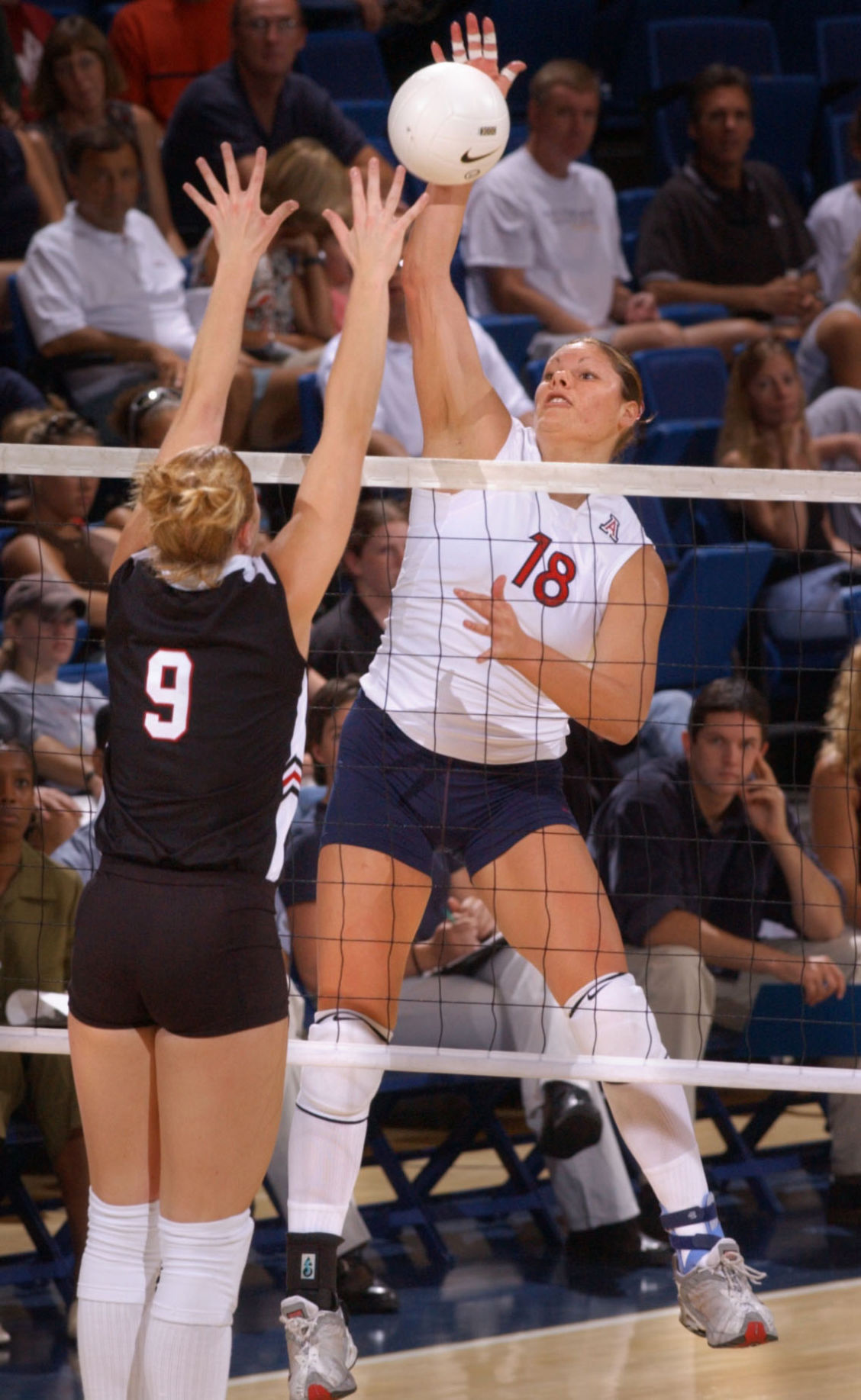 Torregrosa was a key part of Arizona’s 2001 Final Four team, one of the nation’s leading outside hitters. She's still playing professionally in Puerto Rico. 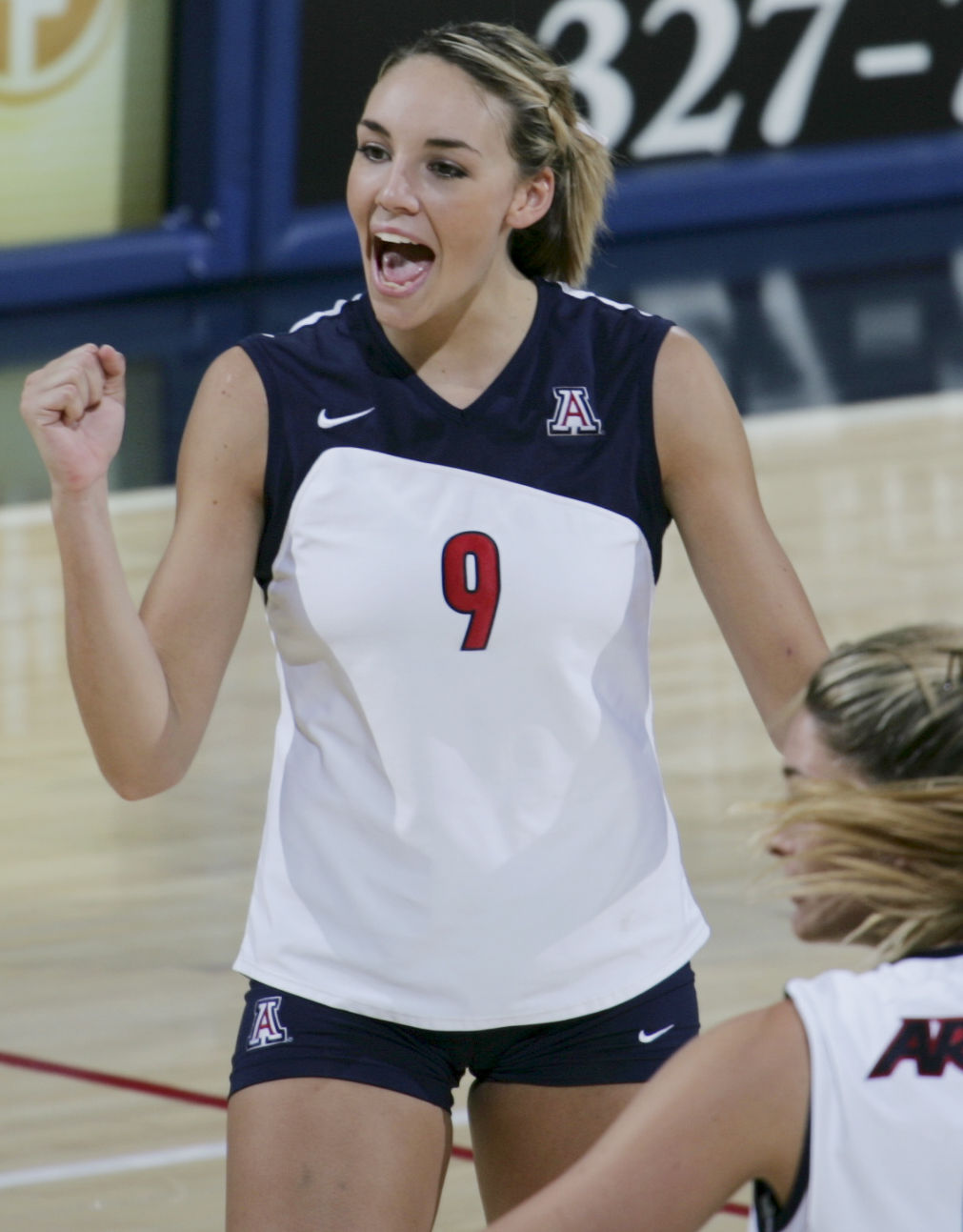 The Gatorade national volleyball player of the year at Canyon del Oro High School in 2002, Ladd became a four-year starter at Arizona, starting strong as she made the Pac-12 All-Freshman team and set a freshman record for blocks (124). She is married to Los Angeles Lakers coach Luke Walton. 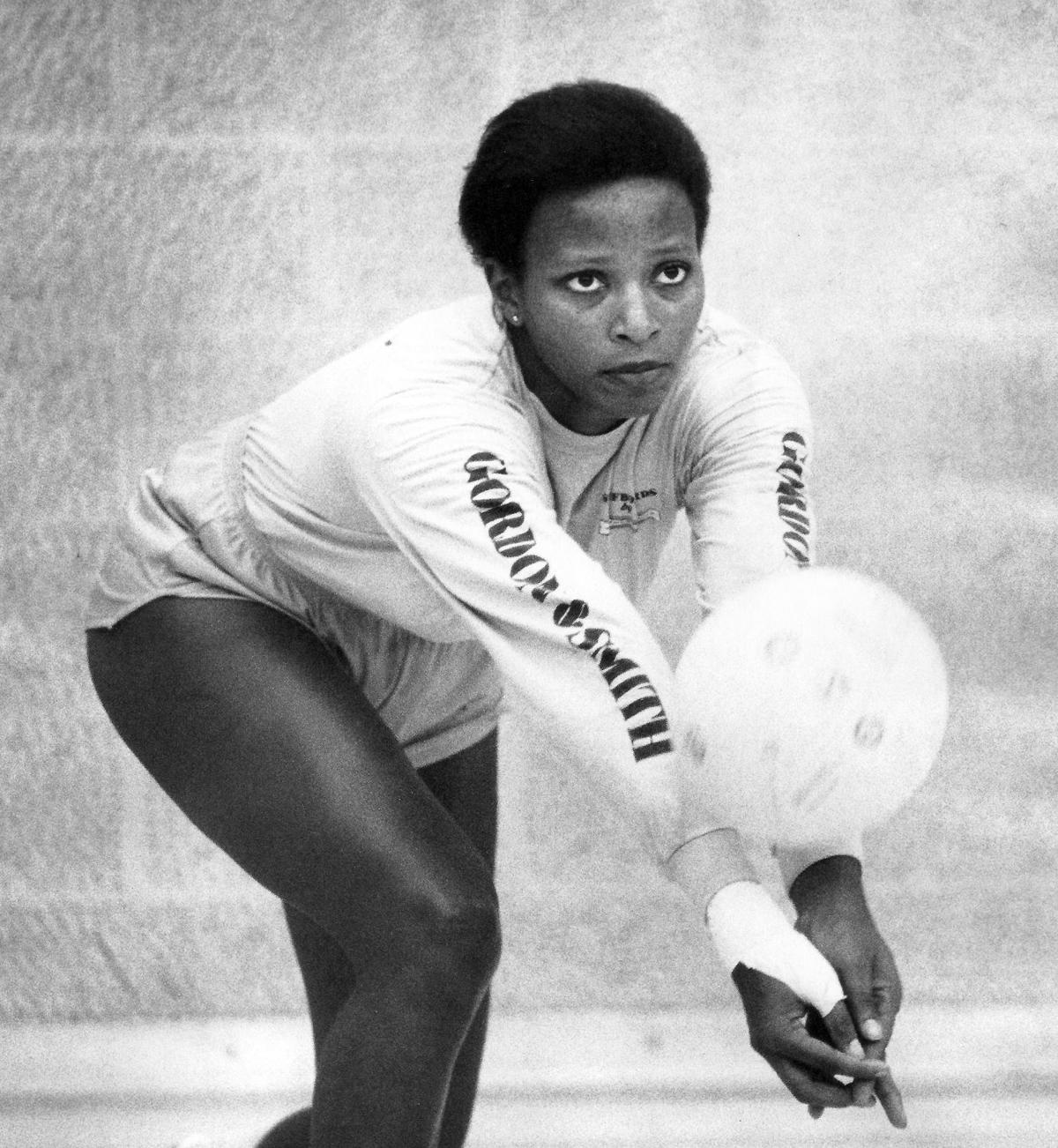 The first national-level elite player at Arizona, Moss was a third-team All-American in 1982 and 1983 from Colorado Springs who played eight years in European pro leagues.