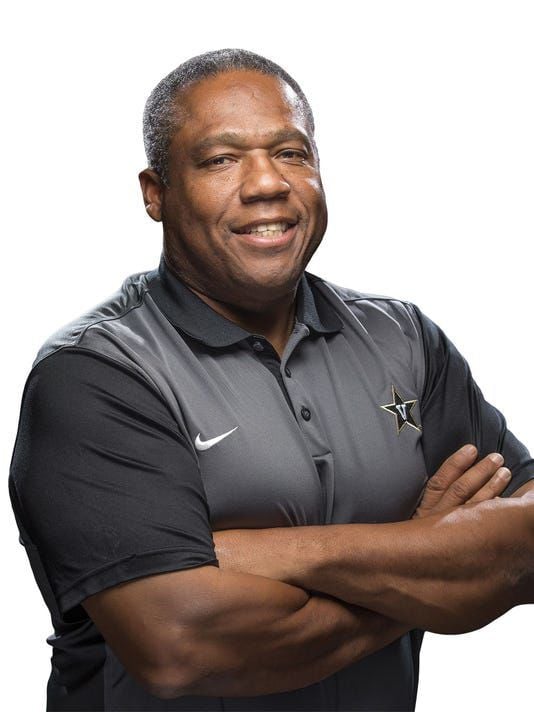 Osia Lewis, a former Tucson High standout who went on to coach at stops throughout college football, died after a battle with liver cancer.

Moments after a 14-14 tie at Oregon State’s Parker Stadium in the fall of 1992, I stood at midfield watching how each team responded differently to a tie. The Beavers celebrated. The Wildcats were devastated.

I began to follow Arizona kicker Steve McLaughlin to the team’s dressing room at Gill Coliseum; McLaughlin had missed a last-minute field goal that would’ve won the game. I dreaded the thought of asking him what went wrong.

And then everything changed.

Someone called my name. It was Jim Luster, the track coach at nearby West Albany High School, a man I had come to know and deeply respect from my years working for an Oregon newspaper a decade earlier.

I eagerly shook his hand and asked what he was doing at an Oregon State football game; the Beavers were coming off back-to-back 1-10 seasons and had not produced a winning season since 1970.

“My son-in-law is an OSU assistant coach,” said Luster.

Who’s that, I asked?

I immediately knew that Osia Lewis’ marriage to Jim Luster’s daughter, Darlene, was a better story than a football game.

Lewis is black. Darlene Luster is white. It was nowhere near as common in 1992 as it is in 2020, and especially in small-town Corvallis, Oregon. It took about two seconds to realize how much the Lusters loved and respected Osia Lewis.

I asked Luster how Osia was dealing with the Beavers’ struggles.

“He’s got a big heart and a great future in coaching,” said Luster. “He works so well with the players.”’

Luster went on to say that Darlene had graduated from OSU and was teaching middle school in nearby Sweet Home, Oregon.

A minute or two later, Osia Lewis emerged from OSU’s happy locker room. He hugged his wife and coach Luster, and said he was happy to see me. I had gotten to know him through the years and worried that his coaching career might be scuttled by OSU’s seemingly permanent position at the bottom of the Pac-10.

But seeing him so happy made me forget all about Steve McLaughlin’s missed kick.

Osia told me of his days as Tucson High’s starting quarterback, ending in 1981, and about how he was tormented that Arizona did not offer him a scholarship. With tears in his eyes, he told me about the death of his brother, Marvin Lewis, a 1970 Parade All-American lineman at Tucson High, who broke his neck while diving into an irrigation ditch in Yuma before he could ever play a down for the USC Trojans.

Marvin Lewis died when he was 23. He was not there to watch his little brother. No. 7 in a Tucson Badgers uniform, go on to become a starting linebacker at Oregon State or make a school-record 22 tackles in a monumental 1985 upset over the mighty Washington Huskies.

For the next 25 years, Osia would make contact whenever he’d come to Tucson to recruit a football player for Illinois or San Diego State, or for New Mexico or UTEP, places at which he became one of the nation’s leading defensive coaches.

He would always end our conversations with “someday I’m going to move back to Tucson and coach at Arizona. Tucson is home.”

Few people can call Tucson home the way Osia Lewis could. His mother, Mary Jane, a cook, raised 11 kids in an economically-depressed area west of the UA. Osia was Mary Jane’s 10th child. Her husband, also named Osia, had left the family when Osia was a toddler.

Osia referred to former Tucson High football coach Bill Dawson as his “second father.” The former THS all-state lineman, who went on to play at Michigan State, drove Osia to and from Tucson High almost every day during his senior year.

Dawson, who died in 2015, once told me that he took particular interest in Osia because he knew that without a scholarship, Osia would probably not be able to go to college. Together, they built the foundation for Osia’s wonderful post-THS career. He was offered scholarships by Washington State and Colorado State, earned a master’s degree at Oregon State, met and married Darlene Luster, raised two children, Marvin and Kiana, and coached college football for a quarter-century.

Talk about your American success stories.

Osia’s last job was at Vanderbilt, where he was stricken with liver cancer, an unforgiving disease that forced him to step away from coaching and recruiting; he became a senior defensive analyst for the Commodores.

He was never able to make good on his hope to move home, to Tucson, and coach his hometown team. On Saturday night, Osia died in his sleep. He was only 57.

When his mother, Mary Jane, died just before Christmas in 1995, nine of her children sat in a sobering funeral service at the Trinity Mission Baptist Church, where she had somehow found time to be part of the church’s choir. Mary Jane was just 67. Osia said that she was a saint, always more concerned about her children than herself.

“Six of us went to college, that’s a miracle,” he said. “She’s my hero. She’s the toughest lady on earth.”

After Osia’s freshman season at Oregon State, he returned to Tucson for Christmas break and told Mary Jane that he didn’t want to go back to Corvallis. He was unhappy that he had been moved from quarterback to defense.

“I felt sorry for myself, but she wouldn’t let me quit,” Osia told me. “She said that there was a lot more to life than football.”

Osia Lewis, whose trademark was a world-class smile, long ago proved his mother right.

Members of Arizona athletics and the Pac-12 community have spoken out over the last week in regards to the police killing of George Floyd in Minneapolis.

A week ago, a tennis recruiting website ranked Arizona’s Class of 2020 as No. 6 in the nation. But will the Wildcats' international recruiting class be affected by the coronavirus?

The Star's longtime columnist checks in this week to explain how Ted Purdy gets 'God-bumps' in his new job, why Matt Grevers keeps winning during the coronavirus, and why Oklahoma State's NCAA sanctions could portend bad things for the Arizona Wildcats and other teams involved in the ongoing investigation into college basketball.

Osia Lewis, a former Tucson High standout who went on to coach at stops throughout college football, died after a battle with liver cancer.