The problem is, none of those rare (and becoming more rare) great escapes led to much. Mannion and Allen performed their heroics in November. Tubelis’ winner came against a Sun Devils team that had gone 39 days without a victory.

In Sean Miller’s 12 years on the job, a signature buzzer-beating shot has escaped Arizona. Jamelle Horne missed a 3-pointer that would’ve sent Arizona to the 2011 Final Four. Nick Johnson, bless him, couldn’t get off a shot in a still-painful 2014 Elite Eight loss to Wisconsin.

Allonzo Trier’s win-it-all 3-ball in the final second of the 2017 Sweet 16 bounced away. Season over far too soon.

Isn’t it time? Don’t the basketball gods owe one to the Wildcats?

The pain from Saturday’s 63-61 loss to Oregon lingers. Point guard James Akinjo slowly dribbled into a double team and, as the clock ticked away, he did not see Terrell Brown wide open on the right wing or Kerr Kriisa pop open in front of the UA bench.

The UA’s last-possession failures are like the lyrics of a Paul Simon song: The nearer your destination, the more you’re slip sliding away.

Perhaps the aforementioned basketball gods are getting back at Arizona, which between 1985-2005 won so many buzzer-beaters against big-time opponents that you could write a book about it.

Was it all X’s and O’s? Was it truly better coaching? Or was it, as Lute Olson once said, “big-time players make big-time plays”?

Here are five last-possession buzzer-beaters that helped to build Arizona into a center of elite basketball.

1986: Steve Kerr throws a 90-foot pass that is deflected and bounces to Craig McMillan, who scores at the buzzer to beat then-Pac-10 kingpin Oregon State 63-62 and change the trajectory of Arizona’s future. Olson said the Wildcats had practiced that play — including planning for a ricochet — almost every day.

1991: Olson calls a “one push” play, in which the point guard actually pushes power forward Sean Rooks, which gives space to pass and for Rooks to get open. He scores at the buzzer to beat Stanford at then-wild Maples Pavilion,78-76.

1992: Khalid Reeves sprints the length of the court in 4.5 seconds, beating Stanford in Maples Pavilion, 72-70. “We’ve practiced that play,” said UA assistant coach Jim Rosborough. “We knew Khalid could get there in under 5 seconds.”

1999: Against No. 3 Stanford, Jason Terry dribbles the last 10 seconds as four teammates hug the baseline and get out of the way. Terry doesn’t consider passing. He swishes an 8-footer to win the game, 79-78. UA fans storm the court, the last time they have done so.

2001: Against No. 1 Stanford, trailing 75-74 with 12 seconds left, Olson calls two timeouts and Stanford coach Mike Montgomery a third as both coaches shuffle X’s and O’s. Arizona has five appealing options: Gilbert Arenas, Jason Gardner, Loren Woods, Richard Jefferson or power forward Michael Wright. After Wright scores from 3 feet out at the buzzer to win it, Olson says: “I planned to go inside the whole way; I knew they wouldn’t get the ball out of Michael’s hands.”

There were many others: Miles Simon beat Oregon State at the wire and Cincinnati with a 50-foot shot. No one, however, stepped up in the last ticks of the clock more than Salim Stoudamire.

“I like to have a guy who has done it all the time,” Olson said after Stoudamire’s shot beat Oklahoma State. Who wouldn’t? “Salim was taking that last shot, period,” said Rosborough.

With a Stoudamire in its lineup, Arizona probably wouldn’t have frittered away last-possession chances to beat Colorado and Oregon over eight days. Salim, a senior in 2005, embraced the pressure.

Alas, the Wildcats haven’t had anyone like Stoudamire — a pure shooter with no fear — for 15 years. As with Sean Elliott, who was the first “Mr. Clutch” of many in the Olson years, it wasn’t an X or an O as much as it was the willpower of one.

Arizona is overdue to find a latter-day Mr. Willpower.

The most famous buzzer-beater in the early years of UA basketball was authored by Howard Abbott, a senior from Tucson High. He beat national power USC on a last-second 16-footer, Dec. 19, 1931, at Bear Down Gym.

If you’ve forgotten the feeling, this is what the Star’s Chuck Kinter wrote about Arizona’s historic buzzer-beater:

“With a thespian gesture that left the Trojans dumbfounded and a crowd of more than 1,000 in hysterics, Arizona came from behind to conquer the mighty monarchs of the Pacific Coast Conference. … In the time it takes to bat an eye, the Cats turned the disadvantage into victory.”

Abbott became something of a celebrity in Tucson; after graduation, he owned the Blue Moon Ballroom and often told the story of the famous night he beat USC with a last-second jumper.

The next time Arizona wins a big-game buzzer beater at McKale, or anywhere, the school might need a ballroom to stage a long-awaited celebration.

Bruins and Trojans are a combined 21-5 in Pac-12 play and swept UA at McKale Center last month.

Even though he began to make a name for himself as a CDO Dorado, this is essentially just the beginning for Turner Washington.

Johnny Juzang moved closer to home during the pandemic, and UCLA's rolling because of it

Juzang’s rise has come at a time when UCLA may need it most. Arizona plays the Bruins at Pauley Pavilion on Thursday night.

Game day essentials, from projected starting lineups to storylines and series history, ahead of Arizona-UCLA on Thursday.

UCLA is 9-1 in games decided by five points or less (or in overtime), while UA is 3-4 in those games.

In two months, Jedd Fisch has moved with head-turning swiftness and energy, accepting the challenge that it’s his job to make everyone else believe this is a wonderful opportunity, not a laborious reconstruction. 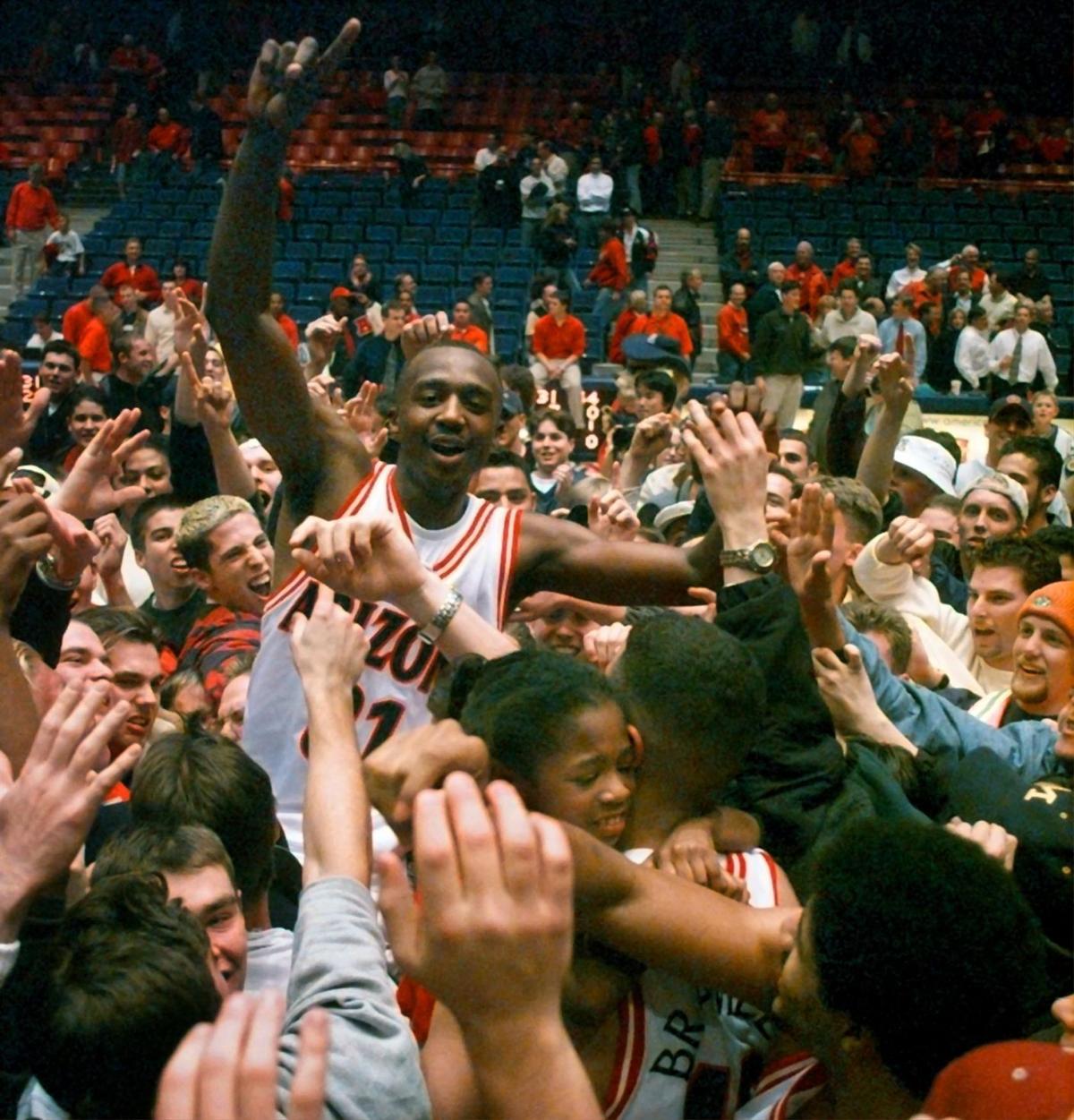 Jason Terry’s last-second shot to beat Stanford in 1999 led to an on-court celebration — and a ride on Wildcats fans’ shoulders. Terry went on to become an NBA star before returning to Tucson as an assistant coach under Sean Miller. 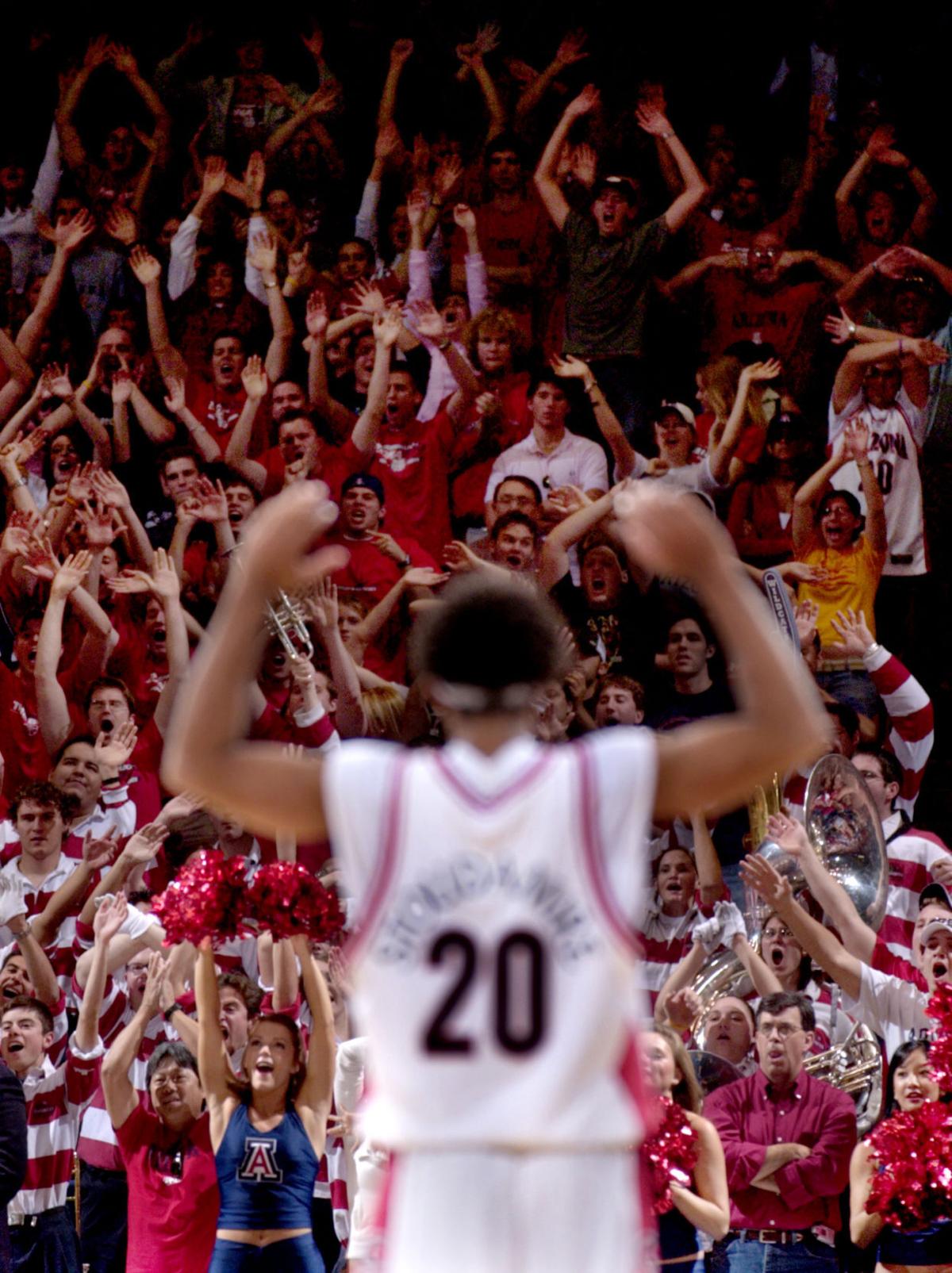 16 UA Hoops rjf p-12 (PLEASE USE THIS FOR ASSIGNMENT FB STUDENTS- ONLY) University of Arizona’s Salim Stoudamire looks to the student seating section and encourages them to chear during agame against UCLA at McKale Center Saturday night in Tucson, AZ. Photo By: Rich-Joseph Facun/Arizona Daily Star 120499 MANDATORY CREDIT. NO MAGS, NO SALES JANUARY 27, 2005 E1 Rich-Joseph Facun / Arizona Daily Star — Far from a maddening crowd: Salim Stoudamire riles up students during the UA’s game Jan. 15 against UCLA at McKale Center, the only Pac-10 facility without a central section on or near the court for students. Such an atmosphere is usually intimidating and raucous for visiting teams. MARCH 28, 2005 C7 Photo from Arizona Daily Star and wire service files — * Jan. 15: Stoudamire regains scoring mentality, hits 26-foot game-winner against UCLA. 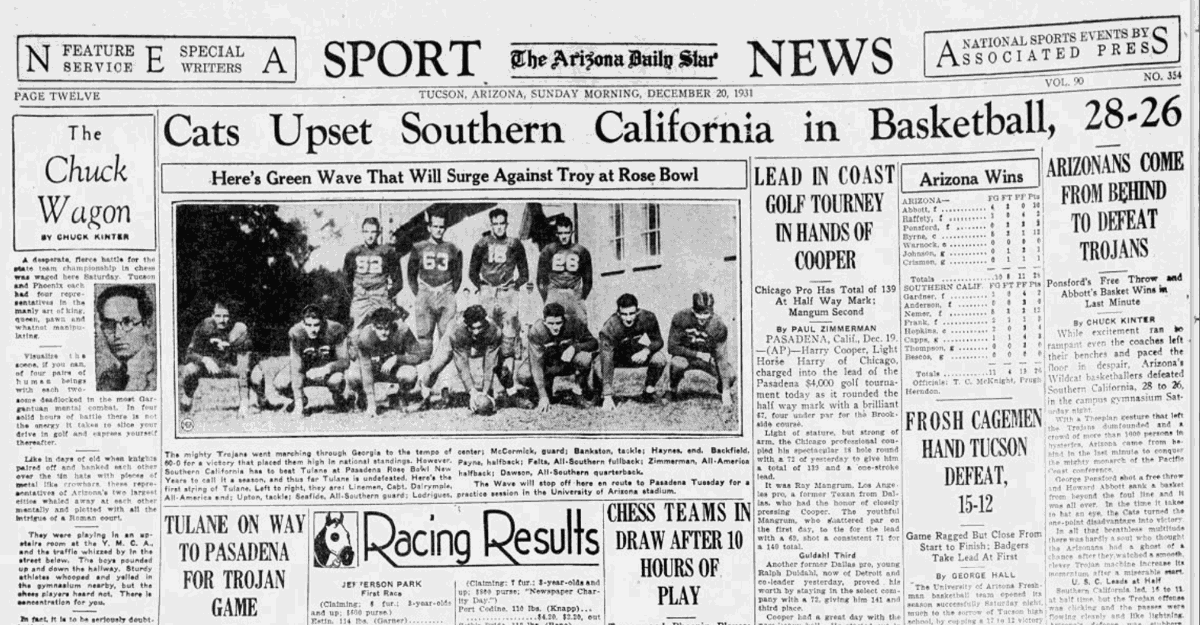