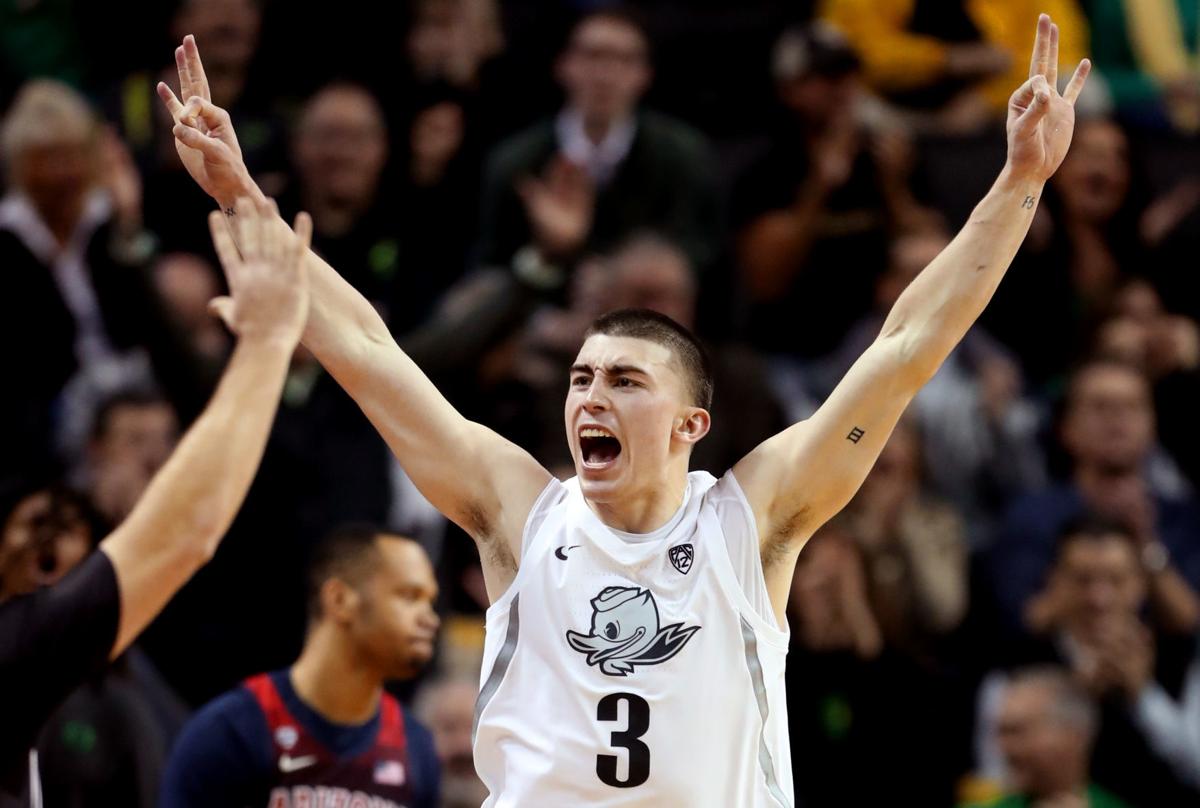 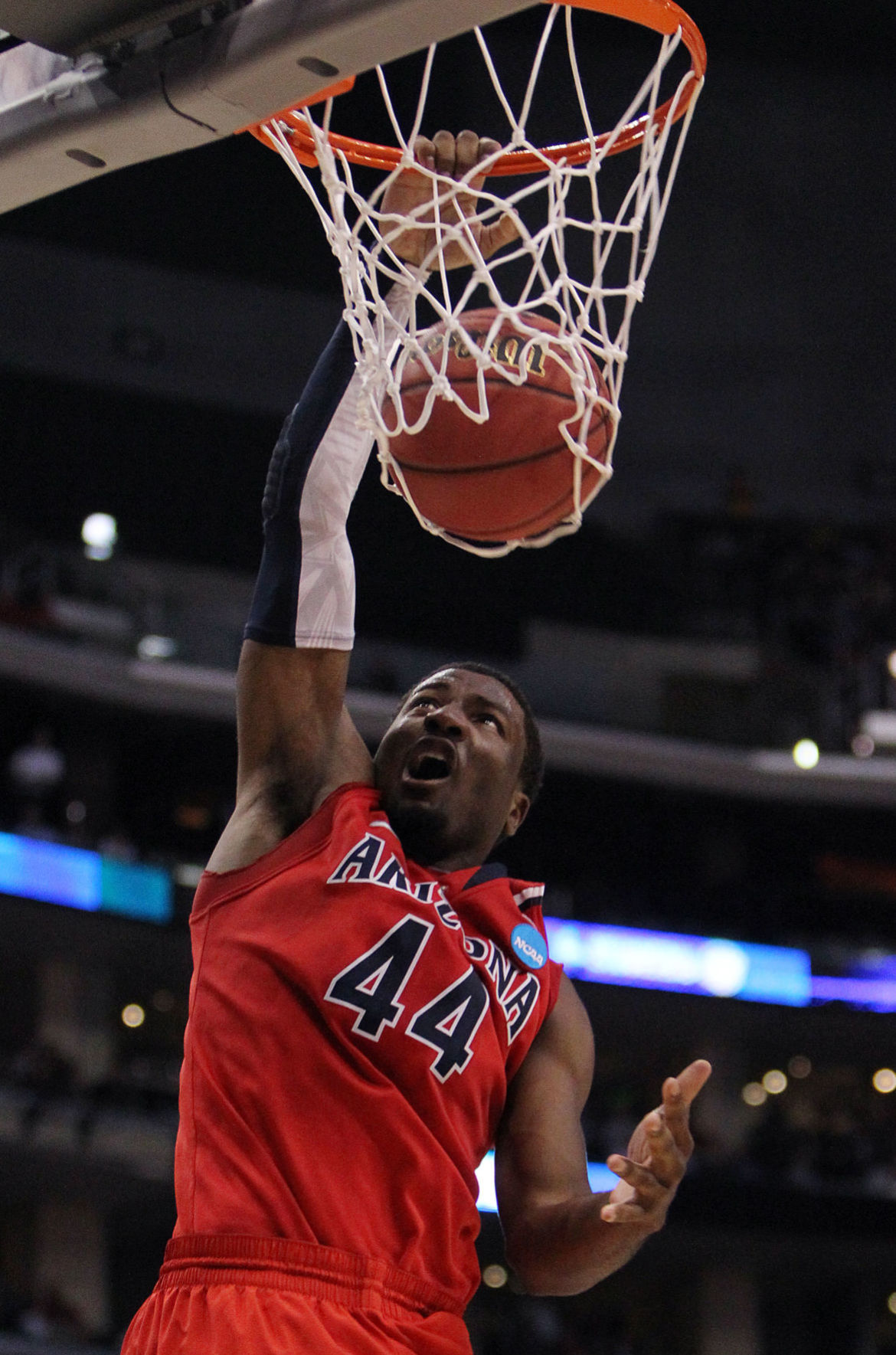 Of the players Arizona coach Sean Miller recruited as freshmen, only Solomon Hill, above, stayed around long enough to be a senior-only all-conference player (2013).

The two most valued assets in college basketball are (1) home-court advantage and (2) a senior like Oregon’s Payton Pritchard or Oregon State’s Tres Tinkle.

They are the two most valuable players in the Pac-12 this season, two difference-makers feared by every coach in the league, two game-changers who were responsible for sweeping Arizona on the Oregon Trail.

If you’ve got a senior like Pritchard or Tinkle, you’ve got a chance every night. The kicker to all of this is that neither Pritchard nor Tinkle project as a first-round NBA draft pick.

They are the kryptonite, party crashers to the one-and-done system operated by Arizona’s Sean Miller.

Arizona’s one-and-done prospects Nico Mannion, Josh Green and Zeke Nnaji have combined to play 1,461 minutes in their college careers. They are beginners. A night at Gill Coliseum comes off as difficult as any basketball game they’ve ever played.

Pritchard has played 4,316 minutes by himself, which includes a Final Four and two Pac-12 championship games. He is not awed by one-and-doners, by McKale Center or by a McDonald’s All-American.

Tinkle has played 3,756 minutes — 2,295 more than Nnaji, Mannion and Green combined. He was so good Sunday against Arizona, scoring 20 points with seven assists, six rebounds and three steals, that you’d think someone in the Pac-12 office has already hired an engraver to put the words TRES TINKLE on the Pac-12 player of the year trophy.

If he doesn’t win it, Pritchard will. No one else is close.

The UA is rarely able to develop game-changing seniors because Arizona’s best players don’t remain in school until they are seniors. A precious exception is former UA point T.J. McConnell, who transferred from Duquesne.

Pritchard, a four-star prospect from Portland, committed to Oregon in August 2015. That’s when Arizona was filling its mega-star class of 2016 with Terrance Ferguson, Kobi Simmons, Lauri Markkanen, Rawle Alkins and Keanu Pinder.

The future had rarely appeared more promising for UA basketball.

It was a class with such star power that Rivals.com ranked it No. 3 in the nation. Alas, the Wildcats got a total of six seasons out of those players; none stayed beyond two years.

Tinkle, a three-star recruit from Montana and the son of Oregon State’s coach, was said to be a ’tweener — a man without a true position, not a skilled outside shooter, not strong enough to play inside, not quick enough to play at a school like UCLA or Gonzaga.

The single greatest decade of any sport at Arizona was men’s basketball in the 1990s. Why did the Wildcats reach two Final Fours, capture a national championship, collect four Pac-10 titles and win more games in a decade than any program since UCLA’s John Wooden?

Because it was blessed with seniors who reached their peak.

Incredibly, nine Arizona seniors of the 1990s made the All-Pac-10 first-team in their senior seasons only:

That’s crazy. Reeves, like Pritchard and Tinkle, was the league’s most feared player as a senior. Simon didn’t make the all-league team until a year after he was the MVP of the Final Four.

Terry was named the national player of the year as a senior, the only season he started full time.

Of the players Miller recruited as freshmen, only Solomon Hill, 2013, stayed around long enough to be a senior-only all-conference player.

At its highest levels, the game has changed dramatically since the ’90s. It has become a haven for one-and-done NBA prospects. But at its core, big-game juniors and seniors remain the heart and soul of the game. The last two national champs, Virginia and Villanova, did not have a freshman among their top four scorers.

Arizona was eliminated from recent NCAA Tournaments by been-here-a-long-time players from Wichita State, Xavier and Buffalo.

That wasn’t anything new. Oregon was in the Elite Eight in 2007 because senior point guard Aaron Brooks became the best player in the Pac-10. Stanford sustained national relevance in the mid 2000s because over four years point guard Chris Hernandez, much like Payton Pritchard today, was often the difference between winning and losing, the most valuable player on the court.

This isn’t a problem created by Miller. He has taken advantage of Arizona’s global recruiting platform to recruit the best of the best. How can you blame him for the pursuit of one-and-done standouts like Mannion, Nnaji and Markkanen instead of targeting Pritchard?

But it’s no mystery that Miller’s best teams of the decade, 2014 and 2015, were led by McConnell, a senior, and Nick Johnson, a fully-mature junior.

This year, there will probably be two seniors on the All-Pac-12 first team: Pritchard and Tinkle.

After Arizona lost in overtime at Oregon, analysts said that the freshman-laden Wildcats will “learn from it and someday be better for it.”

That’s true, but by the time Mannion and Nnaji and Green are able to persevere and finish those sticky late-game situations, they will probably be wearing NBA uniforms.

Of the players Arizona coach Sean Miller recruited as freshmen, only Solomon Hill, above, stayed around long enough to be a senior-only all-conference player (2013).