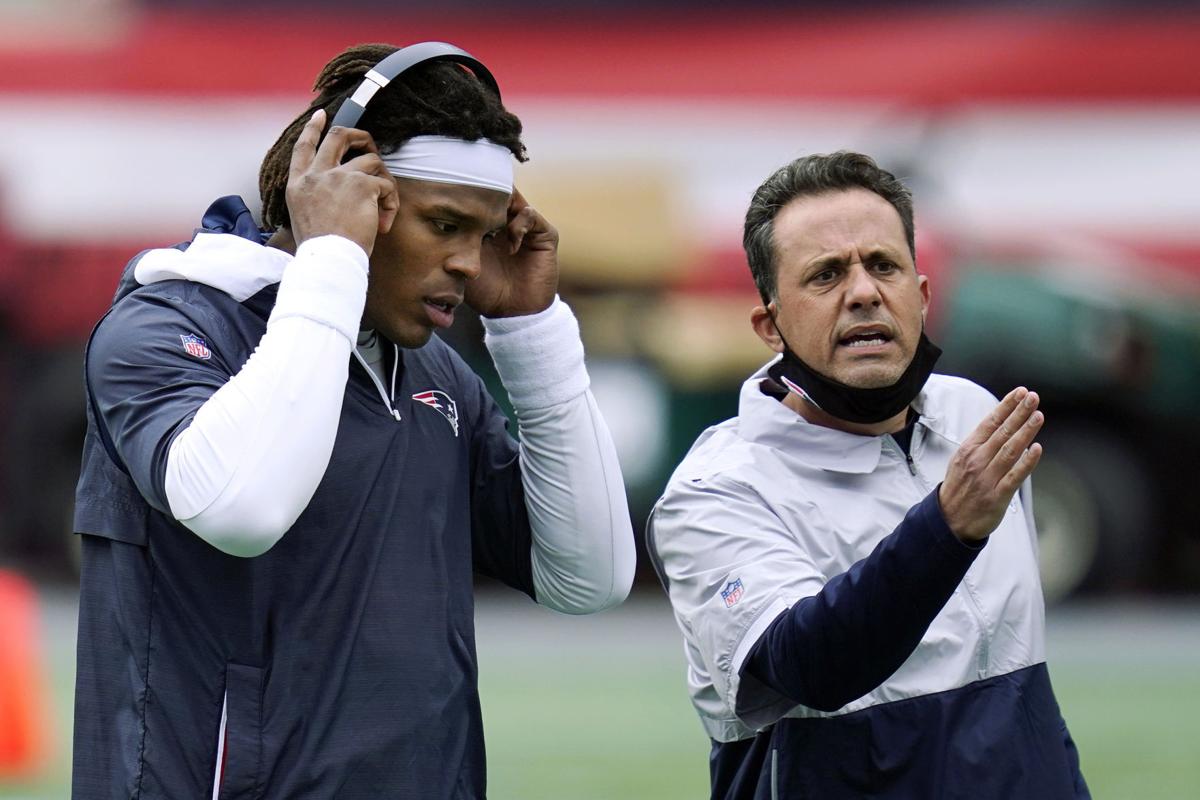 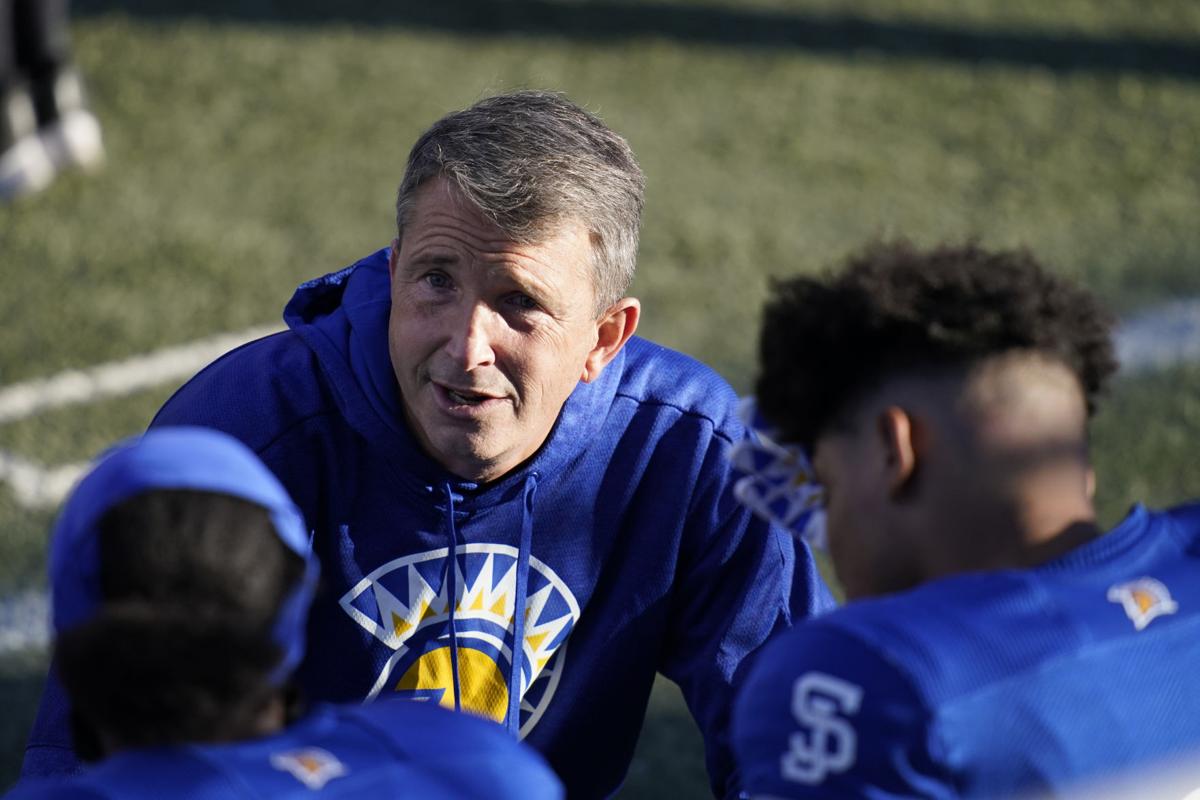 San Jose State’s Brent Brennan turned the Spartans from a 1-11 wreck into an undefeated team that will play in the Arizona Bowl on Thursday. Many UA fans are surprised he wasn’t the pick to replace Kevin Sumlin.

In the spring of 1971, my boss at Utah State called a team meeting and revealed he had resigned. It was the worst news imaginable.

Coach Andersen cried. The players cried. He was a Dick Tomey kind of guy.

He told the team that our assistant coach, Dale Brown, would be the new coach, and it was an immediate source of comfort. Brown, a recruiter extraordinaire, a boyhood rival of Lute Olson in North Dakota, had recruited the Top 25 talent — three NBA players — that an obscure school like Utah State had never imagined.

Except Utah State did not hire Dale Brown.

A few days later, in my job as team manager, Brown asked me to meet him at the student union cafeteria. He sat down and said he would be moving.

It was sadly true. Rupp, then the second biggest name to John Wooden in college basketball, had phoned USU’s athletic director and sold him on hiring UK assistant coach T.L. Plain. The Aggies bought it.

Plain was fired after two seasons. Utah State’s basketball program never again threatened to get to a Final Four and wasn’t ranked in the AP poll again until 2004.

When Lute Olson died in August, I spoke to Brown, who went on to coach LSU to the 1981 and 1986 Final Fours, successfully recruit Shaquille O’Neal and was inducted into the Naismith Basketball Hall of Fame in 2014.

He talked about the “Adolph Rupp phone call.”

Why is this news now? Because in the last week or so, Arizona president Robert Robbins and AD Dave Heeke surely got the “Adolph Rupp phone call” from Bill Belichick or Jim Harbaugh or Pete Carroll or some high and mighty former employer from Jedd Fisch’s past.

Rather than hire the man who seemed more suited for the total reconstruction of Arizona’s football program, San Jose State’s Brent Brennan, the UA was surely influenced by the modern version of the Adolph Rupp phone call.

In 2009, Fisch was unemployed, losing his job when the Denver Broncos fired head coach Mike Shanahan. Fisch had spent a year as the Broncos’ receivers coach.

What happened? Brewster got an “Adolph Rupp phone call.”

“We were having dinner together, and Jedd got a text from Peyton Manning asking him to come to Indianapolis to help coach the Colts,” Brewster told the Minneapolis Star-Tribune.

Fisch signed a two-year contract at Minnesota for $200,000 the first year, with a retention bonus of $125,000 to coach in 2010 with a raise to $325,000. Instead, he resigned to be part of Pete Carroll’s first Seattle Seahawks staff. Fisch stayed in Seattle one season, jumping to be the offensive coordinator of the Miami Hurricanes.

Such has been the story of his football career. UA fans hope that this is a destination, not a brief and unfulfilling stop.

The most oft-told story of Fisch’s 20-year climb is how he diligently sought a student-assistant’s job on Steve Spurrier’s Florida Gators staff, reportedly leaving a note on Spurrier’s car windshield every day for two years.

Spurrier is widely viewed as the godfather to Fisch’s coaching career.

But Fisch’s relentless desire to be a football coach began before he got his foot in Spurrier’s door. While coaching for the Miami Hurricanes in 2012, Fisch told the Miami Herald that his original plan was to coach for Dennis Erickson, a former Hurricanes coach who essentially created a career coaching template that Fisch is following; Erickson jumped from coaching jobs at Idaho, Wyoming, Washington State, Miami, the San Francisco 49ers, Oregon State, the Seattle Seahawks, Arizona State and Idaho (again) in a Hall of Fame career.

“When I was in college, I tried to get jobs from Erickson about 10 times,” he told the Herald.

Either way, Fisch’s persistence should be admired. It paid off. Arizona hired Fisch, not Brennan. No one can be sure how it will work out.

No one knows if a text from Peyton Manning will work out better than a phone call from Adolph Rupp.

When Brennan coaches San Jose State in Thursday’s Arizona Bowl, CBS announcers will remind viewers that the former Tomey assistant coach rebuilt the Spartans from 1-11 to 7-0 and is a finalist for the 2020 Eddie Robinson coach of the year award, sharing prestigious space with Nick Saban and Dabo Swinney.

Brennan’s Spartans play like a bunch of Junkyard Dogs, which is what Arizona desperately needs to duplicate.

If Fisch has time to watch part of the game from his new office at the Lowell-Stevens Football Facility, he might be wise to take notes.

Game day essentials, from projected starting lineups to storylines and series history, ahead of the Arizona Wildcats' game against Washington on New Year's Eve.

Hunley, the UofA's first inductee in the College Football Hall of Fame, is the first official hire made by new head coach Jedd Fisch.

Seen and heard from the 2020 Arizona Bowl.

In total, Jedd Fisch’s new coaches have spent 37 years in the NFL — and he’s not finished. He has yet to announce the acquisition of a defensive coordinator and a special teams coach.

San Jose State’s Brent Brennan turned the Spartans from a 1-11 wreck into an undefeated team that will play in the Arizona Bowl on Thursday. Many UA fans are surprised he wasn’t the pick to replace Kevin Sumlin.