Greg Hansen: As they search for next athletic director, Arizona Wildcats have not-so-secret weapon
Share this
1 of 3 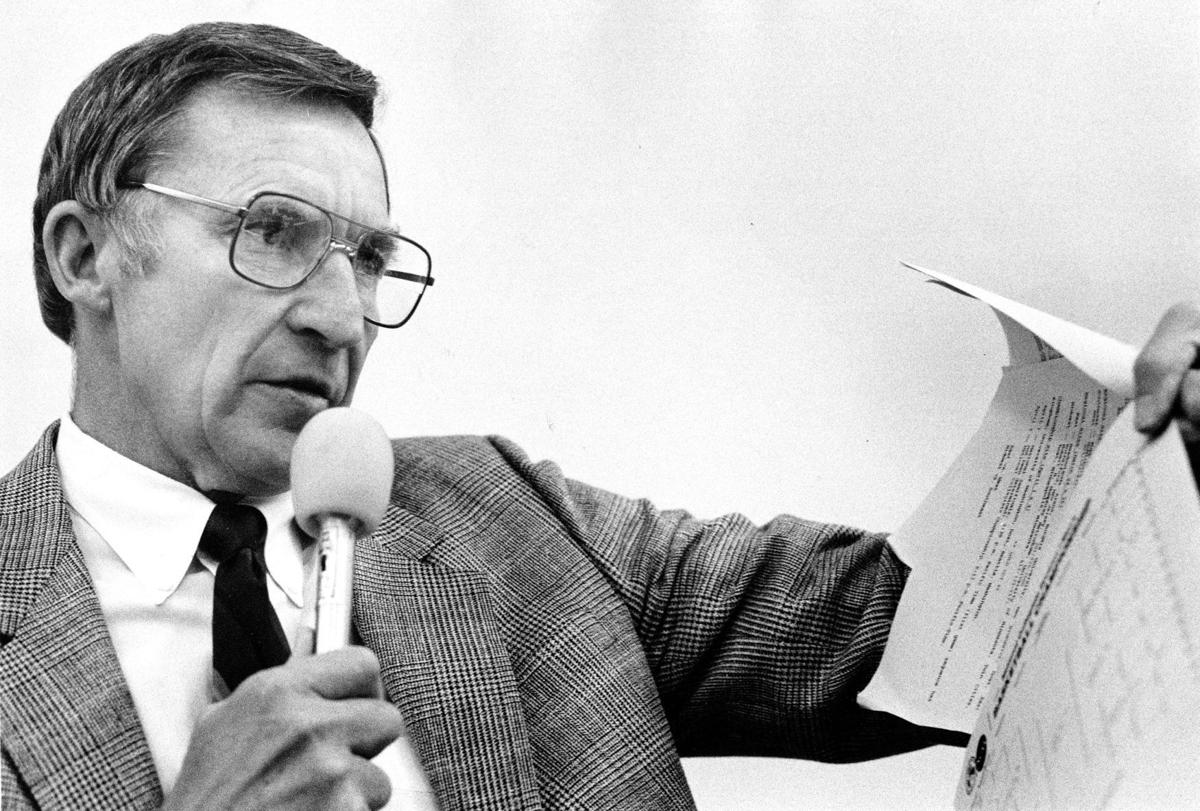 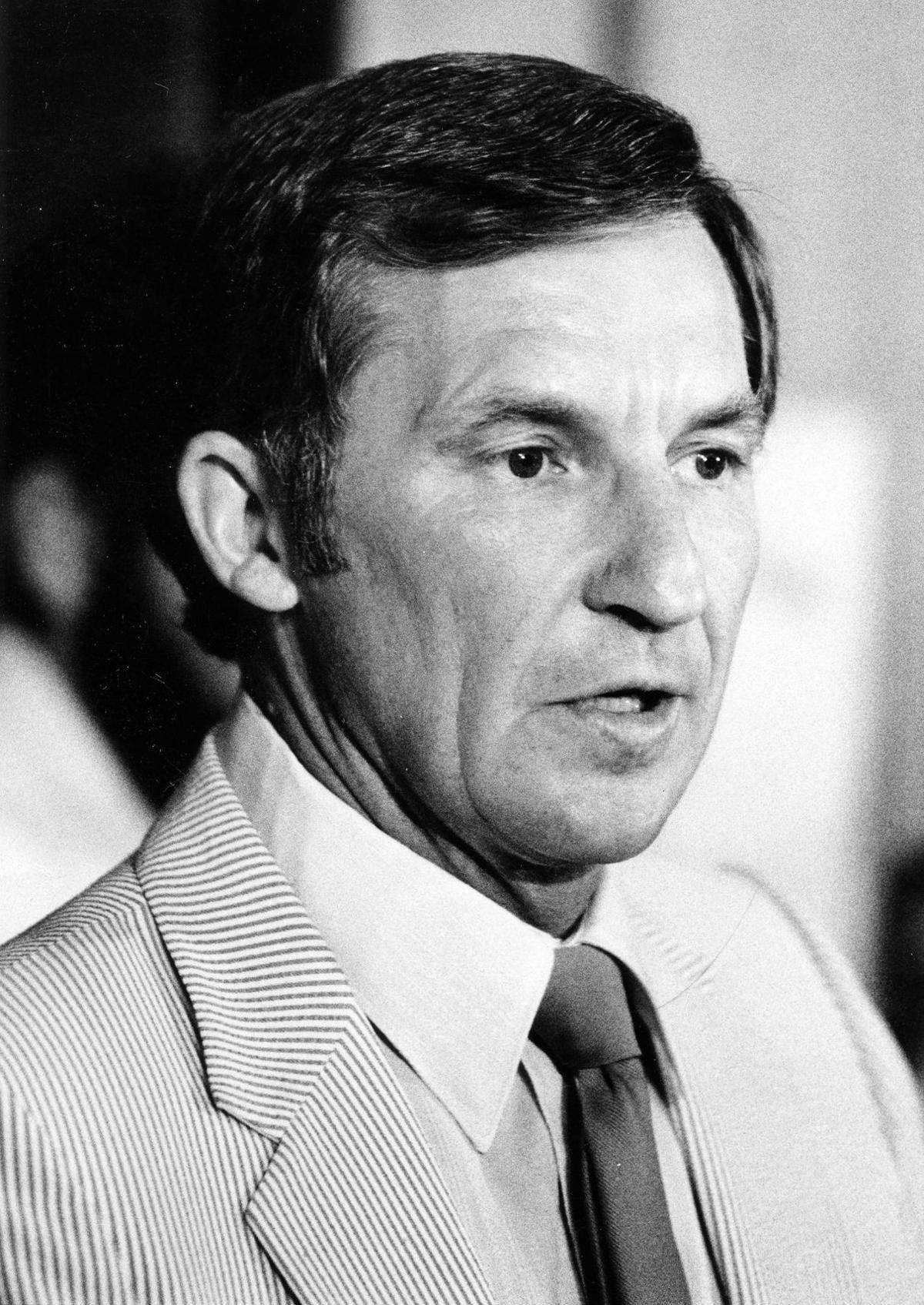 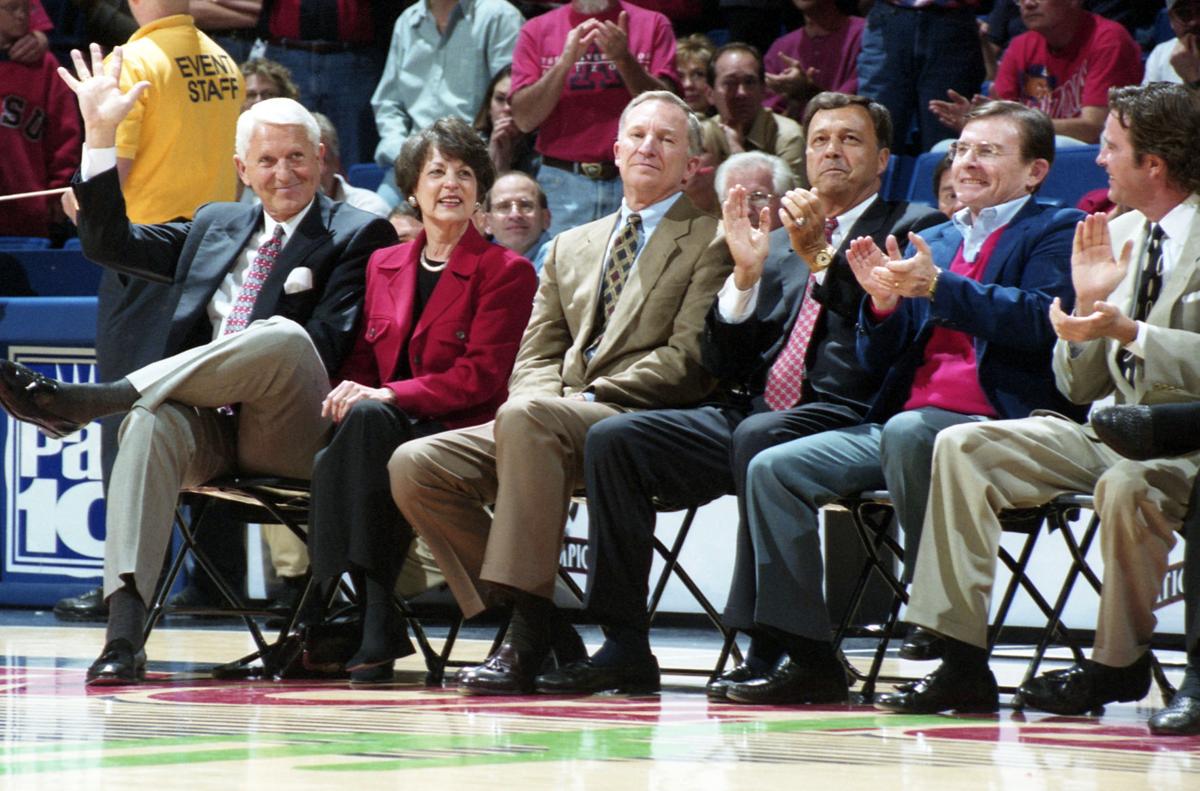 As a high school senior in Equality, Illinois, Cedric Dempsey was an athlete of such skill that Michigan, Minnesota and Michigan State recruited him as a combination power-forward/right-handed pitcher with all the tools.

Instead, he chose to attend Michigan’s small-town Albion College. There, he earned 11 varsity letters, worked the night shift as a janitor and (among other things) delivered mail and washed dishes to pay the bills of a college kid living 500 miles from home.

Is that where he got the ambition to hire Final Four coach Lute Olson away from Iowa in 1983, or to recommend that Arizona hire Mississippi State athletic director Greg Byrne in 2010?

Or did Dempsey develop his intuition when, rather than accept the basketball coaching job at Adrian (Michigan) College in 1956, he thought it more prudent to pursue a doctorate at the University of Illinois?

He could never have been the athletic director at Arizona, or the executive director of the NCAA, without that degree.

Dempsey’s career in college athletics has been one of skillful choices and now, for probably the last time, at 84, he has been asked to identify the next athletic director at Arizona.

Do you think he will settle for anything less than the best? That’s not his way; in December 1986, after Arizona football coach Larry Smith was hired by USC, Dempsey made the most daring maneuver of his career.

He persuaded Ohio State football coach Earle Bruce to fly to Tucson and consider being the next coach at Arizona.

Nobody thought that was possible. Not now. Not ever.

But Dempsey was so persuasive that Bruce agreed to coach the Wildcats, only to change his mind overnight. In almost every other situation, Dempsey got his man (or woman), and there has never been a predictable template.

He hired six-time NCAA Coach of the Year Frank Busch away from a small-scale swimming program in Cincinnati.

Now the question is: Can Dempsey deliver one more time?

Staying relevant in the Pac-12 is more difficult than ever. The chase for talent, facilities, money and exposure has never been more unforgiving.

Arizona has lost considerable ground to its competitors since Dempsey left in December 1993 — the Wildcats were then a superior athletic department to Oregon, ASU, Utah and Washington — and now struggles to maintain the pace.

The wrong hire could put Arizona in a category with Oregon State and Washington State.

The genesis of Dempsey’s influence on UA sports, which dates to 1963, is fascinating.

In the summer of 1982, reeling from an NCAA investigation into its football program, a 9-18 basketball season and $600,000 in debt, Arizona appointed a 15-member search committee to hire an athletic director.

The job paid $60,000, give or take a few thousand; Arizona announced five finalists:

And Dempsey, then the AD at Houston.

It was as if no one outside Tucson wanted the job; you wondered what Dempsey saw that other sitting ADs nationally did not.

This was 15 years after Dempsey left his (1963-67) job as Arizona’s assistant AD/basketball coach, moving to Stockton, California, to become the athletic director at Pacific.

It was a threshold for greatness others did not see.

As Dempsey left town in 1967, Arizona was averaging 2,743 per basketball game at Bear Down Gym. Its most accomplished athlete of the decade was a tennis player, Bill Lenoir. The school’s football team was coming off successive 3-7 seasons and in the middle of a nine-year football losing streak to Arizona State.

In 1982, as in 1967, Arizona was more about potential than greatness. Again, to Tucson’s good fortune, Dempsey saw what others did not.

After a skillful 12 years, in which he engineered Arizona’s rise to national prominence in basketball, football, softball, golf, track, cross country, volleyball and gymnastics, Dempsey left to become executive director of the NCAA.

Along the way, Dempsey has overcome cancer, heart surgeries, the death of his son and, surely, the opinions of those who said he could never get Olson away from Iowa or Byrne out of the SEC.

Dempsey’s first athletic event in Tucson was the annual Varsity vs. Freshman basketball game on Nov. 27, 1963, at Bear Down Gym. His freshman team got clobbered, 72-32.

He has since been on a winning streak to rival the Harlem Globetrotters.

Updated: Check out these 12 possible candidates for Arizona Wildcats AD

Some prospective candidates to replace Greg Byrne as athletic director at the University of Arizona.

Allonzo Trier is back: What's next?

Greg Byrne bids Arizona Wildcats fans farewell with (what else?) a tweet

The UA is "a special place," he writes.