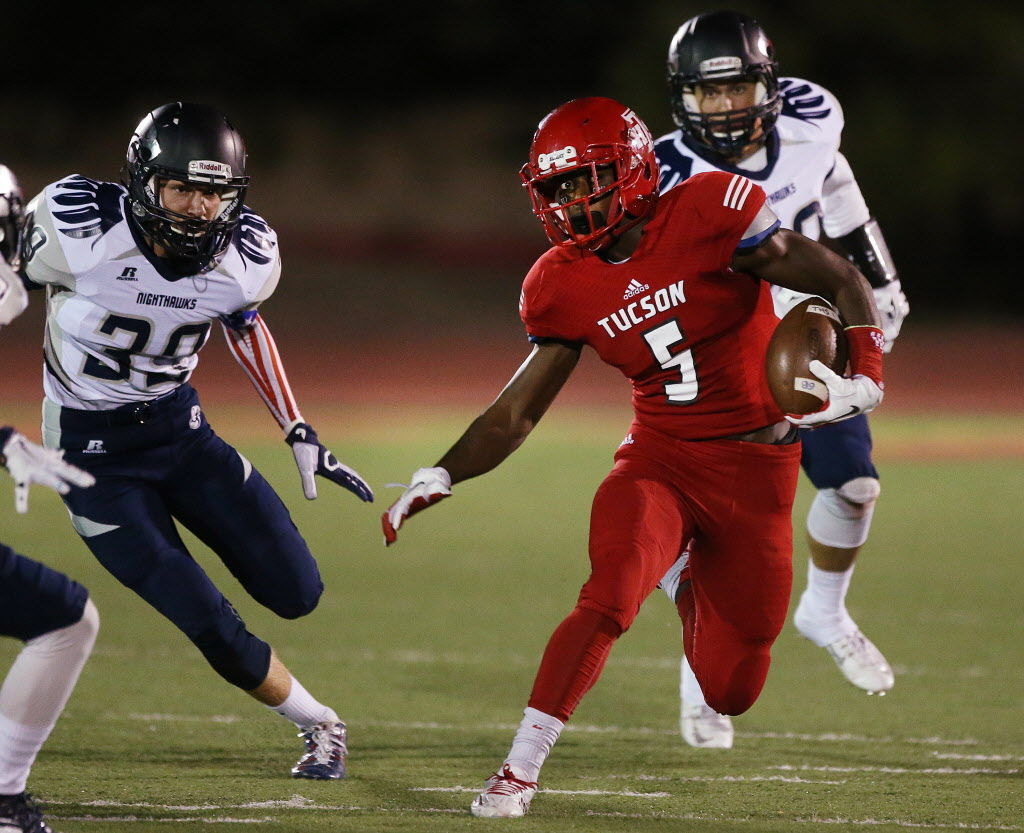 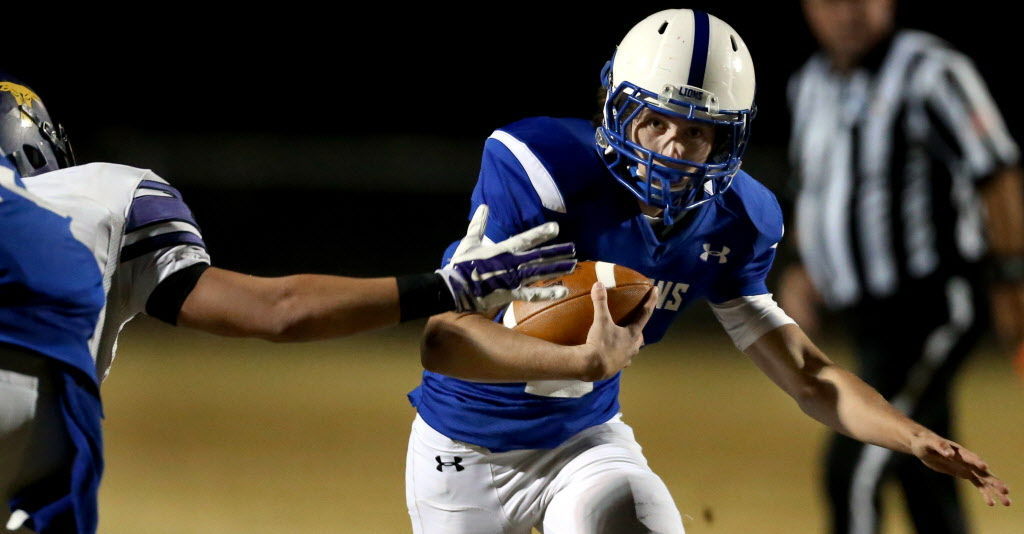 Chuck Cecil is in the college football Hall of Fame. He’s been featured on the cover of Sports Illustrated, played in the NFL Pro Bowl, and ran 106 yards for a touchdown to beat ASU, a play of almost religious proportion at Arizona.

As a football player, Cecil was a bit John Wayne and a bit Clint Eastwood, never backing off, no matter what the odds.

What you might not know is that Cecil was three times an academic All-American, 1985-87. The NCAA used to have an award called the “Top Six,” in which it annually honored the top scholar-athletes in all college sports, men and women.

On Sunday night at the DoubleTree Hotel, Cecil, the original Tough Guy, spoke to a crowd of about 400 people who gathered to honor 10 high school scholar-athletes at the 19th Southern Arizona Chapter of the National Football Foundation and Hall of Fame awards banquet.

Cecil talked about how he weighed 148 pounds when he checked in as a walk-on at Arizona in the fall of 1982. He told a story about how Stanford coach Paul Wiggin told him he wasn’t big enough to play in the Pac-12. He remembered how UCLA assistant coach Homer Smith took one look at Cecil’s 135-pound high school physique and didn’t show up for a scheduled recruiting visit.

Cecil is 51 now, the secondary coach of the Los Angeles Rams. He started to thank his old Arizona coaches, Dick Tomey and Duane Akina, got choked up and sniffed back some tears. So he changed subjects.

He talked about character and about life after football.

“I don’t care how successful you are in football,” he said. “Football ends. I’m living proof that you can be bigger than the numbers on the scale.”

When former WAC Commissioner Joe Kearney, long-time Washington athletic director Mike Lude and Tucson attorney Burt Kinerk worked to establish the Southern Arizona Chapter of the NFF’s Hall of Fame in 1996, Sunday’s program is what they had in mind.

Exactly 200 Southern Arizona high school football players have been awarded scholarship assistance. It has been a colossal success story that never fails to deliver.

This week, for example, former Ironwood Ridge High lineman Daniel Borg, a first-team prep All-American in 2005, will return to Tucson and present UA students a seminar on computer software engineering. Borg, who played for the Wildcats and lives in Seattle, is a software development engineer for Microsoft.

That’s life after football for you.

On Sunday, one by one, 10 of Southern Arizona’s leading high school scholar-athletes put smiles on Chuck Cecil’s face.

Pusch Ridge’s state championship quarterback Cody Cropp, who has a 3.9 GPA, said he’ll enroll at Cal Poly and major in mechanical engineering. “I want to go into vehicle design or build prostheses for veterans,” he said.

Tucson High running back DeAndre Williams, who has a 3.7 GPA, plans to study engineering while playing football at Western New Mexico. “As a man,” he said, “you’re going to go through a lot more important things than football.” Williams has spent time working at a local homeless shelter.

This is what Kearney, Lude and Kinerk had in mind when they established the Southern Arizona Chapter 20 years ago.

“I just get such a kick out of this night,” said Lude, who was also athletic director at Auburn and head football coach at Colorado State. “It strengthens your faith in the young people of America.”

Salpointe Catholic lineman Dylan Eickmeyer attended the banquet in a white dinner jacket and bow tie. He brought his prom date and sheepishly admitted he played the part of an English butler in “Charlie’s Aunt,” a school play.

He spent three months practicing an English accent to properly play the part.

Eickmeyer has volunteered time working for the Casa Maria shelter and Habitat for Humanity. He made the honor roll seven times. Career plans? He will attend the University of Montana and study to become a pharmacist.

David Ogas, a lineman at Morenci High School who began his prep career by playing on a 13-1 team that reached the state championship game, is already making the post-football transition. He is taking law-enforcement technology classes at Eastern Arizona College, and by the time he enrolls in the Naval Academy in the fall, will have completed a year of college classes. Career goal: attorney.

Ogas learned much more than football while in high school. He befriended the team’s manager, Orlando Acuna, who has cerebral palsy.

“Orlando inspired me,” he said. “I wanted to do well so I could honor him and his name.”

Talk about being bigger than the numbers on the scale.

Greg Hansen: While Tucson plays it safe during pandemic, time is ticking away for local athletes

Next Tuesday, TUSD superintendent Gabriel Trijillo is expected to make a recommendation — yes or no — if football can begin in the city’s largest school district. Until then, about 300 young ballplayers can’t be certain if they will suit up this season.

Fifty years ago today — Oct. 2, 1970 — I walked into the student newspaper office at Utah State University expecting to be given media credent…