In the mid-1970s, Dick Tomey was a finalist to become the head football coach at Oregon, UCLA, Cal, Washington State, San Jose State and Pacific.

He was viewed as UCLA’s leading recruiter, a 38-year-old defensive coordinator who had emerged as one of college football’s rising coaching stars. The Bruins were in the middle of a five-year period in which head coaches Pepper Rodgers and Dick Vermeil led the Bruins to a 41-12-4 record.

Oh, and I left one out: In December 1976, Tomey was initially the top candidate to replace Jim Young as Arizona’s head coach. On Dec. 8, 1976, a banner headline in the Tucson Citizen read:

UA Will Name Tomey As Coach — And Soon

The newspaper’s 1976 headline and the term “soon” is open to interpretation. Tomey did become the UA’s head coach in January 1987.

On the day he was introduced in Tucson, Tomey spoke frankly about being bypassed 10 years earlier.

“I’m kinda glad I didn’t get the job in 1977,” he said. “Coaching at Hawaii for 10 years was a real developmental experience for me.”

Tomey, ranked No. 6 on our list of Tucson’s Top 100 Sports Figures of the last 100 years, proved to be the right man for the job, leading the Wildcats for 14 seasons, including the school’s best-ever football decade, the 1990s.

But what is almost mind-boggling is that Arizona pursued five coaches before Tomey, something of a replay of the 1970s when Oregon, UCLA, Cal, Washington State and Pacific told him “no.”

When all declined the chance to succeed Larry Smith, Dempsey even had difficulty convincing Tomey to take the job.

“We almost called off the press conference once,” Dempsey told me. “Dick got wrapped up in thinking about his players (at Hawaii), and it was tough to get past that.”

The first time I interviewed Tomey, he told me that on his return flight to Honolulu he changed his mind several times, going back and forth about coaching at Arizona — even though he had already held a press conference in Tucson and agreed to contract terms.

“It might’ve been the toughest decision I ever made,” he said. “I loved every minute of my 10 years at Hawaii.”

That was the commitment and character exuded by Tomey in his 14 years at Arizona. His working motto “The Team, The Team, The Team” wasn’t just some slick motivational work. That slogan is now on a large billboard at the UA’s practice facility, with a color image of Tomey, a legacy that couldn’t be a more fitting tribute to the former baseball catcher at small DePauw University.

Tomey was so committed to Arizona — as he was at Hawaii — that after the Wildcats rose to national prominence from 1992 to 1994, ranked in the top 10 all three seasons, Oklahoma phoned to ask him to interview for the Sooners’ head coaching job.

It’s not that Tomey was scared off by high-profile names. When he got his first assistant coaching job at a Division I school, coaching for Pepper Rodgers at Kansas from 1967 to 1970, he was part of an all-star cast of assistant coaches, perhaps the top core of soon-to-be-famous assistant coaches on any team, ever.

Tomey was not awed by a stiff challenge. If so, he would never have left UCLA to become Hawaii’s head coach in June of 1977.

Hawaii’s longtime head coach Larry Price quit in May of that year after the state legislature failed to approve a $9.3 million proposal to build a modern football practice facility and increase the school’s by-the-bottom-of-its-pants football budget.

Tomey not only agreed to coach the Rainbow Warriors minus facility upgrades, he coached Hawaii to unprecedented success, going 63-46-3, rising into the Top 20 for the first time in school history with a 9-2 season in 1981.

Four years ago, Tomey wrote a book about his Hawaii years: “Rise of the Rainbow Warriors.” It was a compelling insight to the work it took to turn Hawaii into a competitive football program. After I read it, I asked him if he planned to do a similar book on his years at Arizona.

The potential material was endless, including his recollections of Chuck Cecil, Tedy Bruschi, Chris McAlister, Darryll Lewis, victories over No. 1 Washington, No. 6 Oklahoma, No. 9 Nebraska and No. 10 Miami, and the climb to as high as No. 4 in the AP poll. It would have been a bestseller in Tucson.

Tragically, Tomey was soon diagnosed with lung cancer and died in May 2019.

He was unable to write a book about his remarkable tenure at Arizona, but the legacy he left speaks for itself.

Players and volunteers get ready for Arab Cup

Players and volunteers get ready for Arab Cup

Tommy Lloyd now has a variety of experience and skills on his first Arizona coaching staff.

Four of Arizona's six team captains for the 2021 season are seniors. The other two are redshirt juniors. 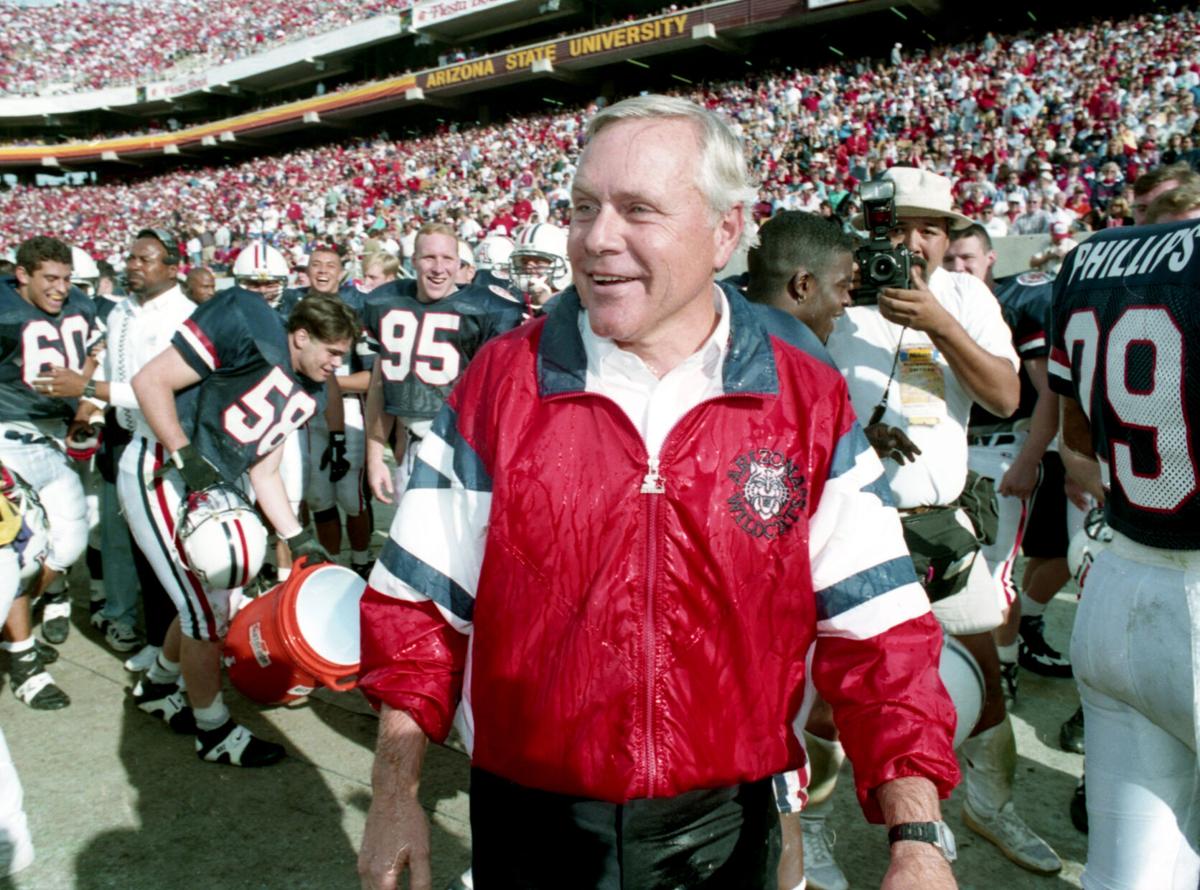 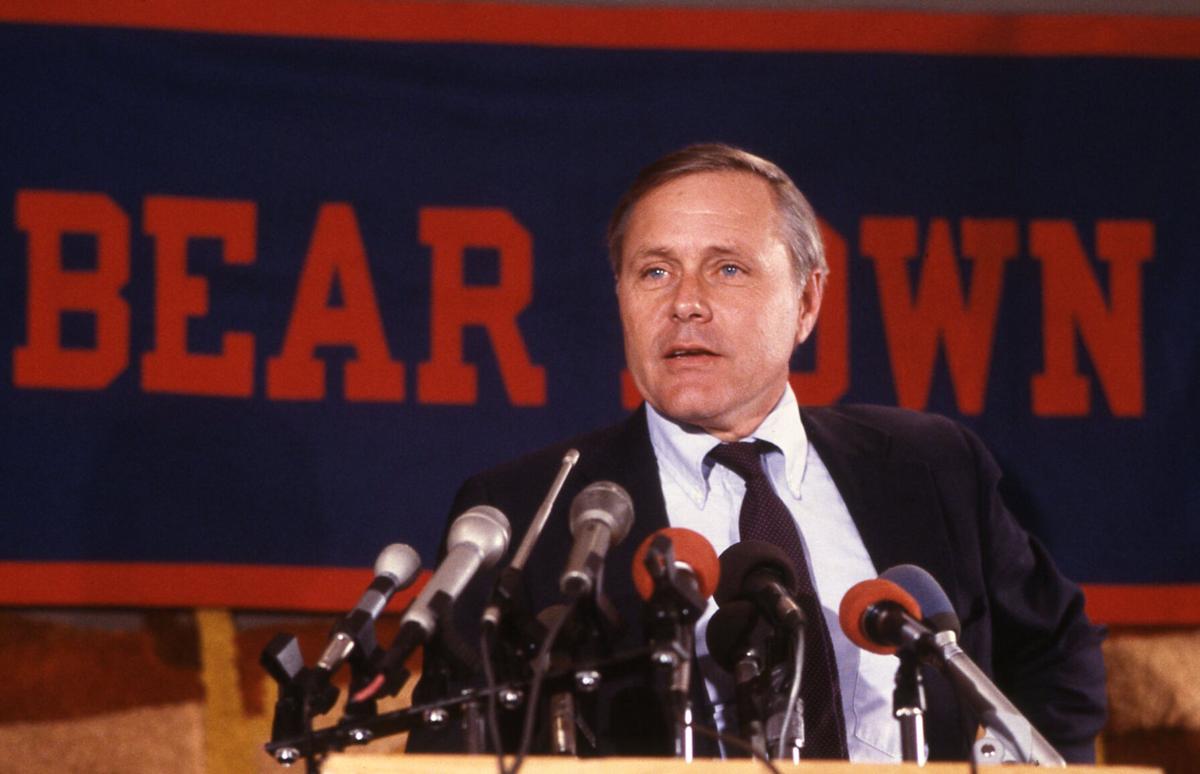 Dick Tomey takes questions at a press conference on Jan. 13, 1987. He nearly backed out of the position following the introduction. 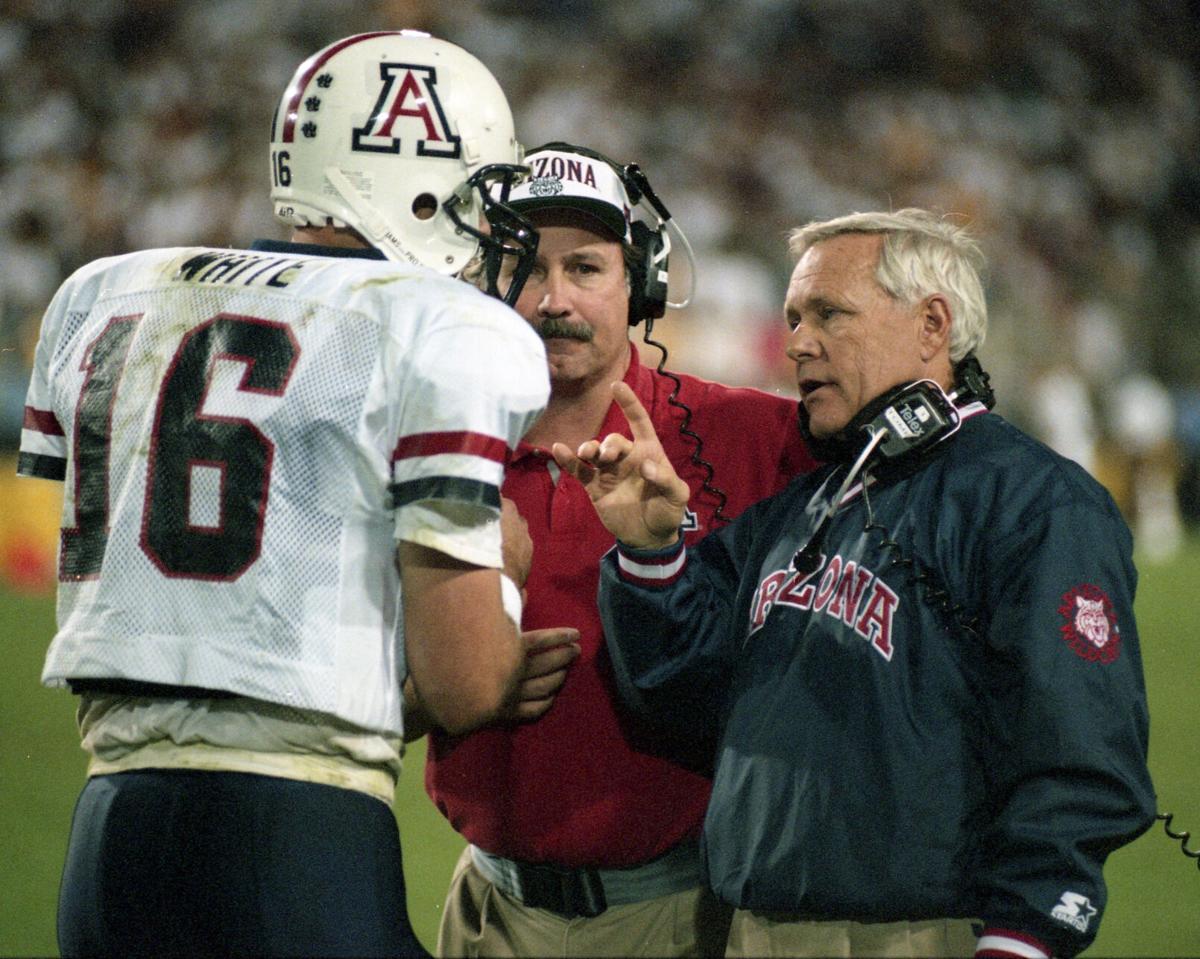 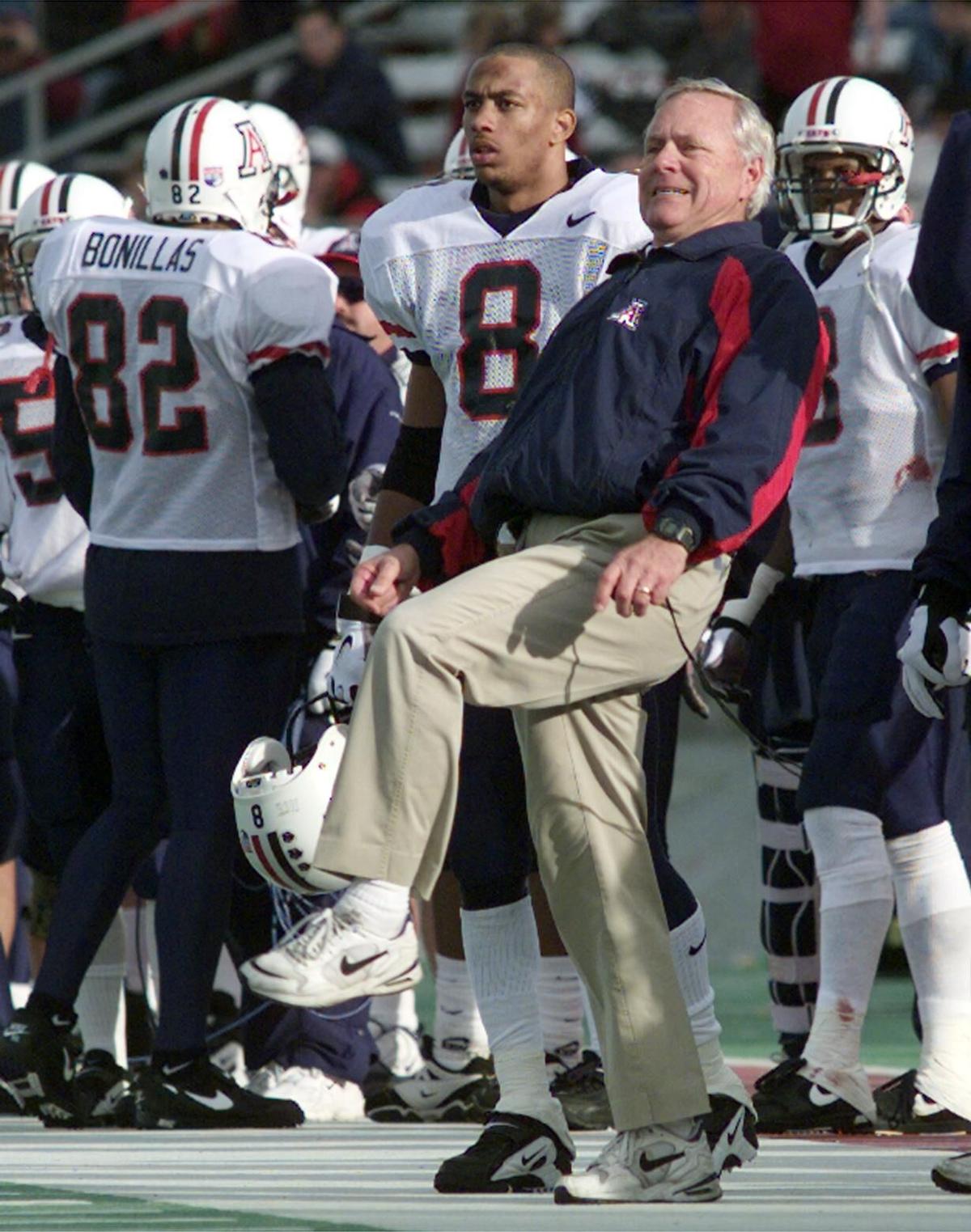 Arizona coach Dick Tomey reacts to a missed field goal in the fourth quarter in a 35-34 overtime loss to Washington State in Pullman in 1997. 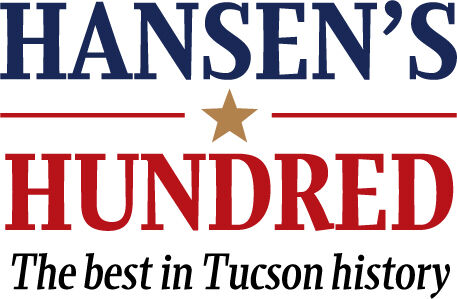