The Star's longtime columnist explains why Doug's D'Amore's father set the stage for his son's success, how Roman Bravo-Young is No. 1 (again) and why Greg Byrne would've been a prudent choice for Pac-12 commissioner.

The odds of a Tucson coach winning a state high school basketball championship is 3%.

Given those odds, it is notable that Catalina Foothills’ Doug D’Amore coached the Falcons to their first-ever state championship last weekend with a 59-45 win over Peoria Centennial in the 5A title game.

But this was one time you could see the 3% coming.

He is 90-18 the last four seasons and 176-42 in eight years. Maybe there was a touch of basketball magic to it: D’Amore was hired by Lute Olson’s daughter, Jodi Brase, the CFHS principal.

After his all-city playing days at Mountain View High School, D’Amore played at Scottsdale Community College and Idaho State, as well as in the EuroLeague. But if anyone in Tucson was ever born to be a coach, it is D’Amore, whose father, lovingly known as “Big Doug,” coached every conceivable level of basketball, baseball and football in the Oro Valley area for a few decades: Little League, rec league, YMCA, church league, summer league.

In 1991, Big Doug D’Amore, who operated a group home and became a surrogate father to scores of young Tucsonans, celebrated the 100th anniversary of James Naismith’s invention of basketball by hanging a peach basket in a pregame ceremony at Sabino High School.

After reflecting on his state championship for a few days, Doug D’Amore said that he is almost the same age his father was when he put up that Naismith-type peach basket.

“I was cutting one down, he was putting one up,” he said.

Sadly, his father, who died of a heart attack in 2017, didn’t get to see his son cut down the net.

After spending all those years helping his dad, Doug D’Amore knew that someday he’d be a coach.

“I definitely knew I wanted to coach one day, but never imagined high school. I always thought college,” he said. “But once I started working with the high school kids, I was hooked.”

“Doug is the best role model I could ever have asked for my son,” said Peabody, head coach of the Pima College men’s basketball team. “It’s cool how things have come full circle. All the D’Amore boys came to my camps.”

Peabody said that watching Foothills win the state championship was “the best basketball day of my life.” That’s not shallow praise; Peabody coached PCC to the NJCAA national championship game in 2018, won two state prep championships and has won 596 games.

Peabody and his son are also part of a special category. They are the only father-son combo in Tucson prep history to win a boys state basketball championship.

COVID-19 issues shut down Foothills’ program for 11 months. The Falcons did not hold their first practice until Jan. 18. But by March 20, they — and their coach — were on top of their game just in time for the biggest game in school history.

What’s next? Bravo-Young, a junior, has one more season of college wrestling after which he would seem to be a strong contender for the 2024 Olympics. What hasn’t been mentioned is that Bravo-Young joined one of the most exclusive groups of sports champions in Tucson history.

Here’s the list of the previous eight NCAA individual champions, all sports, who attended high school in Tucson:

UA senior All-American diver Delaney Schnell, who attended Tucson High, was about as close as you can get to making that list a week ago. Schnell finished second of 76 divers overall in the NCAA finals for platform diving.

A week ago, coach Clancy Shields’ UA men’s tennis team completed one of the most difficult road swings in the history of the school, any sport. The Wildcats, who had climbed to No. 19 in the nation, lost close matches at No. 3 Baylor, No. 7 Texas and No. 28 Oklahoma.

When they returned home Friday they faced 21-time NCAA champion USC. The No. 15 Trojans had a 102-2 career record against Arizona. The only time Wildcat tennis teams had beaten USC were 1981 and 2006.

But in one of the top victories in school history, Arizona beat USC 4-3, getting singles victories from Gustaf Strom, Alejandro Reguant and Carlos Hassey, and a doubles win from the team of Hassey and Reguant.

At noon Sunday, the Wildcats face UCLA, which is 72-1 in a one-sided history of tennis matches against Arizona.

Shields, who was the 2019 Pac-12 Coach of the Year, has become an Adia Barnes-type builder. He was hired by Greg Byrne but awarded a contract extension through 2022 by Dave Heeke. Smart move.

In 1997, Ivory Price led one of Dick McConnell‘s best-ever Sahuaro High School basketball teams to a 28-2 record. He scored 40 points in a state playoff victory against Richard Jefferson’s Moon Valley team. Ivory’s little brother, Kaimarr Price, attended that game. Basketball was in his blood. Fast forward to last week in the Class 6A state championship game: Kaimarr Price, the head coach at Phoenix Mountain Pointe, coached the Pride to the finals, a heartbreaking 63-62 loss to Phoenix Sunnyslope. In two years at MPHS, Price has twice coached the Pride to the 6A championship game. His nephews Aiden and Jayven, Ivory’s son, are both sophomores on the Mountain Pointe team. Ivory Price owns and operates the Desert Foothills Counseling center in Phoenix. ….

At the UA’s NIT golf tournament last weekend at Tucson National, a familiar face shot 71-72-73 for Colorado State. Cullen Plousha is a junior from San Diego who is the son of two former UA athletes of the 1990s: His father, also named Cullen Plousha, was a receiver for Arizona’s “Desert Swarm” football teams of 1992-94, and a starter in the famous 1992 game against No. 1 Miami, an 8-7 loss. Cullen’s mother, Mark Klemm Plousha, was a key part of Arizona’s women’s basketball teams of the early 1990s. The young Plousha comes from good stock: his father was the United States Marine of the Year before enrolling at Arizona to play football. …

ESPN last week ranked its version of the 80 leading defensive players of college football from 2000-20. It listed Arizona linebacker Scooby Wright No. 51 overall, the only ex-Wildcat in its list. I would rank Scooby No. 4 in the Pac-12 over those 20 years, following Oregon defensive lineman Haloti Ngata, USC safety Troy Polamalu and Utah defensive lineman Star Lotulelei. My choice as Arizona’s second-best defensive player in that period, cornerback Antoine Cason, was 55th on ESPN's list. …

(Note: This was updated to reflect ESPN's figures)

Since the pandemic closed down so much social activity a year ago, I was unable to make my anticipated, regular breakfast sessions with former Washington and Auburn athletic director Mike Lude, one of the most accomplished college athletic administrators in Pac-12 history. Finally, after both of us completed the vaccine process, we were able to meet last week. The former head football coach at Colorado State and Kent State, who retired to Tucson about 25 years ago, has lived a remarkable life. He is 98 and could pass for 68. He is a font of insight into college sports. When he was the AD at Kent State in 1975, his football coach, Don James, who would coach Washington to the 1991 national co-championship, walked into Lude’s office and asked what he thought about offering a full-time coaching position to a 24-year-old young man named Nick Saban. Lude said yes. The rest is history.

A season to remember at Mountain View

Wrestling coaches and wrestling teams in a city with a Sunnyside-type dynasty struggle to get recognition, but Mountain View High School head coach P.J. Ponce has more than put the Mountain Lions on the map.

It was the third consecutive year Ponce’s team has finished No. 2 in the state finals. Mountain View won it all in 2017.

“To say that this season was a challenge would be an understatement,” said Ponce. “Not only did the team face many obstacles during this crazy pandemic, but many of us lost family and friends from COVID-19 during the season. We also had many of our key wrestlers opt out and we had two major, season-ending knee injuries. In my 27 years of coaching, this was by far the most challenging.”

Ponce, who was a football teammate of former Arizona All-Pac-10 lineman Warner Smith at San Manuel High School, won two state titles as a San Manuel wrestler. He has now won 345 matches in his time as a coach at Mountain View and Empire high schools. That’s fifth on the all-time Tucson list, behind coaching titans Robert DeBerry and Don Klostreich of Sunnyside, Tim Berrier of Ironwood Ridge and Pueblo and Robert Newman of Marana.

My two cents: Ex-UA AD Greg Byrne would have been prudent pick as Pac-12 commish

Alabama athletic director Greg Byrne withdrew from consideration to be the next Pac-12 commissioner last week. Byrne told an Alabama newspaper that “Birmingham is our home.”

It’s impossible to say if Byrne would’ve been strongly considered as Larry Scott’s replacement, but I strongly believe he would’ve been one of the two or three pursued, in a group with Ohio State AD Gene Smith.

When Jamie Zaninovich resigned as West Coast Conference commissioner in 2014, taking as job as the No. 2 administrator at the Pac-12, I asked Byrne if he had interest in the job. He didn’t.

“I like to have a team to cheer for,” he said. “I like to be part of the student-athlete process every day. If you’re a commissioner you don’t have that special connection with one team, one school. That’s what I enjoy most.”

I think Byrne would’ve been a home-run hire for the Pac-12. He would’ve reestablished a connection to the campuses and changed the big-money, it’s-all-about-me culture created by the windbag Scott and at the same time been able to navigate the financial challenges that await.

Byrne’s legacy from his years at Arizona are three-fold: (1) he got the financial engines running after a 10 or 15-year lull, building the Lowell-Stevens Football Facility and found the UA baseball team a home at Hi Corbett Field; (2) he hired successful coaches Adia Barnes, Laura Ianello and Clancy Shields; (3) he built the $7.5 million Clements Academic Center.

Not all went smoothly in his seven Arizona years. The football, track and swimming programs were in the news for all the wrong reasons. But he left the athletic department in better condition than he found it.

The Arizona Wildcats are going to the Elite Eight for the first time in program history.

Silseth strikes out a career-high 11 batters, Preston Price strands three and Vince Vannelle notches his fourth save in the Wildcats’ 5-4 win.

'I hate that they have to go up against each other': UA assistants dish on Sweet 16 game between USC and Oregon

Oregon famously thrives on mismatches, while the Trojans have talented post brothers Evan and Isaiah Mobley popping out for 3-pointers or creating havoc inside at will. 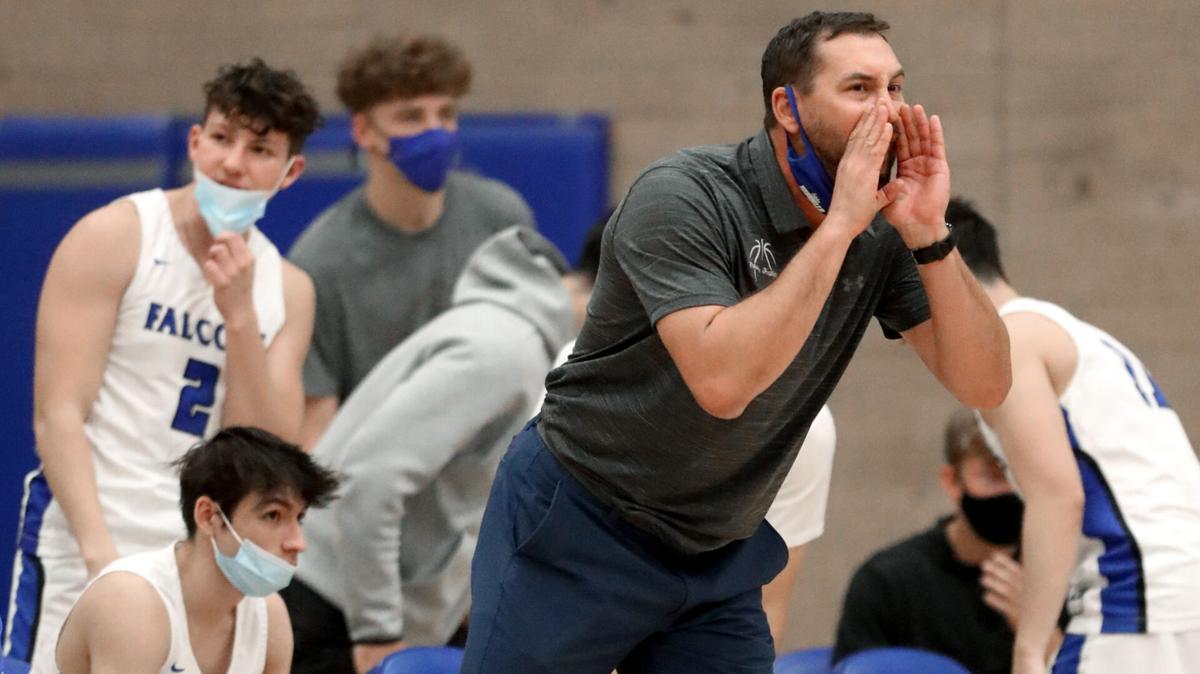 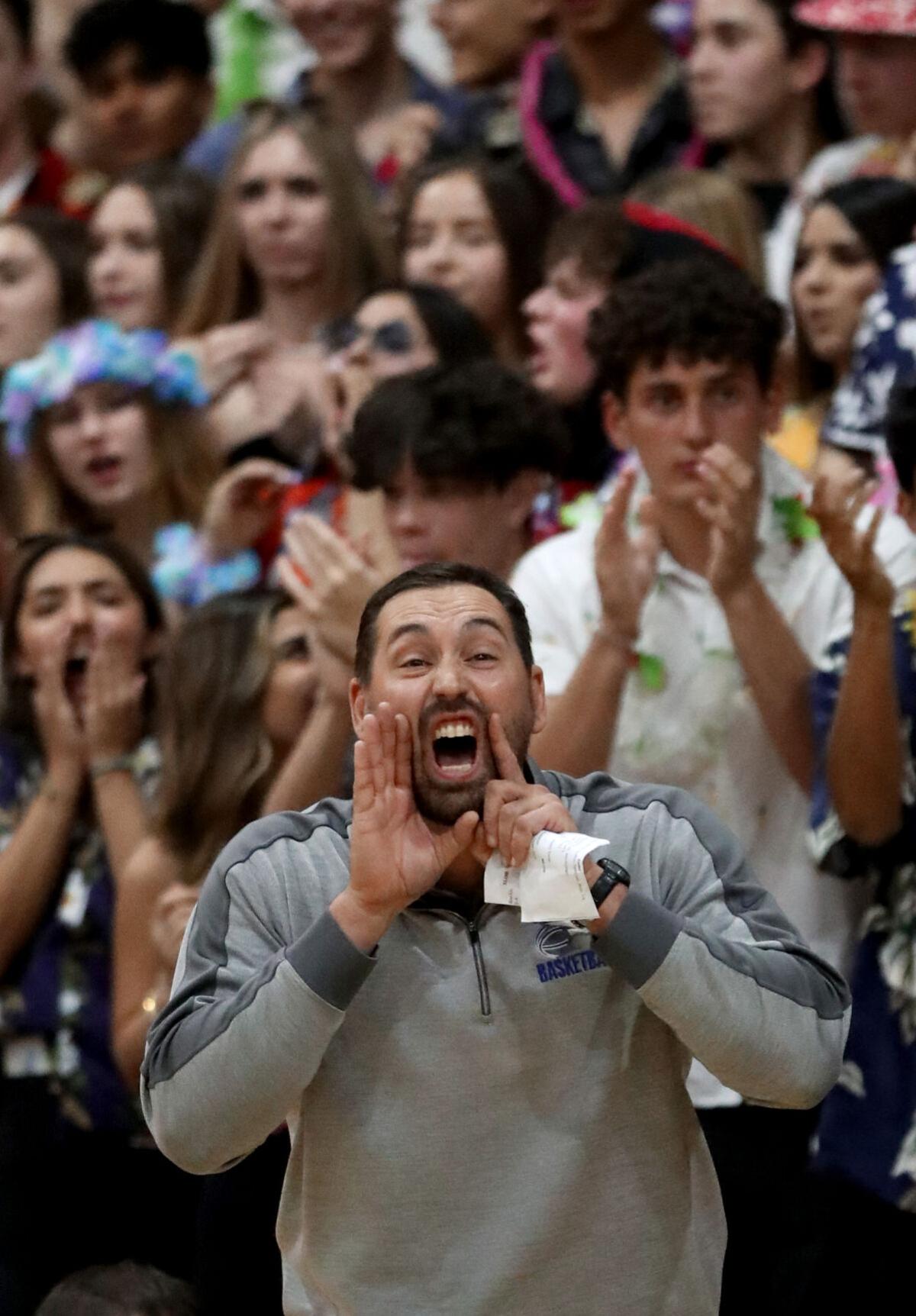 Catalina Foothills' head coach Doug D'Amore tries to be heard over the din of the standing room only crowd in their state 4A semifinal at Salpiointe High School, February 25, 2020 Tucson, Ariz. 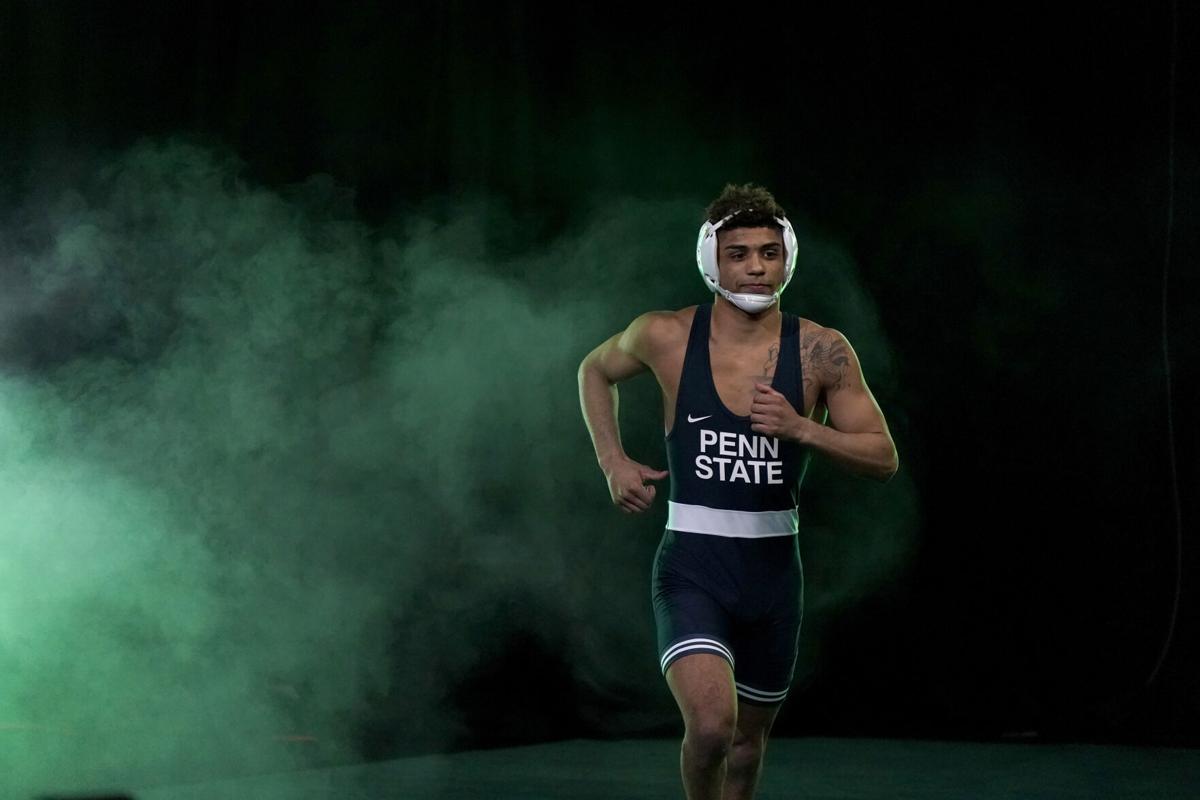 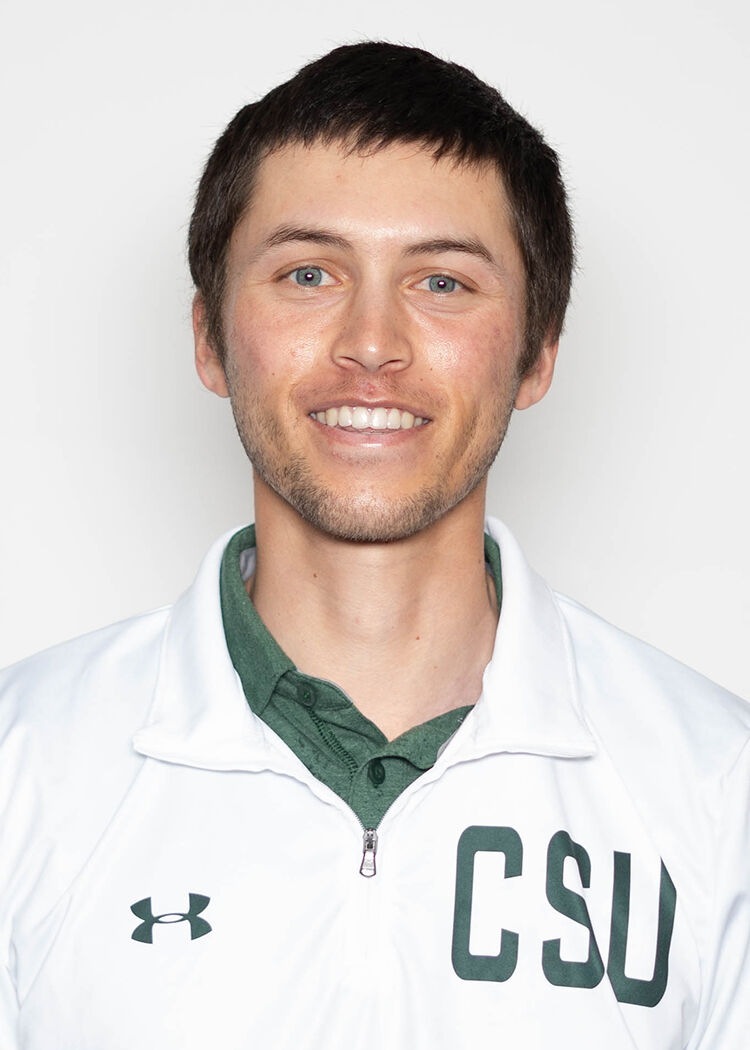 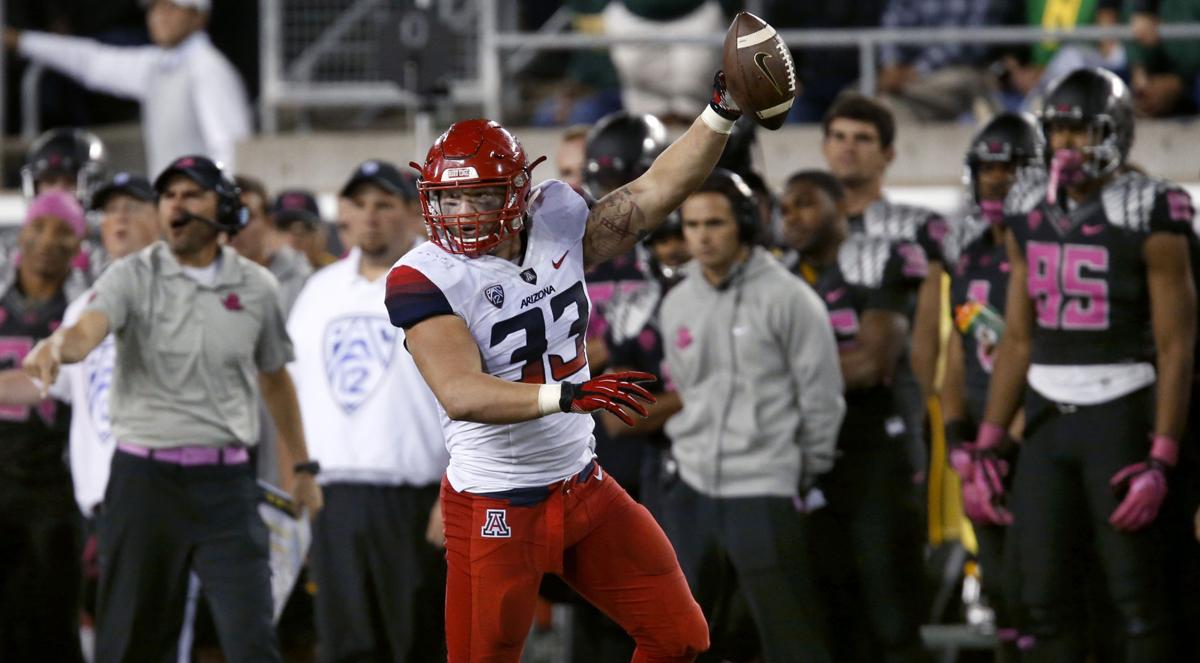 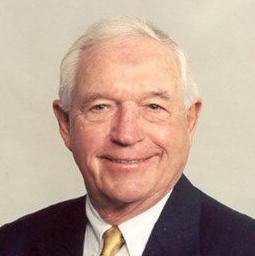 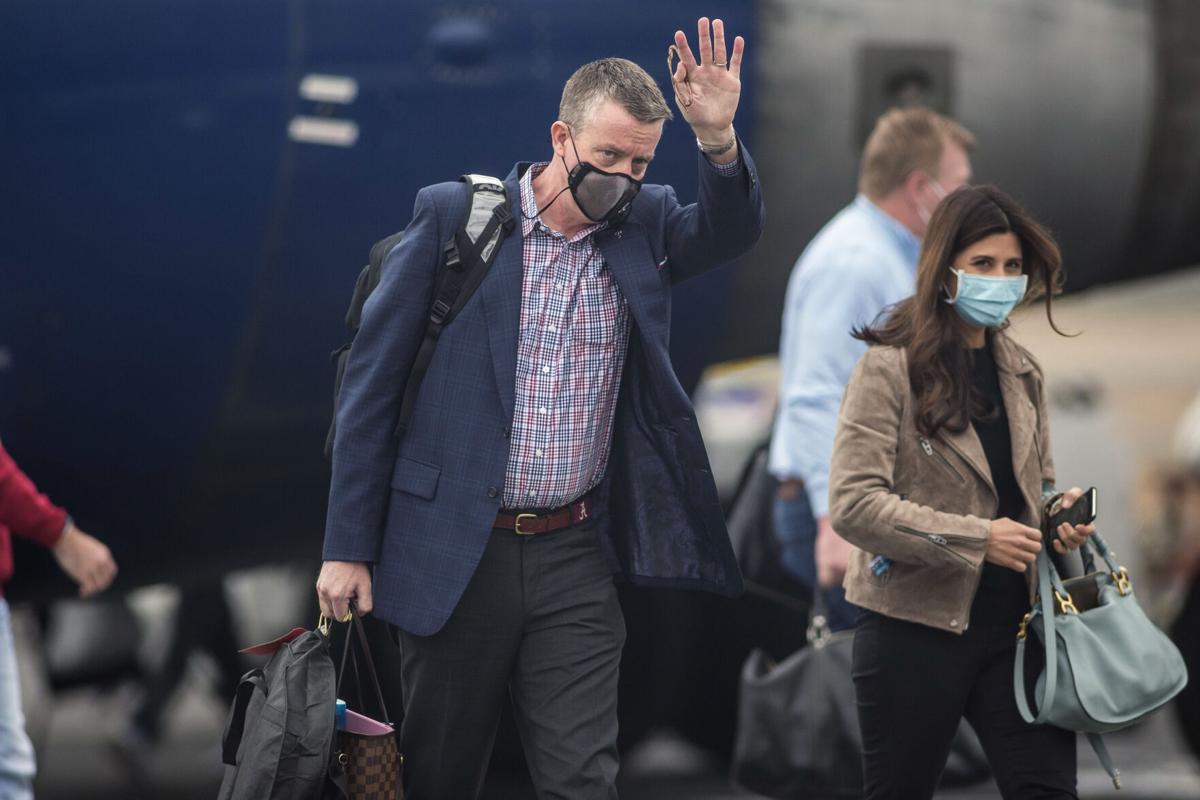 Alabama director of athletics Greg Byrne waves to fans after he deplanes as the University of Alabama football team arrives home at the Tuscaloosa National Airport after winning the 2021 College Football Playoff national championship. 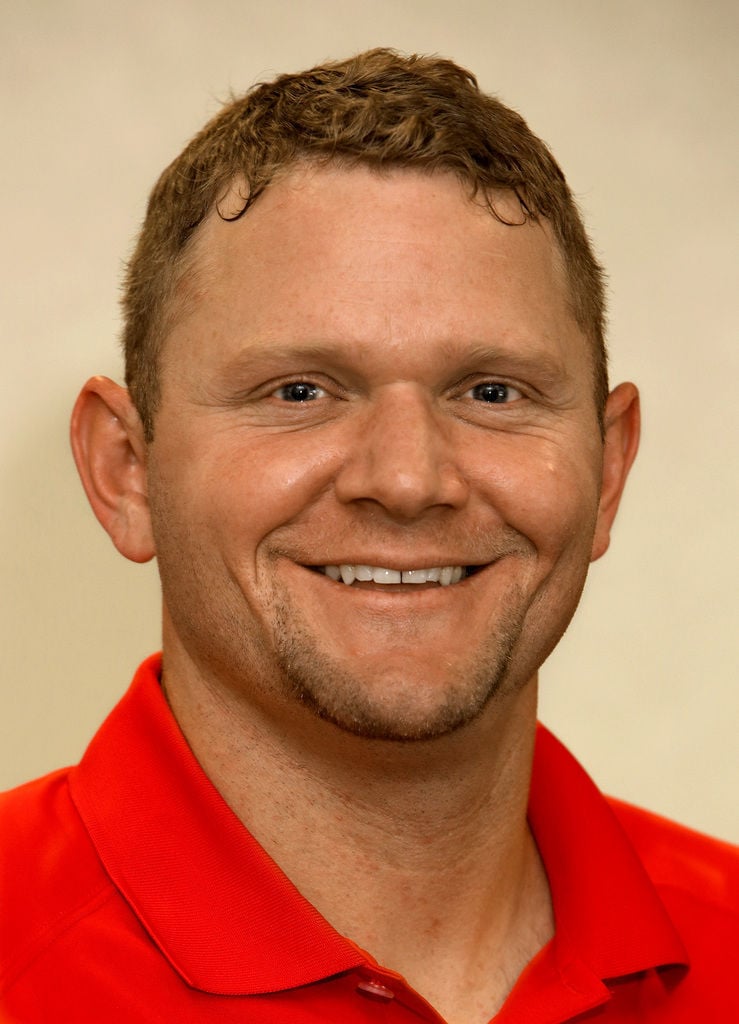