Here’s what it’s like to be an underdog: As a 27-year-old rookie head coach, Brian Peabody coached Class 1A Green Fields Country Day School to the 1991 state championship game.

The Griffins wore patched up uniforms from previous Green Fields teams; some of the colors didn’t fully match. Beyond that, when Peabody’s young team, led by 5-foot-8-inch Ethiopian point guard Sof Astatke, prepared to play undefeated and 24-0 Seligman High School, they felt they were at a disadvantage by not having a cheerleadering squad.

So on that afternoon at Tempe High School, Peabody worked a deal to “borrow” St. David High School’s cheerleaders for the game; St. David had been eliminated earlier.

It was almost 10 years to the day that Peabody, the sixth man on coach Dick McConnell’s powerhouse 1981 Sahuaro High School team, felt the pain of losing to 27-0 Phoenix East High School in the state semifinals.

That might’ve been a career-high for a lot of coaches. The pursuit of championships is sometimes a futile exercise, and few know that more than Peabody.

After leaving Green Fields, he coached Salpointe Catholic to 1997 and 1999 state title games, losing both in heart-breaking finishes. Finally, in 2008, Peabody coached Ironwood Ridge to the state championship.

Yet the coaching challenge of his career awaited.

In the spring of 2013, Peabody agreed to be the head coach at Pima College. Many — most? — coaches would’ve turned and ran from the type of reconstruction job that awaited Peabody. The Aztecs had gone 1-21 in the brutally difficult ACCAC and only offered part-time pay to its basketball coach.

In an Adia Barnes-type building job, Peabody coached the Aztecs to successive records of 15-16, 18-13, 17-14 and 22-13. His fourth PCC team finished seventh in the NJCAA championship tournament. The celebration didn’t last long: all five starters from that team graduated.

No one would have guessed that Peabody and the Aztecs were 12 months away from the single greatest men’s basketball season since the school opened in 1972.

In the 2017-18 season, Pima College went 31-5 and reached the NJCAA championship game. The Aztecs led the nation by averaging 102 points per game and did so by using four Tucsonans extensively in one of the most compelling basketball seasons in city history.

Pima won the ACCAC with an 18-4 record and beat established power Phoenix College for a berth in the NJCAA Division II tournament. The Aztecs had gone 13-1 against Division I schools, which is remarkable. Pima is a Division II NJCAA school, meaning it doesn’t supply its student-athletes with housing and monthly cost-of-living payments.

Ranked No. 2 entering the NJCAA tournament, Pima rolled. It routed College of Southern Maryland 108-84 in the opener, overpowered Delta College of Michigan 102-94, and qualified for the championship game by beating Highland College of Kansas, 103-88.

The Aztecs lost the title game to No. 1 Triton College of Illinois, 89-85,

“We got everything out of our kids,” said Peabody. “It was such a great season that I think we all walked away with our heads high.”

It wasn’t a fluke; a year later, Pima won 29 games and finished No. 5 nationally.

Peabody has been so successful that a few years ago Pima College began to pay its basketball coach a full-time salary for the first time ever. Talk about well-deserved. Peabody’s career head-coaching record is 620-115 over 30 seasons. He was inducted into the Pima County Sports Hall of Fame in 2017.

“I love my situation,” he told me recently. “I love what I do. I love the challenge of it all. I love to compete with the big boys. It’s fun to me. People ask me if I’m applying for another job? The answer is ‘no.’”

De Laura spent the offseason building up his body and mastering the playbook; plus: the Wildcats’ new practice field and tidbits from practice No. 1. 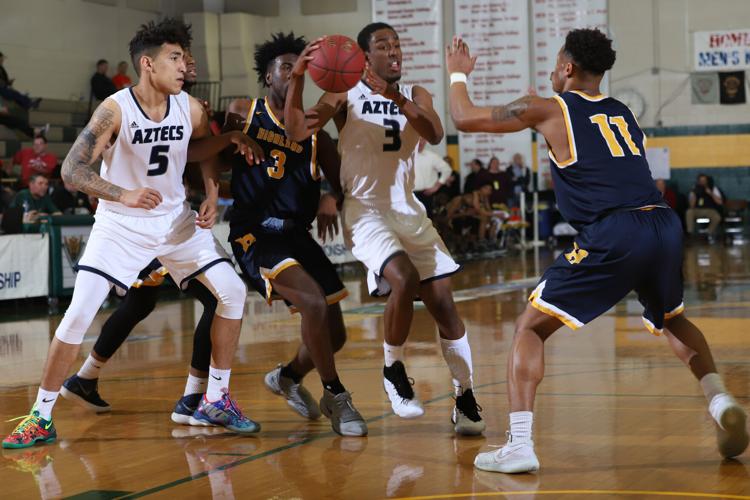 Keven Biggs of Pima College slices through the Highland defense during the 2018 NJCAA Division II basketball semifinals. Pima made the national championship game. 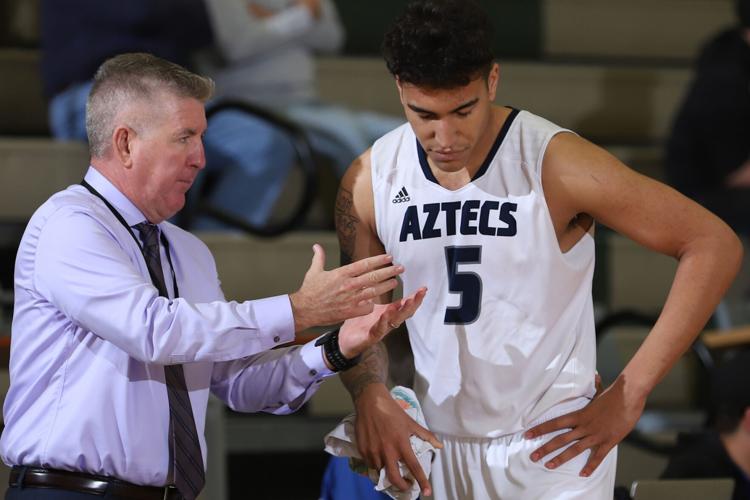 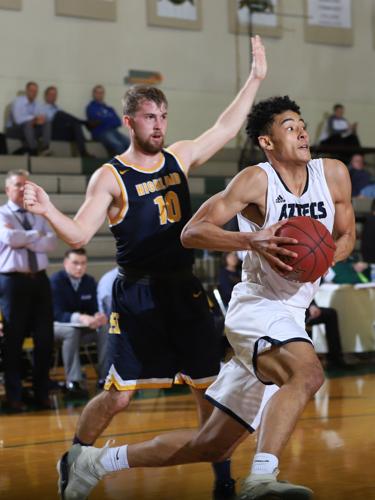 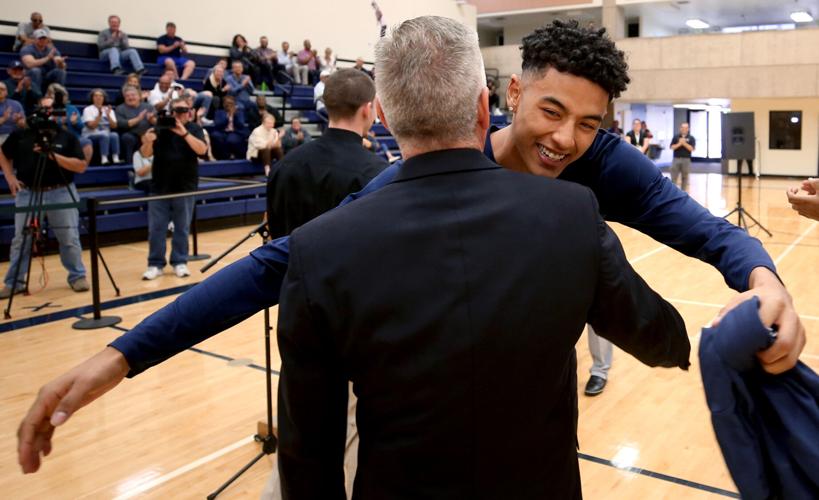 Isaiah Murphy gives coach Brian Peabody a hug at the team’s end-of-the-season rally in 2018. The Aztecs finished as the NJCAA Division II runners-up. 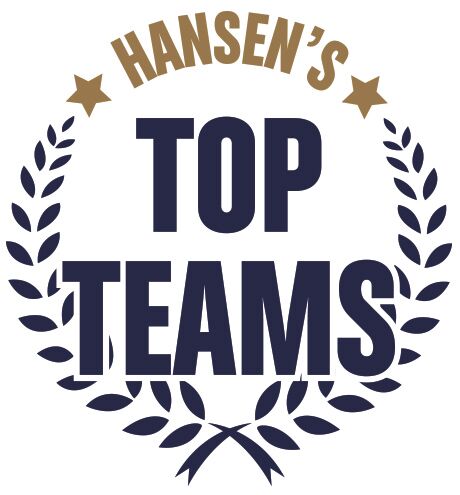