'Mr. Football' on Stanford's empty stadium, the Cats and Cardinal's shared DNA — and a score prediction
Share this

Dear Mr. Football: What’s the smallest crowd ever to attend a conference game in Pac-10/12 football?

Not only was the weather miserable, so were the Beavers, mercifully near the end of a three-year period of 1-10, 0-11 and 1-10 seasons.

I bring this to your attention because last week’s UCLA-Stanford game at Stanford Stadium had a listed attendance as 31,464. It was more like 10,000. It was probably the second-smallest crowd in 41 years of Pac-10/12 football.

A dreaded Thursday night game, on ESPN, simultaneously featured the worst Stanford team since its 1-11 club of 2006 and UCLA’s most beatable team since a 3-7-1 finish in 1989. Stanford Stadium seats 50,254 and if there were more than 10,000 fans they were dressed as ghosts.

ESPN’s announcers did not talk about the small crowd. Why inform viewers of the lack of interest? Cameras did not show a panoramic view of the near-empty stadium. But whenever there was a punt or kickoff, when cameras followed the arc of the ball, you could see — stunningly — about 40,000 empty seats.

Stanford isn’t the only Pac-12 school to pad its attendance figures. The Wall Street Journal recently researched and obtained college football attendance figures, showing the difference between tickets scanned at the ballpark and those purchased. Cal, for example, sold 219,290 tickets in 2017 but only 136,954 arrived at the game as per computer records. Oregon State sold 208,524 at Reser Stadium but only 139,223 went through the turnstiles.

Dear Mr. Football: What does that mean for Saturday’s Arizona-Stanford game?

A: If it were not Homecoming at Stanford, it would be difficult to imagine even 20,000 scanning tickets at Stanford Stadium. The Cardinal currently rank No. 10 in Pac-12 attendance at 35,279 per game despite an attractive list of opponents including Oregon and Washington.

In my research, the smallest league-game crowds in Pac-10/12 history are these:

Dear Mr. Football: Do Stanford and Arizona have anything in common besides being Pac-12 partners?

That’s got to be some kind of a record.

A: The odds of Tate carrying the ball 71 more times in his career — he sits at 329 rushing attempts — is almost unreachable. That would be roughly 14 rushes per game. Over the last two seasons he has averaged eight carries per game.

Dear Mr. Football: Why hasn’t Arizona been able to beat Stanford for 10 years?

A: In this decade, Stanford has occupied 43 spots on the All-Pac-12 first team. Arizona? Six.

It comes down to recruiting. No wonder the Cardinal has gone 5-0 against Arizona, winning by a combined score of 222-110.

Here’s a hint at how well Stanford has recruited: It even outrecruited Kevin Sumlin during his power days at Texas A&M.

Stanford five-star offensive lineman Walter Little — he is injured and won’t play against Arizona — is from Houston. He was ranked the No. 2 offensive lineman in high school football. Sumlin recruited him aggressively.

A: In the what-have-you-done-for-me-lately world of college football, Stanford’s Shaw probably has dipped a bit, behind Utah’s Kyle Whittingham, but Shaw is certainly the Coach of the Decade.

Does Shaw look/sound familiar to you?

He was a receiver for Stanford from 1991-94, when he went 0-4 against Arizona’s “Desert Swarm” defenses. Shaw caught eight passes for 51 yards in those games. He was also part of Stanford’s 1993-94 basketball team, a last-man-on-the-bench guy who suffered through 89-72 and 77-60 losses to Arizona’s Final Four team.

That made Shaw 0-6 against Arizona in his playing days. He is 5-0 against the Wildcats as a head football coach.

Dear Mr. Football: Are Stanford and Arizona really in the same league?

A: Before the two schools were bunched in the Pac-10 in 1978, they had never played one another in football. They had met in basketball just 11 times in the 73 years of UA basketball and had played just six baseball games against one another.

Even now, after being Pac-12 partners for 41 years, the Wildcats and Cardinal have different paths.

Stanford has 14 sports that Arizona does not offer, including fencing, sailing, squash — yes, squash — rowing and field hockey.

The Stanford athletic department almost doubles that of Arizona: its staff directory lists 402 full-time employees to Arizona’s 274. It takes a ton of work — Stanford has 27 full-time employees just for facilities/events operations, compared to the UA’s 10 — to staff that many varsity sports.

But in football, the schools have been comparable over those 41 years. Stanford has won 16, Arizona 14. On Saturday, that margin is likely to grow.

Tucson High, UA grad will be honored at Sunday's luncheon at the DoubleTree Hotel.

UA's quarterback has rushed for a combined minus-32 yards over past three weeks.

Dalbec will play for Team USA as it takes on the UA at 6 p.m.

Stanford linebacker Casey Toohill wants to play in the NFL, health risks and all

Why? "Resilience, teamwork, response to adversity — there’s no other sport that teaches it better," he says.

Saturday's storylines include a tough Tilford, Casteel's comeback and a lifted Brown-out

Five storylines to watch as the Arizona Wildcats prepare for Saturday afternoon's game at Stanford. The Wildcats and Cardinal kick off at 12:30 p.m. in a game that will be shown on Pac-12 Arizona.

Can Arizona Wildcats QB Khalil Tate make one last escape, or is the end unavoidable?

The rapid rise of the dual-threat quarterback could be followed by a sudden fall if Tate can’t recapture his form at Stanford.

Mountain View senior Varney Larson snatched the tipped pass out of the air.

What to watch for when the Arizona Wildcats visit Stanford at 12:30 p.m. today

Three things to keep an eye on when the Cats face the Cardinal at Stanford Stadium. 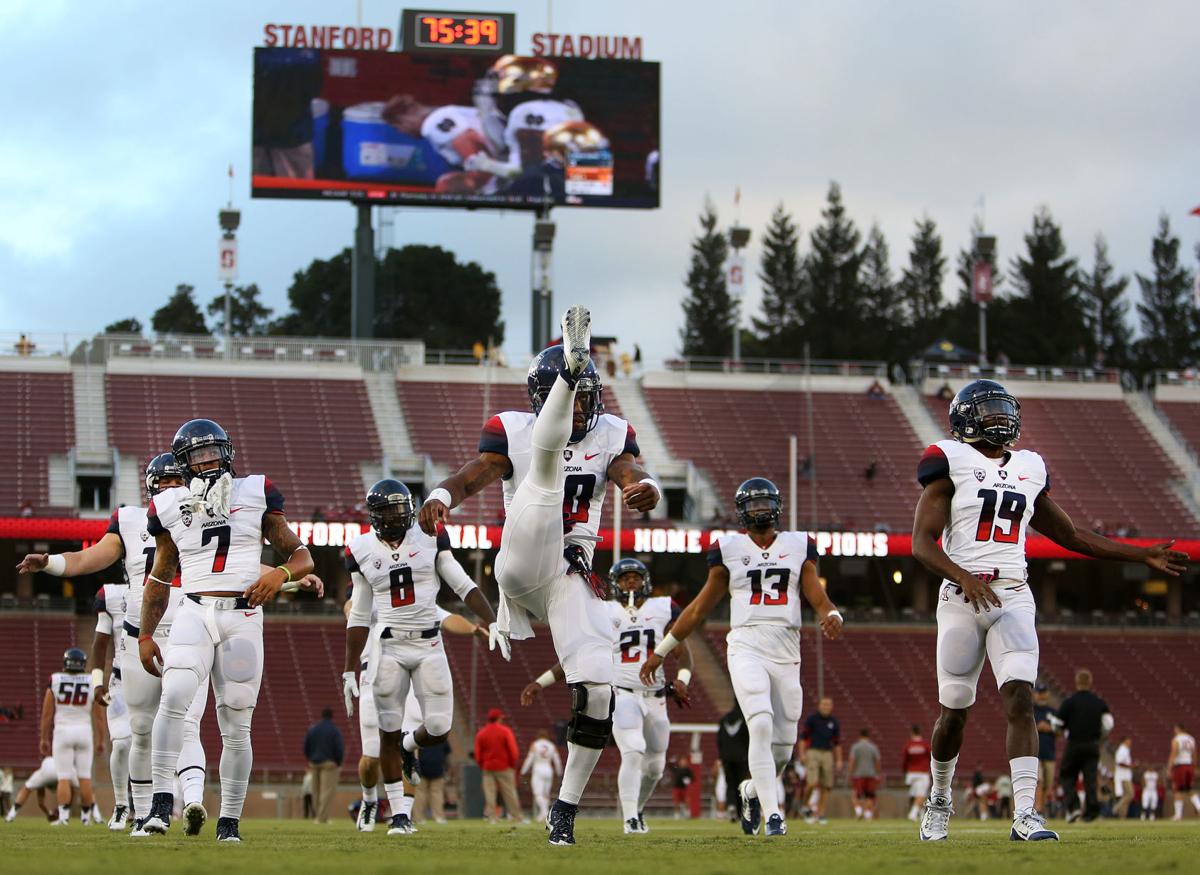 Arizona’s players warmed up in a mostly empty Stanford Stadium before taking on the Cardinal in 2015. Stanford won that game 55-17, continuing its dominance in the series. 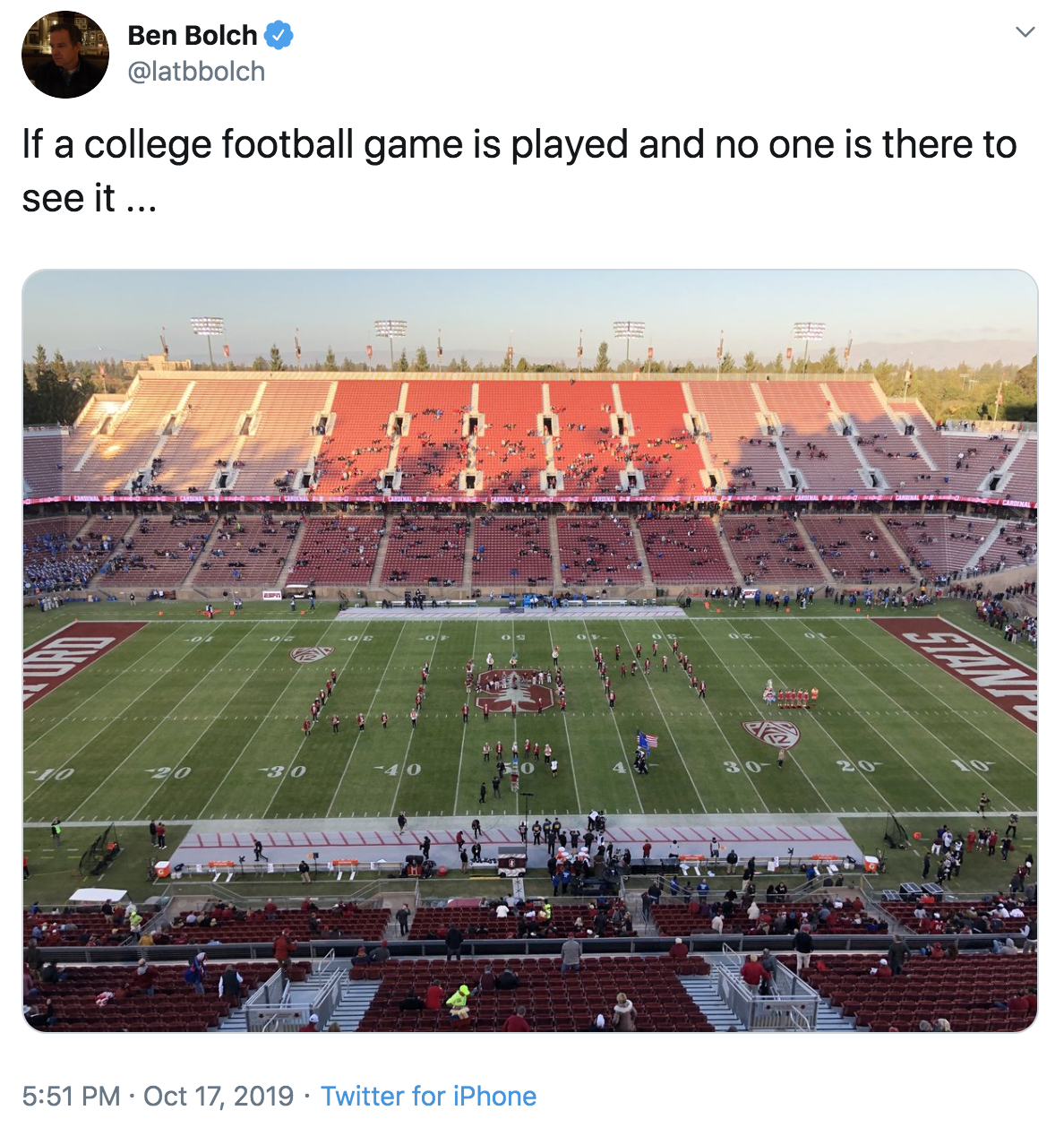 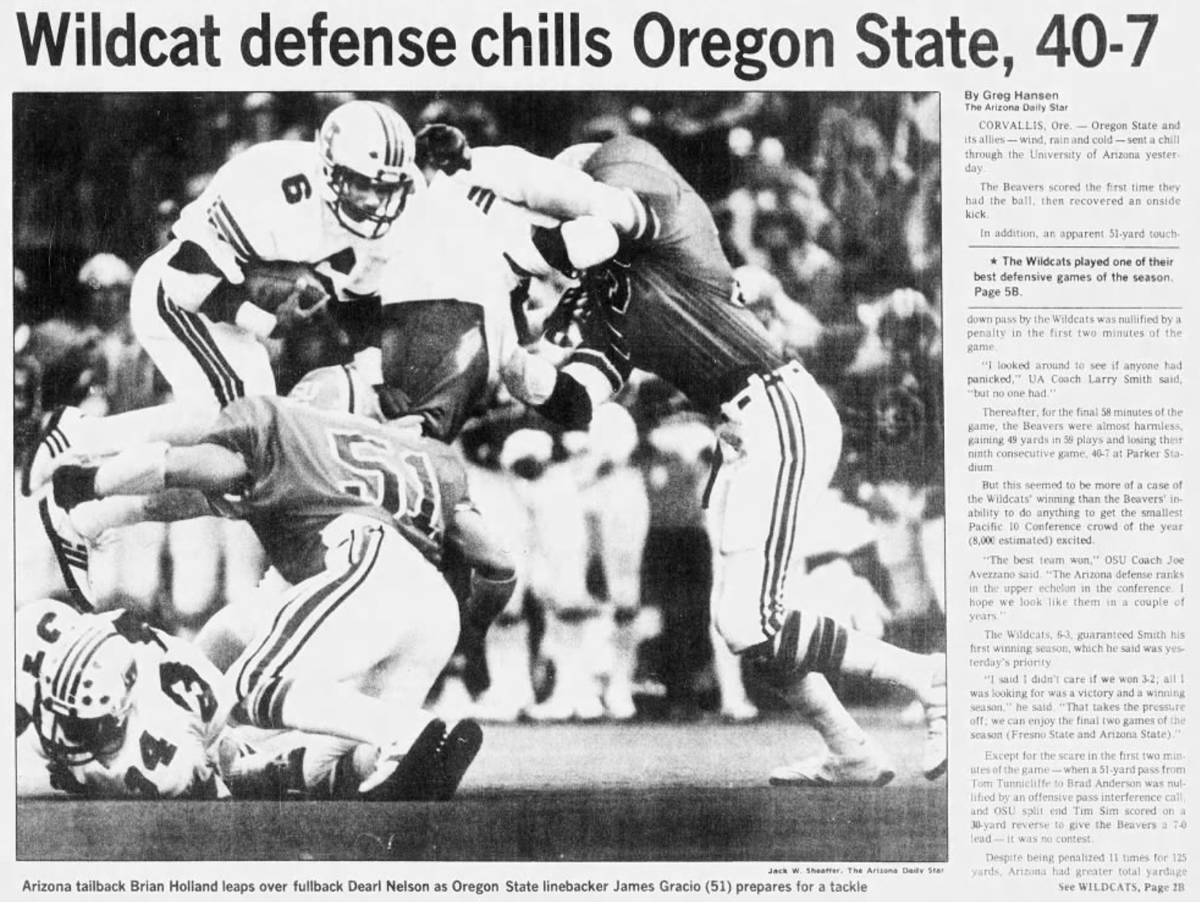 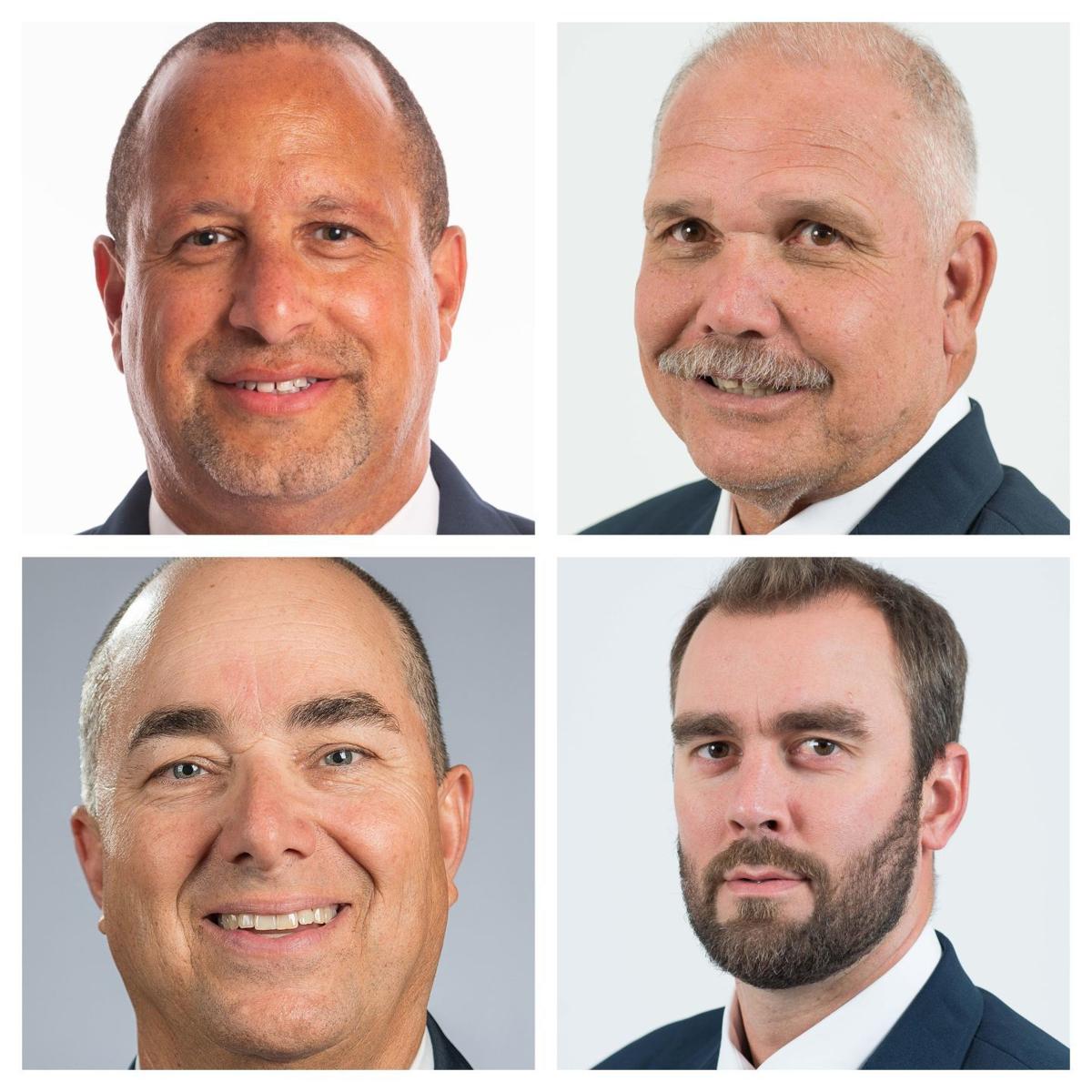 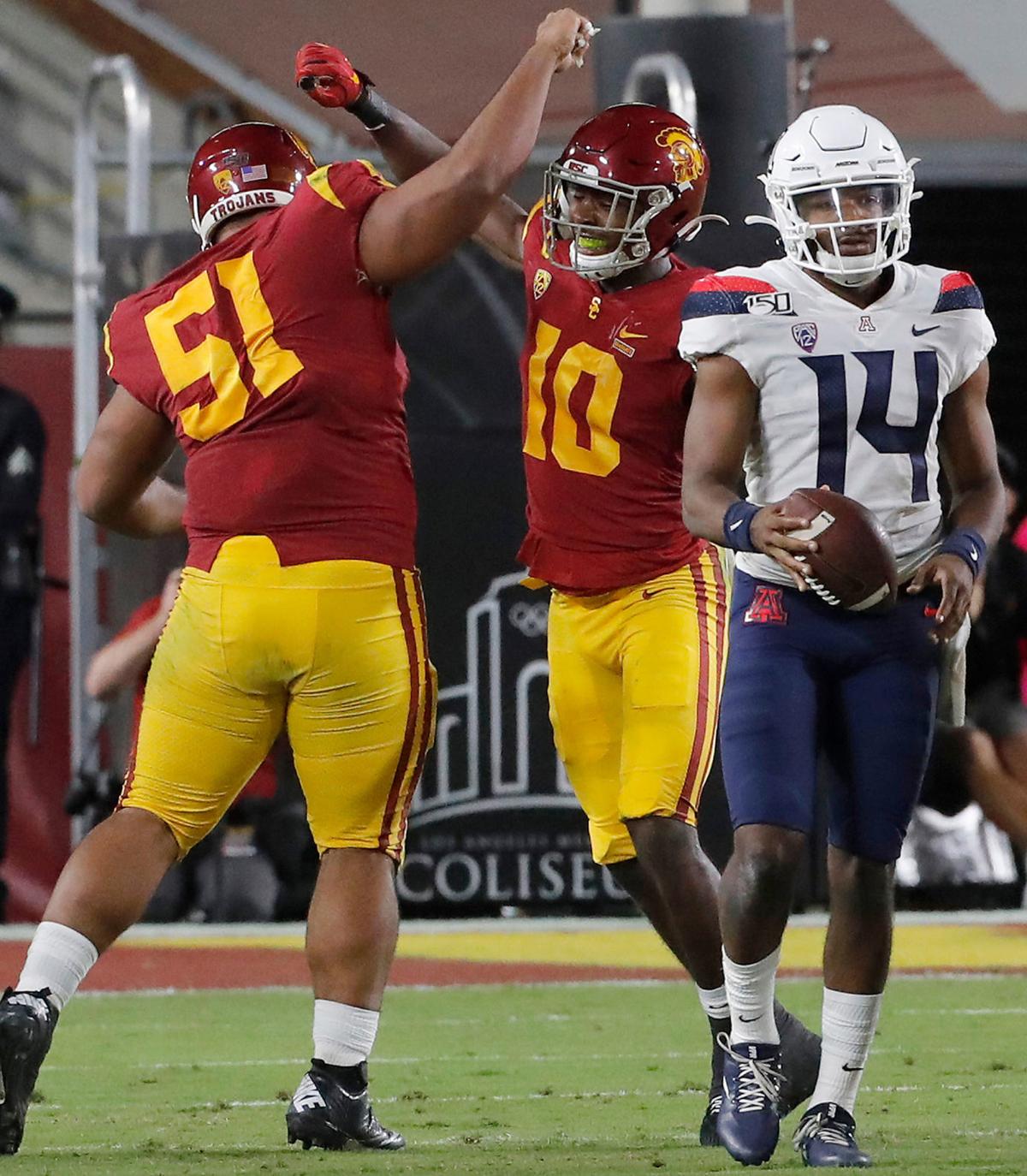 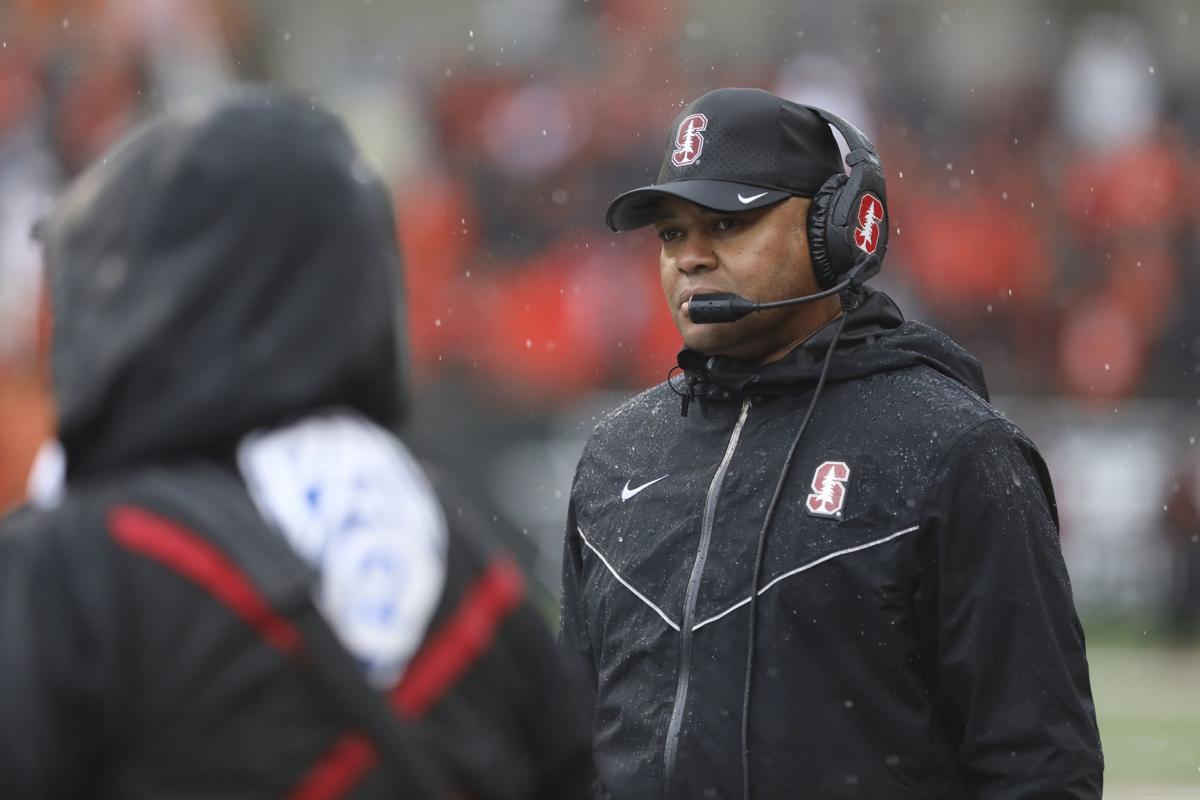 Stanford head coach David Shaw looks on during the first half of an NCAA college football game against Oregon State in Corvallis, Ore., Saturday, Sept. 28, 2019. 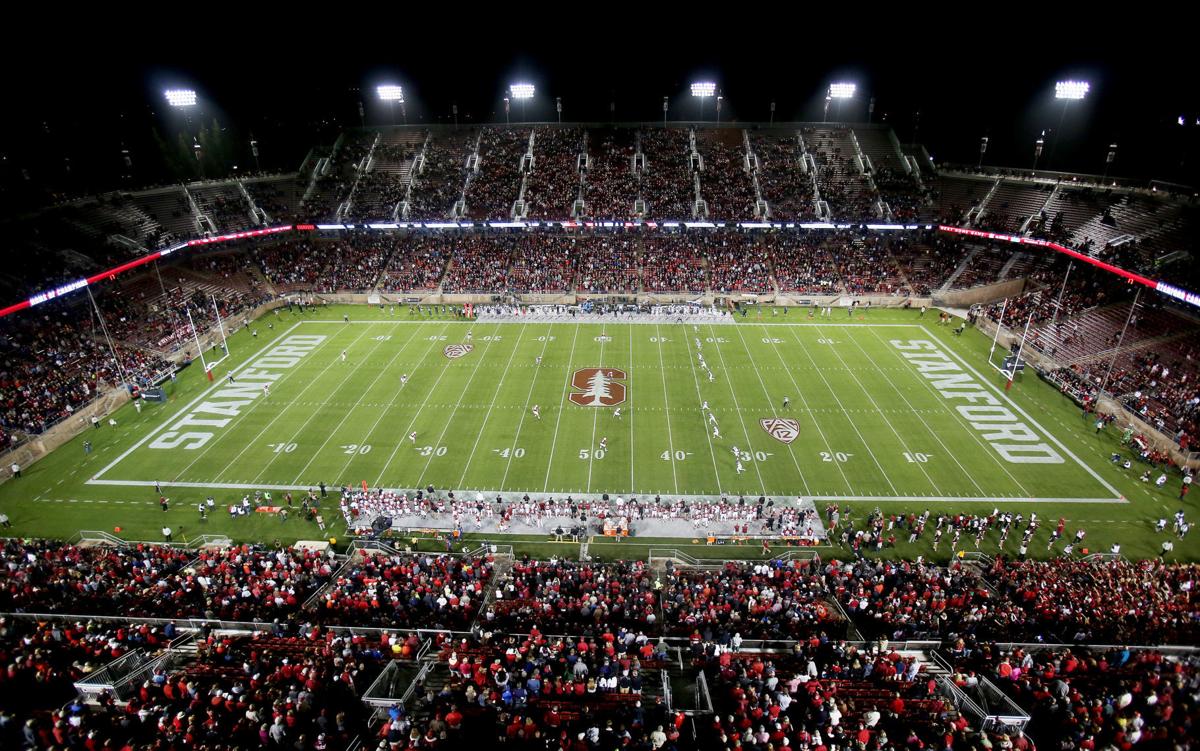