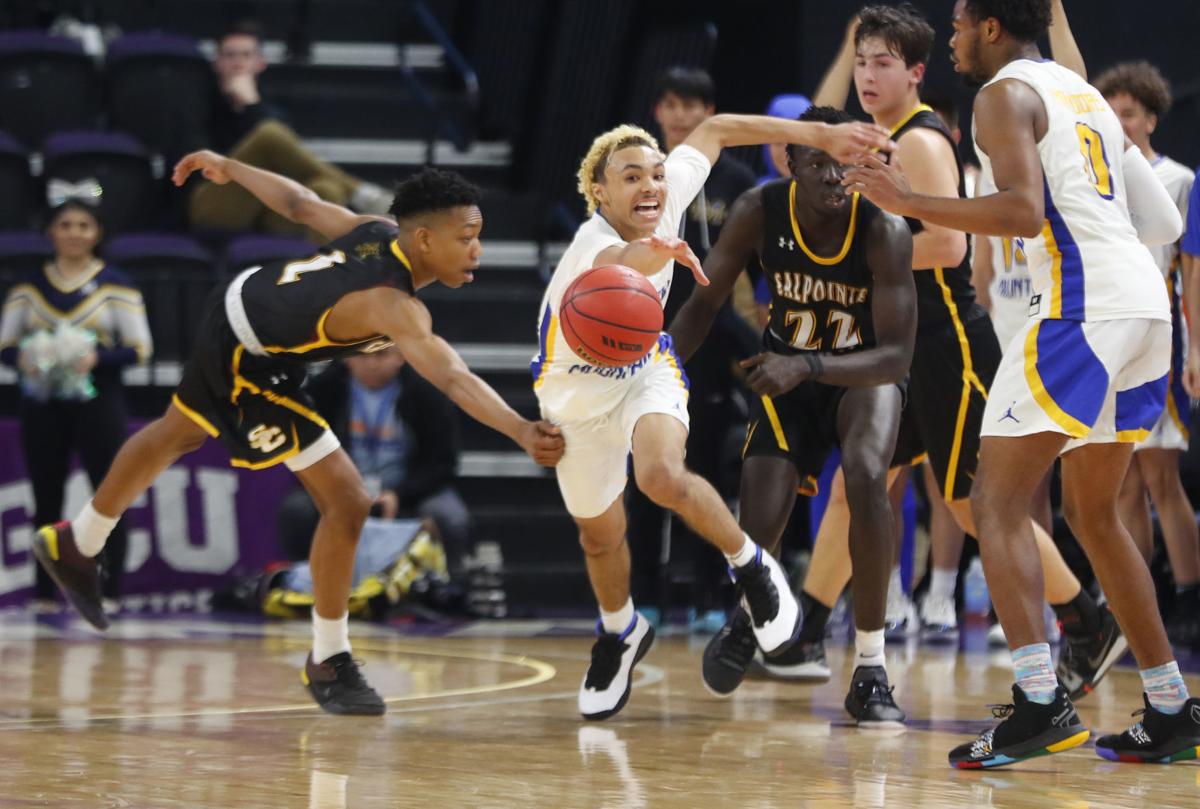 Salpointe Catholic’s Jordan Gainey, left, has helped the Lancers start 7-0 while outscoring opponents by 37 points a game. “We push the ball more now because we play five guards,” he said. “Most teams can’t keep up.” 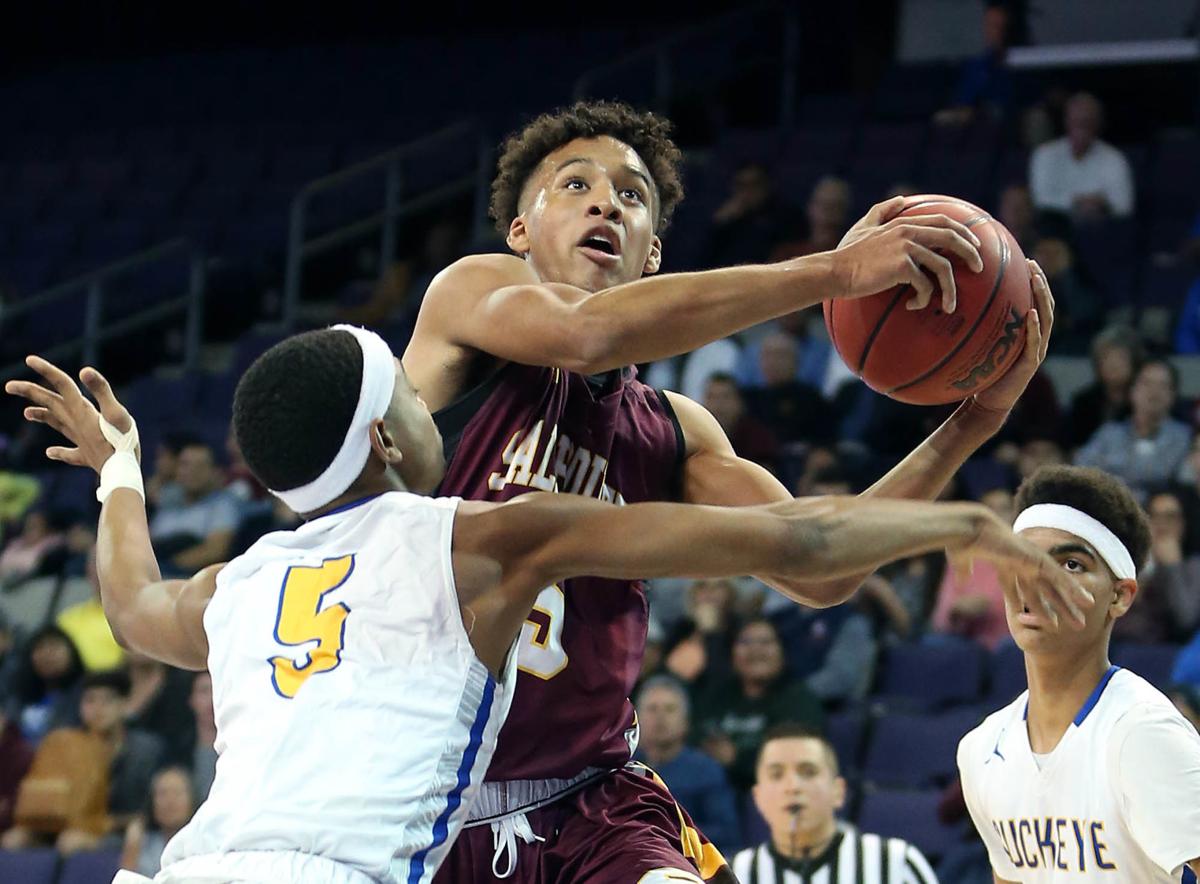 Salpointe guard Evan Nelson, who will play at Harvard next year, said he realized how talented the Lancers would be during the summer circuit.

Coming off of a 27-3 season that saw it get upended in the state semifinals, the Salpointe Catholic High School boys basketball team knew it had more work to do to climb the mountain.

The top of that mountain had been occupied in Class 4A by Phoenix Shadow Mountain, the four-time defending state champions who have ended the Lancers’ season the last three years.

After former Arizona Wildcats’ legend Mike Bibby resigned to take the job at Hillcrest Prep, the top spot in 4A is now up for grabs, with Salpointe potentially having to adjust to life as the hunted instead of the hunter this season.

“We beat enough teams in the summer and they weren’t very happy with that,” Lancers coach Jim Reynolds said. “They’re going to be ready for us, and we have to be ready to respond.”

Focus hasn’t been a problem so far — Salpointe is off to a 7-0 start, averaging 86 points per game with an average margin of victory of 37.

That isn’t to say the team didn’t come into the season without question marks.

Gone from last season is Majok Deng, a four-year starter and one of the best players in program history, who has since gone on to play at Pepperdine. Deng averaged 15.4 points and 7.9 rebounds over a career that included two state championship appearances.

Deng combined with guard Evan Nelson to form one of the best duos in the state last season, with Nelson back to lead the team this season. After a big summer that saw him pick up multiple Division-I offers, the senior committed to play at Harvard next season.

The summer circuit wasn’t big for just Nelson, but the team as a whole. Playing in the Section 7 Team Camp in Phoenix pitted the Lancers against two schools from California, after winning the Monarch Sports PrimeTime tournament in Gilbert a week earlier.

“I think it was dangerous for us because we realized how good we are,” Nelson said.

“Not losing over the summer very much, hopefully during the season we have some tests. It can be dangerous, but I think as we start to get into playoff time we need to remember winning state is our goal.”

That same Monarch tournament saw Nelson awarded MVP, an award he decided to give to teammate Jordan Gainey instead.

The son of current Arizona Wildcats assistant coach Justin Gainey, Jordan and Arizona coach Sean Miller’s son, Braden, look to play a much bigger role this upcoming season with the departure of Deng.

“It’s a little different with Majok being gone because we don’t have that typical big man like we’ve had before,” Gainey said. “We push the ball more now because we play five guards, which I think is a strength for us because most teams can’t keep up.”

“Seeing Jordan’s progression has been awesome,” Nelson said. “As he’s grown and learned from playing with us, I expect him to play well now. Getting him and Braden involved more in the summer shows how anybody can be involved and get their points on any given night.”

All of the depth and interchangeable parts are a luxury few teams can say they have in Southern Arizona, but Reynolds knows his team needs to be ready for everyone’s best shot night in and out.

“We know if we’re not ready to go, anyone we play against is going to be ready to go against us,” he said. “That’s how you keep guys focused.”

Tucson Roadrunners forward Hudson Fasching doesn’t really know how his season turned, for the better, on a dime.

Suns take control in second half, beat T-wolves by 16

Gordon has double-double but Magic lose to Milwaukee.

Salpointe Catholic’s Jordan Gainey, left, has helped the Lancers start 7-0 while outscoring opponents by 37 points a game. “We push the ball more now because we play five guards,” he said. “Most teams can’t keep up.”

Salpointe guard Evan Nelson, who will play at Harvard next year, said he realized how talented the Lancers would be during the summer circuit.