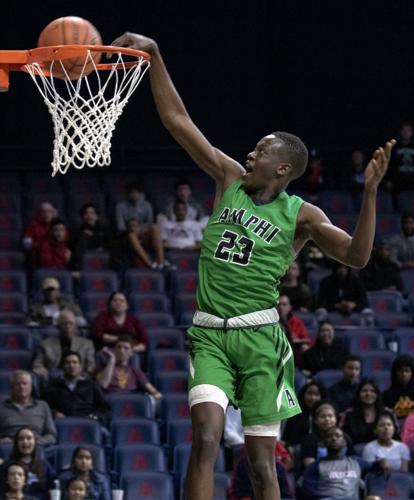 Amphi”s Jackson Ruai slams down a dunk during the Panthers’ loss to Palo Verde at the MLK Basketball Classic. 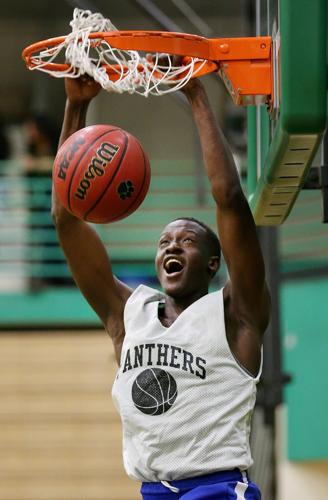 Jackson Ruai, a former Amphitheater High School basketball standout, died in a car crash in El Paso on Saturday night, his family said. He was 21.

Ruai, a 6-foot-4-inch star for the Panthers who graduated from Amphi in 2019, recently finished up his sophomore season at Oakland City University in Indiana.

Ruai was born in Egypt. His family moved to Tucson from South Sudan on June 16, 2004, when he was 3 years old.

“Just looking back at my parents, that was the best decision they made,” Ruai told the Star in 2019. “For me to even be provided with these opportunities, it means a lot to me.”

Ruai played soccer as a boy in Tucson before switching exclusively to basketball in the fifth grade. By the eighth grade, he had a new goal: to play the sport in college.

He received scholarship offers from Grand Canyon, Nevada, Utah Valley, Portland State and UC Davis while in high school. As a senior, he led Amphi Panthers to a 20-5 season and the Class 4A Gila Region championship.

A GoFundMe campaign has been set up by Ruai’s family to cover the cost of the funeral services in Tucson. The family plans to bury him in Sudan.

Edwards spent the last several years as a girls basketball coach in Tucson, most recently as the associate head coach for Flowing Wells which reached back-to-back Class 5A state title games.

The Section 7 tournament — named after the section of the National Federation of State High School Associations that includes Arizona — has grown exponentially since its first tournament in 2019.

As we head to the summer break, here's a look at every individual and team state title-winner from the 2021-22 school year:

Counting Takedowns, which runs evenings through Friday, is free and open to Tucson students from kindergarten through 12th grade.

Amphi”s Jackson Ruai slams down a dunk during the Panthers’ loss to Palo Verde at the MLK Basketball Classic.