Amphitheater is on the precipice, both literally and figuratively.

The Panthers (4-1) were No. 17 in the Class 4A rankings last week, which is used for seeding in the 16-team postseason tournament. While two teams, Glendale Cactus and Gilbert American Leadership Academy, are primed to be plucked and placed in the Open Tournament, even No. 15 would be a little too close for comfort.

Unfortunately, Amphi doesn’t play a higher-ranked foe the rest of the way. Instead, the best chance to impress is Friday’s road trip to Catalina Foothills (2-4), which should move up from No. 33 after beating Sahuaro 21-20 last week.

It will be a battle of rushing attacks.

“Not only is he our fullback, but he’s our starting middle linebacker,” Mendivil said. “He is so wise beyond his years. Hopefully, he stays healthy and keeps progressing. By the time he gets to his junior, senior years, he’s going to be incredible.”

Cienega had plenty of growing to do this year.

But after taking some lumps, including single-digit losses to Salpointe Catholic and Gilbert Campo Verde earlier this season, coach Justin Argraves feels his Bobcats (3-3) have turned a corner. There’s no other way to interpret the 31-21 victory over Ironwood Ridge last week.

“They didn’t lose sight of what the ultimate end goal was,” Argraves said. “To come out and do what they did Friday night, it was impressive.”

Quarterback Brayden Cherry is at the heart of this renaissance, completing close to 70% of his passes in each of the last two games, both wins. If Cherry can keep developing, Argraves sees a lot of potential for a team that should move up from last week’s No. 23 ranking in 5A.

“He’s just made leaps,” Argraves said. “He doesn’t have a lot of game experience, but he’s a mature young man who wants to learn the game better, is very coachable and is turning into a tremendous leader.”

Rushing into the mix

Salpointe defensive end Elijah Rushing exploded off the line of scrimmage and shoved aside the Desert View offensive lineman with one hand. He hooked quarterback Oscar Barraza’s jersey with one hand and then wrapped the other around to finish the sack.

That moment of pass-rushing brilliance in last week's 48-0 win is just another example of why so many college scouts are already salivating over the 6-5 sophomore. He just picked up an offer from Washington this week to add to those from Arizona and Arizona State.

“We’re very hard on him and sometimes you forget he’s a sophomore,” coach Eric Rogers said. “He’s developing, growing and maturing. What I love most about him is when he comes off the field as mad as all be, he listens and then we can have a conversation and talk about it.”

Sophomore Kayden Luke has ignited a spark for CDO (4-3), rushing for more than 100 yards in back-to-back games. Meanwhile, the secondary came up with three interceptions to slow down a potent Walden Grove passing attack. CDO looks to keep its streak going at Pueblo (3-3) this week.

Despite getting hit nearly every time he dropped back in the loss to Salpointe and completing just one of his first 11 passes, Desert View quarterback Barraza didn’t give in. Instead, he completed passes of 15 and 23 yards to give his offense some life in the second half.

“He’s a leader of the team, so he’s got to do that,” coach Robert Bonillas said. “He’s got to show up and rally his team to play and block for him.”

Bonillas highlighted the need to get Barraza and the offensive line on the same page at Mountain View this week.

Not often is a high school quarterback trusted to throw it 50 times, but when that quarterback is Elijah Joplin, hey, let it fly.

That’s exactly what the 6-1 junior signal caller did Friday, completing 33 of 50 for 398 yards with five touchdowns and one interception and guiding Marana to a wild 36-35 comeback win over Sunnyside. The win pushes Marana (5-1), ranked No. 12 last week in 5A, one step closer to a playoff appearance and maybe even a home playoff game. It travels to Rincon/University this week.

Texans and then Packers are up next for Arizona, which at 6-0 is the NFL's last unbeaten team.

Pac-12 bowl projections: Change at the top with Utah on track for Pasadena

Halfway through the season, the Pac-12 has three teams on the brink of securing bowl bids and three more within manageable reach. But that’s it.

The Star’s game of the week is Sunnyside visiting Ironwood Ridge. Justin Spears previews and predicts how each contest will fare this week.

The push for the playoffs is officially underway throughout Southern Arizona. 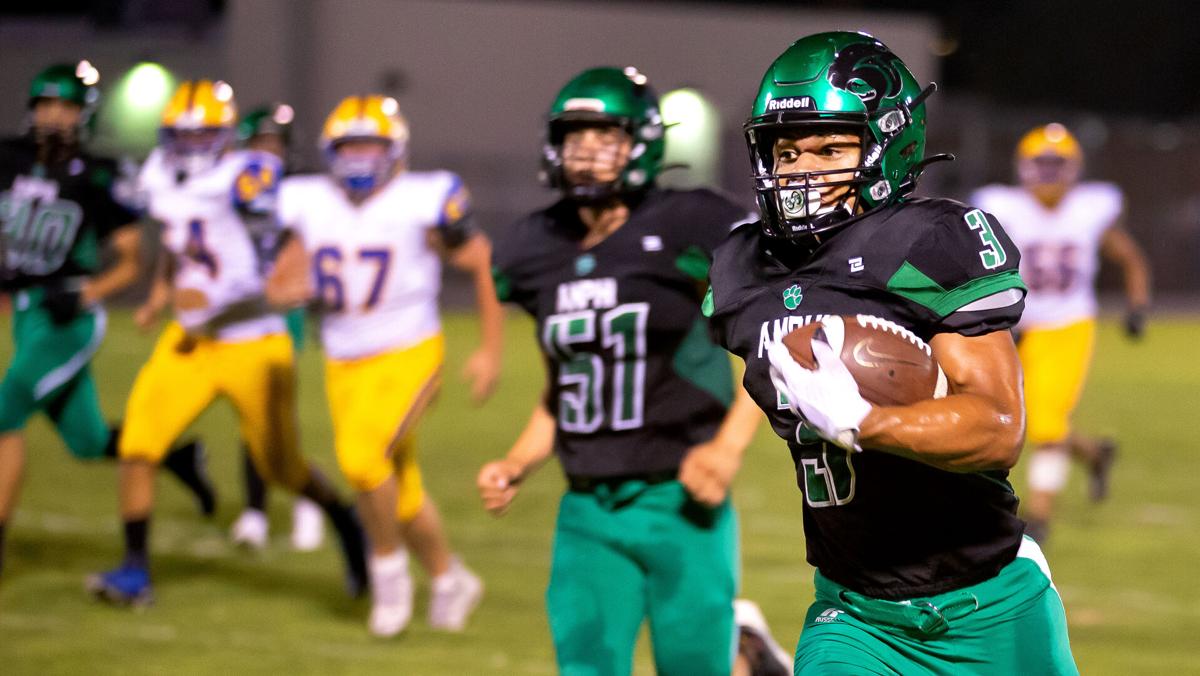 Francisco Trejo, right, and Amphi (4-1) will need to keep piling up the wins to ensure a favorable playoff seeding. 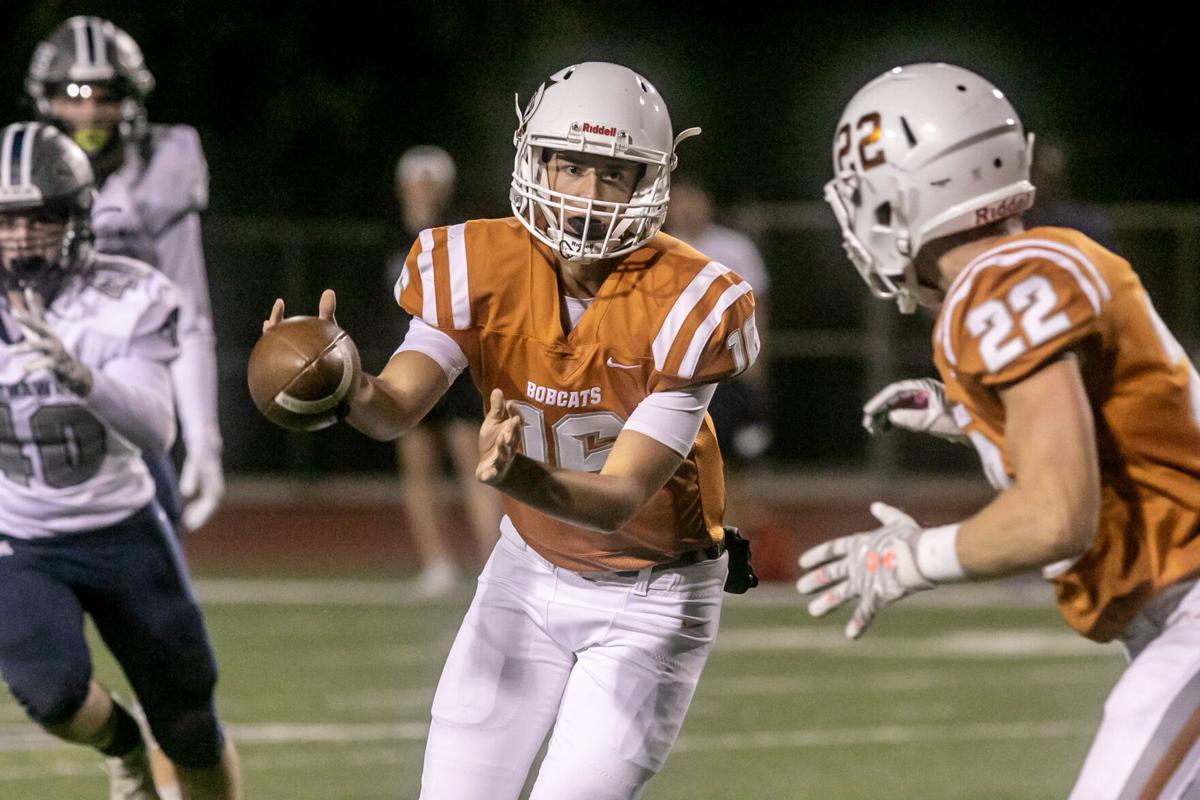 Cienega quarterback Brayden Cherry, center, has helped the Bobcats climb back to .500 with his strong recent play. 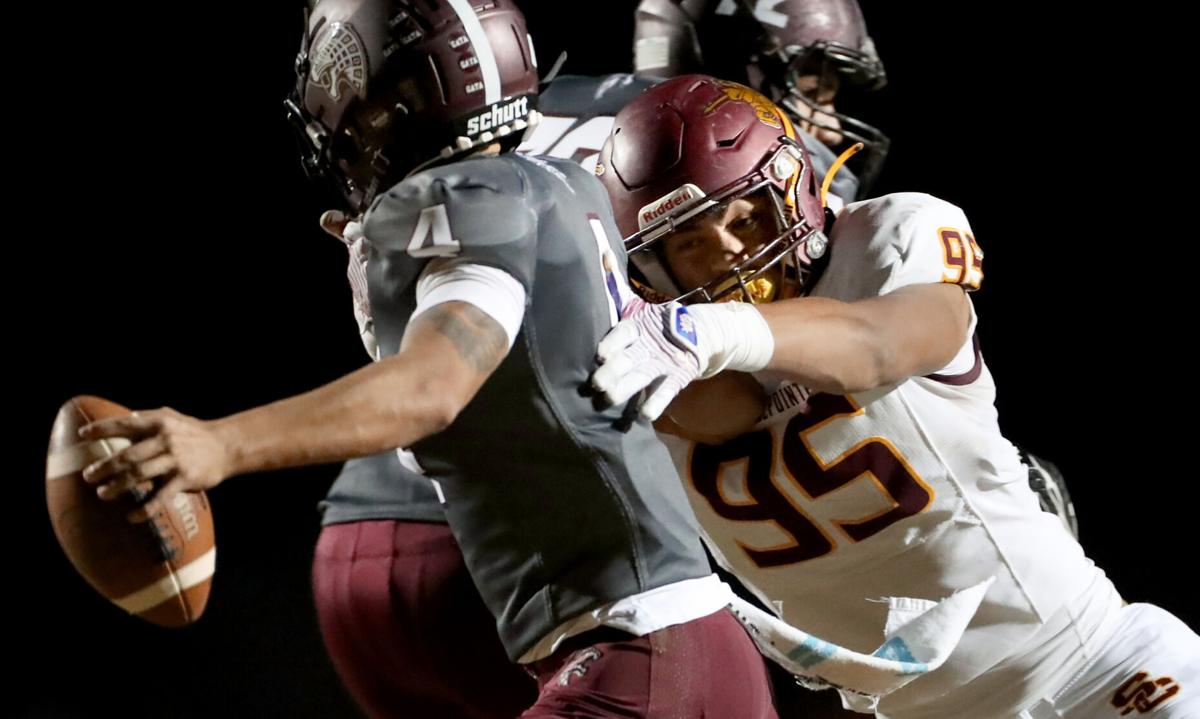 Salpointe's Elijah Rushing, right, has been living in opponents' backfields this season, and Pac-12 teams have noticed.