'We didn't have a great approach': No. 4 Arizona falls to unranked Utah in Pac-12 opener

And then there were three.

Just three Tucson-area high school football programs are alive in the postseason — one in each big-school division — after third-seeded Pusch Ridge Christian fell to second-seeded Mesa Eastmark in the Class 3A semifinals last week.

Salpointe Catholic (6A), Marana (5A) and Canyon del Oro (4A) all play in their respective quarterfinal games on Friday night.

The Star’s Justin Spears previews (and predicts) how each contest will go. Every game begins at 7 p.m.; predicted winners are in ALL CAPS.

What to expect: Salpointe escaped the first round with a double-overtime win over visiting Gilbert Williams Field, with quarterback Fredo Sotelo, who threw for 176 yards and three touchdowns, completing a game-winning touchdown pass to Nate Spivey to keep the Lancers’ season alive. The unsung hero of last Friday’s thrilling win for Salpointe is kicker and punter Carson Fiske, who made a 42-yard field goal and then pinned Williams Field on the 2-yard line with a punt late in the fourth quarter. Receiver and kick returner Gage Felix also accounted for 204 all-purpose yards. Keep an eye on the Lancers’ defense, which surrendered 208 rushing yards and a pair of scores on the ground last week. Highland rushed for 271 yards and four touchdowns in its playoff opener. We expect Highland to run effectively again this week, and win 30-24.

What to expect: Marana quarterback Elijah Joplin won’t break Trenton Bourguet’s passing yards record for the program, but he could eclipse 6,000 career yards by throwing for 257 or more on Friday. In a first-round win over Phoenix Sunnyslope, Joplin completed 22 of 29 passes for 304 yards, but no touchdowns. Joplin and running back Matthew Jensen combined for four rushing touchdowns in the win. The Tigers are a two-point conversion away from an undefeated season and deserve a tip of the cap for a successful season. We think it’ll end on Friday, as Notre Dame Prep wins 24-20.

Winner faces: No. 4 Glendale Cactus or No. 5 Scottsdale Horizon

What to expect: CDO playmaker Jordan Thomas rushed for 104 yards on 17 carries in last week’s 13-7 nail-biter win over Phoenix St. Mary’s in Oro Valley. Fortunately for CDO, it doesn’t have to face third-seeded Tempe Marcos de Niza. Instead, the Dorados are facing a Phoenix Thunderbird team that kept Marcos de Niza’s high-scoring offense scoreless through the first three quarters of last week’s playoff opener. Defense travels, even two hours down Interstate 10. CDO will remember the Titans. Call it 20-14 in favor of the visitors.

Winner faces: No. 2 Snowflake or No. 10 Prescott

No. 8 Phoenix Mountain Pointe at No. 1 Queen Creek Casteel

No. 5 Queen Creek at Phoenix Pinnacle

No. 7 Salpointe Catholic at No. 2 Gilbert Highland

No. 8 Marana at No. 1 Scottsdale Notre Dame

No. 5 Phoenix Horizon at No. 4 Glendale Cactus

No. 6 Goodyear Desert Edge at No. 3 Gilbert Higley

No. 10 Goodyear Millennium at No. 2 Scottsdale Desert Mountain

No. 8 Prescott Valley Bradshaw Mountain at No. 1 ALA-Gilbert North

No. 5 Yuma Catholic at No. 4 Lake Havasu

No. 14 Phoenix Thunderbird at No. 6 Canyon del Oro

No. 2 Morenci vs. No. 1 Pima at Safford High School

The Star's longtime columnist asks (and answers) the big questions ahead of Friday's rivalry game at Arizona Stadium. 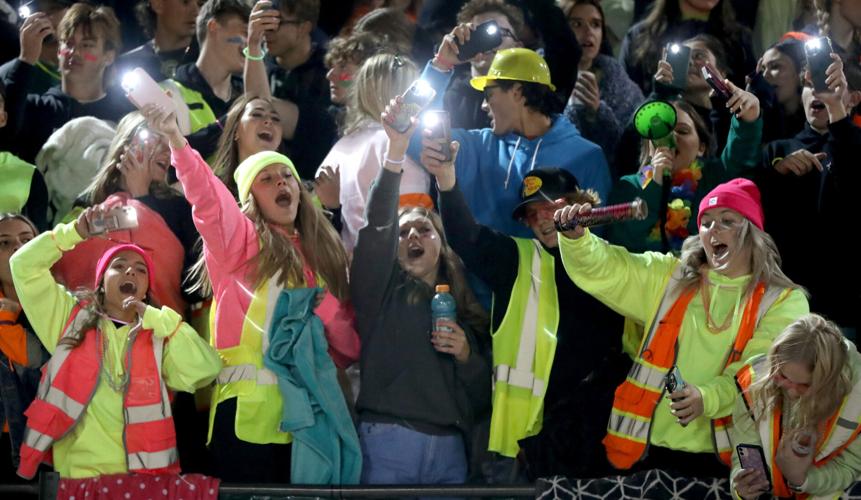 Canyon del Oro’s student section sings along to “Sweet Caroline” just before the second half of last week’s playoff win over Phoenix St. Mary’s. The Dorados will host Phoenix Thunderbird in Friday’s Class 4A state quarterfinals. 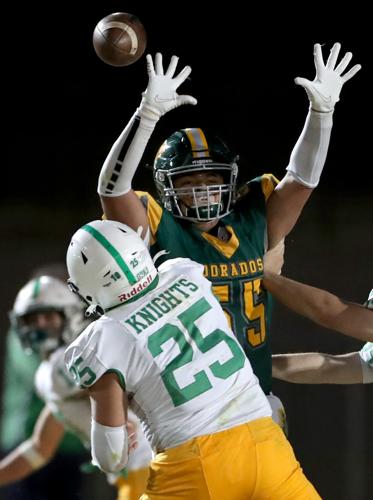