Editor’s note: The Star is counting down the 22 best high school football players in Southern Arizona, in no particular order.

Rundown: Gboweiah is a 5-foot-9-inch, 160-pound running back at Desert View High School.

Who he is: The Desert View tailback likes to play games with oncoming tacklers.

Gboweiah (and his mind games) make up one half of Desert View two-man rushing attack, along with junior Carlos Alvarez. The two have nearly identical measurables and possess similar skill sets.

A year ago, the pair combined for over 2,500 yards of offense, with Gboweiah leading the team with 1,404 rushing yards and finishing second with 12 touchdowns.

The Jaguars, who are scheduled to open the 2020 season Oct. 30 at Nogales, are again expected to have a strong running attack. It’s imperative that the two running backs are in sync with one another.

For Gboweiah and Alvarez, this isn’t a problem. The two have known each other since their youth football days. Gboweiah distinctly recalled going up against Alvarez in the playoffs and being impressed by him.

“Then when we both got to Desert View and met the summer leading up to freshman year,” he said. “From there we’ve been the dynamic duo. That dude is a solid friend for me.”

“You got two kids with fresh legs all the time,” he said. “That puts more pressure on the defense.”

Proof he’s good: Gboweiah can recall the name of the play: “32 belly.”

Desert View was backed up at its own 8-yard line against Empire in the final game of the regular season. Bonillas called a run up the middle for the then-sophomore back. Gboweiah got the ball in his hands, and moments later, was in the end zone celebrating a 92-yard touchdown.

The Jags’ offensive line opened up a hole in the middle to get him to the second level of the defense; Gboweiah’s talent and speed took care of the rest. The tailback juked a linebacker and then split the cornerback and safety.

Gboweiah averaged 140 rushing yards per game as a sophomore, and had three games with at least 175 yards.

He said it: “This year I want to work on my elusiveness to make more people miss and then get over 1,400 yards again.” — Gboweiah

Richard Cunes, 44, collapsed at the team's Sept. 1 practice and has not regained consciousness. His family is raising money to offset his medi…

As a little boy, Skaggs dreamed of having his name on the back of a purple and gold jersey and the distinction of being QB1 for the Sabercats. Now, he's it.

Nadal and Federer each have 20 Grand Slam titles, while Djokovic has 17. 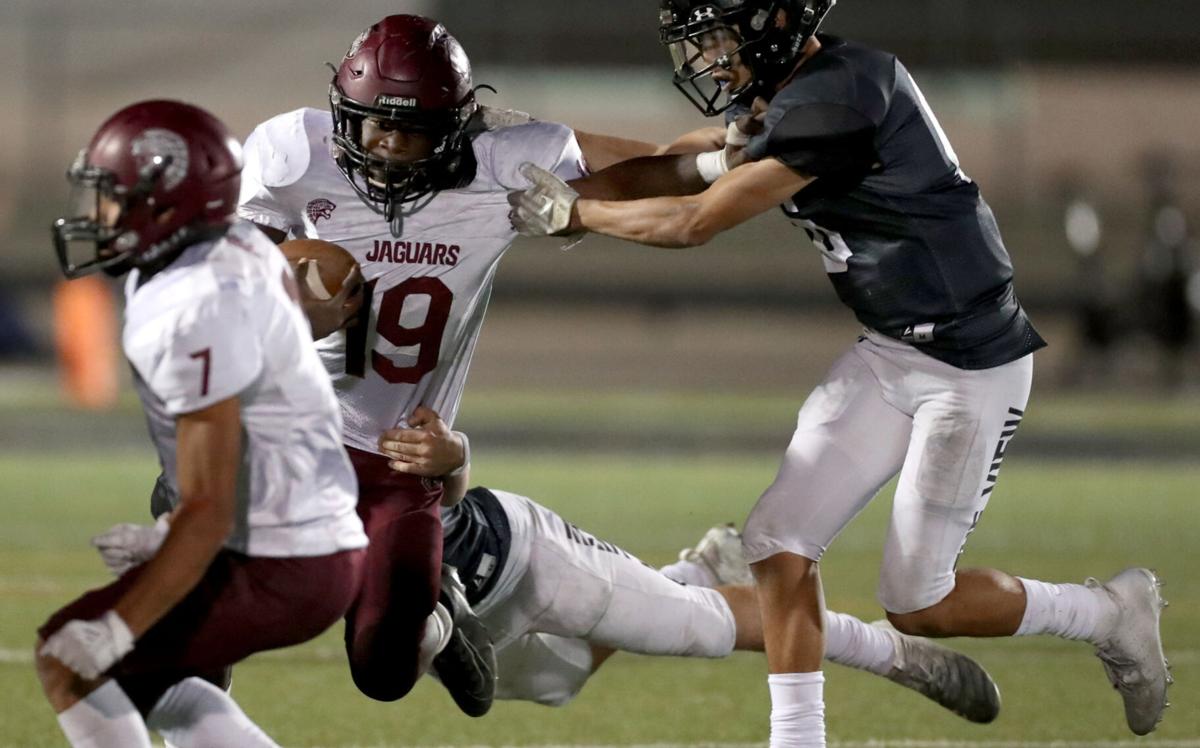 Desert View's Serge Gboweiah (19) tries to round the corner on Mountain View's Kai Walsh (22) and Zach Martinez (6) in the fourth quarter of their game at Mountain View High School, Tucson, Ariz., Oct. 25, 2019. 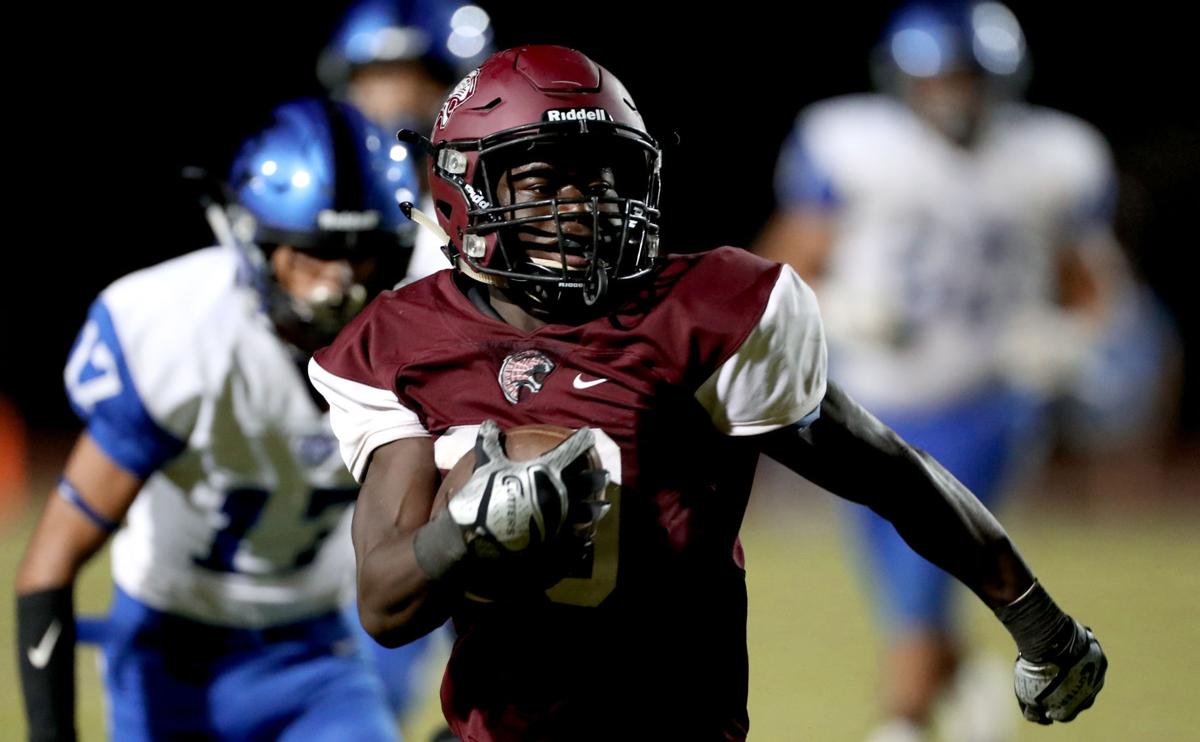