Editor’s note: The Star is counting down the 22 best high school football players in Southern Arizona, in no particular order.

The rundown: Watkins is a 5-foot-11-inch, 215-pound senior at Sahuaro High School.

Who he is: When Watkins was a freshman at Sahuaro, he was green to football; He had never played a down in his life.

Watkins played nose tackle on the Cougars' freshman team before switching to running back.

“I didn’t know what I was doing, but luckily we have a great coaching staff around me,” Watkins said. “It was more so a year for me to learn and throughout the years I just progressed through it.”

Watkins had wanted to play football for most of his life, but the cost of playing and the commute to the fields was too much. Watkins was born in Minnesota and lived in Houston before, with the cost of living rising, he and his family moved to Tucson.

He wasn't prepared for the dry heat.

“It’s very, very hot here,” Watkins said. “I like it, because there’s good people down here and that’s the one thing I love about Tucson. … When we first moved from Houston, I was sad that I was leaving all my friends, but not even a year after we moved here, I never wanted to leave this place. Everyone down here is so nice and I love it here.”

Once Watkins had a season of playing football under his belt, the game slowed down. He has since blossomed into a powerful, fast runner. Coach Scott McKee compares his running style to football legend Bo Jackson.

“I’m an opportunist,” Watkins said. “Whatever my (offensive) line gives me, I take it and I’m always downhill.”

In 11 games last season, Watkins emerged as the complimentary running back to then-senior Izaiah Davis. He rushed for 743 yards at 6 yards per carry and scored 11 touchdowns.

While the statistics display his progress as a football player, it's Watkins’ ability to absorb information and lead the team that makes him so valuable.

“His attitude is so positive and so infectious; it turned into what he is now, and that’s one of the best players in the city," McKee said. " He’s a weight-room junkie and has an enormous amount of strength, and he’s so coachable."

Proof he’s good: “One thing about Sahuaro is that we always have good backs,” Watkins said.

Since 2010, Sahuaro’s 1,000-yard rushers include Alexander Howe, Derrick Hall, Cameron Williams and Davis. Watkins’ skillset is comparable to one of those aforementioned players.

“His worth ethic, his willingness to be coached and he has a natural burst and power that we’ve had with one other running back and that would be Derrick Hall,” McKee said.

With Davis graduating, Watkins will assume the RB1 role. Reaching 1,000 yards in a six-game regular season affected by COVID-19 will be a tall task for Watkins. Regardless, look for him to be one of the top running backs in Southern Arizona by season’s end.

As teams prepare to kick off, here are 22 Tucson-area high school football players to watch

After a lengthy delay to the Southern Arizona high school football season, there's finally light at the end of the tunnel. Here's who to watch:

Canyon del Oro defensive end Chase Randall is expected to be one of the top defensive linemen in Southern Arizona this season.

The Star is counting down the best high school football players in Southern Arizona, in no particular order. Today: Sunnyside's duo of Anthony “Guero” Galvez and Andrew Gonzales.

The Star is counting down the 22 best high school football players in Southern Arizona. Today's Cienega's Isaiah Webb, who has football running in the family.

The Sunnyside corner ran up and down Tumamoc Hill three times over a three-hour workout on multiple occasions this summer to improve his footwork and stamina.

Conde's slight frame hasn't prevented him from shining as Sunnyside's quarterback. Instead, it fuels him.

Montana Neustadter’s passing statistics don’t jump off the page compared to some of the other quarterbacks in Southern Arizona. But there may not be a better dual-threat quarterback around.

High schools countdown: Sabino's Luke Thompson is a ball-hawk with a chance to do more as a senior

Salpointe Catholic running back David Cordero waited his turn and now is in position to put up big numbers for the Lancers.

In a letter sent to the families of Cienega High School students, principal Kim Middleton said the school plans to play football despite the latest restrictions set by the Pima County Health Department. 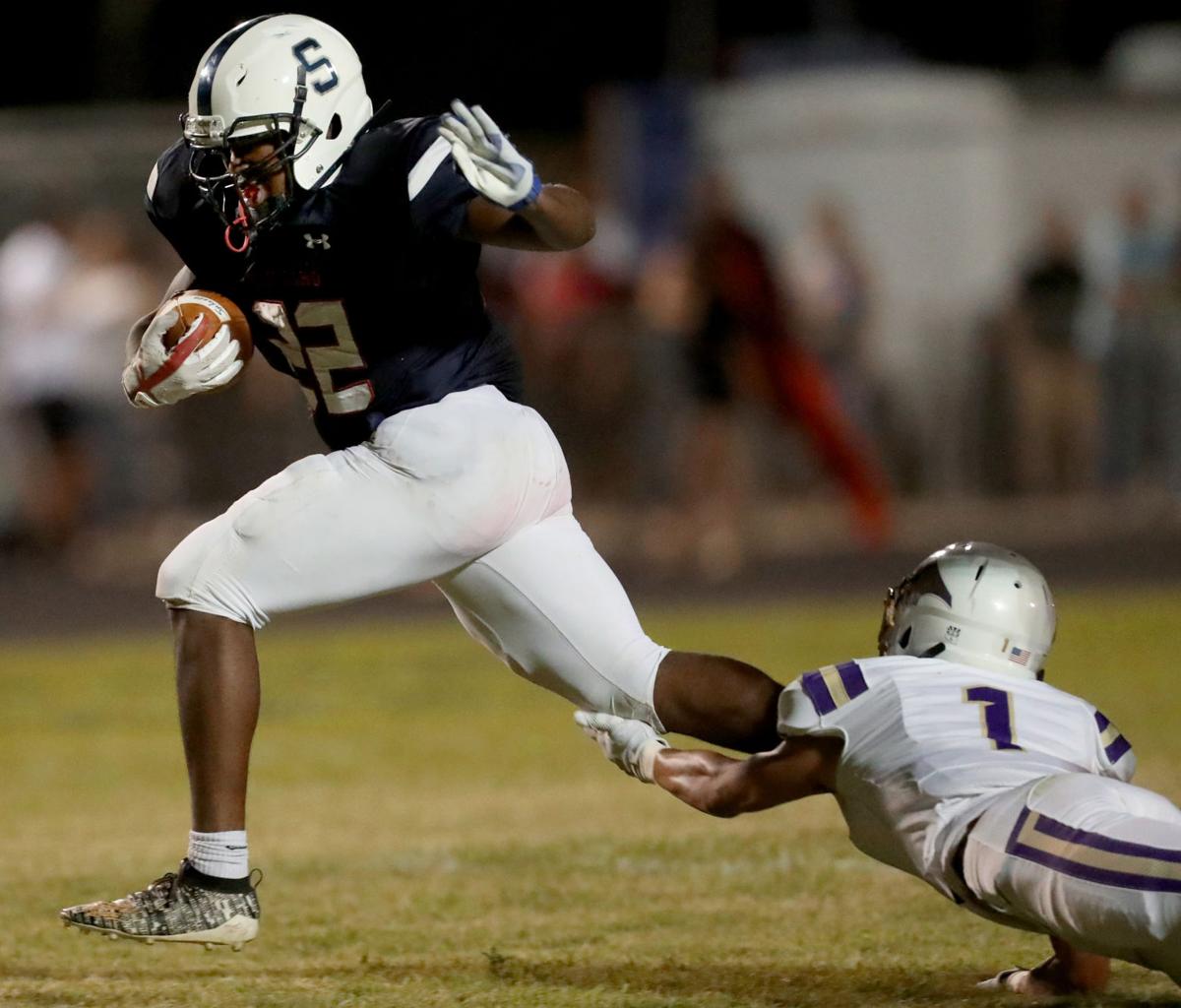 Sahuaro's Trevion Watkins (22) skips out of the reach of Sabino's Diego Armijo (1) on a scrambling run to the end zone in the second quarter of their game at Sahuaro High School, Tucson, Ariz., September 6, 2019. 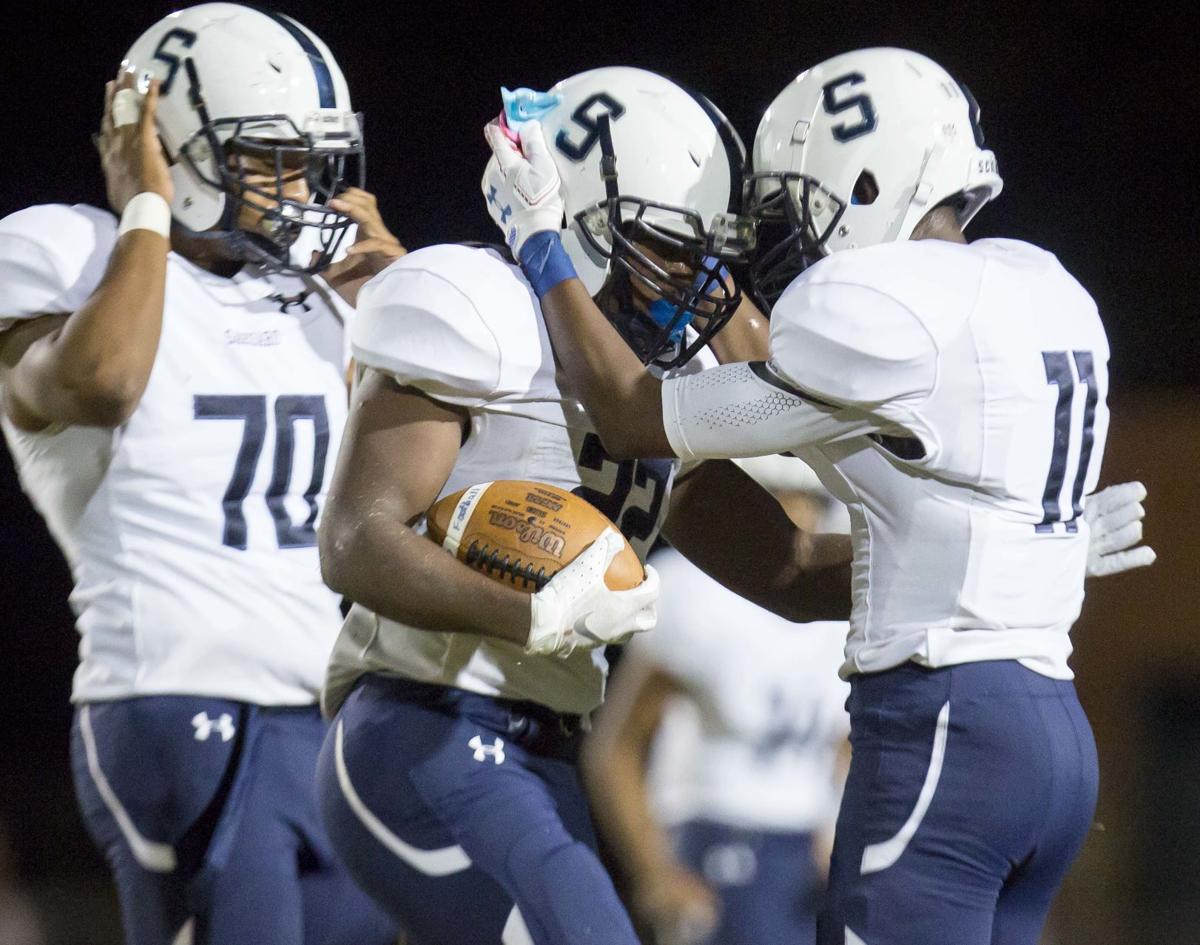