With a late start, drastically shortened season and modified race protocols, high school cross country is both back and already almost over.

And despite cross country being one of the safest sports to play during the COVID-19 pandemic, participation is down. Coaches cite a number of reasons, ranging from parents’ safety concerns to school district rules and transportation issues.

Officials with the Arizona Interscholastic Association and its high schools have worked hard to make sure runners still have a season. And even though competition lasts a little over a month — it started in September and ends next Wednesday, — participants and their parents have been grateful, AIA cross country tournament coordinator David Shapiro said.

“Our top priority has been to give our student-athletes some sort of competition and sense of normalcy. Our goal was to be able to target them to have a season of competition, more so than to put bodies in the bleachers,” Shapiro said. “I’ve had parents tell me, ‘We’re so grateful that our child is out there and has an outlet and a sense of, hey my life is still going on.’”

Shapiro, who said he’s had “a lot of sleepless nights” since March, said the state is all over the place when it comes to individual high schools and their willingness to compete.

Earlier this week, a high school that previously opted out of the cross country season informed Shapiro that it would be participating in sectionals. A few other schools have recently changed course in the other direction, saying they’d hold their own competitions instead.

Regionals are set for the beginning of November.

“We’re just trying to stay on top of everything and give member schools a chance to compete,” Shapiro said.

‘The kids … they’re getting the work done’

When the AIA announced in September that there would be a cross country season, it implemented two pages’ worth of guidelines for practices and meets that coaches, athletes and parents must adhere to. The list went over wellness checks, social distancing, mask usage and the implementation of designated workers to tend to injured runners and distribute water.

The initial challenge wasn’t in implementing the new rules, Shapiro said, but rather finding facilities to hold events. With different counties using different metrics to define their safety thresholds and phased reentries, finding locations has been tough.

In a typical cross country season, there will be upwards of 75 invitationals held across the state, Shapiro said. This year, there have been roughly two dozen.

The reduced number of meets is a result of a variety of factors, including school boards not allowing invitationals due to safety concerns and the lack of availability of parks due to coronavirus guidelines.

In Pima County, for example, parks in Oro Valley and Marana reopened weeks before the city of Tucson’s parks. Delayed park openings meant that some schools weren’t able to hold cross country meets until earlier this month.

Kids who are learning from home have to get to school to practice, which has proven difficult for student-athletes with parents who work until 5 p.m., said Bridget Barber, the girls cross country coach at Tucson High, which had its first meet of the season on Oct. 7.

Many districts also aren’t offering transportation to meets, which has proven a problem for runners with parents who don’t drive. Barber said she’s heard of Catalina High School runners who have been taking the city bus to meets, saying the task is “not easy.”

“The kids at practice right now are the kids that have parents that can bring them at that time,” Barber said, adding that athletes that can’t make it to practice are finding other times to work with their coaches. “These kids that are coming out, they’re getting the work done.”

Some districts took their time in deciding whether there would even be a cross country season. Those athletes who weren’t already training on their own had to get up to speed in a month.

At Tucson High, there are typically 14 members on each the boys and girls teams. This year, that number is eight and seven.

At other schools, the gap is larger. Rincon/University’s girls team dropped from 30 last year to just 11 this year.

The AIA isn’t tracking overall participation, but Shapiro said “it’s way down,” and that he’s only heard of one team in the state that is larger this year than it was last year.

“Cross country numbers have been declining for many years, especially at schools like Pueblo, Tucson and Cholla, but the races are also seeing limited participation this year because the organizers are capping the size of the race for reduced transmission of any virus that might be around,” Barber said.

There are other, noncoronavirus-related reasons behind the decreased participation, Barber said, including a lack of physical education class in elementary schools and AIA recruiting rules that forbid high school coaches from talking to students before they graduate from eighth grade. If a potential runner hasn’t attended an open house and signed a letter of interest, the path to the cross country team isn’t exactly direct.

“If they don’t have the knowledge to call a school or know how to sign up over the summer, then you are relying on a kid being self-propelling enough to find the athletic office and get the info,” Barber said. “It takes years to build a culture of running.”

‘The key word is flexibility’

Tucson High sophomore Briana Levengood said the modified season and its impending end feels unusual, but is grateful to be competing at all.

“I was just hoping we’d still have a season,” Levengood, 15, said. Also a spring track athlete, Levengood was two meets into the season when it was called off.

“It’s definitely been weird. We used to meet at school and now we’re meeting at Reid Park,” Levengood said. “Coaches take our temperatures when we show up for practice and we have to wear a mask the whole time except for when we’re running.”

Levengood said it took about a month for the Badgers to get used to the safety protocols. They’ve resigned themselves to the abridged season, but with several seniors on the girls team, some of her teammates are “kind of bummed out.”

“It’s been hard to know exactly what’s going on, just because it changes so much,” Levengood said.

It hasn’t been easy for anyone, but with a location for state championships finally nailed down, Shapiro is feeling a bit better.

This year’s state meet will be held at Crossroads Park in Gilbert. The city recently increased its allowance to 100 people per field, making Crossroads Park — with its 10 fields — the only venue large enough to hold even a scaled-down version of the state meet.

Two divisions will compete per day and only the top third of the state’s teams will be invited, as opposed to the typical top 50%.

The AIA will use tracking chips and staggered start times to prevent crowding at the starting line, which will also help prevent jam-ups at the finish. Those two areas are the major points of concern when it comes to viral transmission.

During a year unlike any other, it’s important to be that way.

“Sometimes I feel like I’m treading water in the ocean in a typhoon sometimes, just trying to keep my head above water and trying to help our coaches and athletes get through the season,” Shapiro said.

Greg Hansen: While Tucson plays it safe during pandemic, time is ticking away for local athletes

Next Tuesday, TUSD superintendent Gabriel Trijillo is expected to make a recommendation — yes or no — if football can begin in the city’s largest school district. Until then, about 300 young ballplayers can’t be certain if they will suit up this season.

The Pima County Health Department recommended this week that all football games and practices be postponed until the county reaches 10 or fewer COVID-19 cases per 100,000 residents. 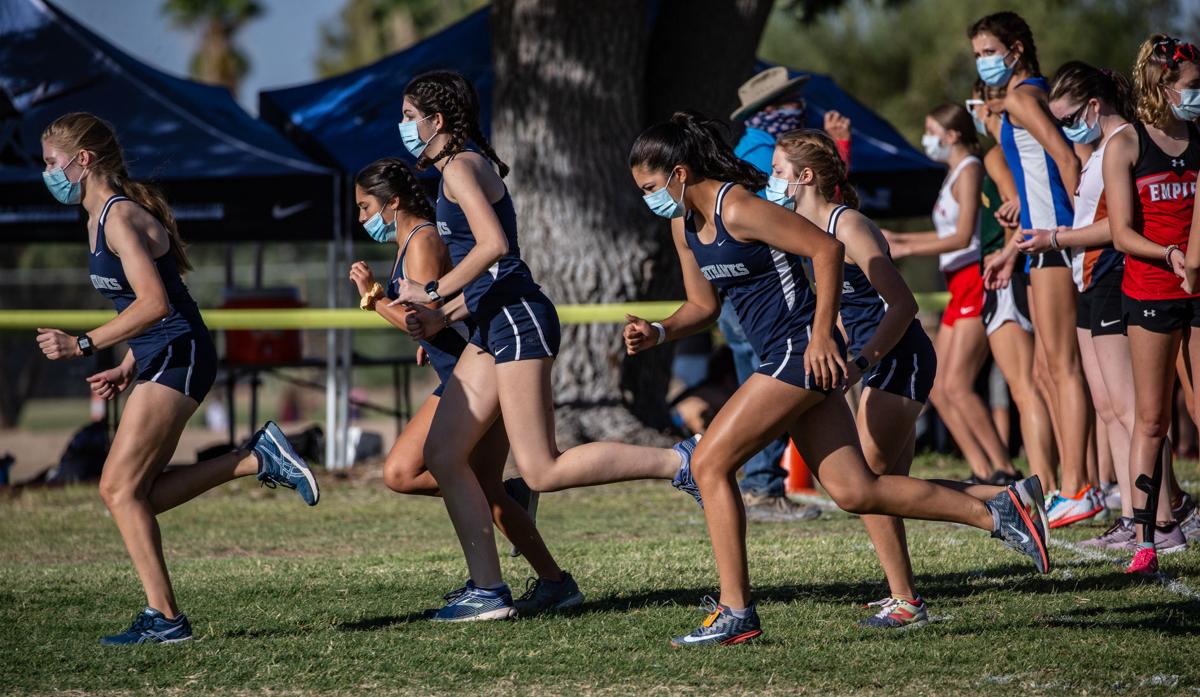 Runners in masks warm up before Saturday’s John Gleeson Lancer Invitational at Rolling Hills Golf Course. Participation is down this year, even though cross country is deemed safe during the pandemic. 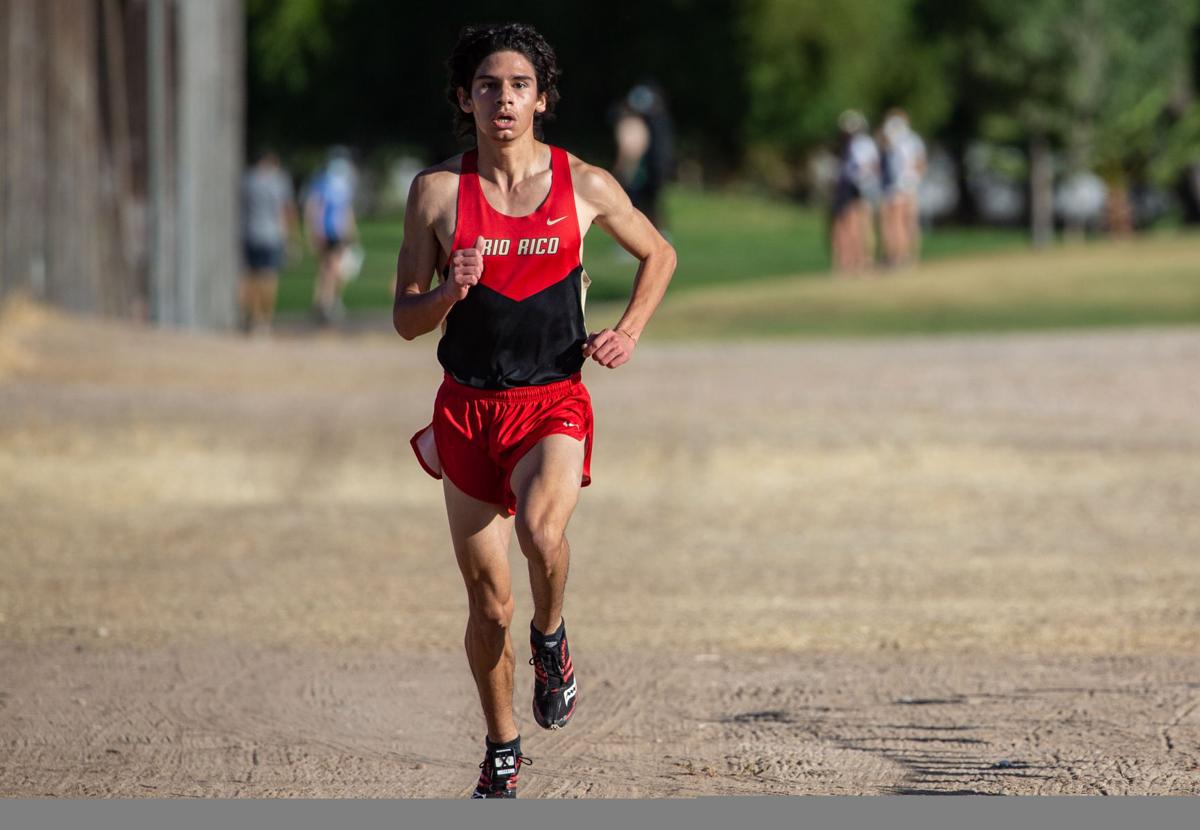 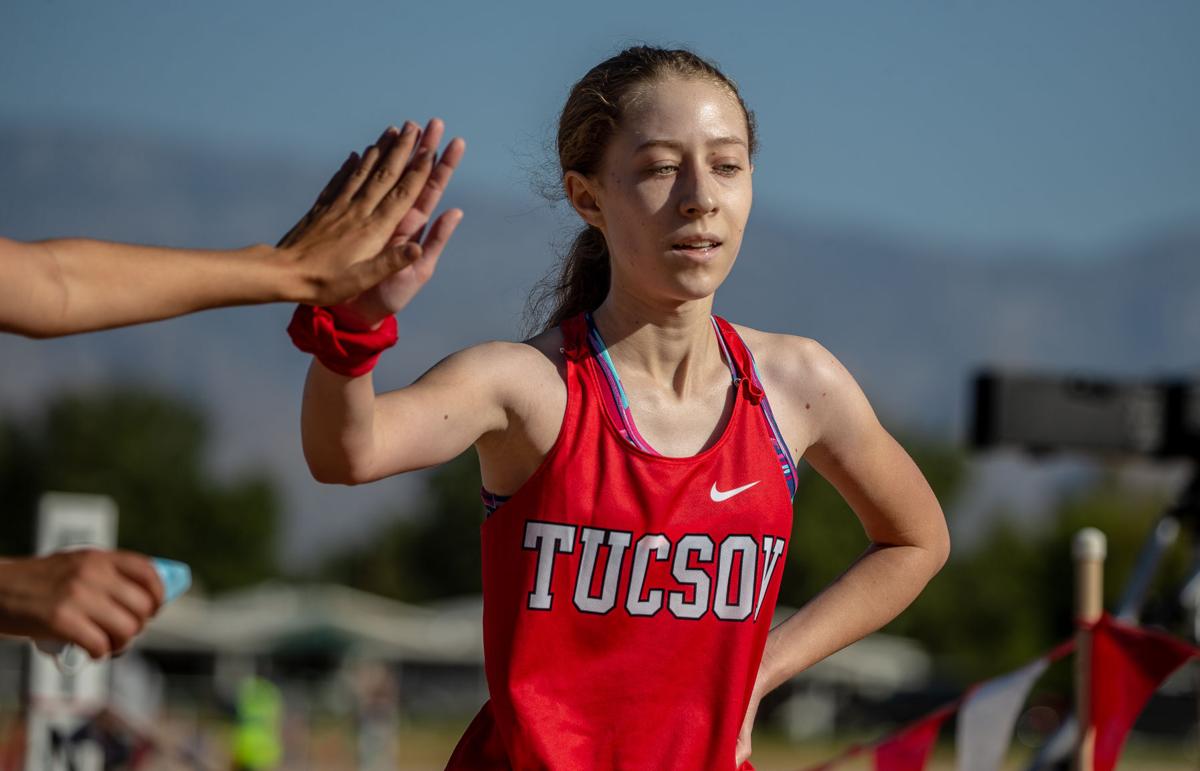