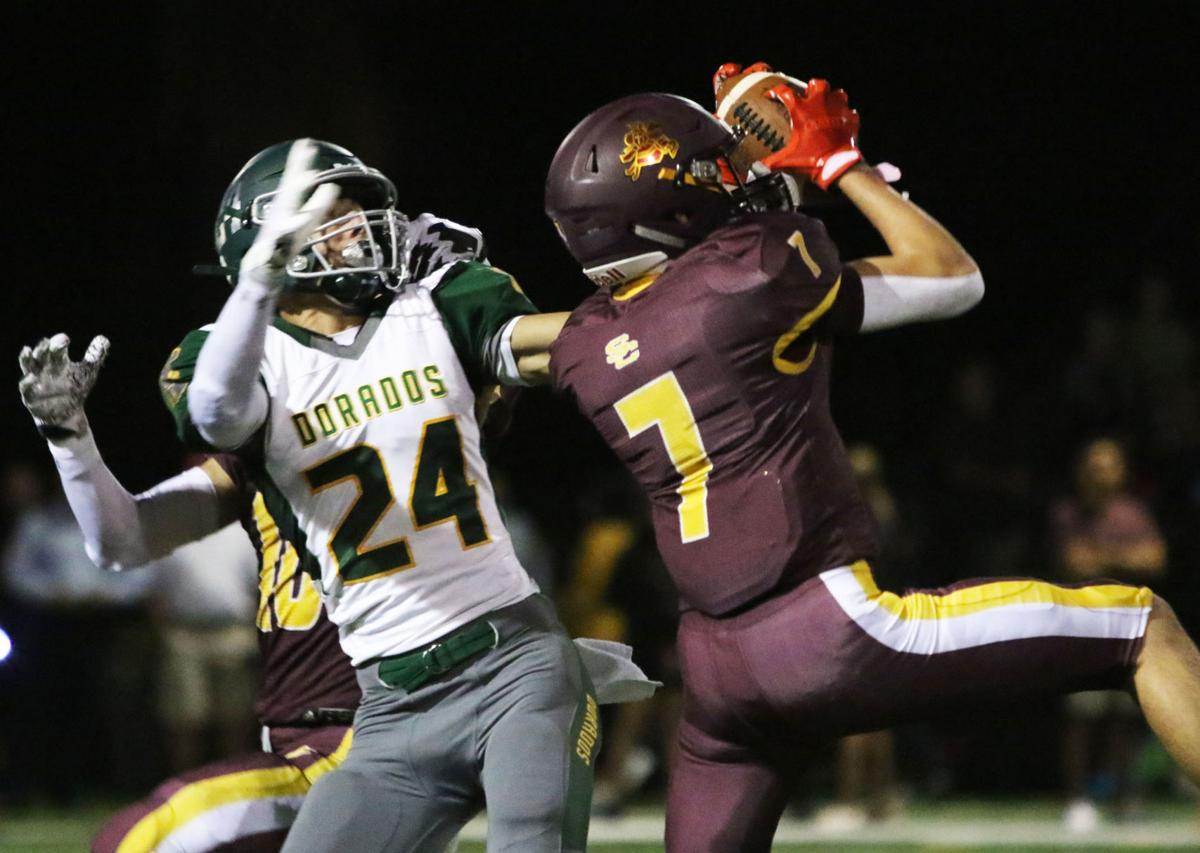 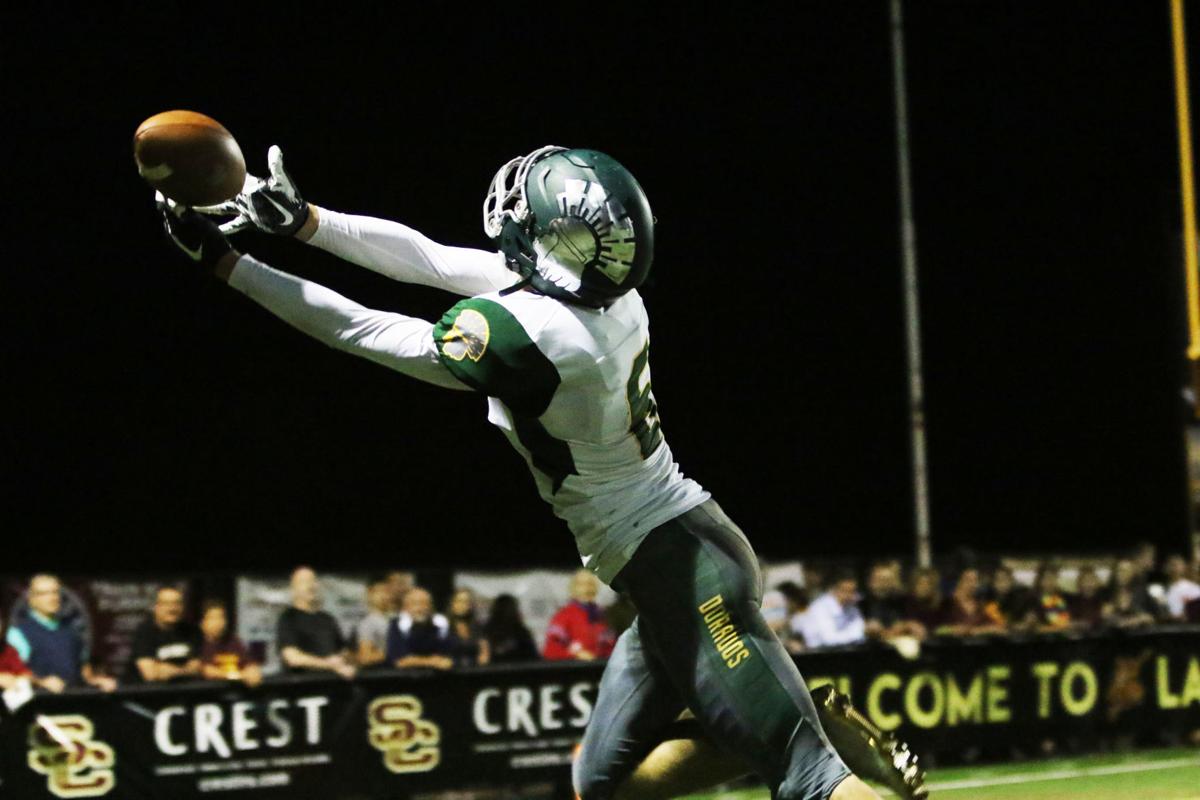 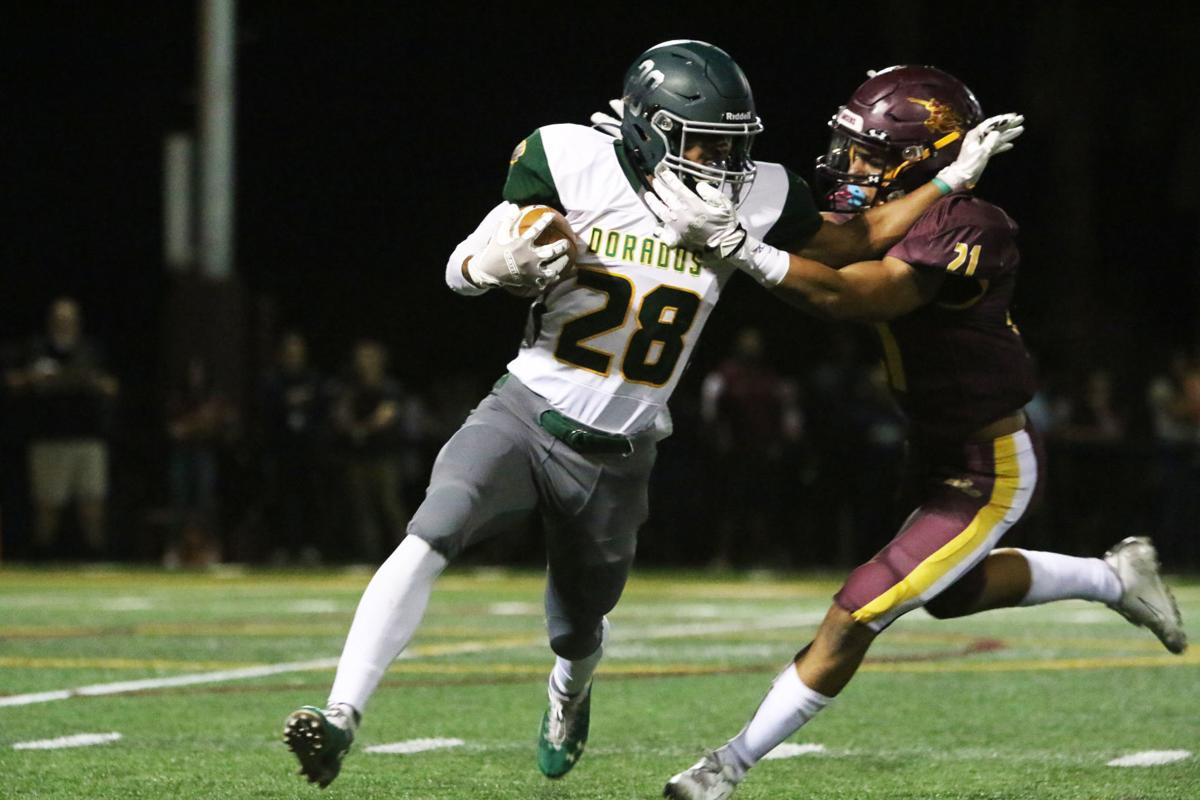 For the first time this season, Salpointe Catholic’s defense, rather than its offense, guided the Lancers through turbulent waters.

For a full half, Canyon del Oro executed the game plan, bleeding the clock and keeping the state's big-school all-time leading rusher and now-scoring champion, running back Bijan Robinson, on the sideline. But it proved impossible to keep the Texas commit cooped up for long, as he exploded for a 165-yard third quarter to seal the 35-0 home win.

“Bijan adjusts, and balls out every night,” safety Lathan Ransom said. “No one gets in his head. He never gets rattled. He always stays focused and pushes through.”

The Lancers (7-0) threw two first-half interceptions, once each from quarterbacks Treyson Bourguet and Jackson Bolin, and Bolin added another in the fourth quarter. All three were early in drives, forcing the defense quickly back onto the field after stalling a gritty CDO offense that just kept pounding away.

“Trust me, it was extremely frustrating,” Ransom said. “But it’s good to face that adversity in the regular season. It will really help us later this year.”

With two minutes left before half, the Dorados marched to Salpointe’s 25 but couldn’t convert the turnover into points.

That became the story of the game. The Dorados would march methodically across the field and eventually, the Lancers would bow up and make a stop. CDO (7-1) ran 64 plays to Salpointe’s 29, but accumulated just 150 total yards. Defensive lineman Sergio Sanchez was one of the defensive stars, accruing a bevy of tackles, including two for a loss.

“We put them in some tough spots,” Salpointe coach Dennis Bene said. “We throw a pick and they have to go right back on the field. I thought our defense played very well, really physical. CDO does a really good job creating mismatch problems but our guys hung in there.”

Salpointe’s most controversial slip up occurred immediately before half. After Ransom took a bubble screen 53 yards to the CDO 5-yard line with 6.7 seconds on the clock. Bolin’s ensuing pass skipped short of the Ohio State commit in the end zone, but there was a flag. The refs marched out a 23-yard holding penalty, ruling the violation occurred at the 18-yard line, and Salpointe’s 45-yard field goal attempt sailed just a few feet to the right, keeping the score at 14-0.

“It was just a challenge to the kids,” Bene said. “They came back and scored 21 unanswered in the second half. That’s how I wanted them to respond.”

Salpointe finished with nine penalties for 123 yards. When combined with the three Lancer turnovers, CDO coach Dustin Peace felt pretty good about how his group made an “above playoff quality team” uncomfortable, at least for a half.

“We threw a couple of balls over the top in the first half, and if we could have made it 7-7, it would have just breathed more life into us,” Peace said. “We just didn’t execute those plays we needed to at the right time.”

As has been the case for most of his career, which now includes 107 touchdowns, there was just no equalizer for Robinson, who finished with 265 rushing yards on 12 carries with four scores.

Another week of the high school football season is in the books! Check out the scores from Friday night.

'I'm all Bear Down, baby!' Future Wildcat Khary Crump Jr. hopes to make noise as a freshman in 2020

The Star talked to the three-star recruit following his Friday night game in El Segundo, California.

The Rangers are 4-4 heading into Friday night's game against Empire.