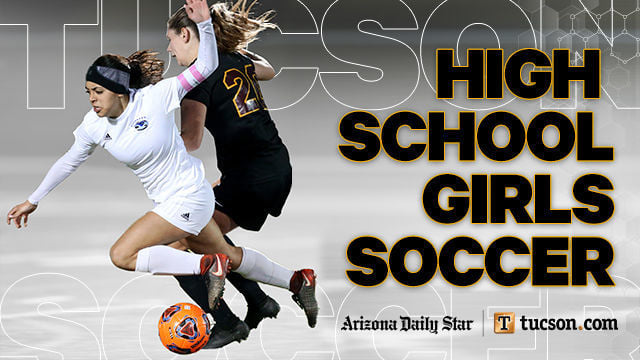 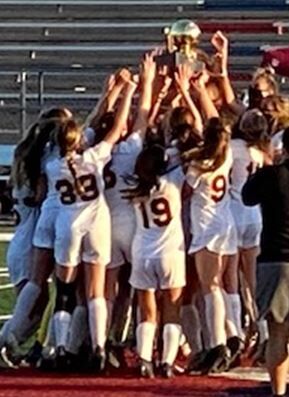 The Lancers (12-0-1) played forceful ball and did not shy away from contact with a game plan that left the Badgers (11-0) overwhelmed for much of the contest.

Junior Trinity Morales and scored one goal and assisted on another scored by freshman Anjeli DesRosier.

Salpointe controlled the flow of the match from the start, dominating possession and shots initially.

However, Prescott’s offense woke up halfway through the first half as the Badgers fired away multiple shots on goal, but to no avail. Still, the game remained scoreless at halftime, with both teams unable to find an opening.

The second half was highly physical, with defense from both Salpointe and Prescott preventing any scoring in the first 10 minutes.

Salpointe started to take control of the match halfway through the second half and dominated the time of possession for the remainder of the contest.

Salpointe finally broke the tie around 15 minutes into the second half off of a deep shot from junior Morales, which was knocked in by DesRosier.

With less than 10 minutes to go, Morales then scored, with a fierce shot into the upper corner that gave Salpointe a 2-0 lead it would not relinquish.

The Lancers earned their fourth Division 4A title since 2017 and capped off a dominant tournament run where they scored 16 goals and surrendered just one in four games.

Prescott, riding off of their most successful season in four years and appearing in their first final since the divisions were realigned in 2017, had their hopes of a perfect season dashed.

Neither team was made available for post-game interviews.

Editor's note: This story has been updated to reflect a correction in Salpointe's scorers.

Jaya Nelson scores 23 points, but the scrappy Lancers fall short in their bid for a state title.

Milinda Arguellez scores 13 points for the Caballeros, but they fall short in Class 5A state championship game.