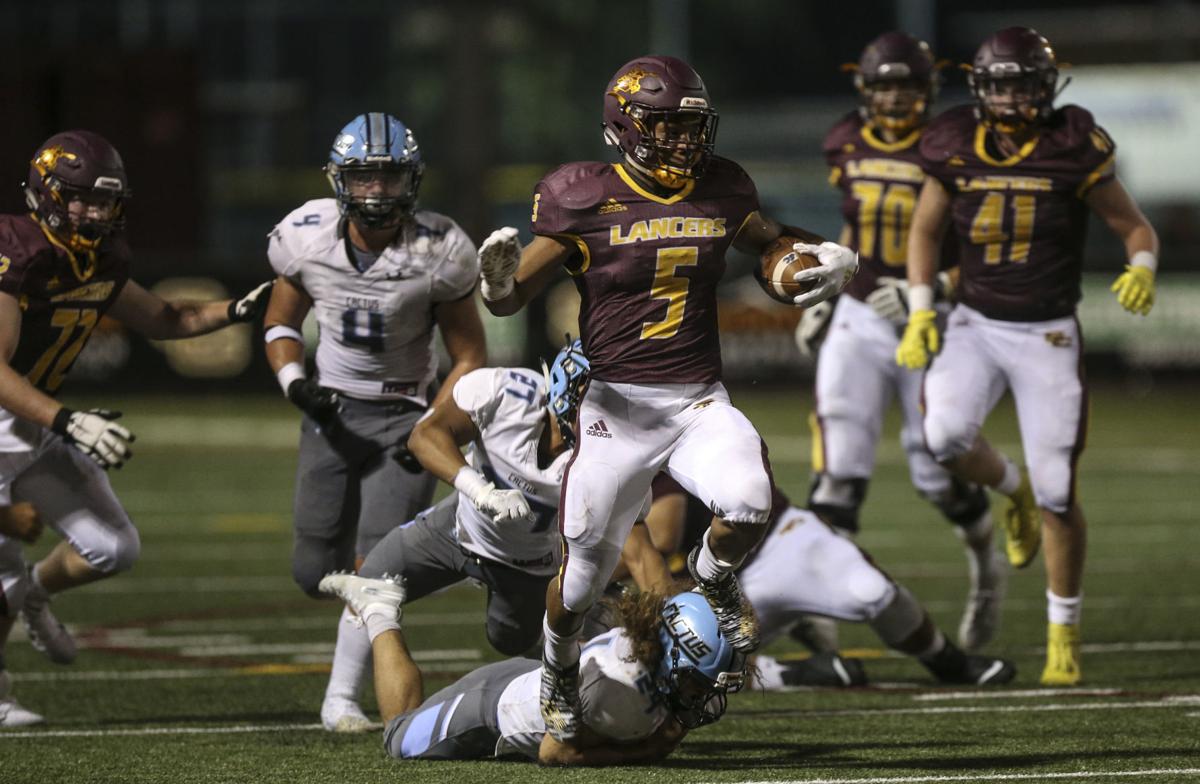 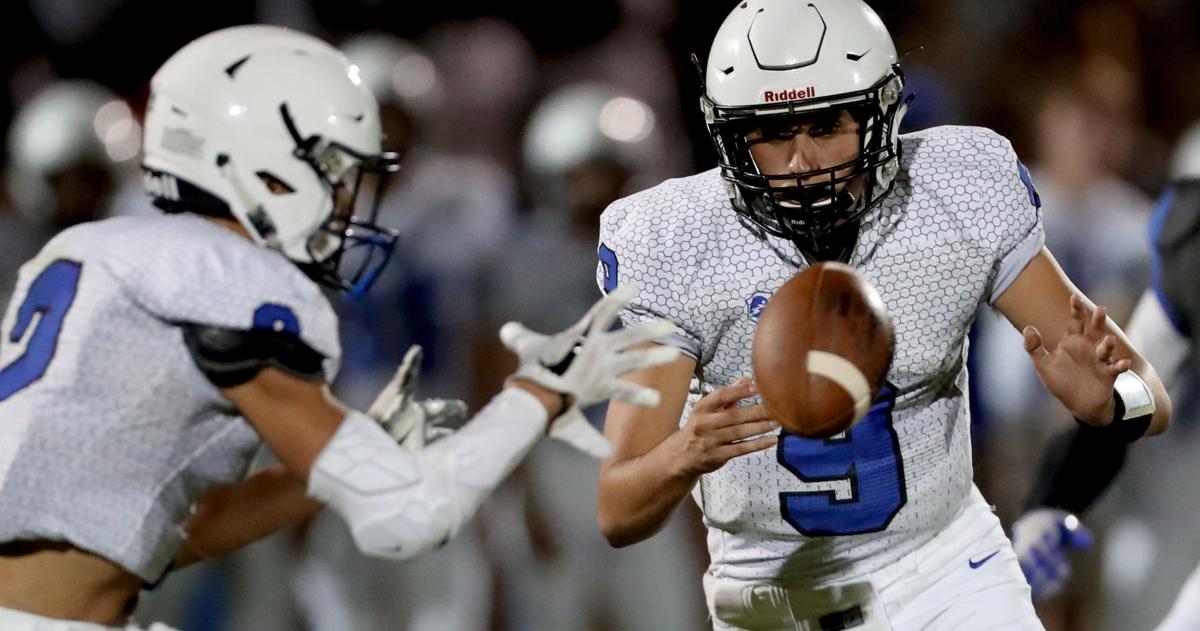 Catalina Foothills quarterback Conner Alubowicz, right, may miss this week’s game against CDO. He’s thrown for 500 yards and rushed for 146 this season.

At least according to Salpointe Catholic’s Dennis Bene as his Lancers (4-0) prepare for a road game this week at Sahuaro (6-0). The longtime coach, set to retire at the end of the season, scoffs at the idea anyone could think otherwise.

“We have great respect for our opponents. Last week was really important for us, same as the two weeks before that,” Bene said. “Our preparation isn’t going to change because we’re playing Tucson Sahuaro. Why would it?”

Regardless, plenty believe this might be it, the first opponent to test Salpointe, which has won its four games by a combined score of 247-48.

“It’s a once in a lifetime thing to see a group like that,” Sahuaro coach Scott McKee said of the Lancers.

He knows it will be an uphill battle even if running back Isaiah Davis returns after missing last week’s 33-22 win over Sunnyside.

The upset formula centers around keeping the ball away from Texas commit Bijan Robinson and the explosive Salpointe offense. Robinson, a 6-foot-2, 205-pound running back, is averaging 25.5 yards per carry, closing in on 1,000 yards already this season. But quarterback Jackson Bolin is on fire as well, completing 23 of 31 for 489 yards with eight touchdowns and just one interception.

“That’s hard to say too, because they’re so good defensively,” McKee said. “We’ve got just blue-collar kids that believe in us and do what we ask them to do. We try to play tough and be organized as best as we can.”

Sahuaro counters with a three-headed monster in the backfield, featuring Davis, Trevion Watkins and Jamir Gasaway.

“Their running backs are outstanding,” Bene said. “We just have to be very physical at the point of attack. Our defense is a very good tackling defense. We’re very fast. Anytime their kids have the football you’re going to see a lot of Salpointe helmets around him, that’s for sure.”

Shoe on the other Foot

Catalina Foothills looked like a program in transition for the first games of the Darius Kelly era, but there’s nothing like a road win over an unbeaten foe to show a team it’s on the right path.

The Falcons (2-3) took down Pueblo (4-1) last week and have set their sights on doing the same this week to Canyon del Oro (5-0). The defense is riding the momentum of allowing just 20 combined points over the last three weeks, including the shutout of Pueblo in which the Warriors had just 113 yards of total offense.

Davis emerges from the pack

Cienega coach Pat Nugent has found his bell cow back.

After rushing for 145 yards on seven carries with two touchdowns in a blowout win over Rincon/University, running back Gabe Levy wreaked havoc on Mountain View, rushing for 141 yards on 21 carries in a 14-0 victory last week. The lion’s share of the carries has become his to lose as the Bobcats (3-2) head to Sunnyside (1-4) Friday.

“He’s a beast,” Nugent said. “Unfortunately we had 16 penalties the other night and he had two touchdowns called back. He would have probably had over 200 yards.”

Doing a little bit of everything

If the 5-foot-10 signal caller didn’t get much taller before his senior year, affording him a better chance to play the position at the next level, Thomas would let Borbon play on defense as well. Now, neither has a choice.

Borbon intercepted two passes and made six tackles as a safety while running for more than 100 yards in last week’s 20-7. He even booted a 45-yard punt.

“He kept saying, ‘I can play safety’ and I said, ‘the last time you played safety was in youth ball,’” Thomas said. “You just challenge him. If I tell him he won’t get an interception, he’ll get one and say, ‘See I told you.’ He’s just one of those type of kids.”

The Colts’ (4-1) defensive improvement has been a key part of their success this season. They aim for another strong outing this week at home against Marana (0-5).

The senior quarterback has been the bedrock of the Falcons’ offense, passing for 500 yards and rushing for 146 more this season. But his status is in question for this week’s home game against Canyon del Oro.

If Alubowicz can’t play, linebacker Will Parker will take his spot.

Tucson's dry conditions should continue throughout the day after officially saying goodbye to the monsoon season.

A look at ex-Wildcats, Tucsonans through the first four weeks of the NFL season

Greg Hansen: Bijan Robinson (and his 25.5 yards per carry) on pace for one of the greatest seasons in Tucson history

Matchup between undefeated teams is game of the week — maybe the game of the year — in Tucson.

Desert View and Rincon/University are playing a rare Thursday night game; here's who we like to win

This week's slate of high school football games starts a day early. Desert View will travel to Rincon/University on Thursday night for a showd…

Salpointe Catholic star Bijan Robinson: My big season has been a 'blessing'

The Lancers' Texas-bound running back in the Star's player of the week.

Catalina Foothills quarterback Conner Alubowicz, right, may miss this week’s game against CDO. He’s thrown for 500 yards and rushed for 146 this season.