MARANA — Salpointe forward Kalista Kakou, with a brace on her left leg serving as a reminder of what she had overcome, kicked out with her right.

She didn’t get enough on it, but it didn’t matter.

After the ball had made its miraculous journey from a Lancer corner kick through a sea of legs, Kakou’s nudge in a 2-1 overtime victory over Catalina Foothills became the defining moment of the Class 4A girls soccer state championship at Mountain View High School.

The goal was credited to Catalina Foothills defender Veronica Bush, who had the final touch before the ball rolled into the back of the net, but it was nonetheless created by the pressure Kakou had put on Foothills’ backline all evening.

She has had a long road back from tearing her ACL after last year’s state championship, but the senior made the most of her opportunity off the bench Wednesday night.

“I couldn’t even walk, and I felt sad every single second,” Kakou said. “But I had these girls supporting me since Day 1. They were like, ‘You’re going to come back. Don’t even worry about it.’ ”

Her teammates were there once again Wednesday.

Salpointe, which also won the Class 4A boys title this year, put on an offensive showcase, racking up 18 shots, 11 on goal, along with six corner kicks. It was only because of heroic efforts from Foothills goalkeeper Flavia Burrell that the game even reached overtime at 0-0.

Although the fifth-seeded Falcons (16-7) had a few of their own chances, Salpointe mostly controlled the game from start to finish. From the opening minute, the third-seeded Lancers (17-2) put their opponent on its heels. They did that in their last meeting with Foothills on Jan. 29, taking a 2-0 lead in the first five minutes, before relaxing and eventually losing 3-2.

“We usually get an early goal, but our issue has been maintaining it,” Pierce said. “We knew at no point in this game could we get complacent or comfortable.”

Freshman Maci Brenier deserves much of the credit for that.

The pint-sized striker, nicknamed “Little Maci,” was a menace against a much bigger Foothills’ backline. She didn’t back down, taking a few hard tackles, even once having Soli Moton land on top of her to stop a run.

Brenier secured her own memorable moment with a rocket from 20-plus yards out that dipped just over the outstretched arms of Burrell and under the crossbar to open the scoring less than five minutes into overtime.

“Their defense was insanely good. They were so hard to get through, and we just had to keep pushing,” Brenier said. “I was just in the right place at the right time. I was set up perfectly by my teammates. I couldn’t ask for anything better.”

But the celebration was short lived.

Foothills captain Hannah Draper made a daring run to the back post and was rewarded with a perfect cross landing square on her head. She nodded home the goal less than 40 seconds after Brenier’s score.

“It’s tough but for me it was like, ‘OK, they’ve scored, but we’re going to get one back,’ ” Kakou said. “It’s like tennis. You hit one. They hit one. But we were going to get the last point.”

Pierce mentioned the word “history” after the match.

It was 20 years ago that she led the Lancers as a player to a state title. This was the seventh in program history, but according to Pierce, it’s the first time Salpointe has won three straight titles in any sport.

Even though she has overseen only two, she understood what it meant for the seniors, who have left a unique mark on such a storied high school athletics program.

Salpointe and Catalina Foothills played to a scoreless draw in regulation, then managed three goals between them in OT as the Lancers prevaile…

Sabino routs Fountain Hills 75-52 in second round of 3A tournament.

Rincon/University's first season in Class 5A ends in the quarterfinals.

Under a bill that advanced Wednesday in the Legislature, police would no longer need an excuse to pull over a motorist who isn't buckled up.

A man fell off his horse at the staging area of the Tucson rodeo parade on Thursday morning and suffered a head injury, officials say.

Pusch Ridge beat Sabino to advance into the 3A state title game tomorrow.

Pierce isn't sure where she finds the time, but she's emerged as one of Southern Arizona's top coaches. 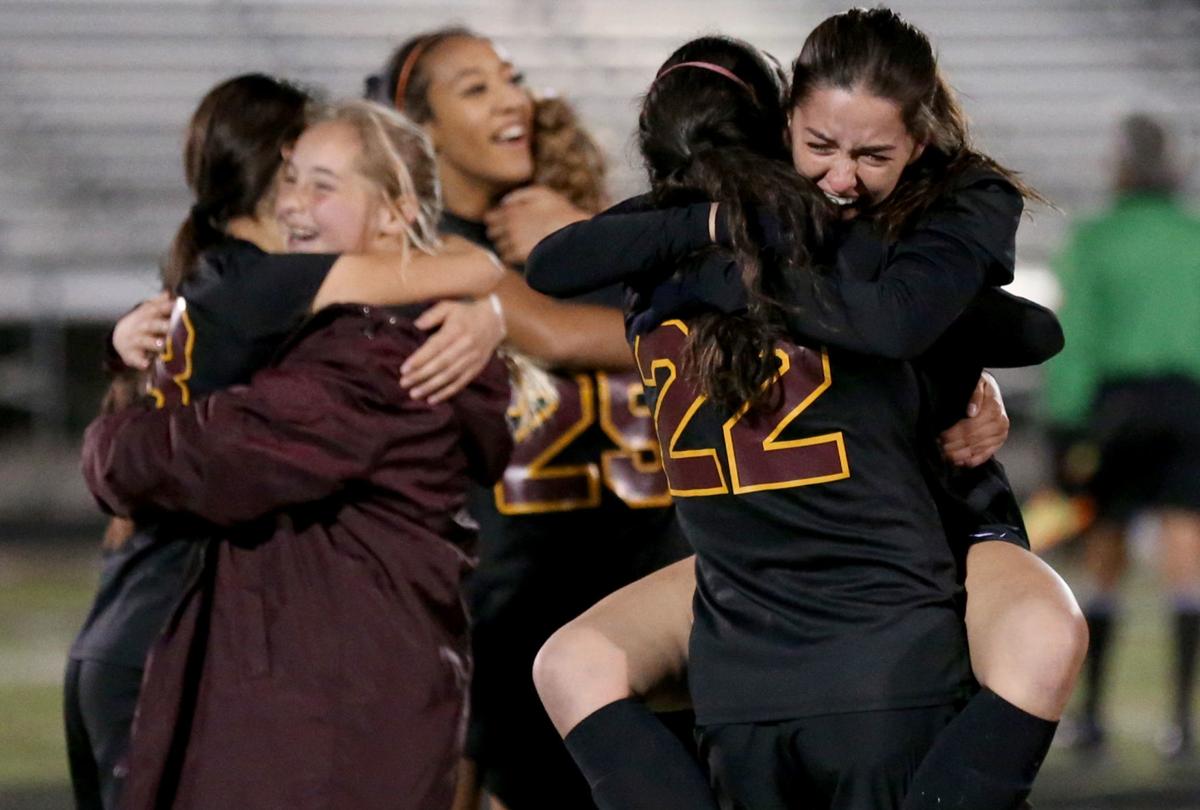 Salpointe’s Valentina Campos, right, jumps into the arms of teammate Anissa Fernandez as Salpointe celebrates its 2-1 overtime win against Catalina Foothills in the 4A championship. Salpointe is coached by Kelly Pierce, who won two state crowns as a Lancer player. 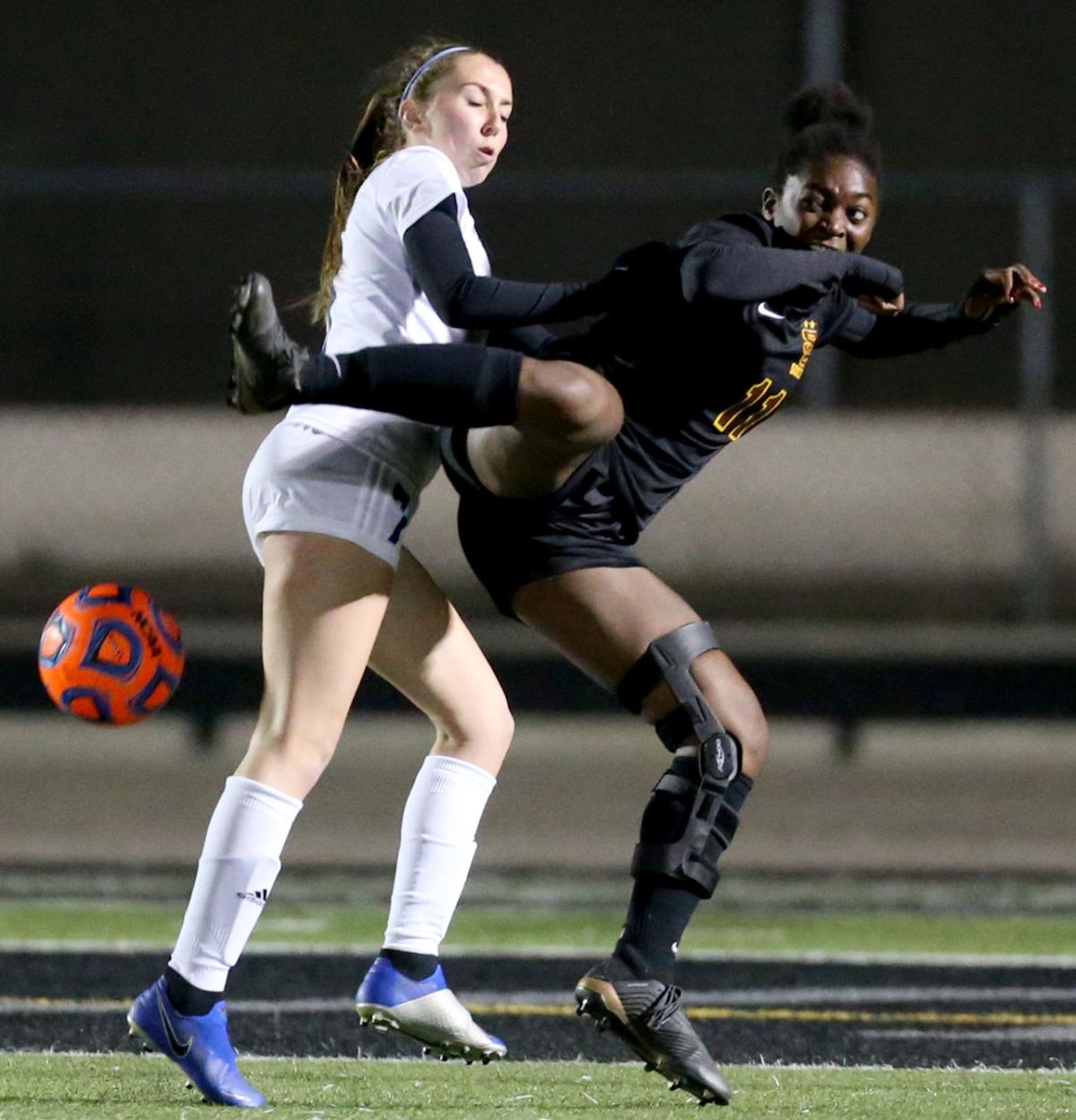 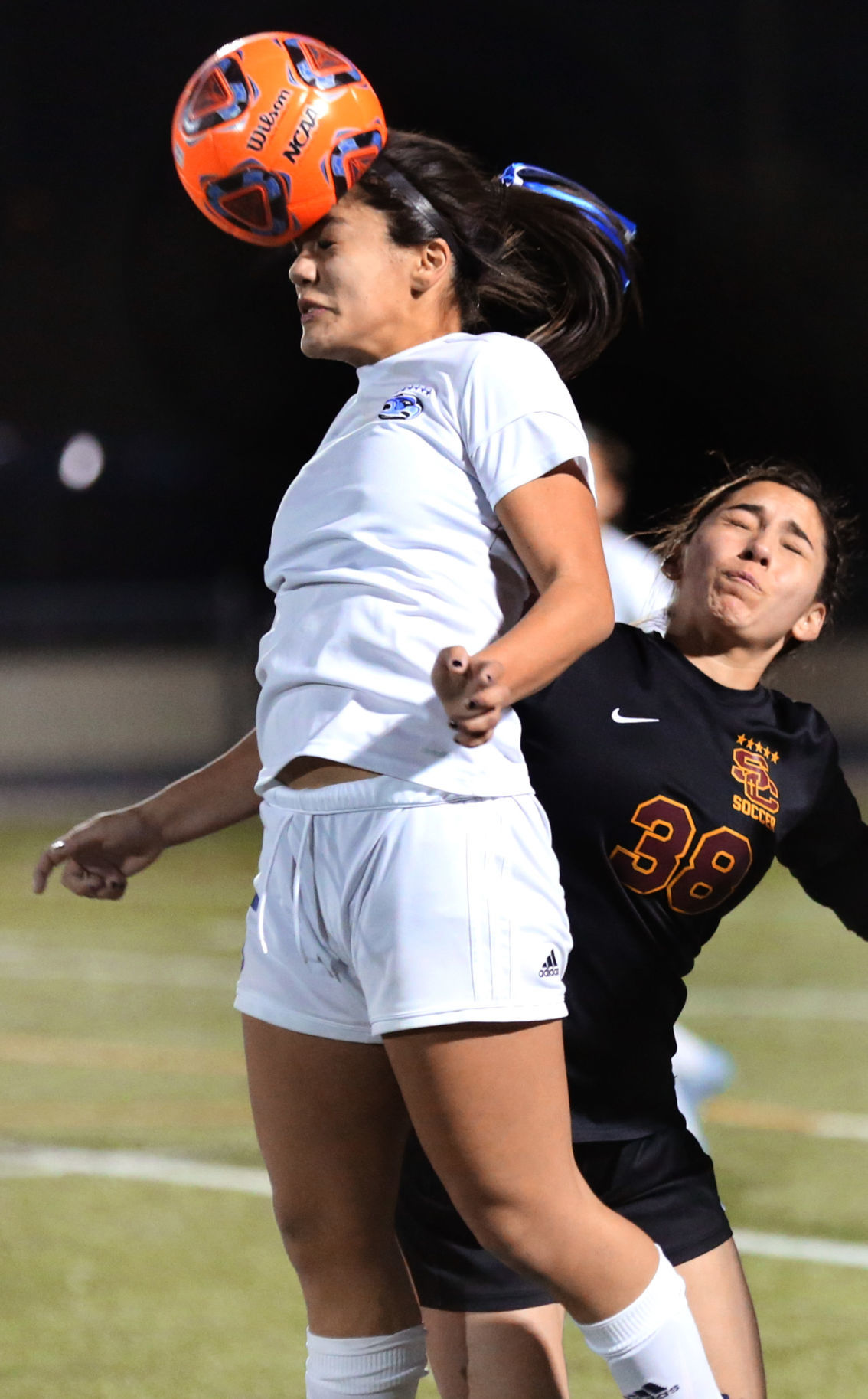 Catalina Foothills’ Dania Shabat jumps in front of Salpointe’s Alexis Delgado to clear the ball away in the first half.