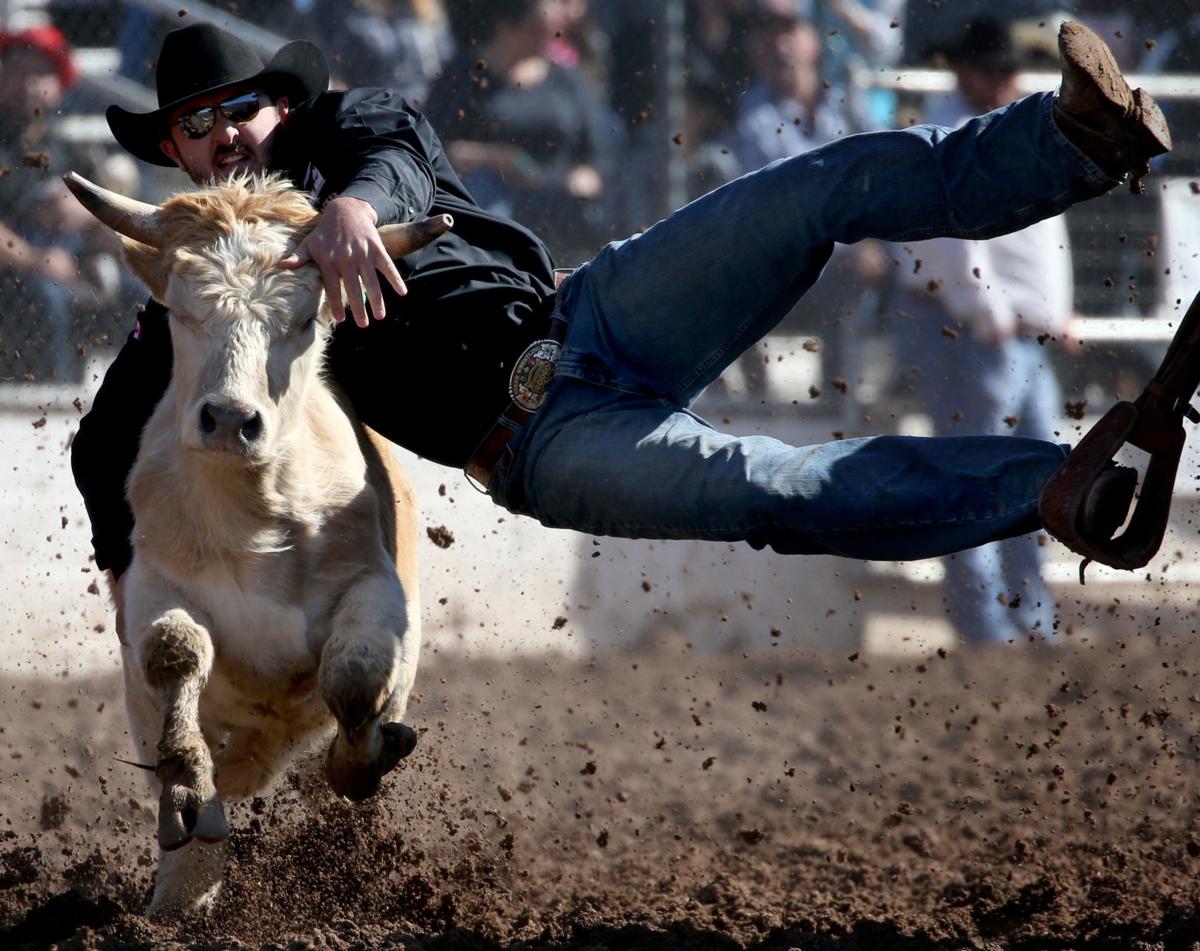 Stephen Culling was able to grab hold of his steer, but ended up with a 10-second penalty, raising his time to 19 seconds in the steer wrestling event Sunday. The 94th Annual La Fiesta de los Vaqueros ended on a nice, sunny day after a week of tough weather. 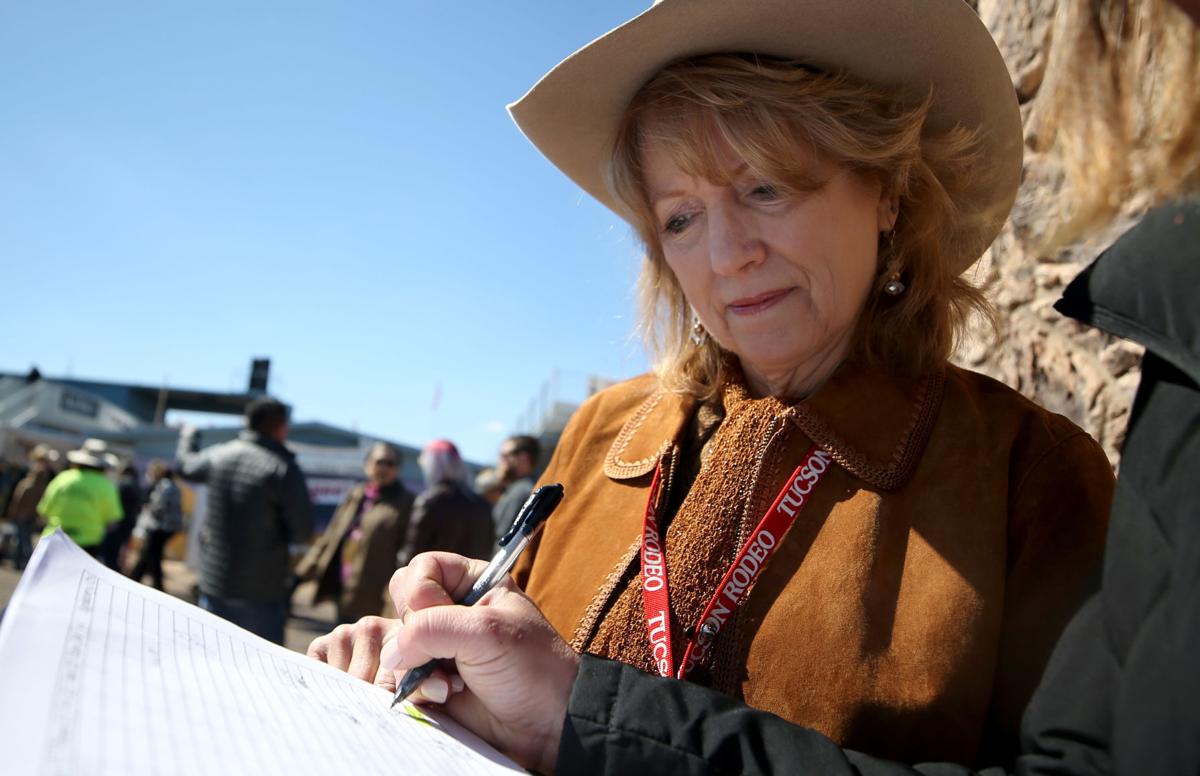 Candace Staar, on the Ticket Taker Committee, gets party invitations delivered to the working volunteers. “It’s such a wonderful group of people to work with,” Staar said. She’s been helping at La Fiesta de los Vaqueros since 2012. 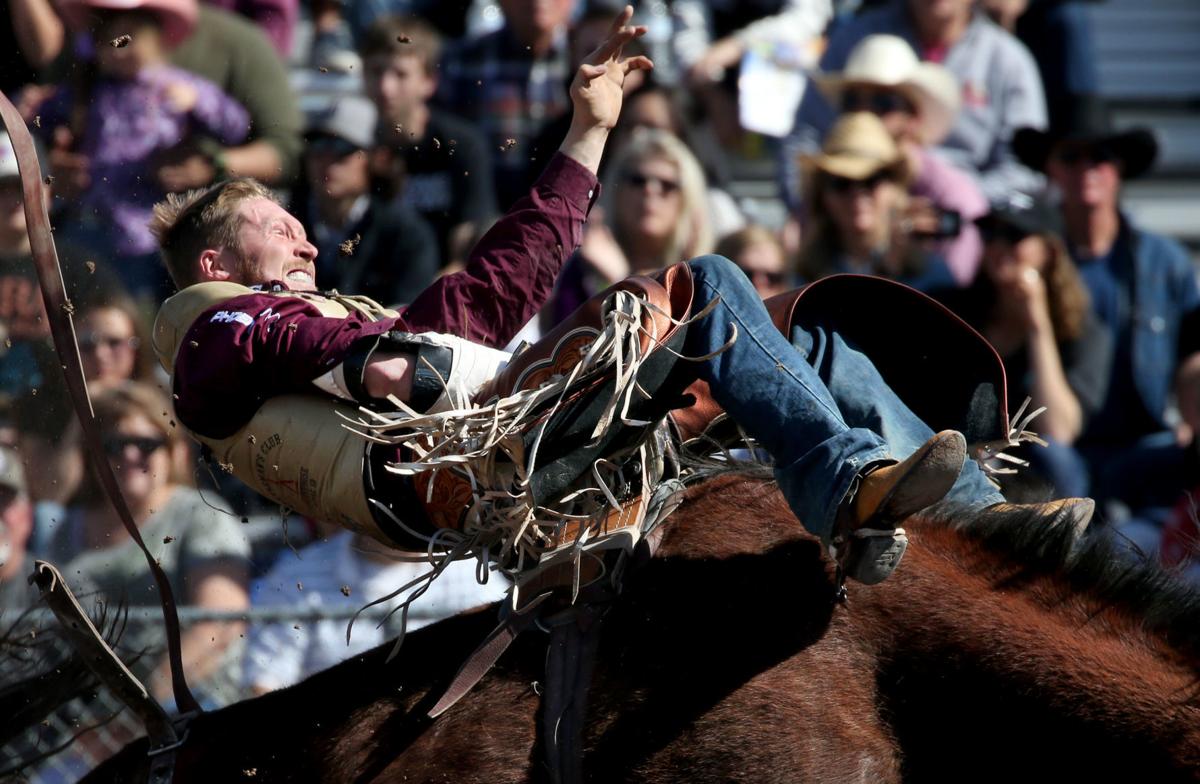 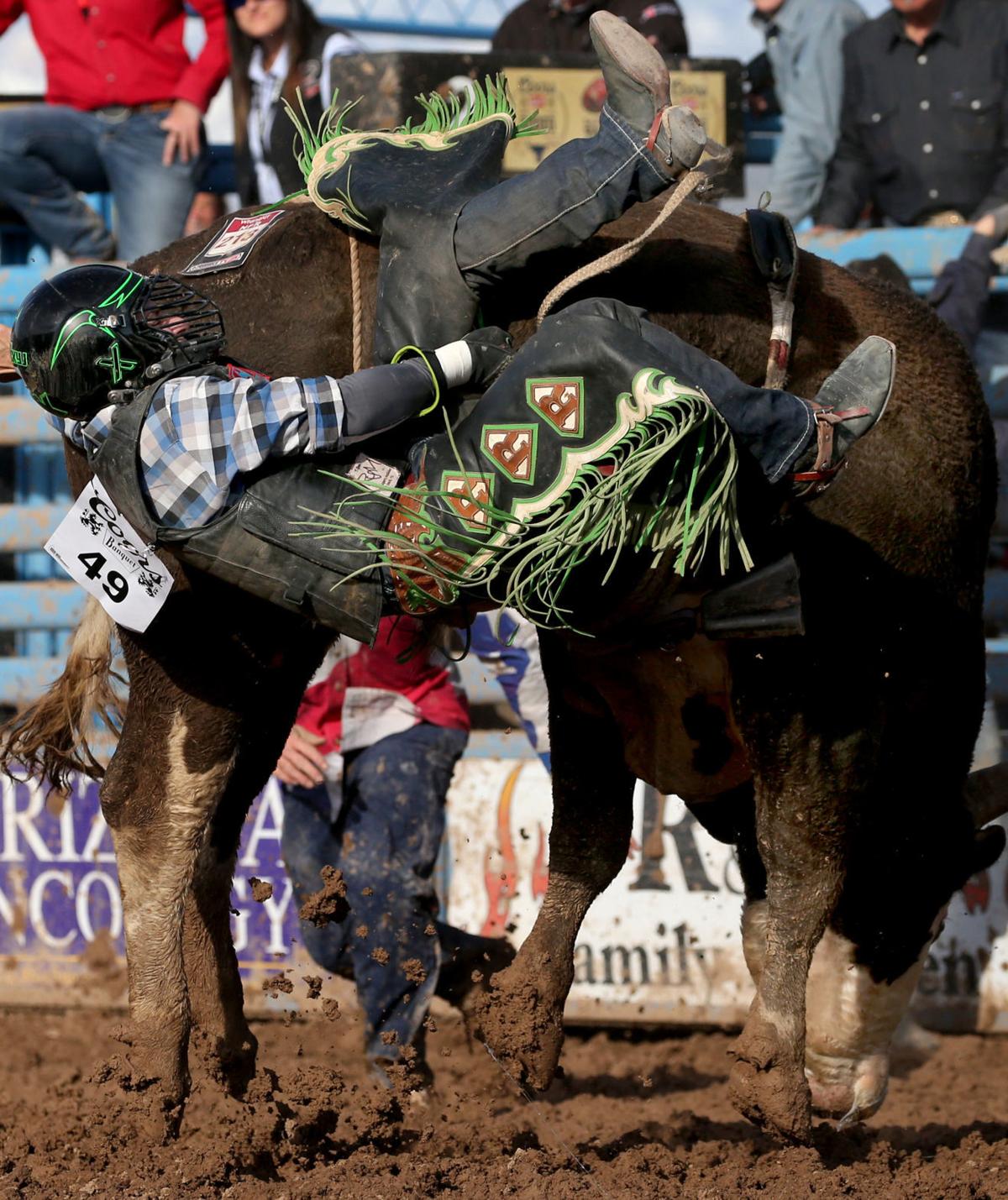 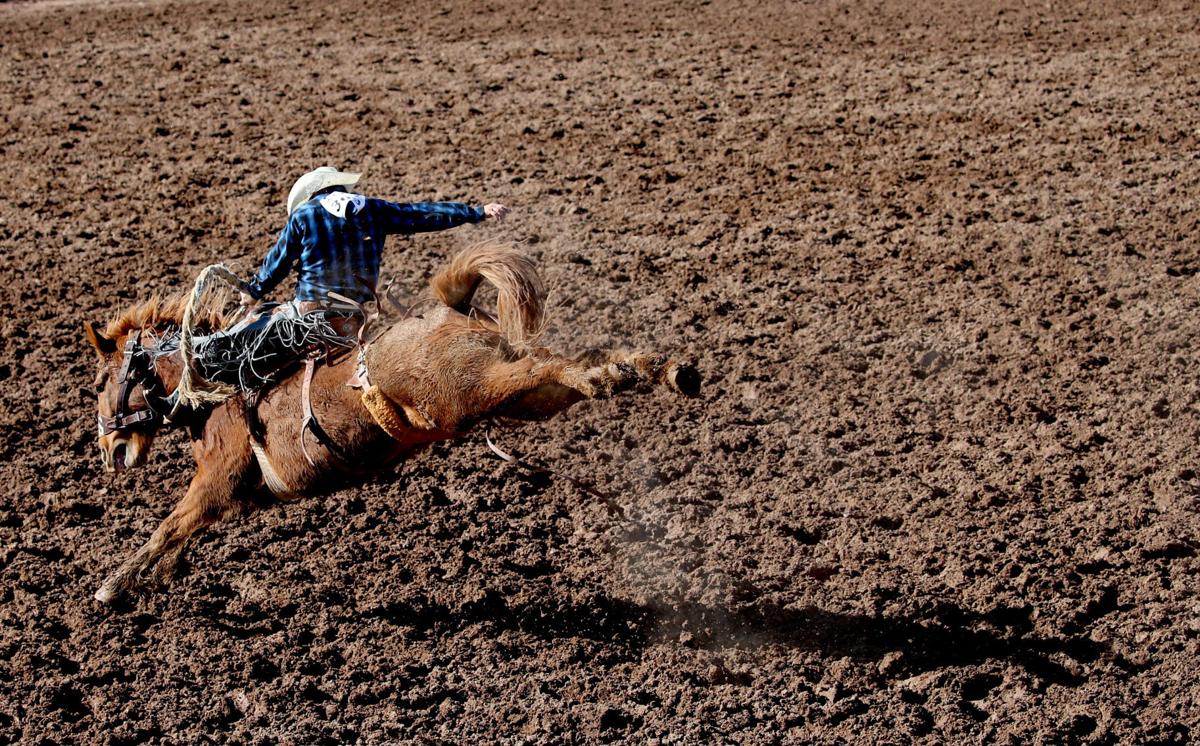 Three years after first moving to Tucson, Candace Staar had no idea that a day spent at the Tucson Rodeo would completely change her life — and introduce her to two great loves.

The Des Moines, Iowa, native had been familiar with rodeos, but had never attended one until she went one day in 2010 with a few friends. While there, as she walked down one of the aisles, Staar bumped into a man she knew and was familiar with through dancing nights out at the Maverick.

The man asked her to sit with him to watch the rodeo, and then it was all over. Staar found herself head over heels.

“Next thing I know, I have a towel over my head,” Staar said. “It was a rainy day like this and the horses were throwing mud up and he kept me from getting splattered by mud. And I go, ‘what a gentleman.’”

By 2012, Brad and Candace Staar were married. That same year, Staar started volunteering with the Tucson Rodeo.

One of Staar’s friends was the head of the Ticket Takers Committee and asked Staar if she would mind working at the gate.

“I came one day that year, then two days the next year and then I started working every day and now I’m sitting in the office doing things,” Staar said.

Staar, who worked as the coordinator for the University of Arizona emergency medicine program before retiring, said she’s now working on getting the Ticket Takers Committee computerized.

Along with moving data over to a computerized database, Staar set up a Facebook page for the volunteers.

“Just evolving as we go. Where we see a need, we fix it,” Staar said. “We’re just trying to go with the flow as there’s more media and keep up with it.”

While the 65-year-old spends most of her time in the office underneath the grand stands, Staar always makes sure to dress for the occasion. For the second performance, Staar was decked out in pink from her cowboy hat to her cowboy boots for Pink Day.

Even though Staar hadn’t grown up going to rodeos in Iowa, she always loved the Western lifestyle. As a child, Staar wanted to grow up to be Annie Oakley or Penny, a character from the 1950-60s TV series “Sky King.”

She loves the people who attend, the vendors and the volunteers.

On Wednesday, a day before a winter storm brought snow to the rodeo grounds, the weather was already looking less than desirable with strong, cold winds and overcast skies.

However, Staar said she was still impressed by the number of volunteers that came out to work.

“It’s such a wonderful group of people to work with, and everybody is so committed to making it work,” Staar said. “If you look, this is a miserable day — it’s one of the most miserable day you could be out here — and we had three people not show up that were on the list. And they all had good reasons.

“People are just so good, they’re so dedicated to this.”

'It's a test': Cowboys know ride with Killer Bee often ends in the mud

The vaunted bucking horse has few peers in rodeo.

The fifth performance of the 94th annual Fiesta de los Vaqueros saw plenty of action, but the biggest moments didn’t come from any of the comp…

“Riding bulls in the mud isn’t too much fun,” one says.

“Alls I am is a highlight,” which is why Chuck Lopeman is part of the Tucson Rodeo.

Greg Hansen: These two people — and so many more — make Tucson Rodeo special

Cowboys gear up for (hopefully) safe rides at Tucson rodeo

Ticket sales are up as the curtain rises on the first pro rodeo competition of the 2019 La Fiesta de los Vaqueros.

Stephen Culling was able to grab hold of his steer, but ended up with a 10-second penalty, raising his time to 19 seconds in the steer wrestling event Sunday. The 94th Annual La Fiesta de los Vaqueros ended on a nice, sunny day after a week of tough weather.

Candace Staar, on the Ticket Taker Committee, gets party invitations delivered to the working volunteers. “It’s such a wonderful group of people to work with,” Staar said. She’s been helping at La Fiesta de los Vaqueros since 2012.