For the first time in its 95-year history, La Fiesta de los Vaqueros is canceled.

Tucson Rodeo organizers announced Thursday that the event, scheduled for February, will not take place because of the coronavirus pandemic. The decision was made "as we have learned more about the medical realities of the COVID-19 pandemic and the logistical realities of social distancing within the context of our rodeo," event officials said in a news release. A decision on the Tucson Rodeo Parade, another annual tradition, is expected early next week.

The rodeo relies on ticket sales to fund prize money given to the event's winners. To break even, the rodeo needs to draw an average of 7,700 fans per session to its 11,000-seat arena, said Gary Williams, Tucson Rodeo's general manager. Pima County Health Department regulations would have capped attendance at 2,200 fans per session.

"We would lose hundreds and hundreds of thousands of dollars," Williams said. "With the livestock and the announcer, our costs are fixed, whether there's 2,000 people or 11,000 people in the stands."

Even if the rodeo could break even financially, the logistics would have been a nightmare. Williams said he would've had to cut the number of vendors by half in order to account for social distancing. Fans would have been forced to move in one direction around the arena and space out in the grandstands. It's unclear whether food and drink sales, both major money-makers, would have been allowed.

Mostly, though, rodeo organizers were concerned that out-of-state competitors and vendors could expose locals to the virus. The rodeo draws between 600 and 700 contestants from throughout North America every year, and they often interact closely with fans in the stands.

Williams said his biggest fear was that an asymptomatic cowboy would give the virus to a fan, who would then become sick or die. Allowing that to happen "would be unconscionable on our part," he said.

Instead, rodeo officials will focus on preparing for the 2022 event. Williams said members of the rodeo committee will soon turn their attention to a handful of improvements that they've been too busy to tackle in the past. They plan to re-do the drainage system in the arena and haul in more dirt, among other things.

"What's very important is that we're going to keep them engaged," Williams said. "We're not going away; this (event) isn't going away."

The decision to cancel the rodeo will affect Tucson financially. Rodeo officials say their event has an annual financial impact of more than $15 million. in 2020, the Tucson Rodeo Committee donated $250,000 to charities.

The rodeo is the latest in a line of local events to be canceled because of the pandemic.

Tucson’s Winterhaven Festival of Lights will not take place after the city and county deemed it unsafe.

The Tucson Gem & Mineral Show, hosted every January and February at the Tucson Convention Center, was called off last month. Hosted by the Tucson Gem and Mineral Society since 1955, the main show at the TCC is considered the largest, oldest and most prestigious gem and mineral show in the world.

The Arizona Wildcats are playing football and basketball games, but without fans in the stands and with mixed results. Last week's football opener at Utah was canceled after Utes players tested positive for the virus. The American Hockey League's Tucson Roadrunners are targeting a February return to the ice, but it's unclear whether fans will be allowed inside Tucson Arena. The same goes for the Indoor Football League's Tucson Sugar Skulls, who are expected to start their season March.

The Cologuard Classic, a PGA Tour Champions event scheduled for Feb. 21-28 at the Omni Tucson National Resort, is still a go.

Founded in 1925, the Tucson Rodeo — and its accompanying parade, held the Thursday of "Rodeo Week" — has been a Tucson tradition. The event has taken place every year since. Only once, in 1943, was there a hiccup. That year, the rodeo grounds were being used to house soldiers from Davis-Monthan Air Force Base during World War II. The Tucson Jaycees, the group that used to run the rodeo, announced plans to move the event to a plot of land across from the old El Conquistador Hotel. Tucson's chamber of commerce allowed the event to move for one year, but said it would need a different name.

"Most of the committee was involved in putting it on," Williams said. "It wasn't called the Tucson Rodeo, but it still was the February rodeo in Tucson."

Photos: Tucson Rodeo through the years

Players' parents and close family members will only be allowed to attend UA football games this season.

Gary Williams, the only general manager in the Tucson Rodeo's 95-year history, is retiring

The rodeo made the announcement Friday, saying that it will "soon begin the process of searching for a new general manager."

Photos: Take a look at the Tucson Rodeo Parade through the years

In previous years around this time in February, bleachers would start to line East Irvington Road in preparation for another Tucson Rodeo para… 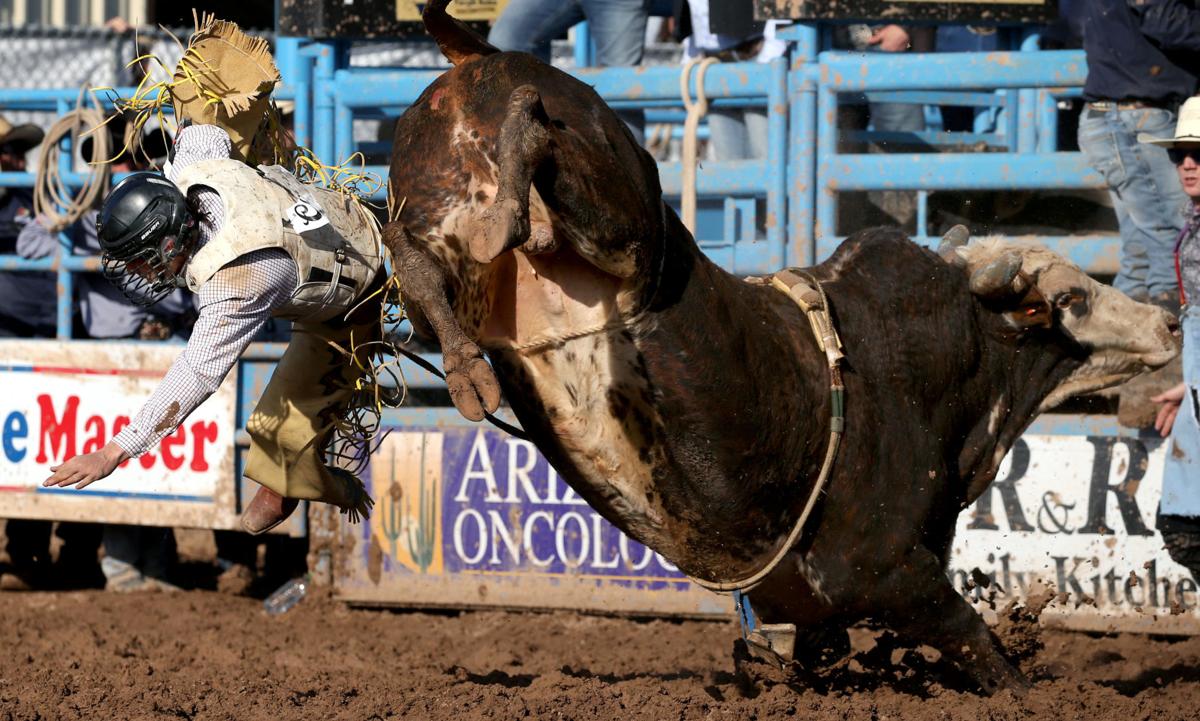 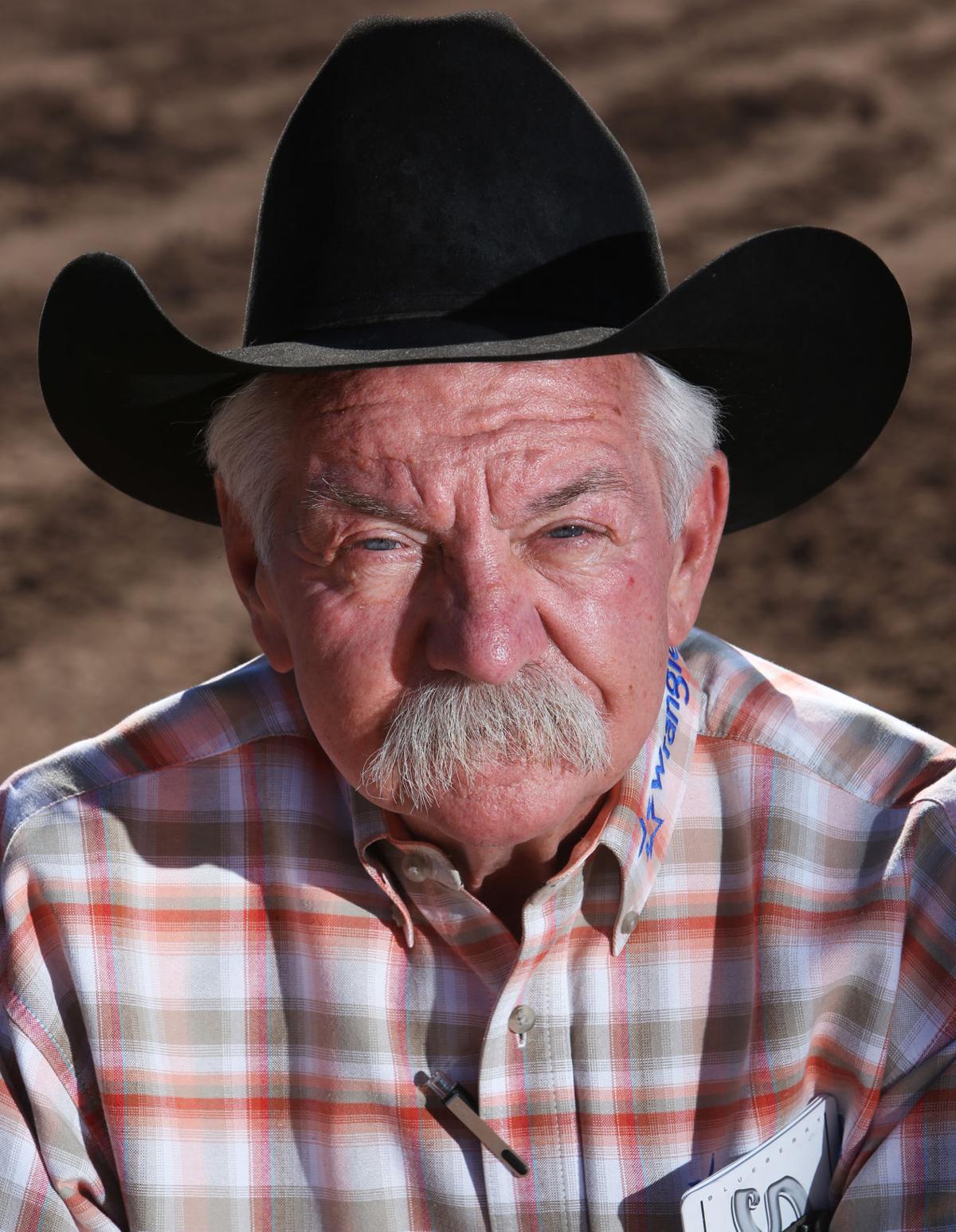